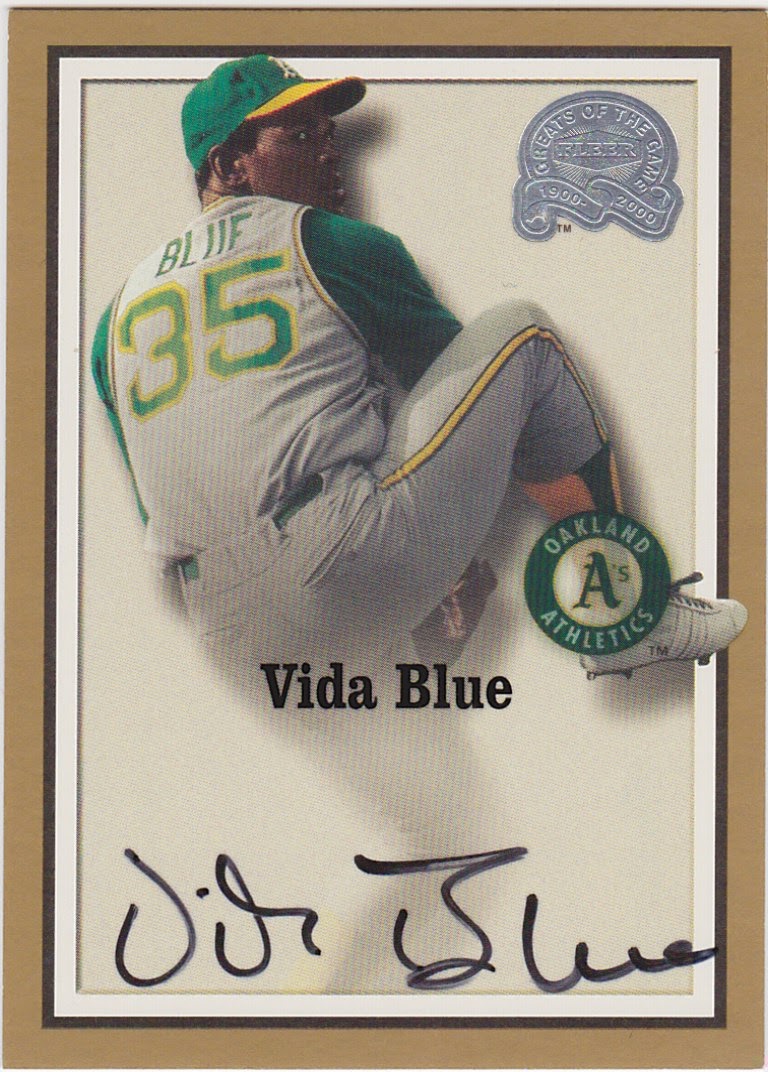 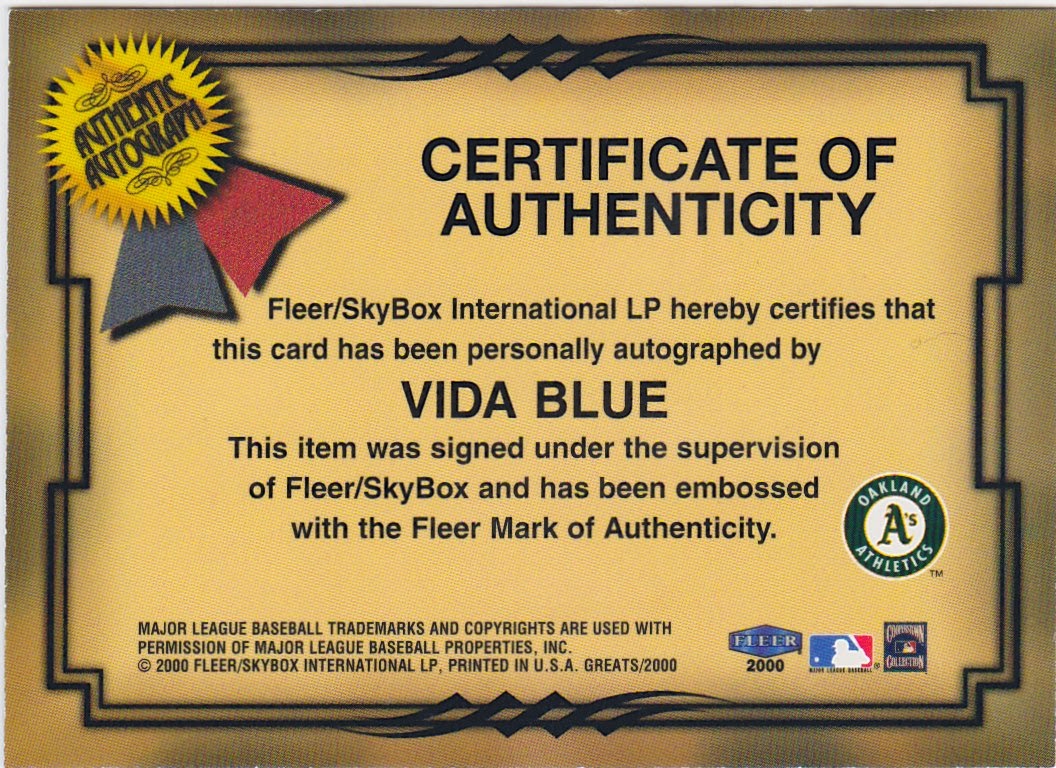 I'm a member, and a lot of other bloggers are as well. I see Vida Blue cards pop up quite often on the blogs I read regularly. I don't actively collect Vida Blue cards but I have a few. I think this Fleer Greats of the Game is my only autographed one and the only non-regular issue card of his that I own.

I can't swear to this but I was told by University of Houston football coaches that Blue was once a verbal commit to the program. In addition to being a star pitcher he had been an All State quarterback in Mansfield, Louisiana but his father died when Blue was a senior and he decided to forego college and sign a baseball contract to help support his mother and younger siblings.

I had no idea that there was a band (two actually) named Vida Blue and Vida the pitcher once joined his namesake band on stage at a concert. Headlining the group was Page McConnell of Phish. Poking around You Tube I found some of their stuff. It's electronica and right up my alley.