Coins of the Realm 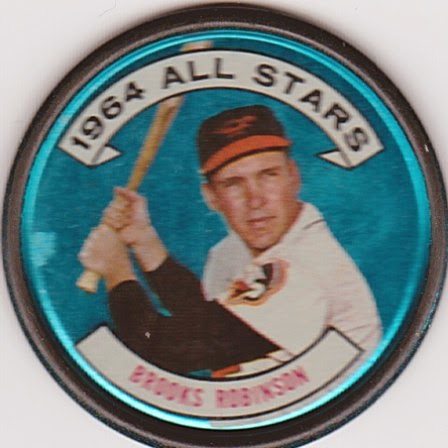 I keep finding more of my stuff that hasn't seen the light of day in awhile. These are 1964 Topps coins. I've got a stack of these including the Orioles and some stars from both the 1964 and 1971 coin sets. 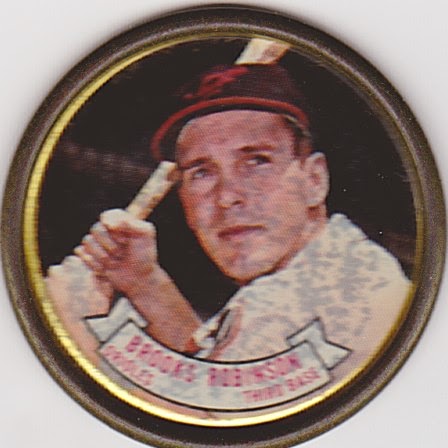 The set has a lot of star power. And you can find most of the Hall of Famers pretty reasonably.There is a B-I-N Koufax All Star coin on eBay for 9 something now and I've seen them lower than that. Including the All Star coins there are 164 coins in the set plus three variations/errors. The checklist can be found here. 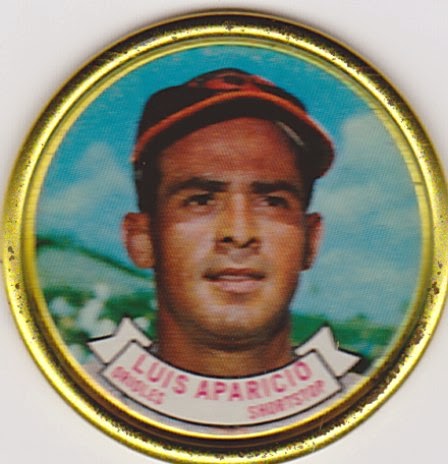 I actually like the regular coins more that the All Star ones. Something about the gold rim makes them stand out. The All Stars coins, done in blue (A.L.) and red (N.L.), look a lot like the 1971 coins. I pulled out a bunch of the '71s as well and I'll post them soon. 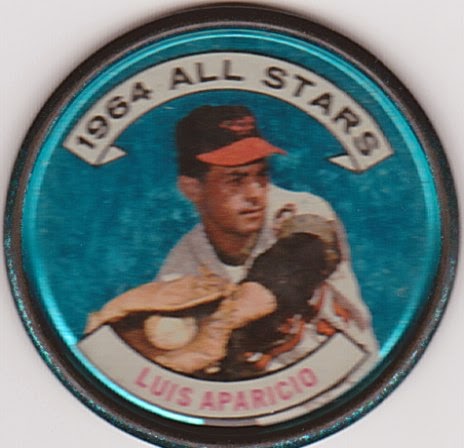