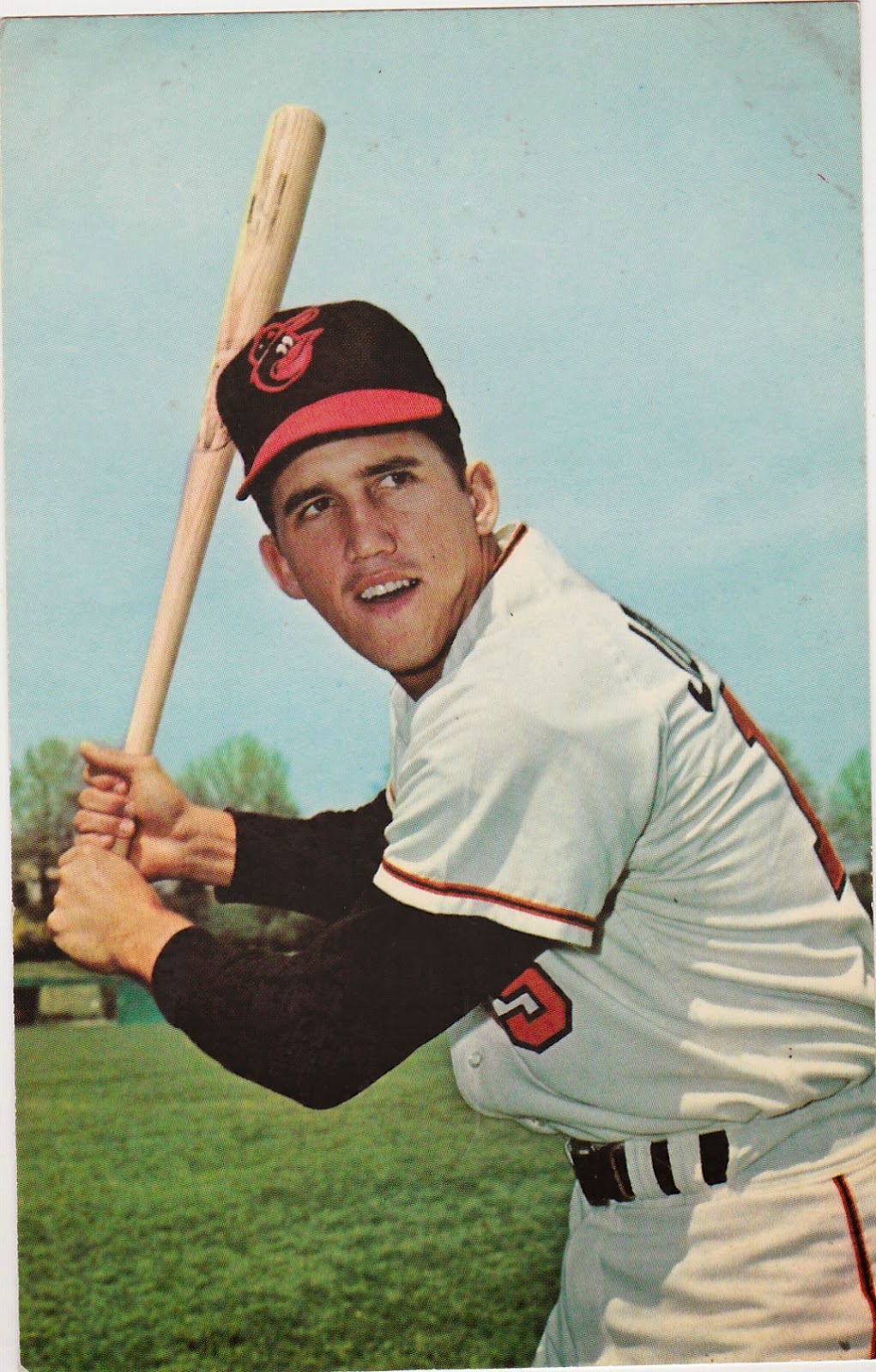 I managed to extract the last of my Orioles Dexter Press postcards from their binder page today. It was a harrowing experience. But I took it slow and the cards came out fine. The glossy finish has reacted with the vinyl pages over the years it seems because the fronts are somewhat sticky and I had a hard time lifting them off the scanner platen.

The Mark Belanger card is the only one that features an Oriole in a road uniform. This shot resembles those used in the large 5 x 7 Dexter Press cards that I've posted previously. Palm trees=spring training. 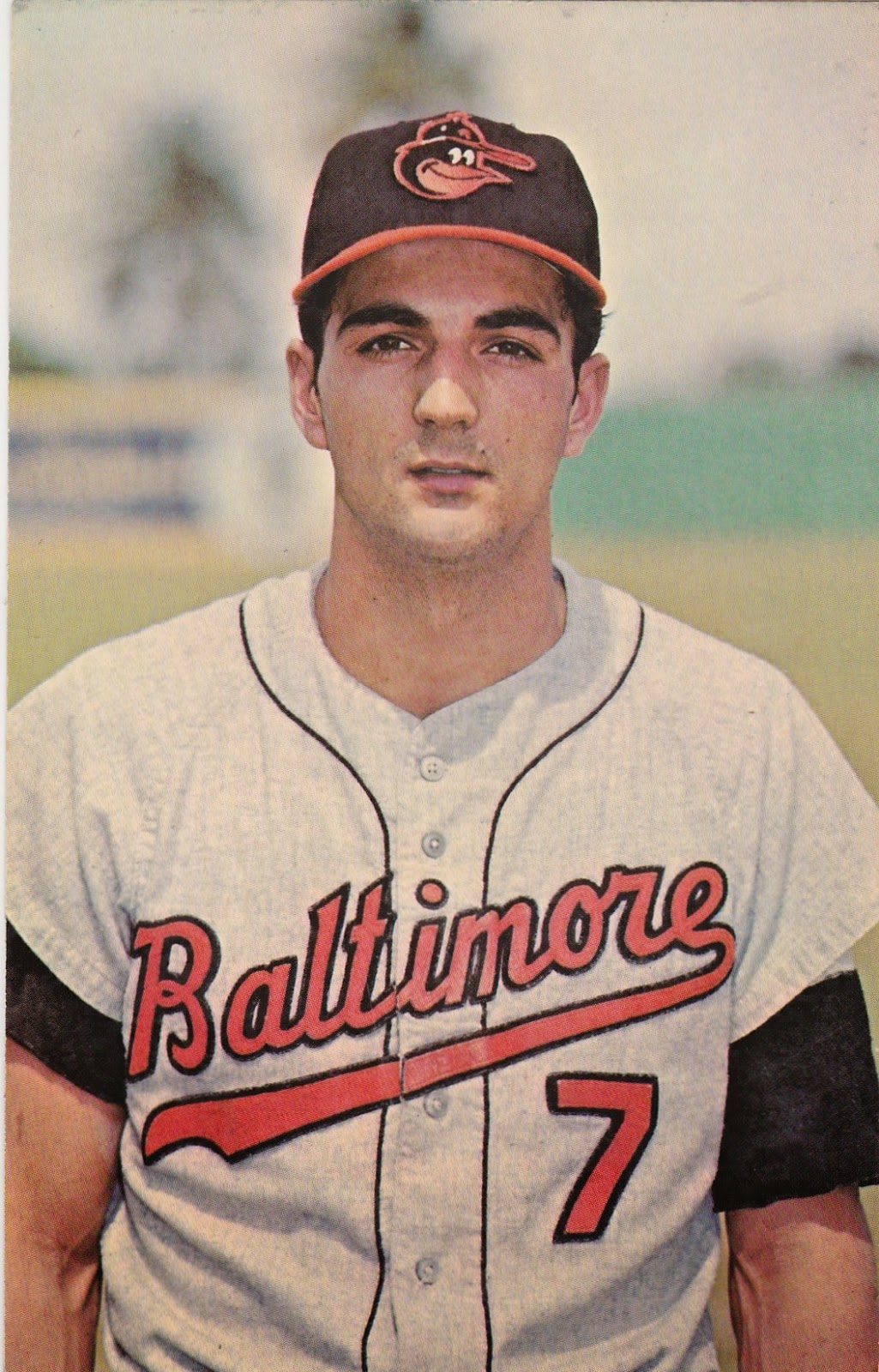 Tom Phoebus had his picture taken a bit closer to game time than most of the others. The crowd looks to be filing into the bleachers. 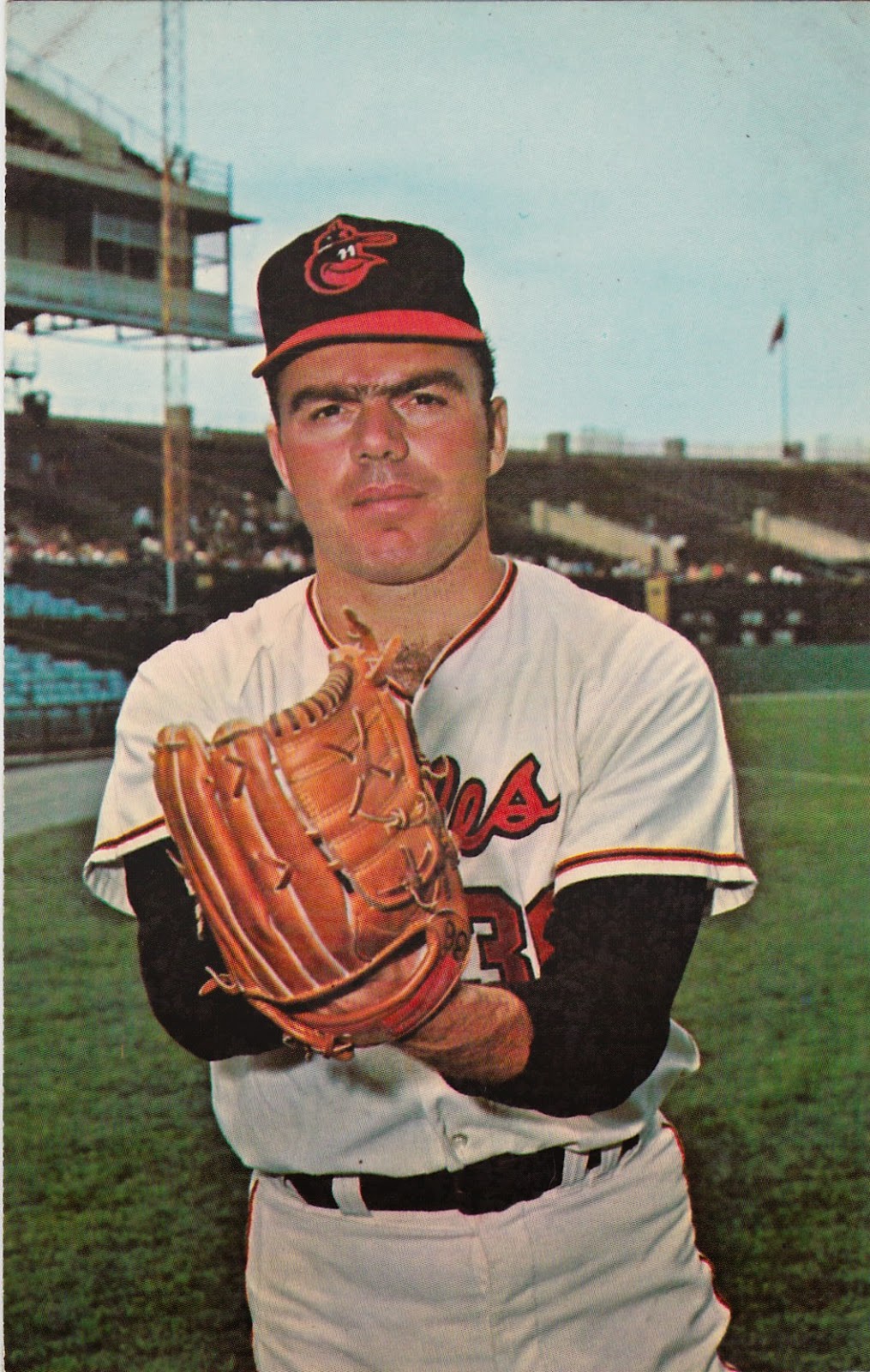 Here is the back of the Davey Johnson card. Here, from the text on the back, is a trivia question that'll win you a beer next time you're in a bar: Dave Johnson is the last player to get a hit off Sandy Koufax. He singled off Koufax in the sixth inning of Game Two of the 1966 World Series. That was last inning Koufax pitched before he retired.

Johnson has always been one of my favorite baseball people. His firing by by Peter Angelos in 1997 was the final straw leading to my break from baseball. Davey began his association with the game by serving as the Washington Senators' batboy during spring training in 1953. It's kind of neat that he wrapped up his career as manager of the Washington Nationals last year.

More Dave Johnson facts: He received a math degree from Trinity University in San Antonio, was at the forefront of the game's computer revolution, he can speak Japanese, has a pilot's and real estate license and taught scuba diving. He won the Manager of the Year award in each league and 14 of 17 teams he managed with the Mets, Reds, Orioles, Dodgers and Nationals finished either first or second. I think he belongs in the Hall of Fame as a manager but it'll be tough sledding. 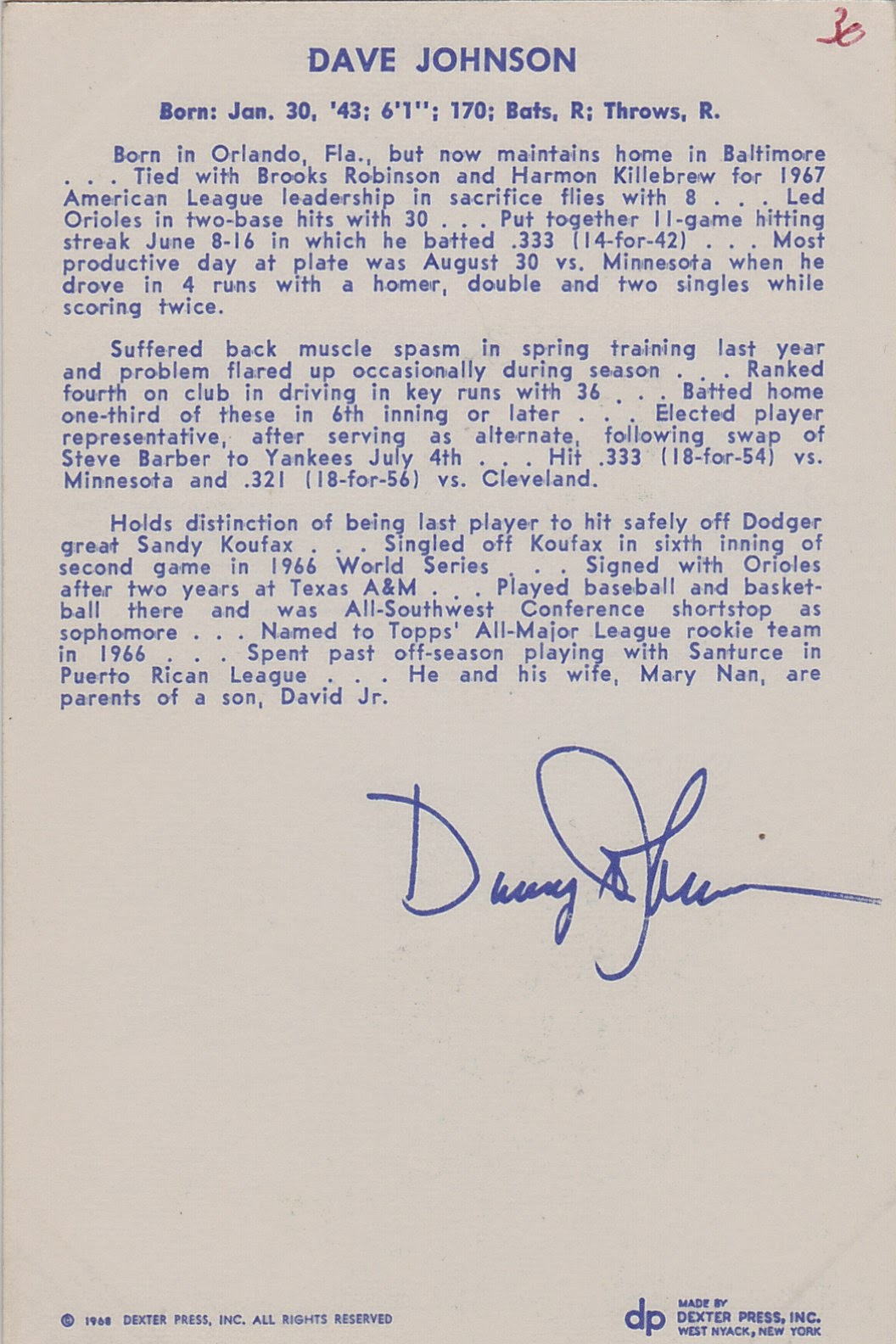 The next four-pocket sheet in the binder contained these postcard sized photocards. These unauthorized 1972 issues were distributed in Canada, or at least were manufactured there by Pro Star Promotions. They have a matte finish and they slid out of the binder page without a problem. Further proof that the gloss on the Dexters is behind the problems I had. 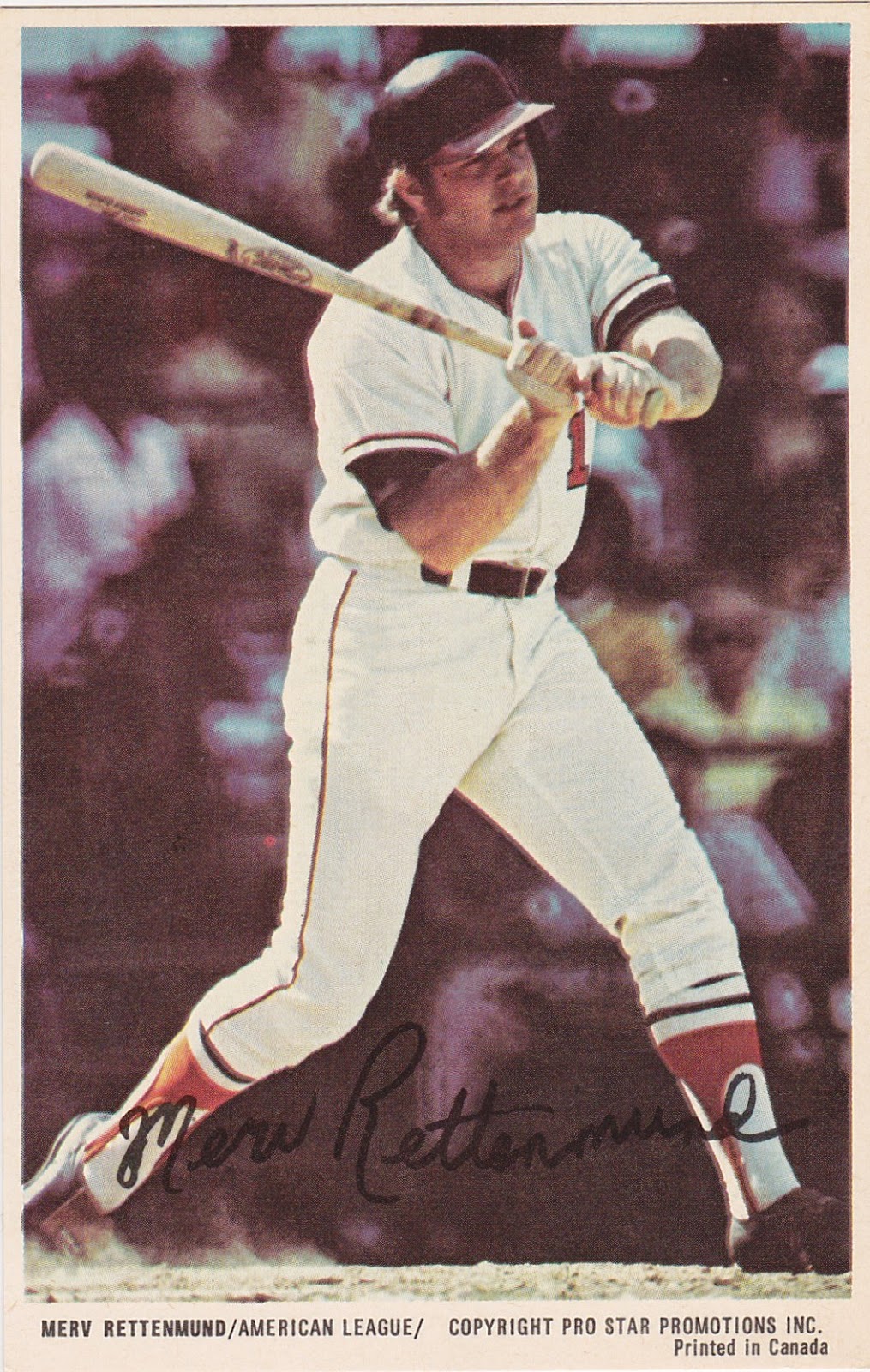 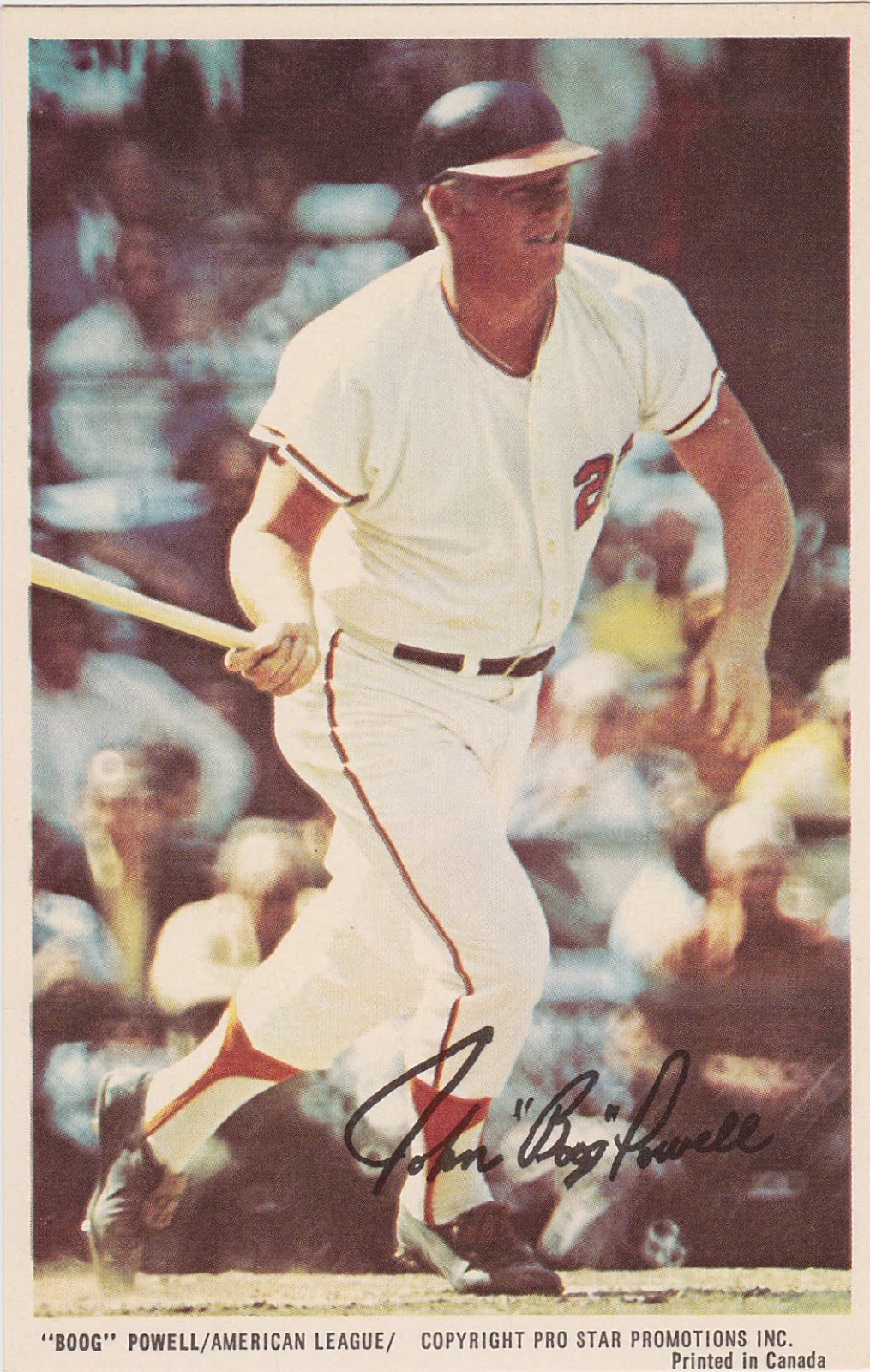 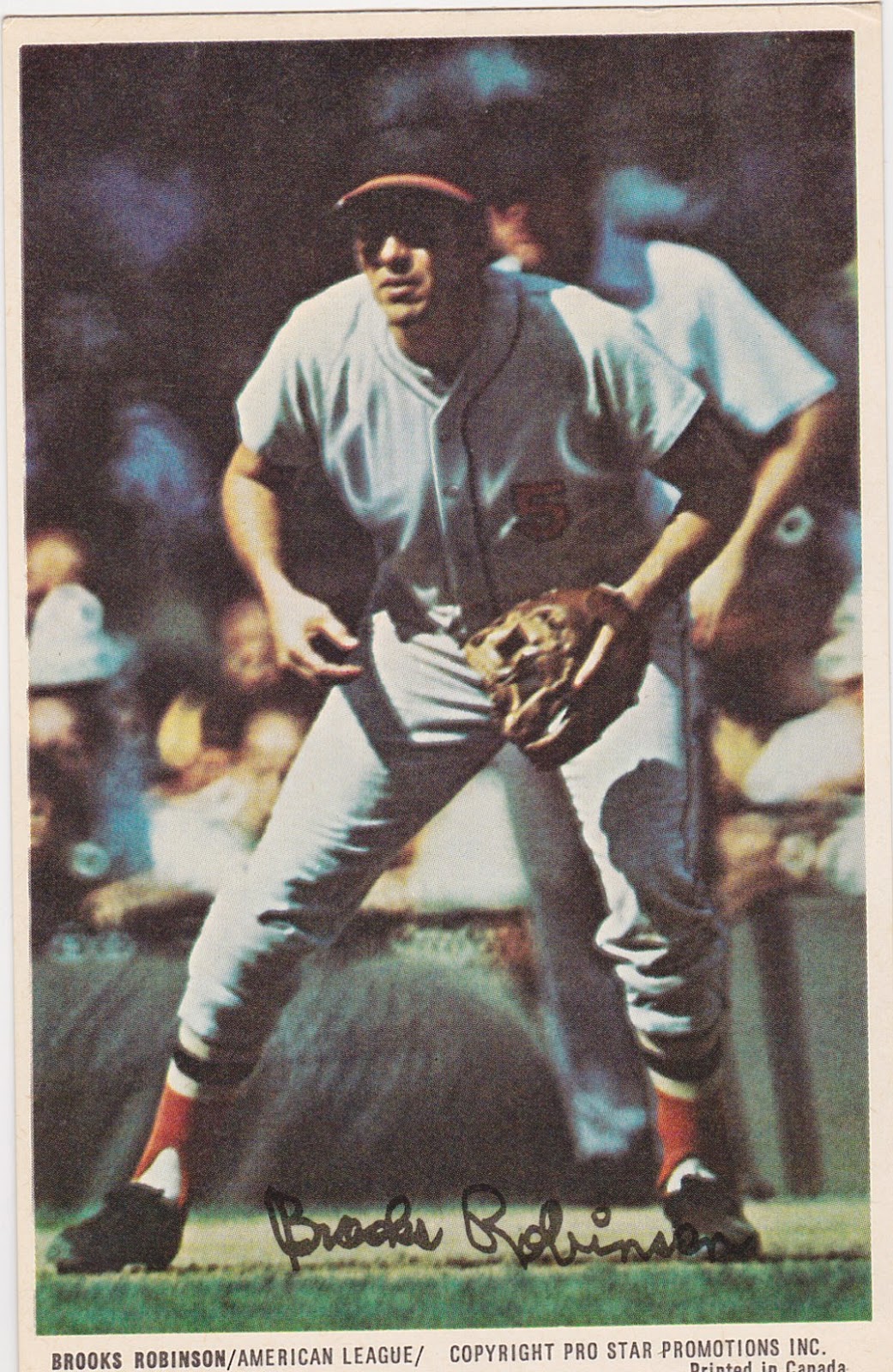 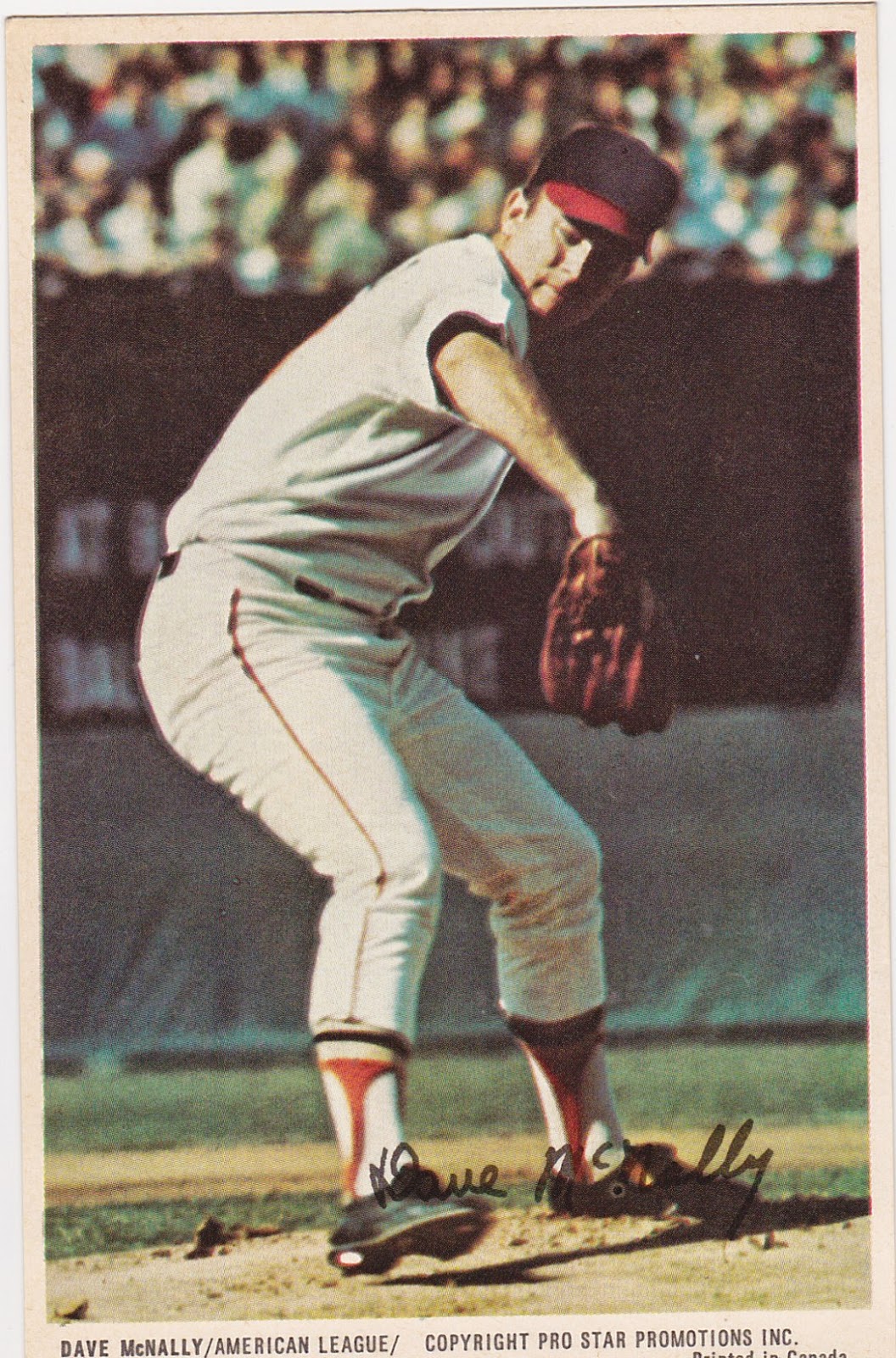