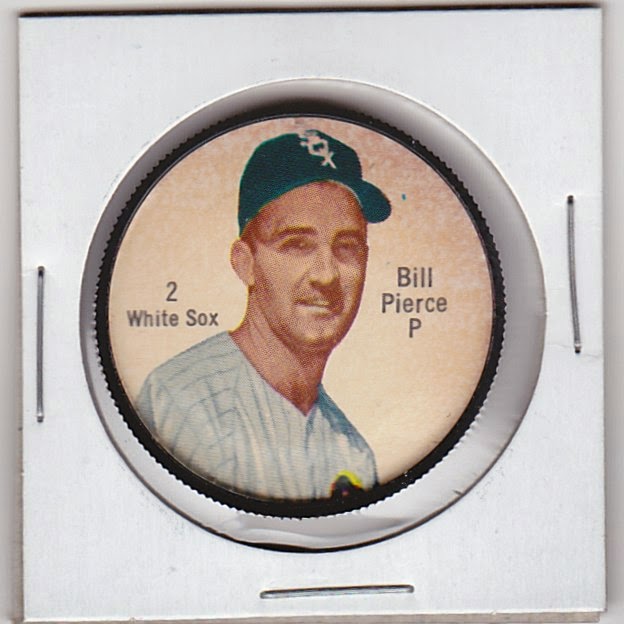 I've been chasing this little gem for awhile. Most were just a bit pricey for my taste, north of $50 and frequently close to $100. But this one came along and I grabbed it at a very reasonable price. I'm not sure why the Pierce is among the higher priced coins in the set. I haven't seen anything to indicate why it carries a premium other than vague references to some being more scarce than others. But there it is.

The back is pretty impossible to decipher even to the naked eye, never-mind in a scan. But there is Junket Rennet Custard logo there and apparently these were issued in boxes of the dessert mix as well as Salada Tea in 1962. They are plastic with paper inserts depicting the player. 221 coins made up the set with some players appearing on two teams due to trades and some other coloring variations. The next year the 63 issued coins were made of metal and were painted.

There is a parallel set called Shirriff Coins that were issued in Canada. There is a checklist with known variations that can be found here. I have a handful of these things, all Orioles and I picked them up a long time ago. So long ago that I can't remember where or when. I posted the Brooks Robinson from the 1962 set over a year ago.

But even today most of them can be had for very little. Except the Billy Pierce, of course. 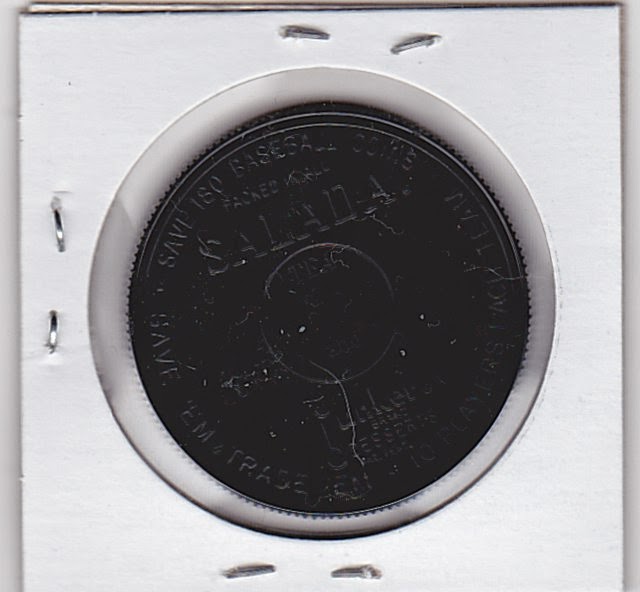 Late addition:
Mark Hoyle sent me a shot of his Red Sox '62 Salada set in the original display 'shield'. It's a terrific item. But now I have something else on my wantlist! 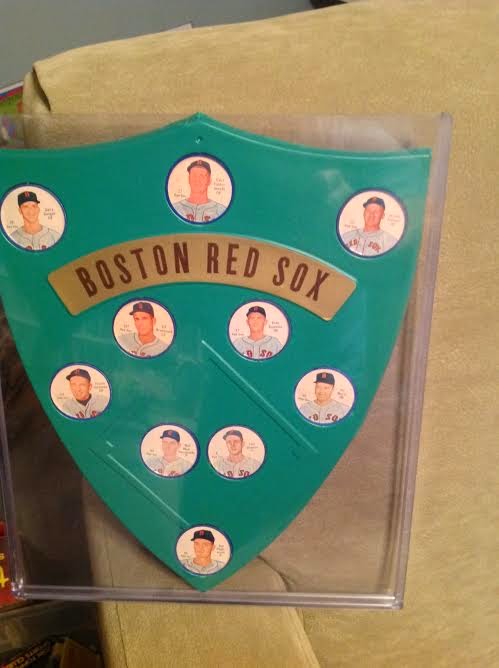