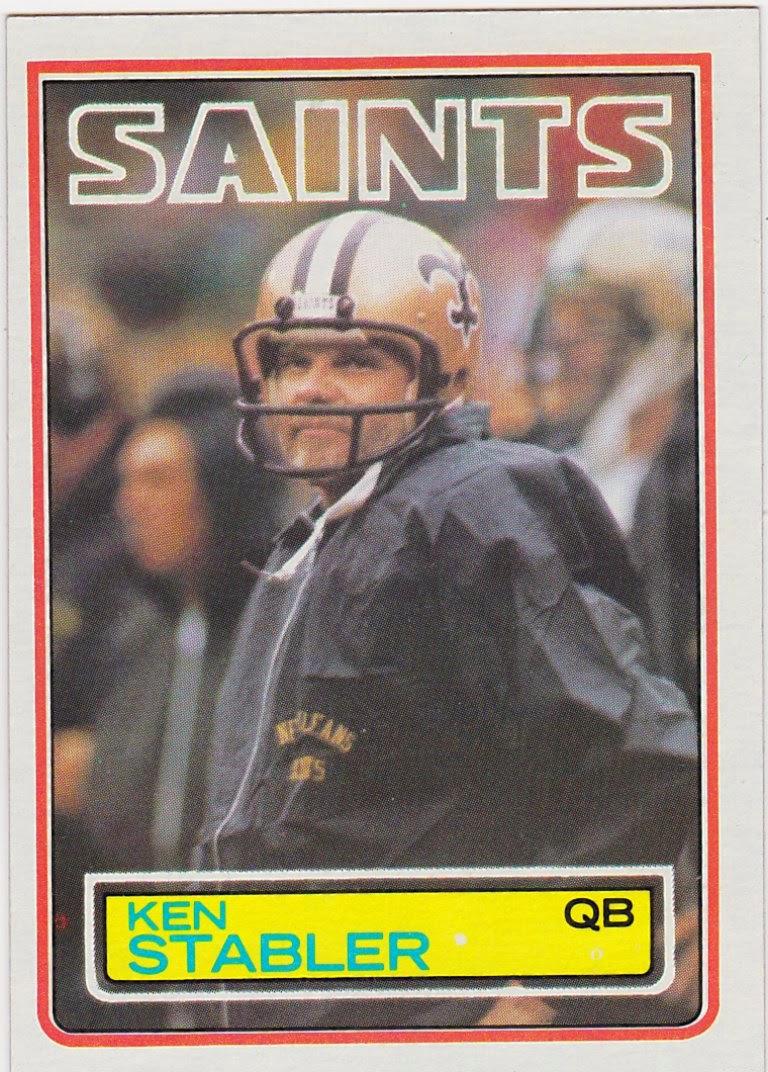 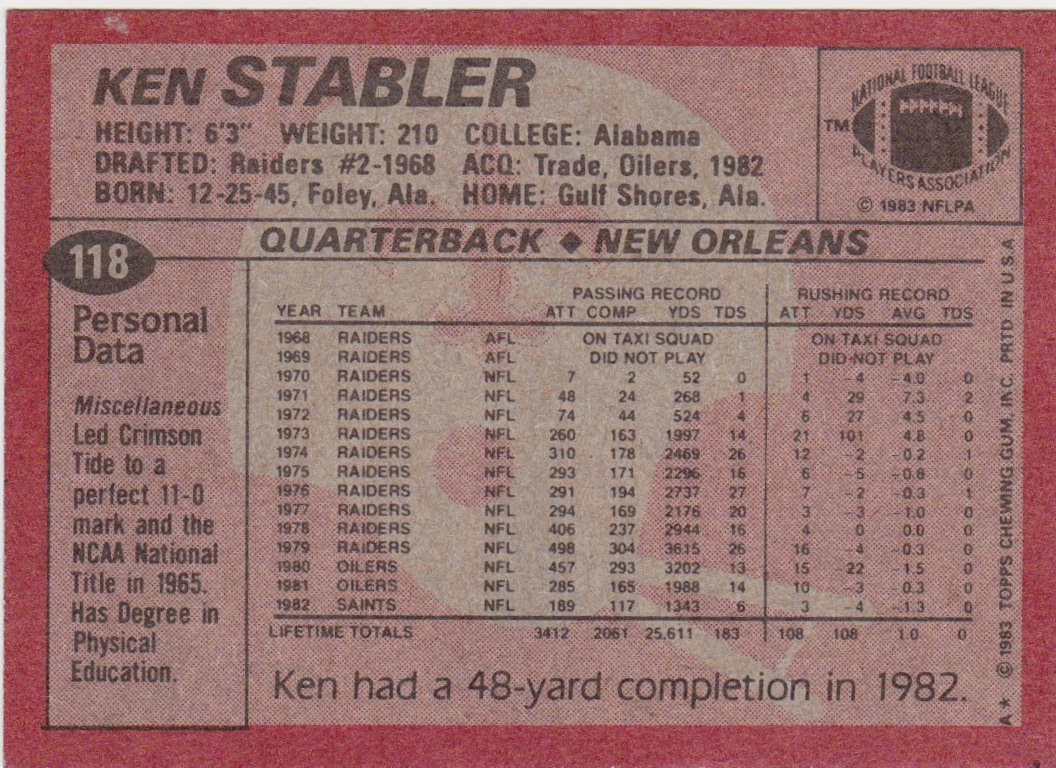 
NFL Info: Here is the abridged version of my 'brush with (somewhat drunken) greatness' in the person of Kenny Stabler. My wife and I attended Nolan Ryan's Houston Astros' debut game in 1980. Ryan went six and walked that many but homered and the game lasted 17 innings with the Dodgers winning, 6-5. We left early as we were going to Gilley's Club in Pasadena east of Houston for a show.

We were sitting at one of those 'picnic-style' tables near the front waiting for the show to start. Then a guy came up and asked us if we'd mind sharing our table with Kenny Stabler (he was the Oilers qb back then) and his group. Hell, why not?!?! And so he sat down with a couple of other people and introduced himself and said thanks for letting them sit there.

Stabler bought a couple of rounds of beer as I recall and had a guy fending off autograph requests while the live show was going on. He signed during the break and he signed an Astros cap my wife was wearing and a Gilley's bumper sticker I dug up. We felt like big shots. LOL

Stabler played for Alabama and was drafted by the Raiders in the 1968 draft and went on to play 10 years in the Bay Area, nine as a starter. He was the NFL's MVP in 1974 and Bert Bell Award winner as 'Player of the Year' in 1976. He led the Raider to a Super Bowl win over Minnesota in Super Bowl XI in January of 1977. He took the Houston Oilers to eleven wins and the playoffs in 1980 where they lost to the Raiders in the first round. In New Orleans he played two seasons and part of a third to close out his NFL career in 1984. He had a .500 record for the Saints as a starter in 22 games.

Fantasy Angle: I had Stabler on my roster for part of the '83 season. He was one of four different quarterbacks I started at one point or another as my team floundered along towards a 6-7-1 season. He made one start, Week 4, after I had benched Tommy Kramer. The Snake didn't score a point as I got whipped.

The Card: I can see Stabler in my mind's eye as a Raider. Hell, he may be THE Oakland Raider. And because I saw him play for the Oilers (he was wildly popular here) I can envision him in the Columbia Blue. But as a New Orleans Saint? Despite the double-take I always do when I see him in Black and Gold this is a pretty nice card. Stabler on the sidelines with that typical look, a rain jacket thrown over him. Checking the scoreboard. Good stuff. I'm glad Topps could show helmets with logos by 1983.

I have a friend whose family had a condo in Perdido Key (not far from the (in)famous Flora Bama bar) for many years. Visited it for vacation a few times so I'm very familiar with Stabler's home region of Foley, Alabama. They don't call it the 'Redneck Riviera' for nothing, believe me.
Posted by Commishbob at 5:00 AM