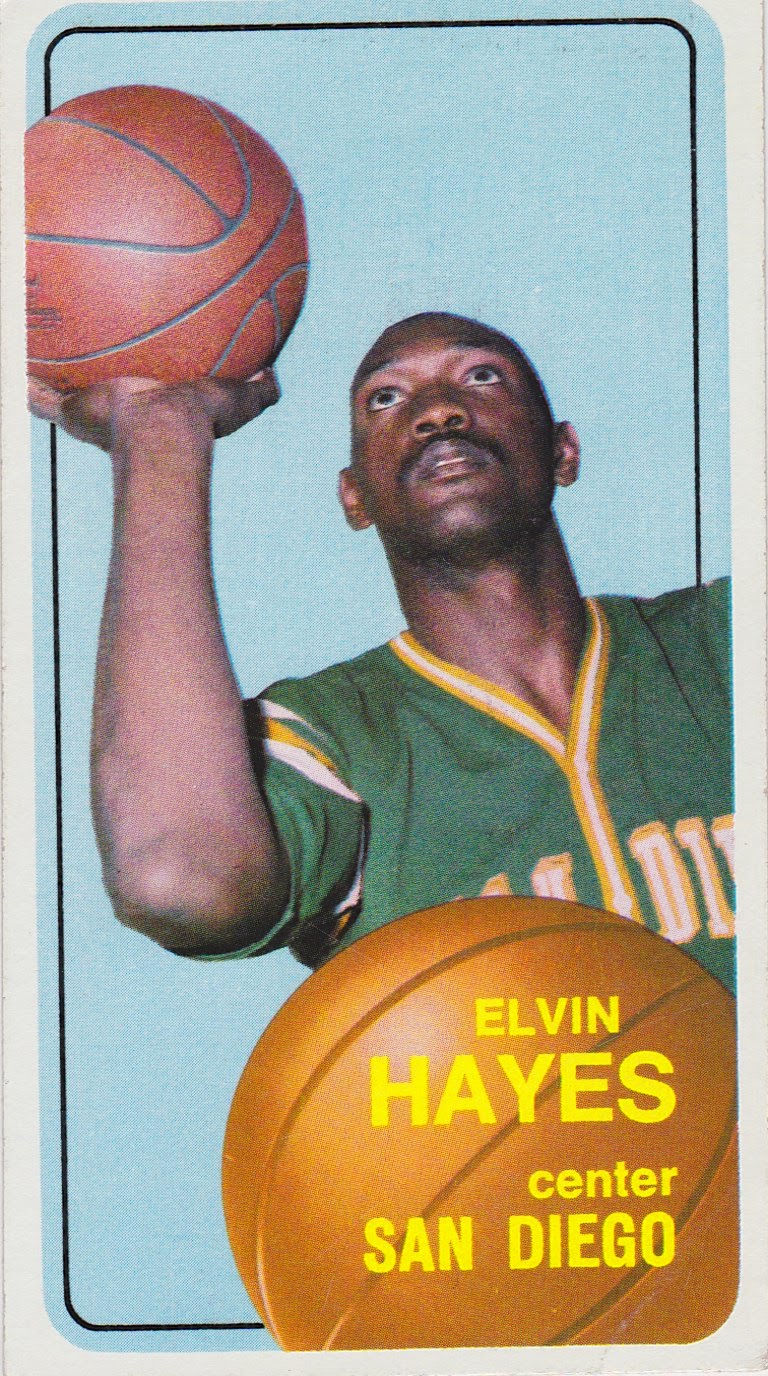 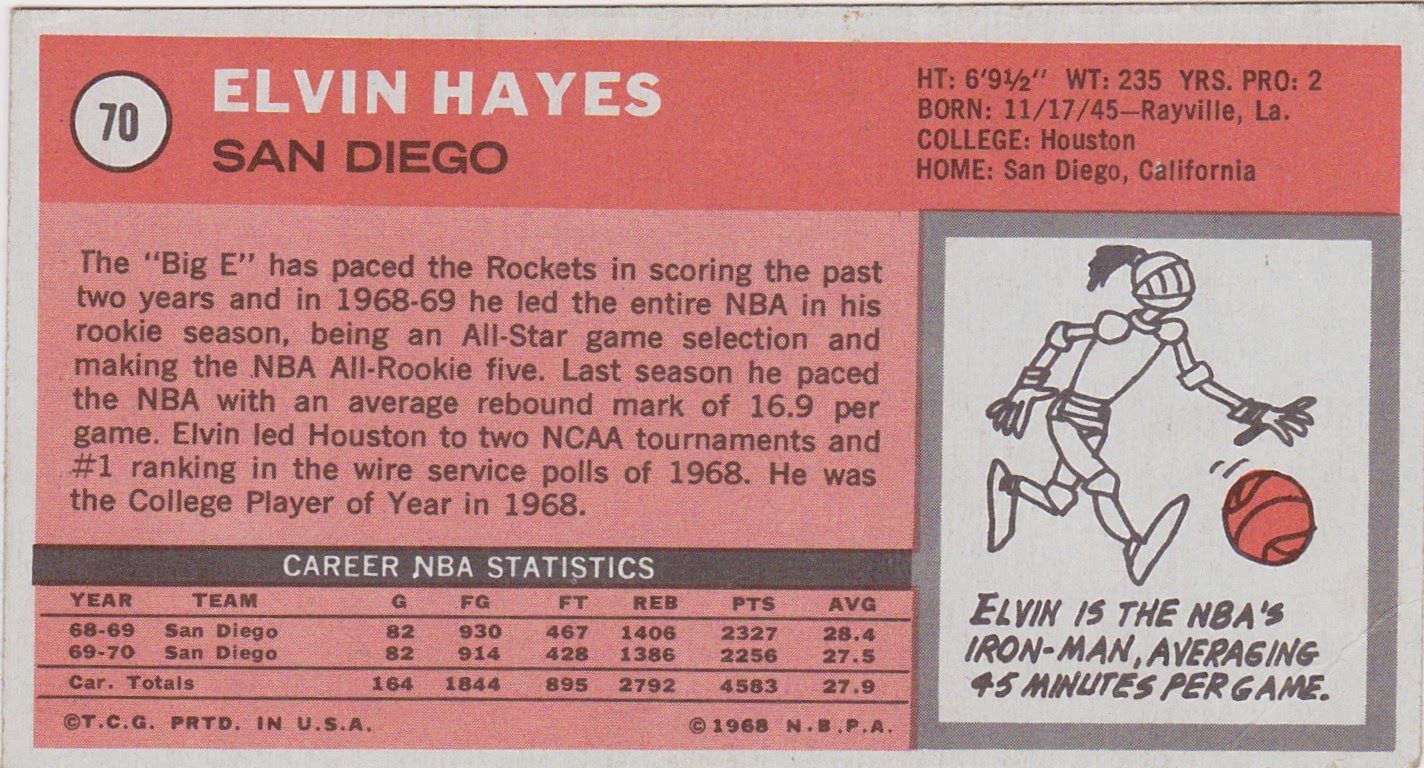 Somewhere on line I saw a post or article about the 1970/71 Topps basketball set. The guy didn't have much good to say about the set (in fact he called it the ugliest set ever I think) but it caught my attention. I googled some images and was oddly attracted to the cards. So much so that I went out and picked some up. I think I bought two small lots and maybe a few on COMC.

Here are a few of the ones I've picked up so far. These babies are so bad they are good. Without a license Topps couldn't show logos or team nicknames. Interesting that they alllllmost show the full 'San Diego' lettering on both the Elvin Hayes above and this John Block card.

Nowadays there are plenty of cards on which you can't see the player's face. I'm thinking particularly of baseball cards which use outfielders leaping towards the fence with their backs to the plate. Things like that. But I can't think of many that give a better view of an armpit than a guy's face. 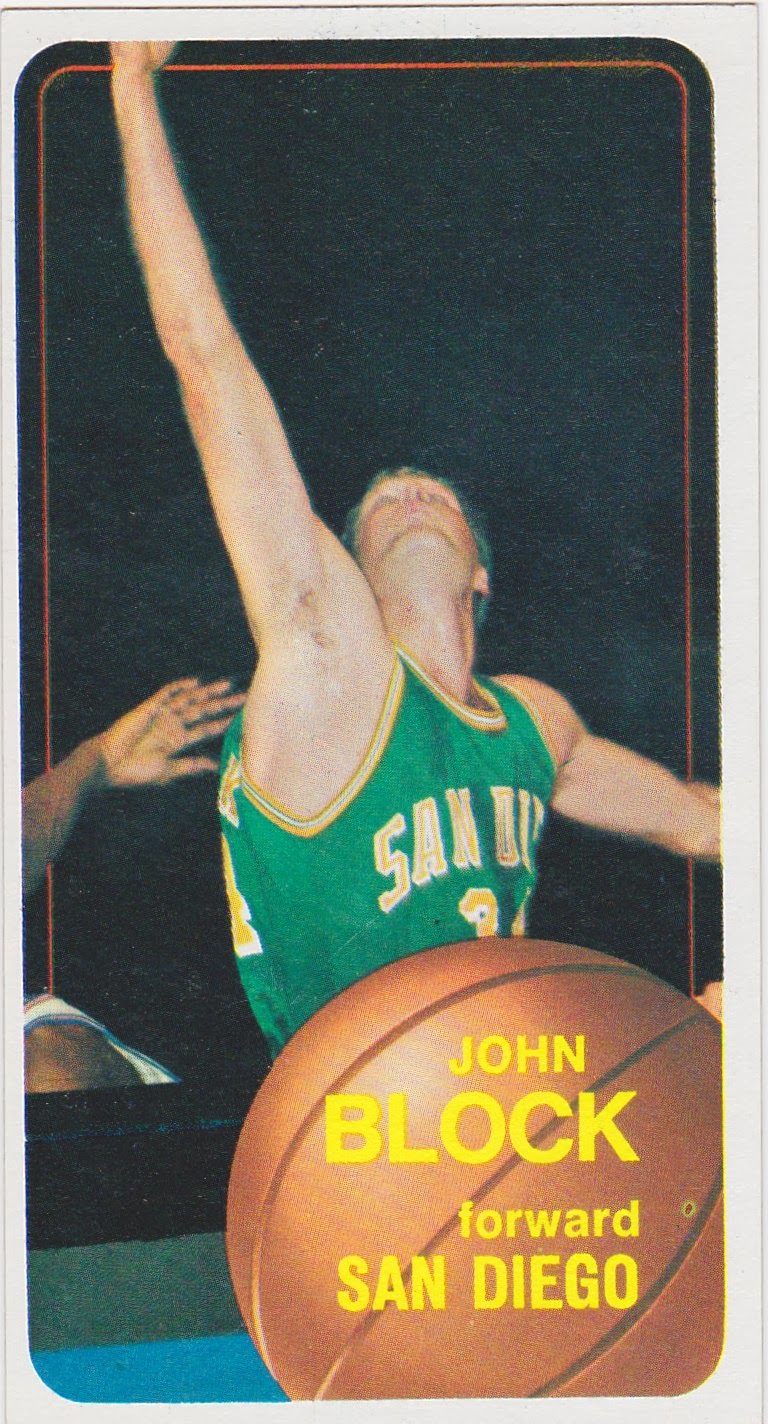 Another trick Topps used was to have the players pose with their uniform tops turned backwards. Since the tops are cut with the neck opening higher in the back it makes for an odd look. 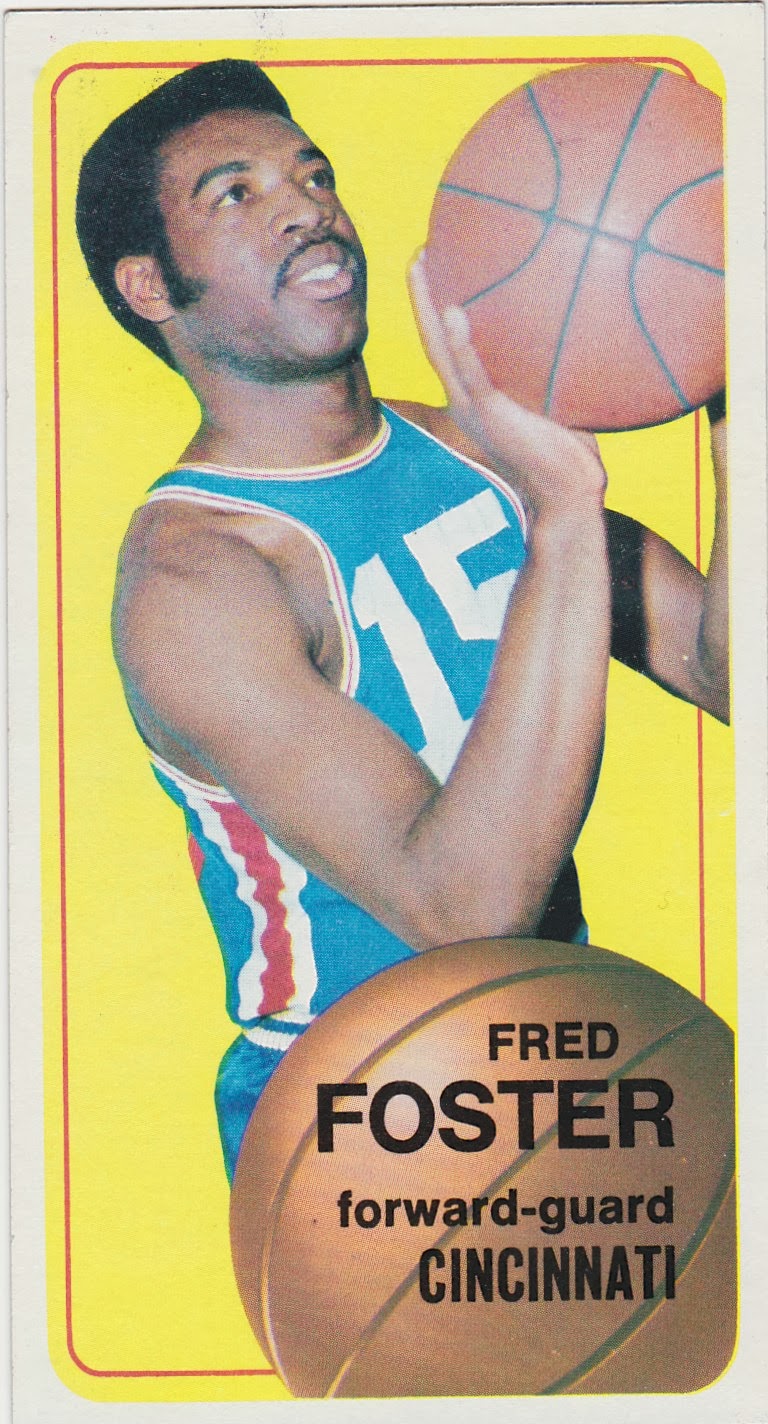 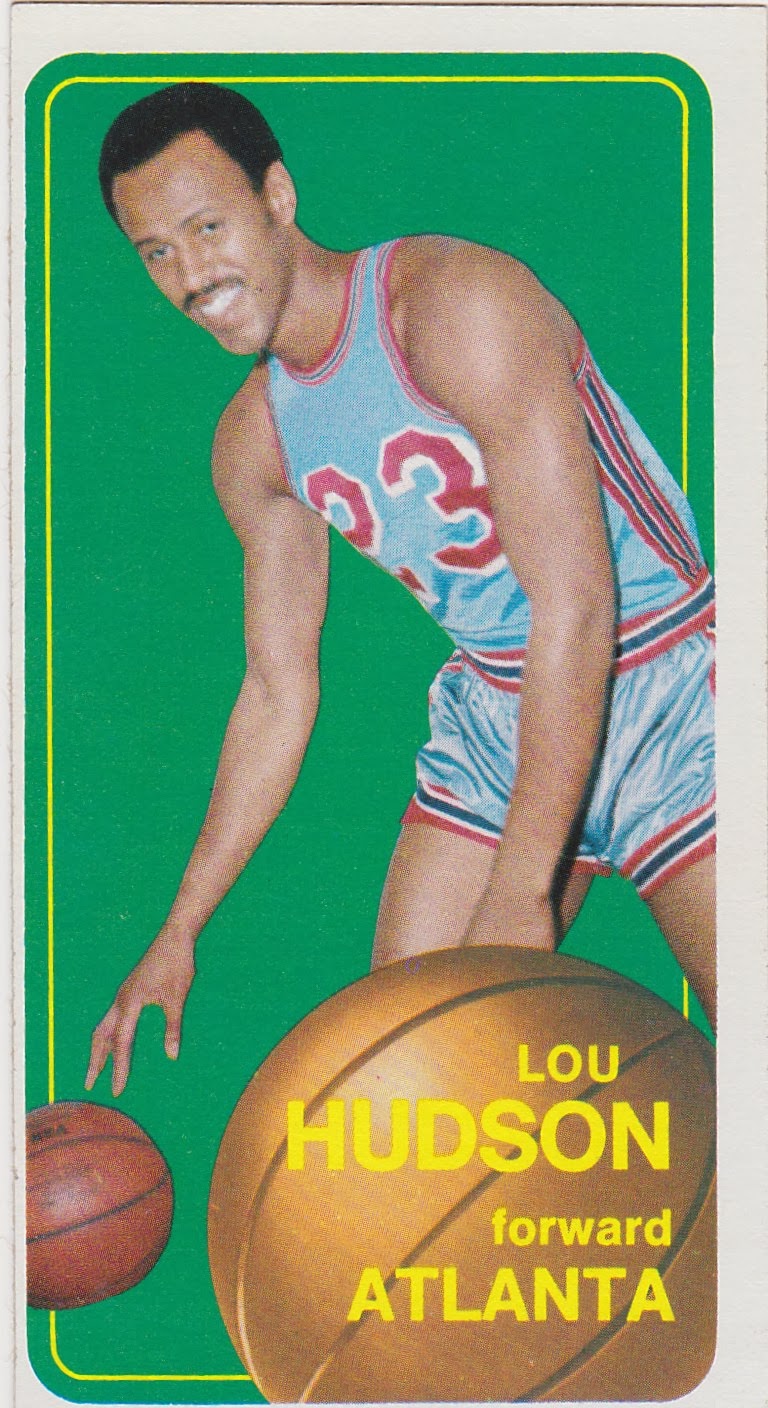 T-shirts and warm-ups have a place here as well. Just great stuff. 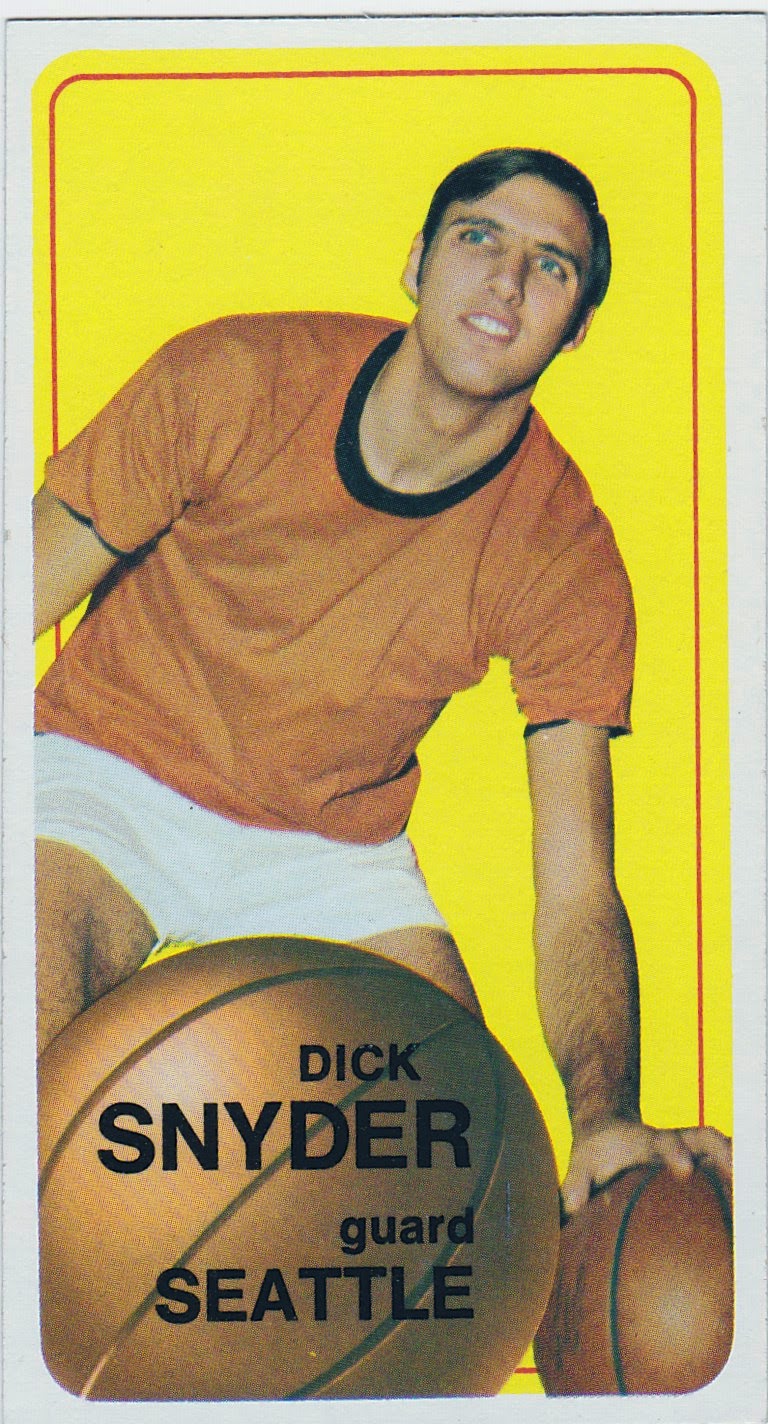 I have about twenty of the 175 cards in the set. I have a couple of the stars including my man, Connie Hawkins along with a leader card or two and a Jerry West All Star card. I have given some thought to chasing the whole set. But the Pete Maravich rookie is part of it and that card is pretty expensive. Like my '59 Mickey Mantle it's a card I'd have to hunt with patience. I'm not sure I'm up to it right now.
Posted by Commishbob at 5:00 AM