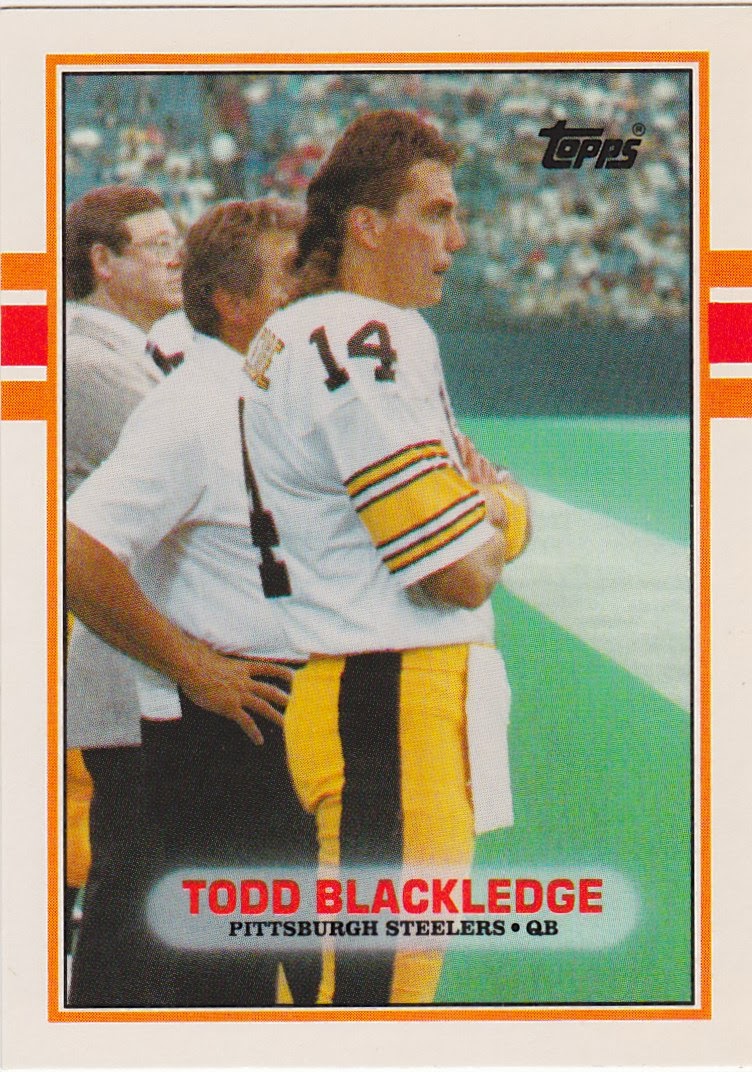 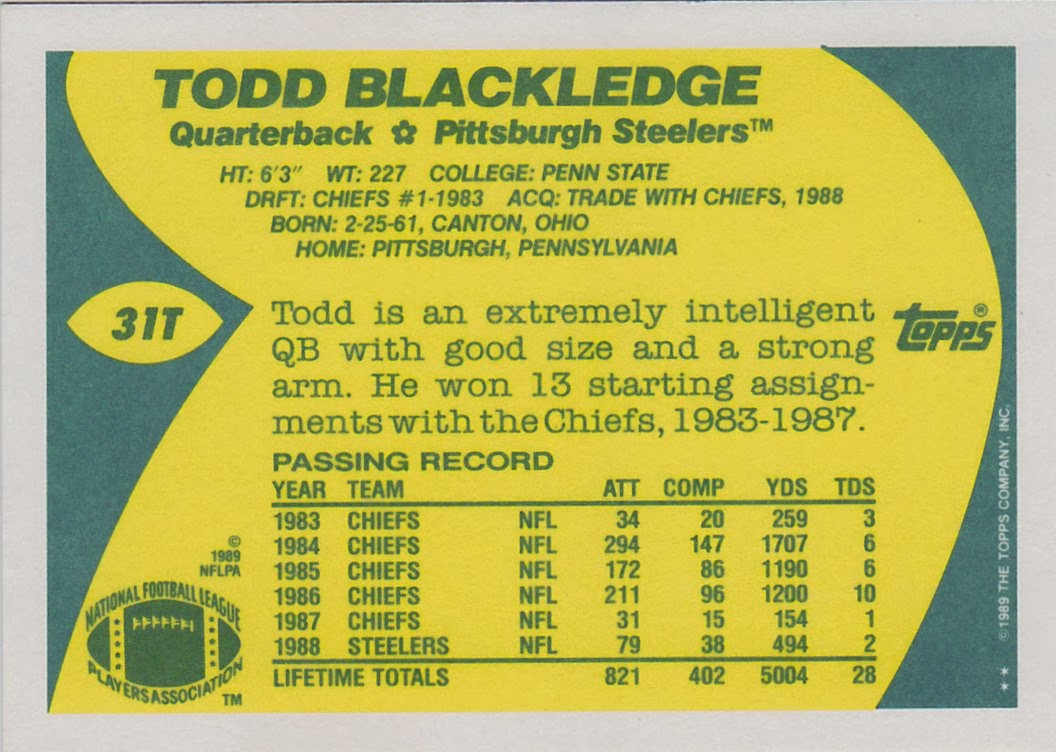 NFL Info: Todd Blackledge won a National Championship at Penn State and was drafted by the Chiefs in 1983. He was drafted 7th in the first round, behind John Elway but ahead of Dan Marino! He played sparingly that first year and ended up sharing the starters role with Bill Kenney the next several seasons after that. He finished up with Pittsburgh backing up Bubby Brister in 1988-90.  He has had various jobs in broadcasting since he retired including work including studio and sideline at ESPN.

Fantasy Angle: Blackledge was pretty highly thought of coming into the NFL in '83. As mentioned he was taken as the second quarterback in a draft that has become known as the 'gold standard' of NFL QB drafts. In addition to Elway and Marino, Jim Kelly was taken in that first round. I drafted Blackledge in '83 and never used him. Tommy Kramer began the season as my starter and when he struggled I switched to Joe Ferguson of the Bills. I finished 6-7-1 and out of contention that year.

The Card: The '89 Topps set is pretty run-of-the-mill as far as I'm concerned. The Blackledge card is typical with it's somewhat muddy photo. The backs do contain quite a bit of info including full stats where possible. It's all packed into an odd design with a yellow and blue/green motif. Blackledge only had a few cards and the one I've seen of him as a Chief is in the horizontal '85 set which I only use in my 'fantasy football frankenset' as a last resort. And this one, showing him standing on the sideline, works in the sense that he never did anything for me, either.
Posted by Commishbob at 5:30 AM