Big E gifts from Mark Hoyle (and a bonus) 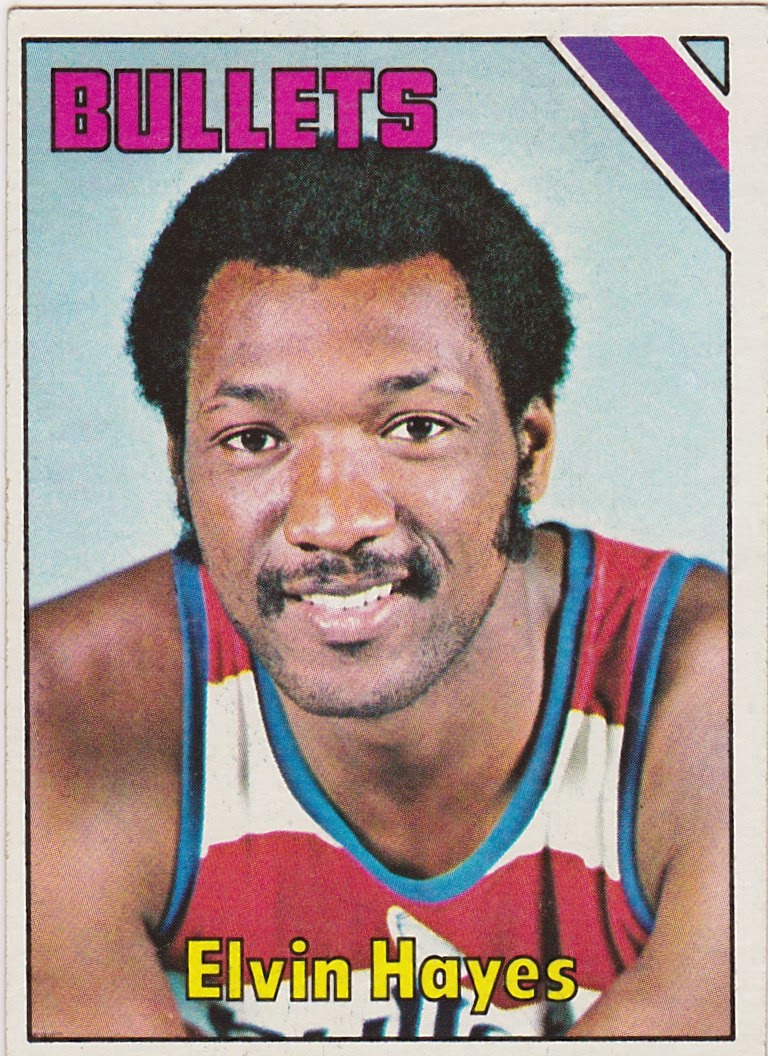 Friend of the everyone's blog Mark Hoyle sent along a couple of Elvin Hayes cards from the 1975/76 Topps hoops set. I don't think I had ever encountered cards from this year. Poking around eBay and other sites I found that Topps used color combos for each team that didn't match the teams colors which was pretty much their modus operandi for decades across all their sports issues.

Simple fronts with a pic, plain sans serif block fonts and the two piece stripe adornment. The backs with that green and purple/blue coloring are hard to read. 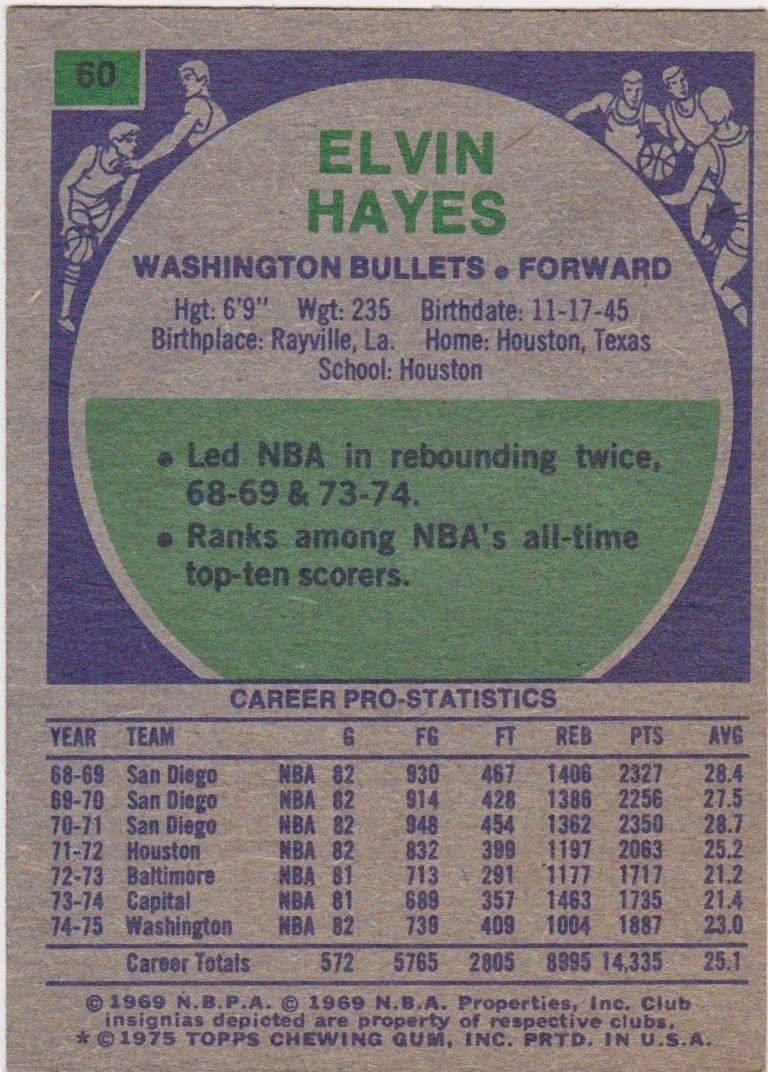 That is Elvin's regular card and he shows up on the Bullets Team Leaders card as well. 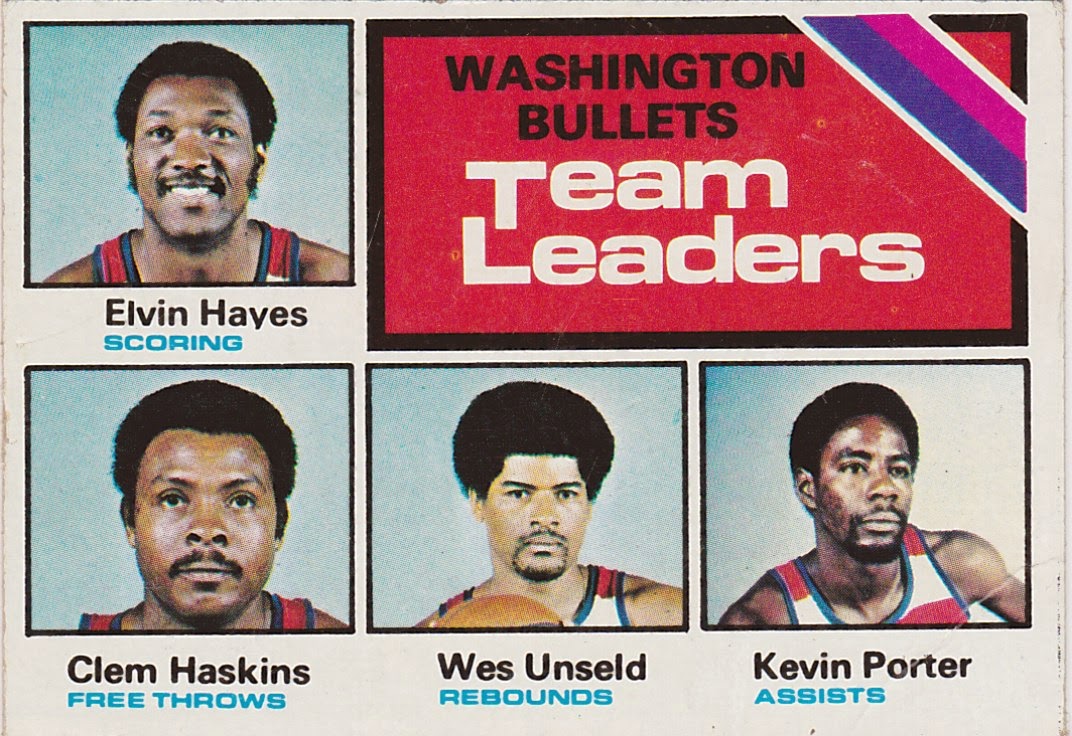 Interestingly the backs of the leaders cards list the Bullets' yearly leaders in four categories going back nine seasons to 1966/67. 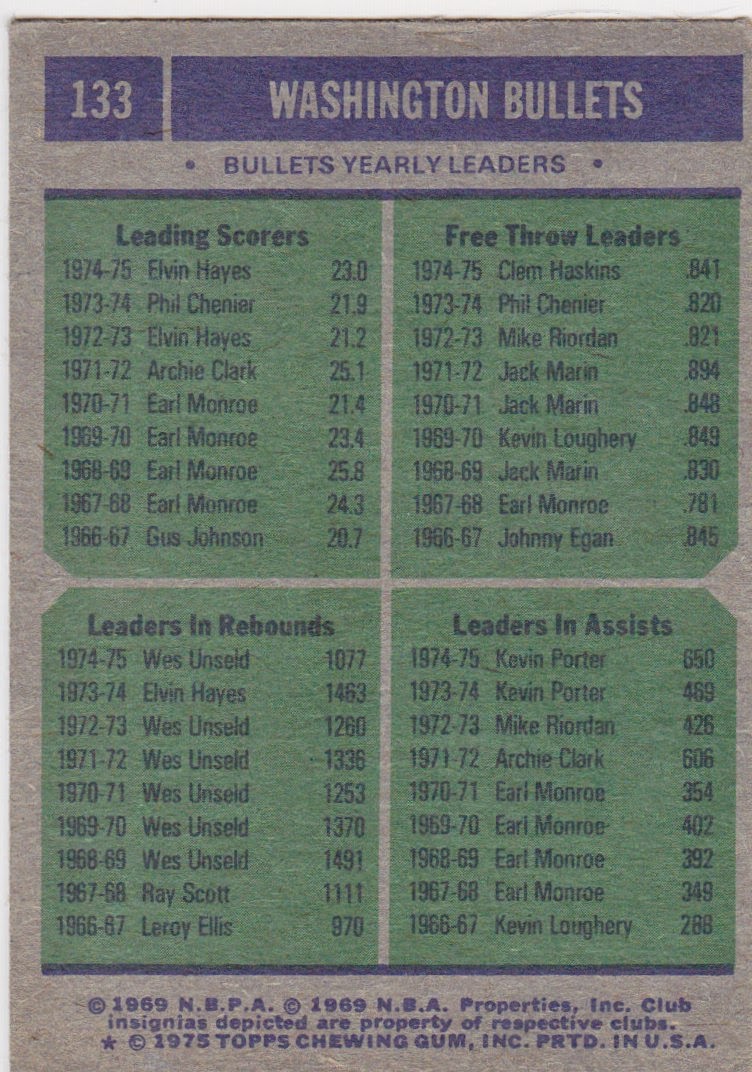 As I looked at the cards from this set online I was struck by how many of the players were very familiar to me. I probably couldn't name more than 5 current NBA guys and I have no idea who won the championship last year but I remember Kevin Porter and Mike Newlin.

With the addition of these two Big E cards and the handful I've picked up in recent months I guess I am officially making Hayes a PC to chase. I have seven 'career era' cards in my cart at COMC and when I finish checklisting what I have I'll add a few more.

One other thing I found online was the set's team cards. They have the usual photos of the teams sitting and standing on benches. All except the Lakers. Have a look: 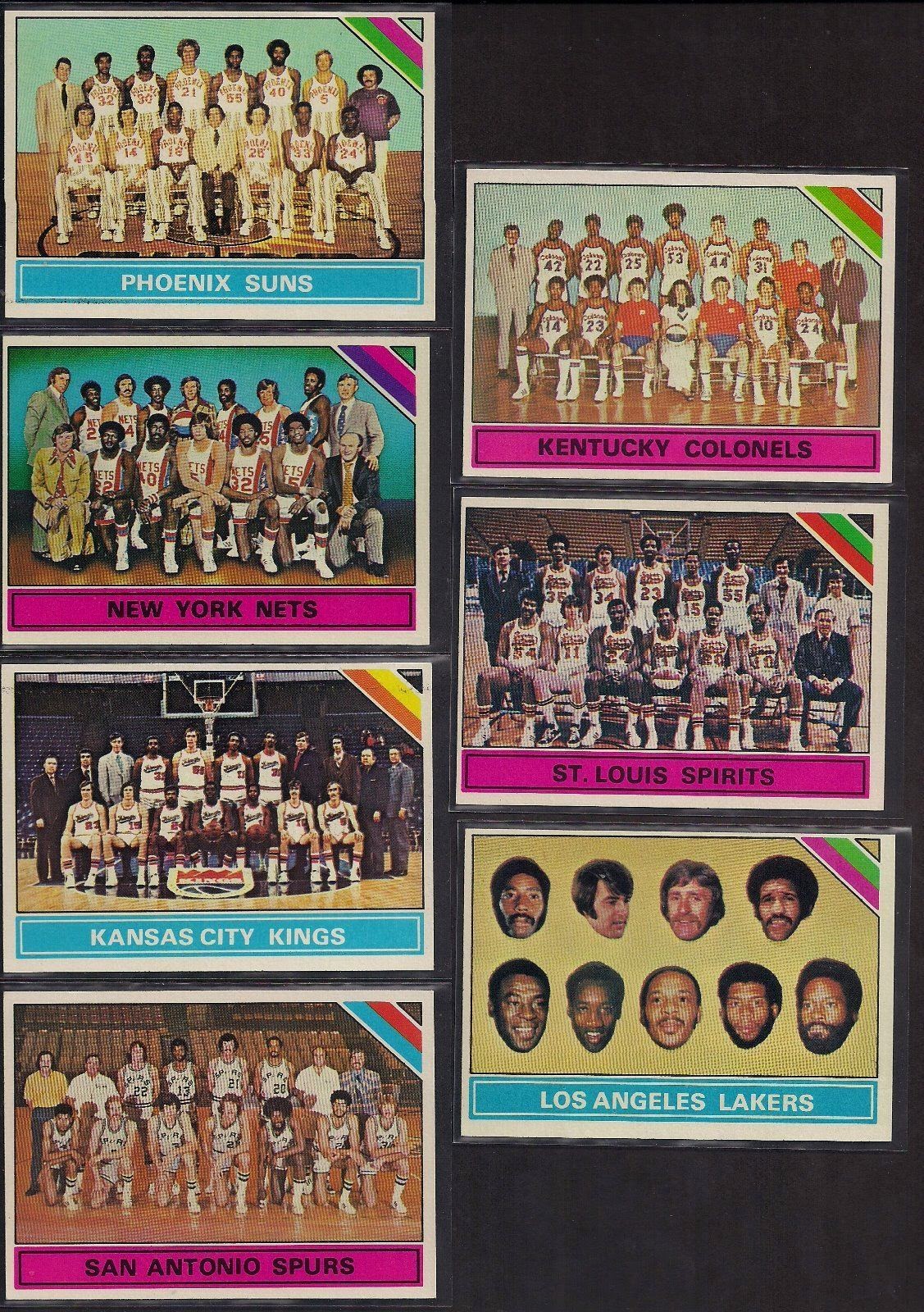 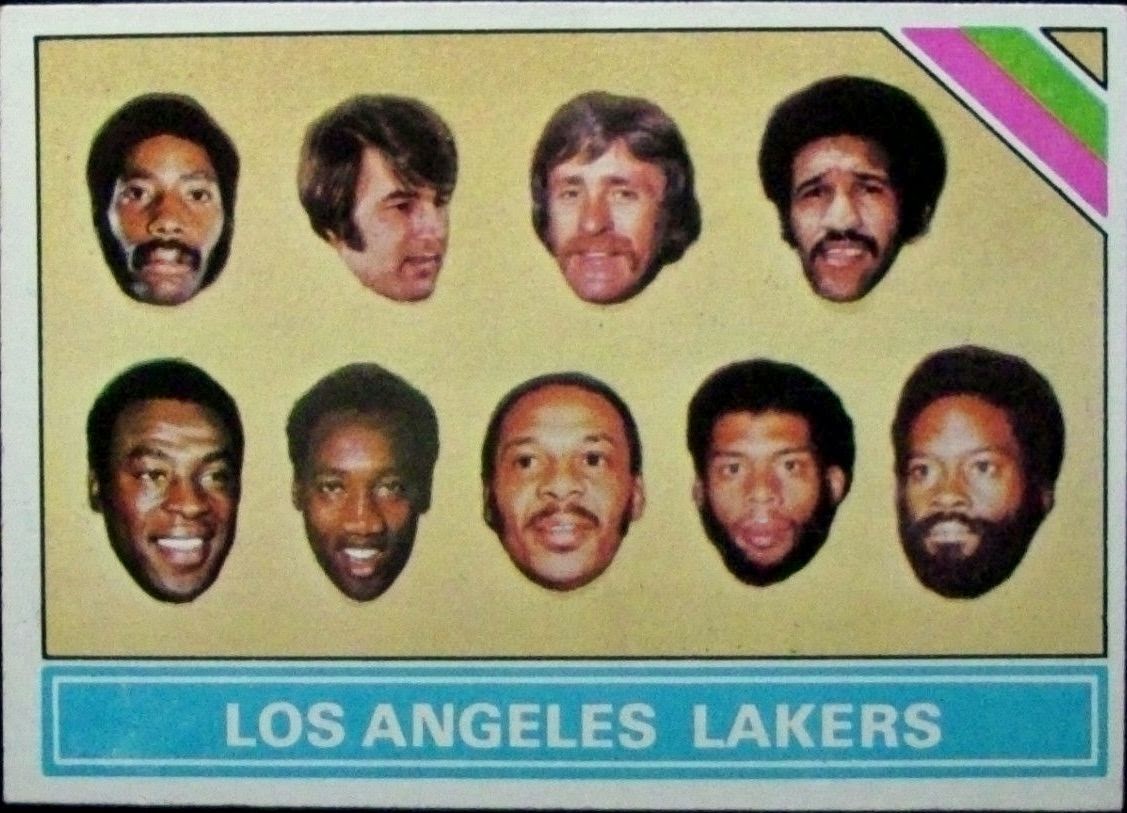 That's Connie Hawkins on the upper left. And some guy named Abdul-Jabbar second from the right on the bottom row. I've heard of him, too.

He is the added gift I mentioned. It's a 1974 Topps Don Baylor stamp! I love oddball O's stuff like this. I have one or two of these from the Orioles team set but the Don Baylor is new to me. Thanks so much, Mark. You make the blogosphere a better place, even without a blog! 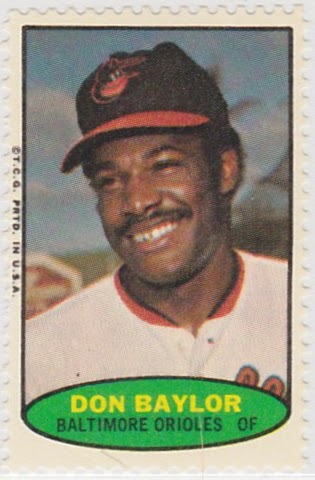