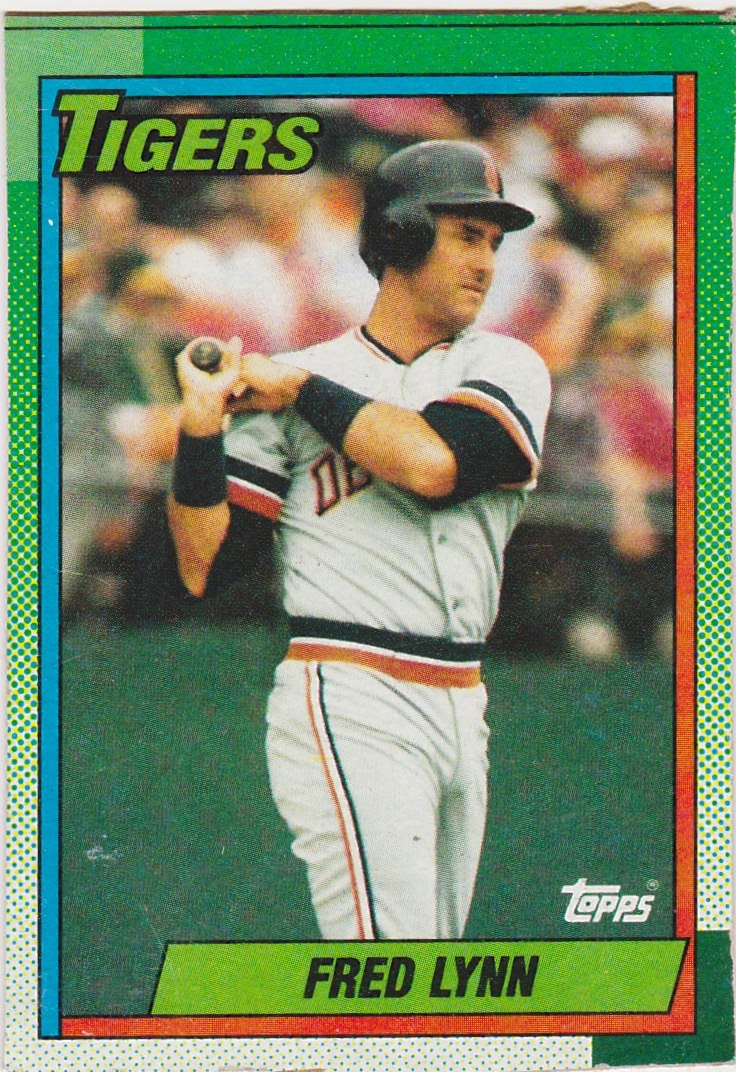 I'm posting this in giant size so you can see the card edges. I pulled this from a plastic bag of cards I had in a prize box at school. The bag was a $1 multi-sport repack from a local dollar store. I'd bought a bunch of them at one time and had given most away. I decided to open one just for grins. Sticking out of the otherwise neat little stack were some obviously uneven edges. I pulled the card and saw it was this Fred Lynn and I was puzzled at first. I flipped it over and saw that it wasn't a regular card. Google told me it was part of a Topps 1990 box bottom. So a (poorly) hand cut box bottom card made it into a repack.

And the rest of the pack wasn't much better. A Don Aase card that shows him to have red hair. From the condition of this one these cards came from some kid's shoebox. Maybe that explains the hand cut Lynn. 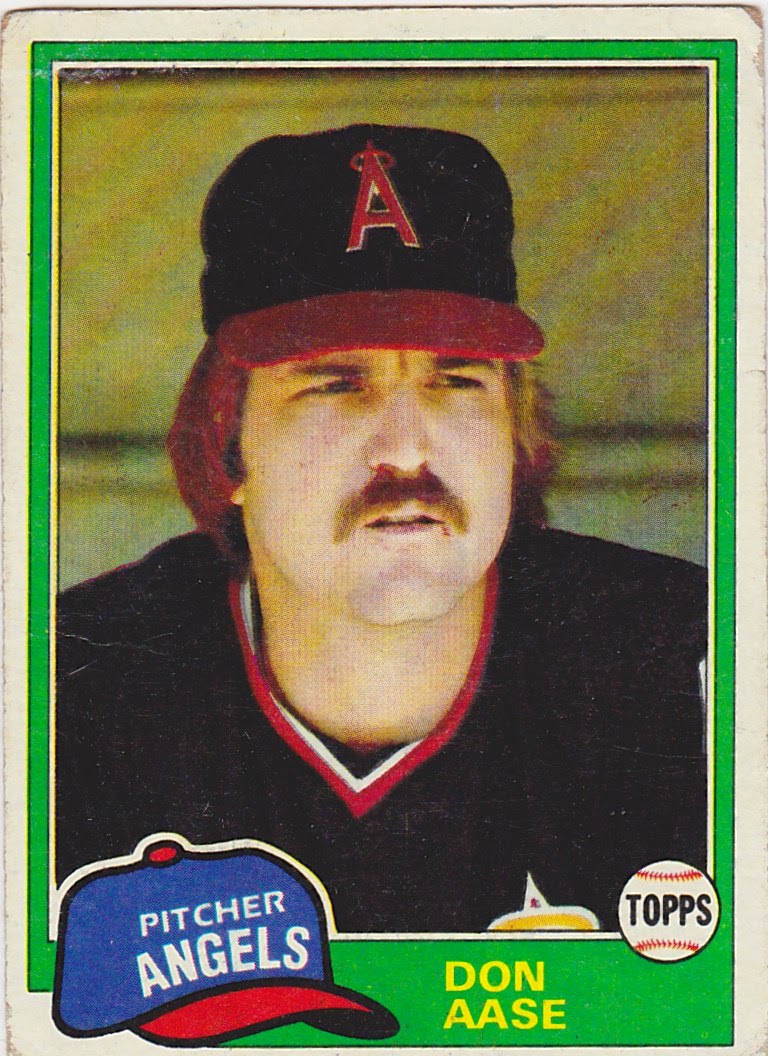 A 1981 Topps Bobby Bonds. Again with the hair issues. 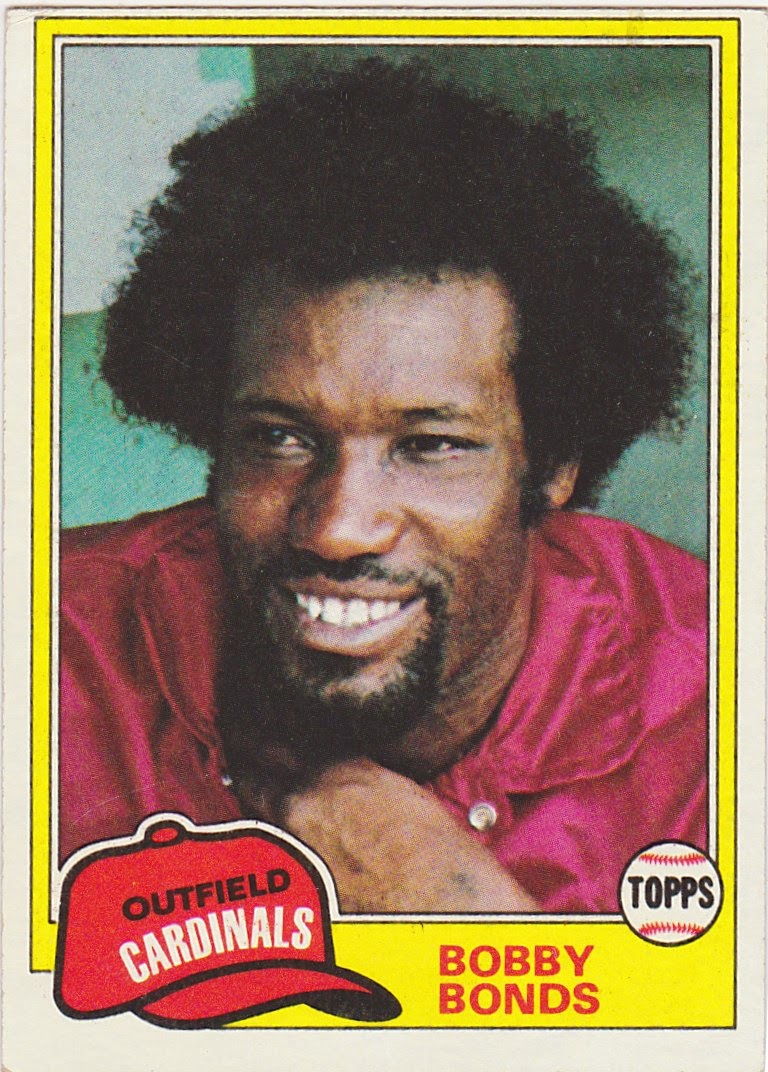 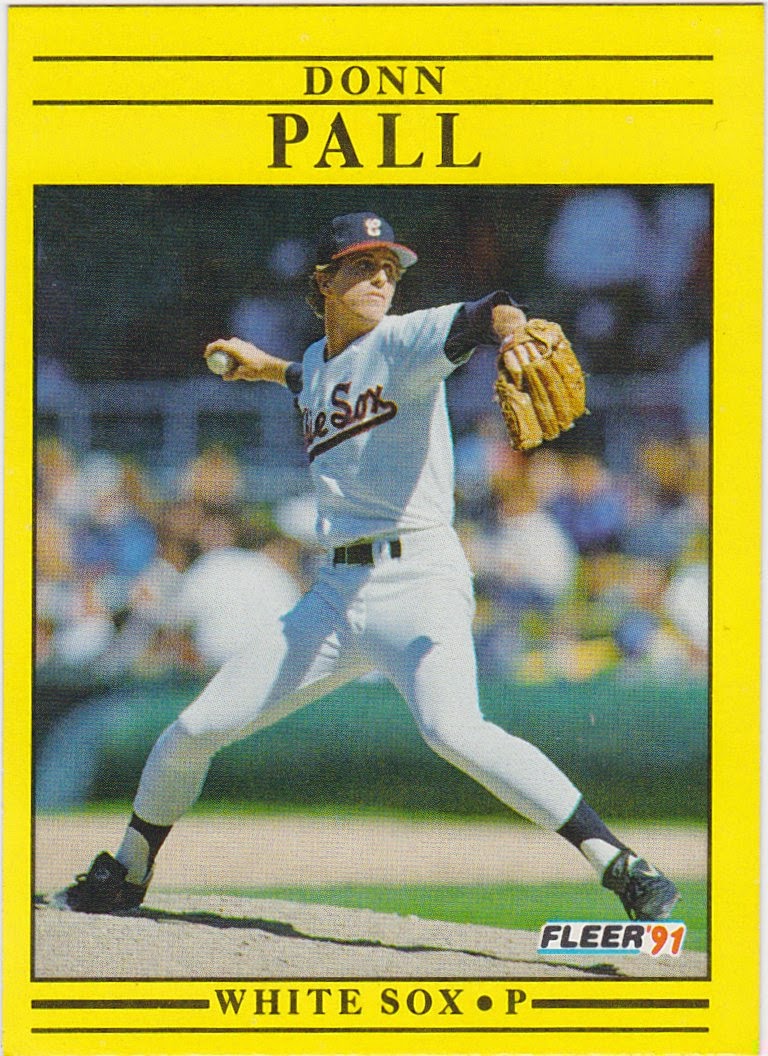 There were stale basketball cards including this one of a guy named Bison Dele. Who names their kid 'Bison'? 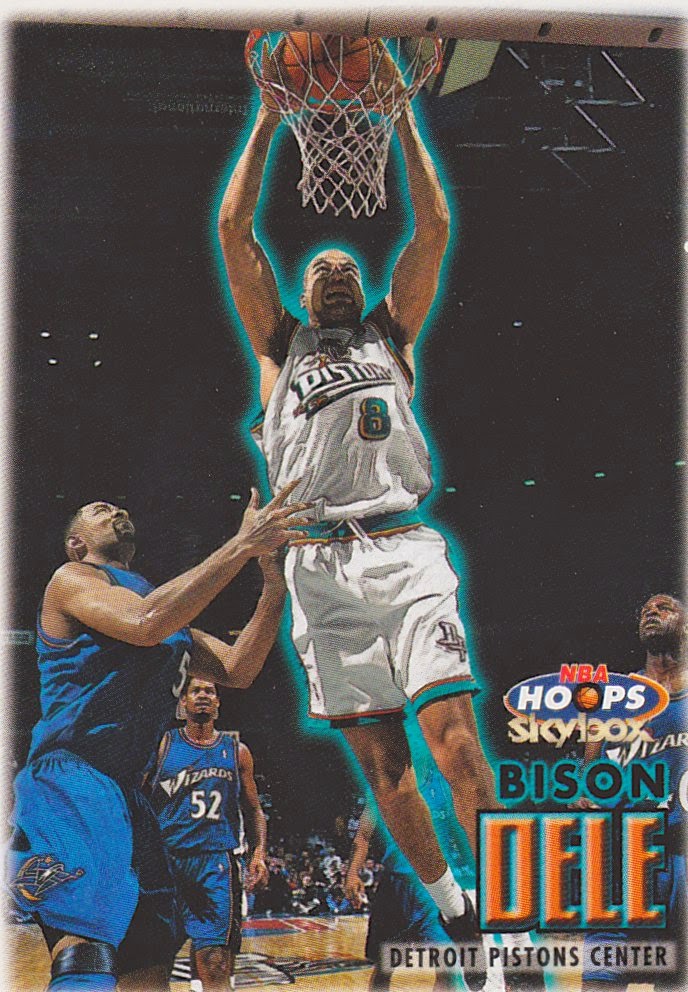 And one of this guy who apparently played for the Mave Ricks. 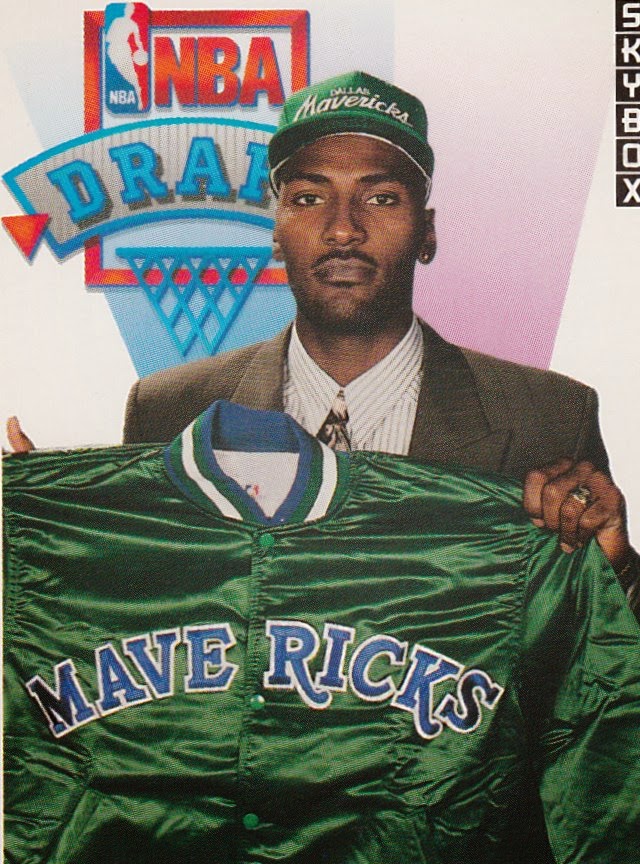 A hockey and a football card, neither of which were worth scanning. One Oriole from the 1986 Fleer set. At least it was a guy I liked to watch, John 'T-Bone' Shelby. He has two World Series rings, an Orioles '83 ring and one he earned with the '88 Dodgers. T-Bone is a coach for the Brewers and has a son who plays minor league ball and one who plays baseball at the U of Kentucky. He once tossed me a baseball at Arlington Stadium as he came in from pre-game warm-ups. I gave it to a kid. 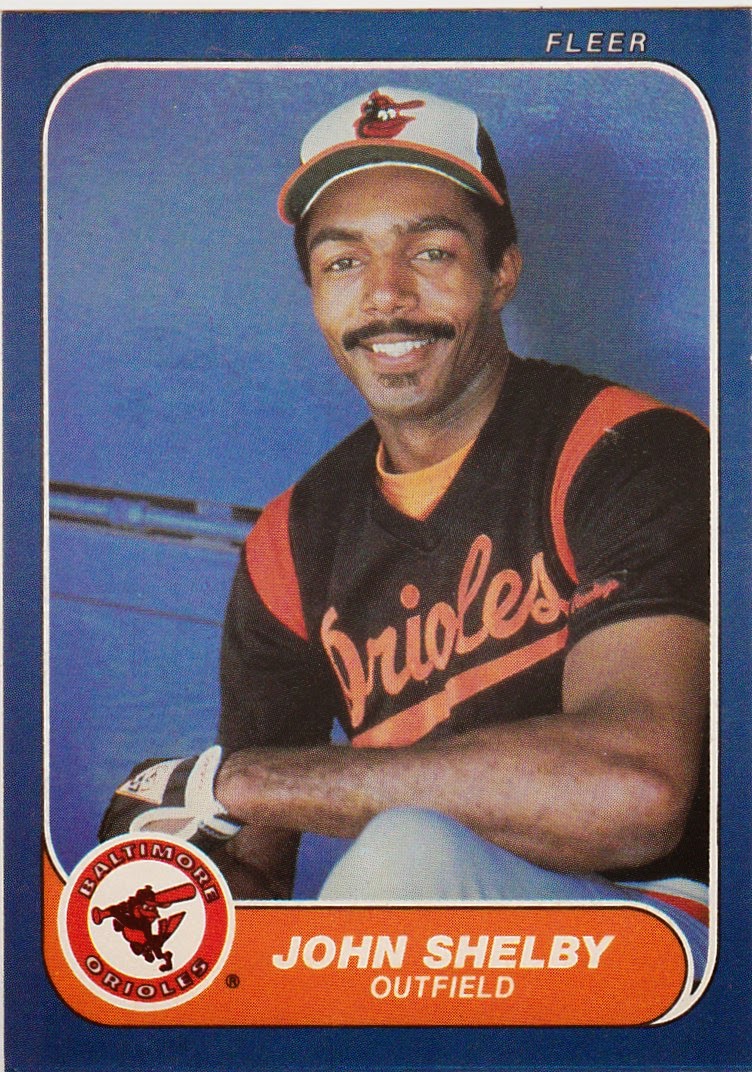 This Bowman card of a one time Yankee prospect named Yhency Brazoban features a sig that has to rank among the worst ever. I have second graders who can sign better than this. 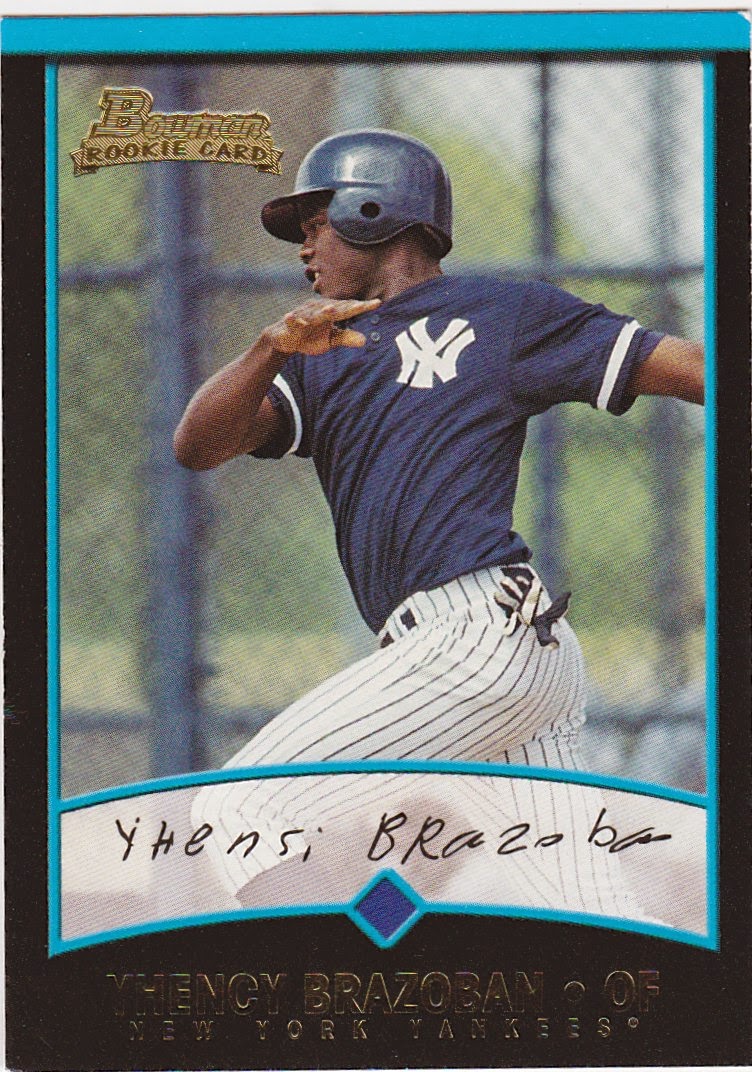 And finally a Topps Stolen Base Leaders card from 1983 of the ever charming Rickey Henderson and his NL counterpart Rock Raines. Raines got over 50% of the vote in the 2013 Hall of Fame balloting. It was the fourth straight year that his total has gone up. I'm not sure he'll make it. 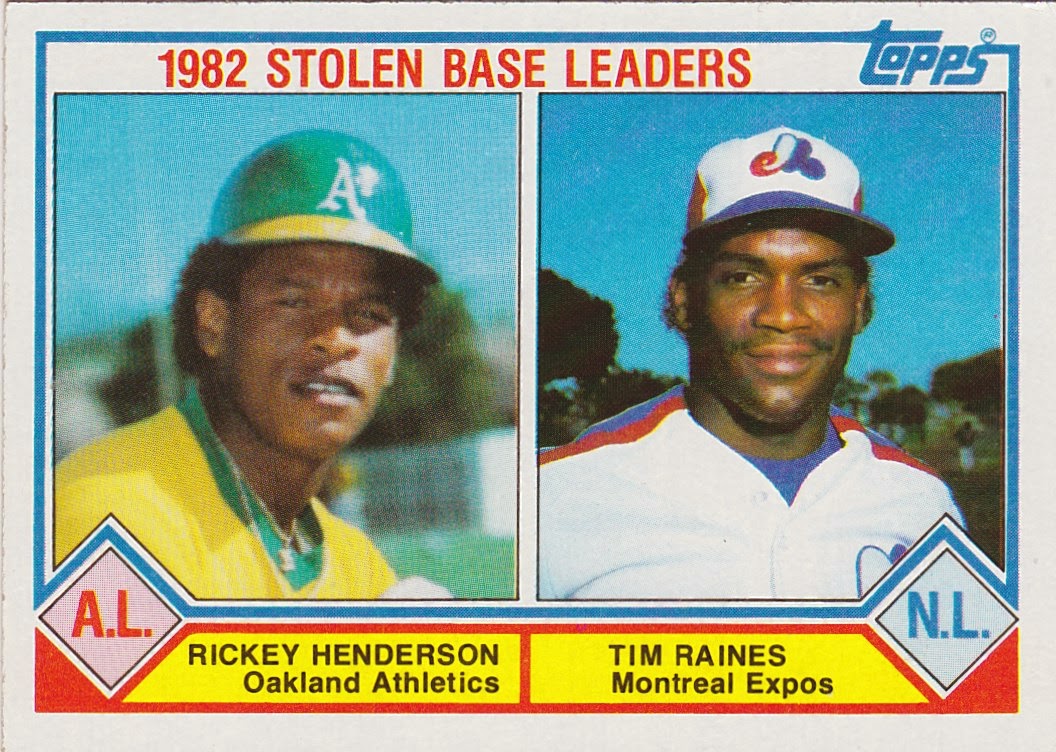 The rest of the cards were even less inspiring. I can't get motivated to scan any more of them so you are missing out on cards of two guys I have actually met. One is an Upper Deck card of Hoopster Orlando Woolridge (his nephew is a friend of my sons) and the other is a Score from the 1988 set of former Astros reliever Dave Smith.

I also opened a 20 card baseball only repack and got a Clayton Kershaw card. And a Mike Piazza, and two Norm Charltons, back to back no less. Woooohooo!
Posted by Commishbob at 1:15 AM