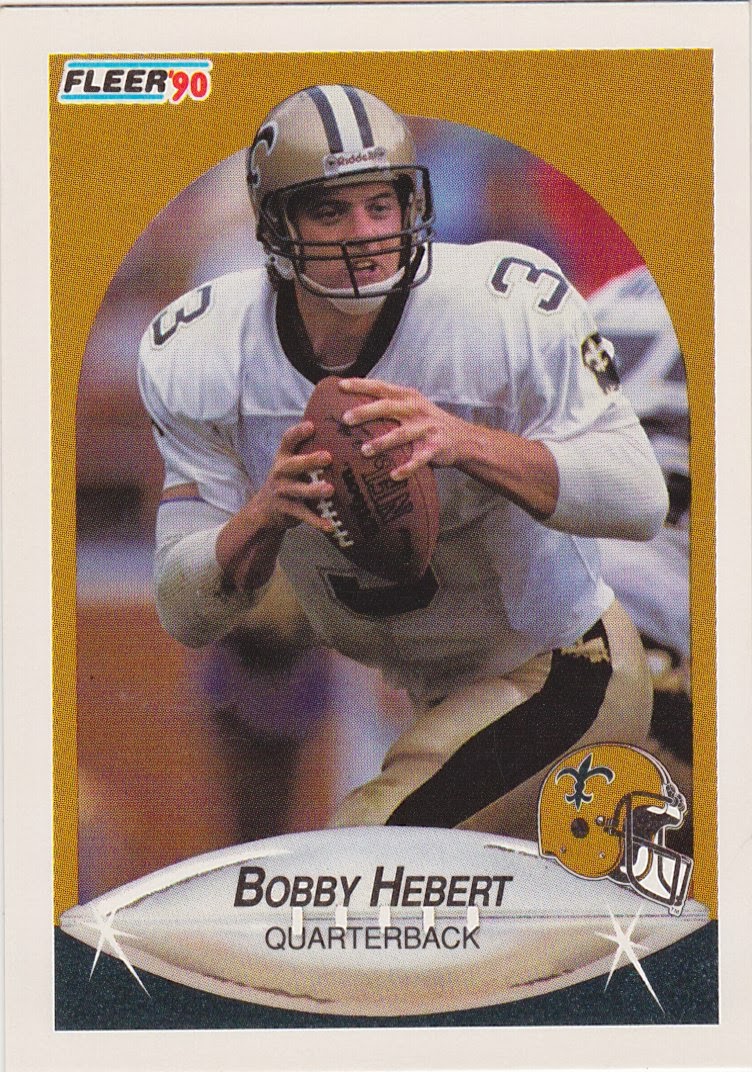 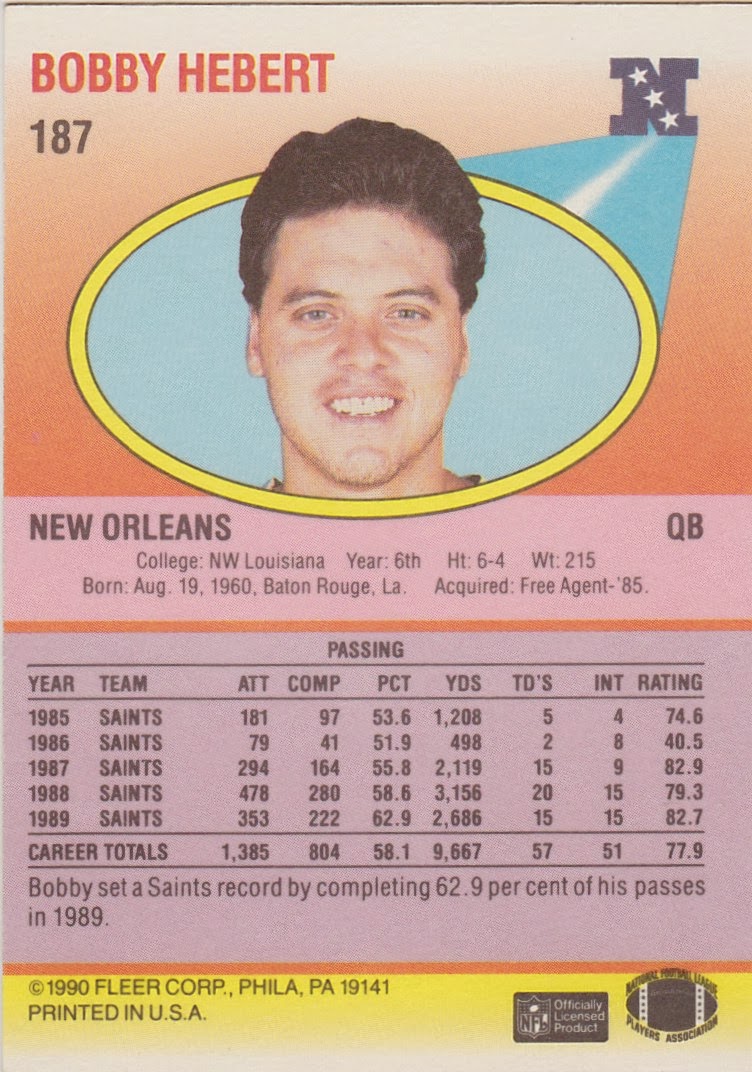 
NFL Info: Bobby Hebert was a Louisiana boy who played at NW Louisiana. He was born in Cut Off, Louisiana (I kid you not!) and his name is pronounced "ay-bare"... Cajun much?

He was signed by the Saints in 1985 after he had played in the USFL for three seasons. His Michigam Panther team won the USFL title in '83.

Anyway he played for the Saints through 1992 and then for the Falcons for three seasons. He led to Saints to three play-off appearances but didn't win a game in the post-season. He made his only Pro Bowl appearance in 1993 with Atlanta.

Fantasy Angle: I had Hebert in 1988, a year in which I went 11-3 and cruised to a division title but got knocked out in the 1st playoff round. Herbert had started five games for me that season and had the best scoring average of any of my QBs. We were a 'touchdown only' league then and he averaged better than a TD and a half per game. I sat him in the playoff game and he got hurt in his game for New Orleans and didn't score so I have no regrets.

The Card: I put the 1990 Fleer set together by hand back then. It's in a binder and I bet I haven't looked at it twice since. But I liked the set then and I still do, at least the card fronts. They are color coordinated with the teams' colors and have the team helmet on them so they appeal to me. I bet they look good in a binder, I may have to dig the thing out. 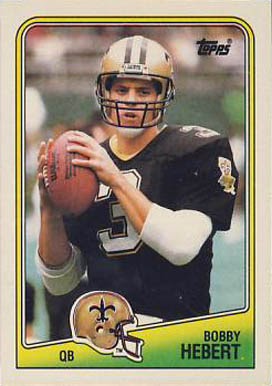 Now that I look at it I think I may have this card stuck in my football box.