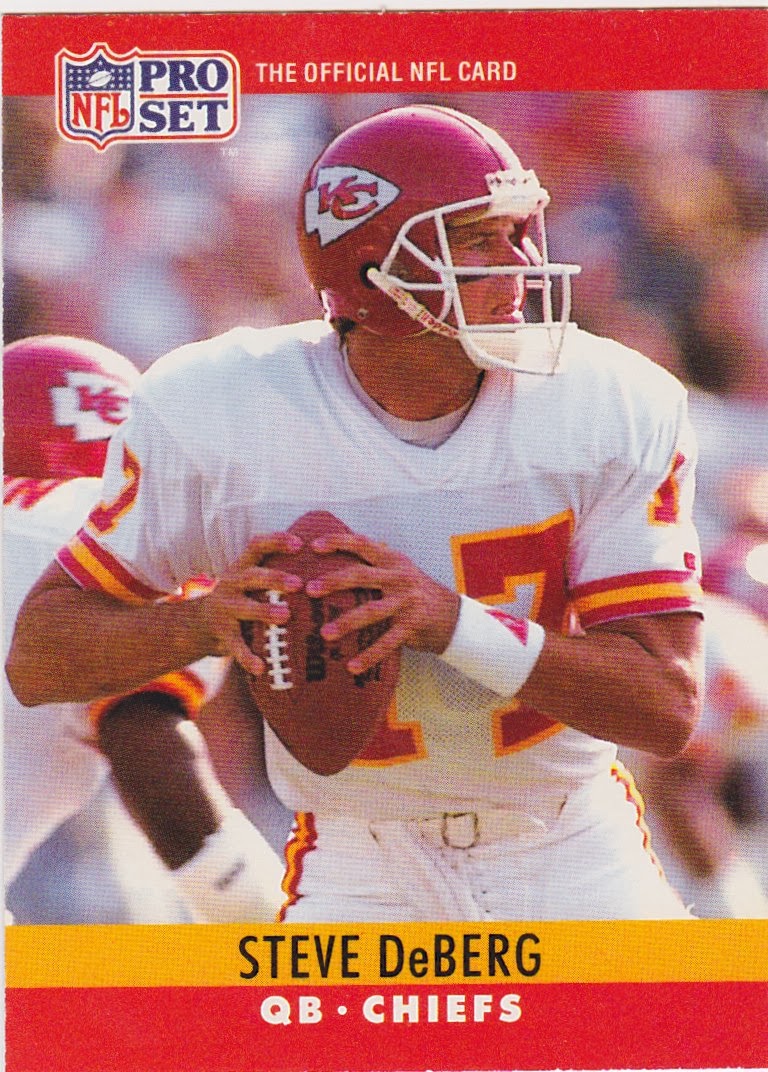 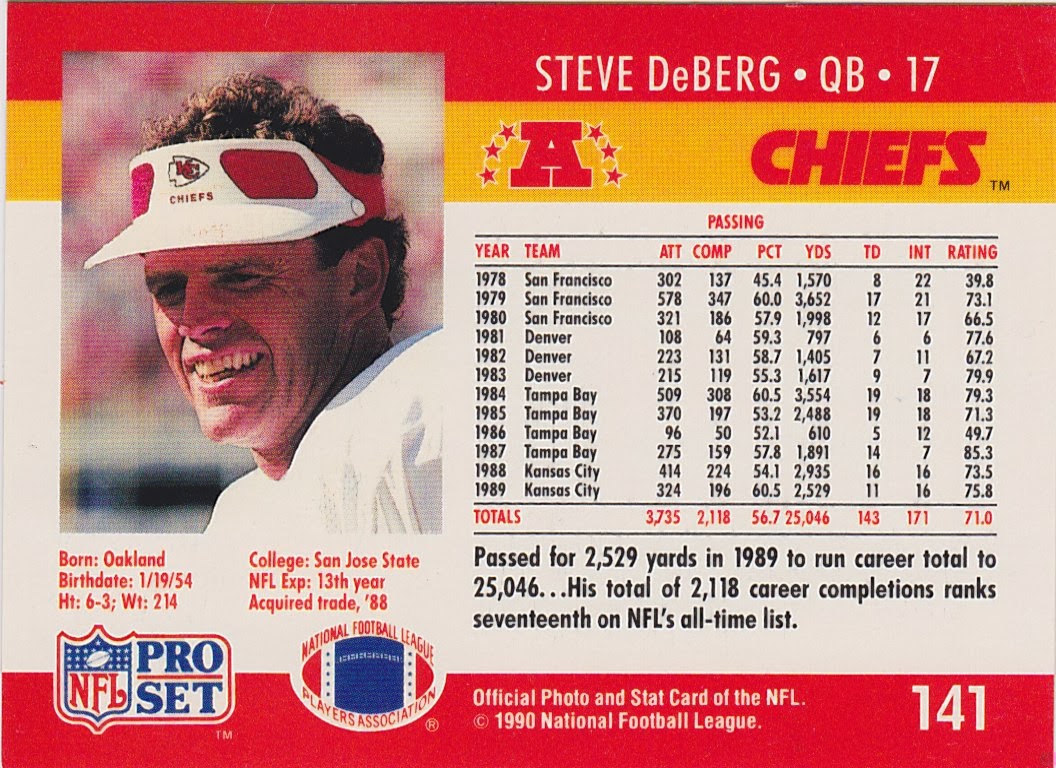 NFL Info: Steve DeBerg was drafted in 1977 by the Cowboys who cut him at the end of camp. DeBerg was signed by the 49ers and went on to play though 1998 with six different NFL clubs. In '98, as a Falcon, he became the oldest qb to start an NFL games and the oldest player ever to appear on a Super Bowl roster. That was his last season. Among his highlights: He led the NFL in completions in 1979 and he set NFL single-season record for lowest interception percentage in 1990.

Fantasy Angle: I had DeBerg on my roster on four separate occasions spanning 1980 to 1998. He started the third game in my teams' history in '80 while playing for the 49ers and had two touchdowns. I drafted him in 1985 but traded him before the season started for the Cardinals' Neil Lomax who got me to the playoffs. He rode my bench during last season of his in '98 as a Falcon. But it was in 1990 that, as a KC Chief, he played a big part in one of my most successful seasons. He made five regular season starts for me that year and went 4-1 including the final two games that got me a division title. He threw for five scores over that two game span. Then I used him in my semi-final game and he helped me win again with a 12 point effort. I started Dan Marino in the title game and won my first championship.

The Card: 1990 Pro Set is one that I hold near and dear to my heart. I was bailing out of the baseball card hobby but along had come Pro Set football, available nearly everywhere in pack form. I could grab a three pack sleeve at the grocery store or get one at Stop-and-Go when I filled up. Putting the set together card by card, trading with the kids at my school. It was a lot of fun. People can bash the set all they want but I love everything about it.