Return of the Big E 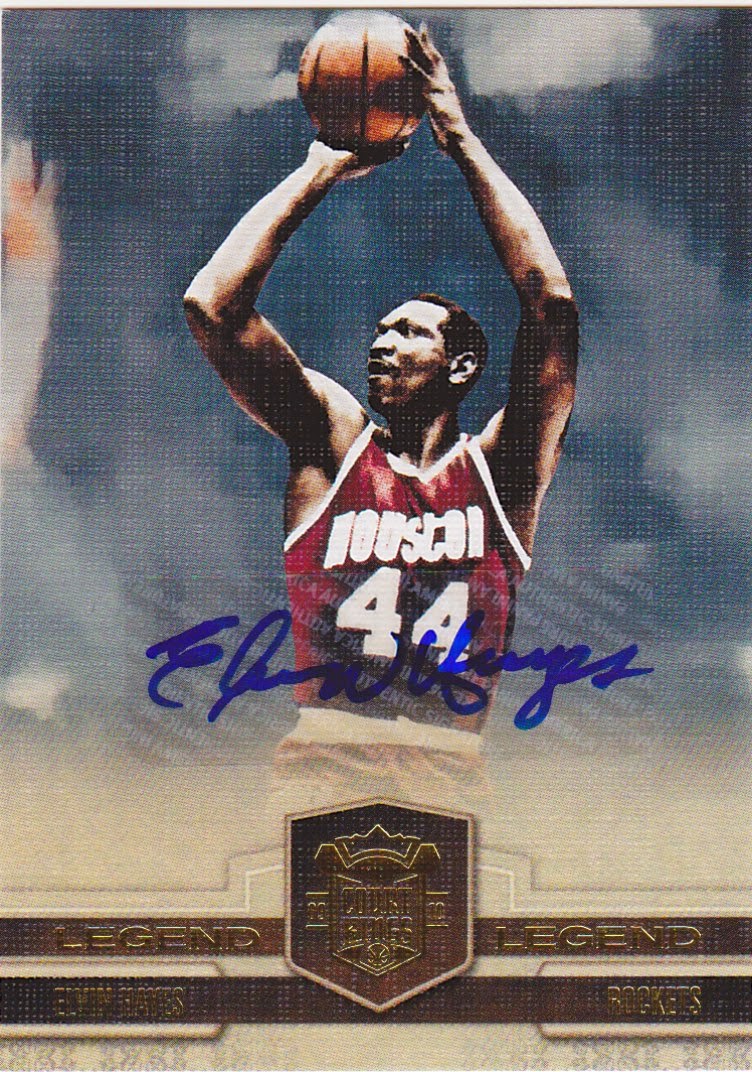 As a proud alum of the University of Houston I have always been a big fan of Elvin Hayes. He's not only a Hall of fame basketball player but an inspiration and wonderfully friendly guy. He wasn't always that way. He had a serious stuttering problem growing up and it took until adulthood for him to get past it. He says it was just all hard work.

On the court he was a workhorse and his numbers are worthy of a Hall of Famer. I attended The Game of the Century back in January of 1968 and it changed my life, a story I've told before and won't repeat again here. Elvin currently works as a color man on the UH basketball broadcasts and he is a big supporter of the program.

This signed Panini card is my latest pick-up. 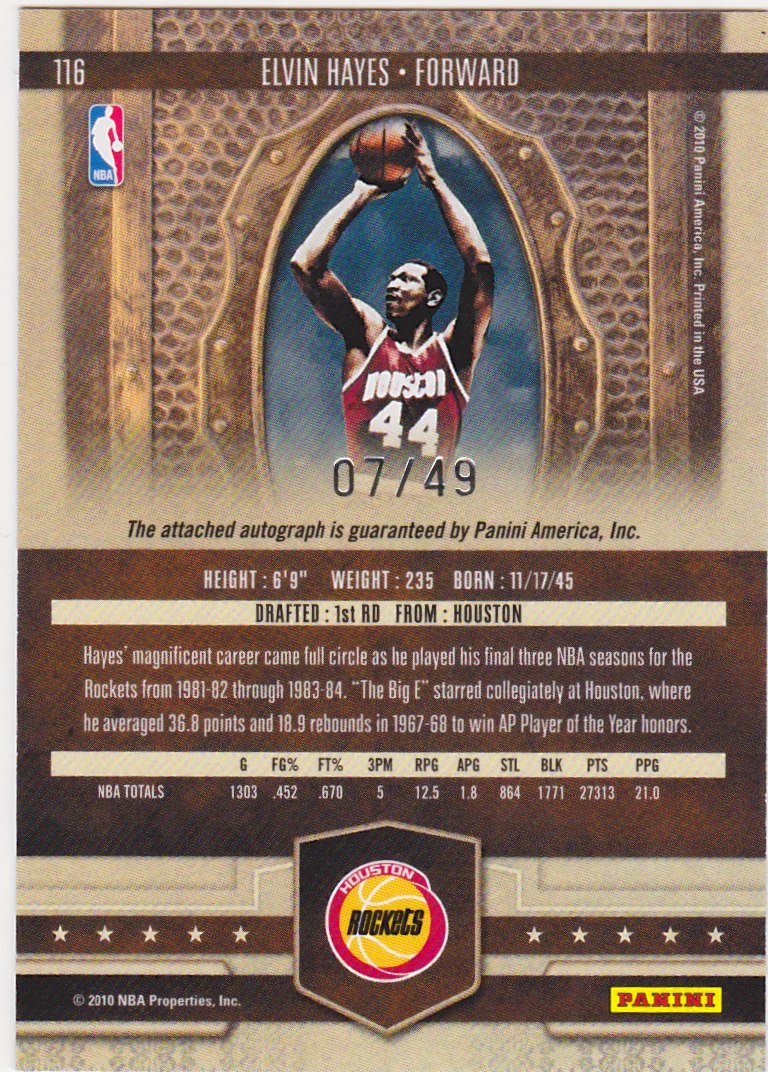 My favorite Hayes collectible, except for the GOTC game program, is a 2'x3' photo/poster of the game signed and inscribed by Elvin. Too big to scan of course so I took a picture (not a very good one). 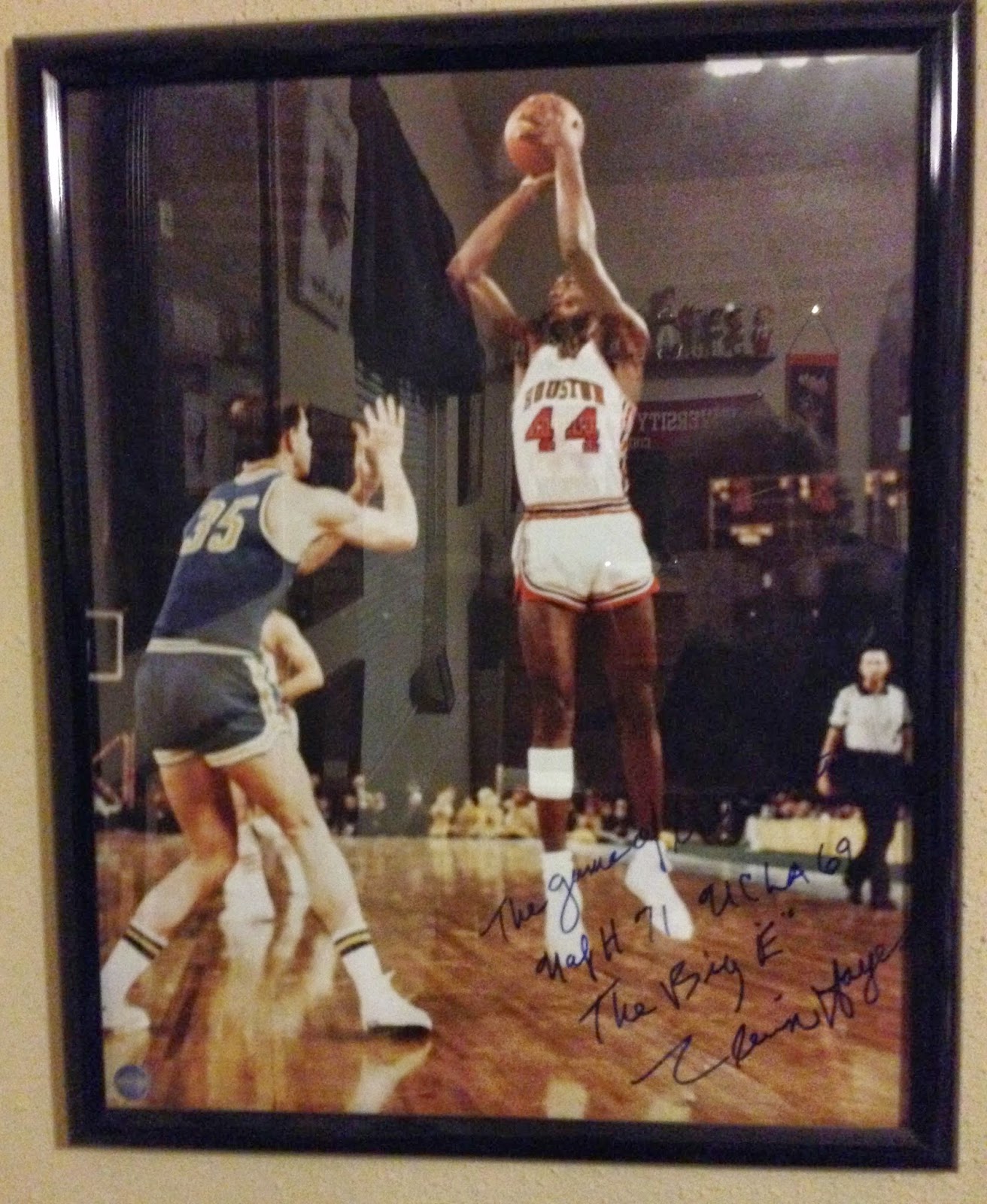 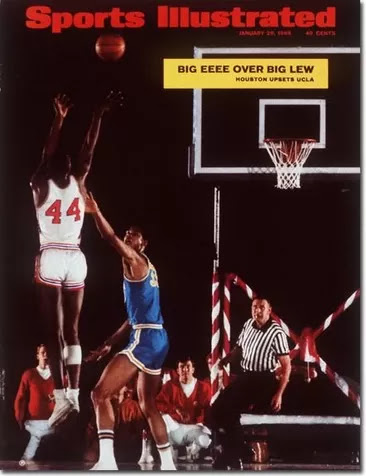 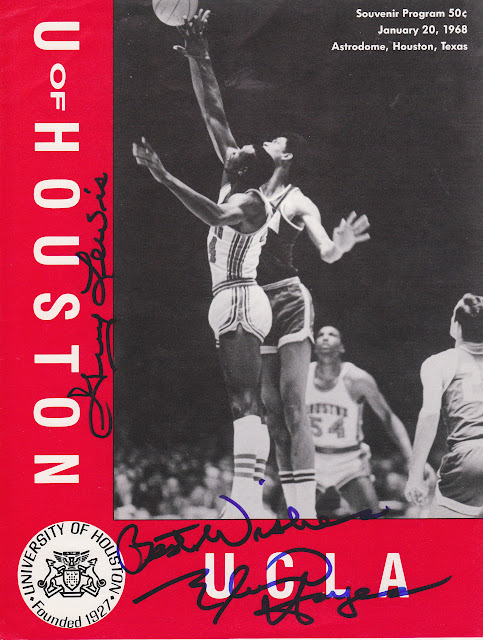