My Sloooooow Pursuit of the '64 Topps Giants Set 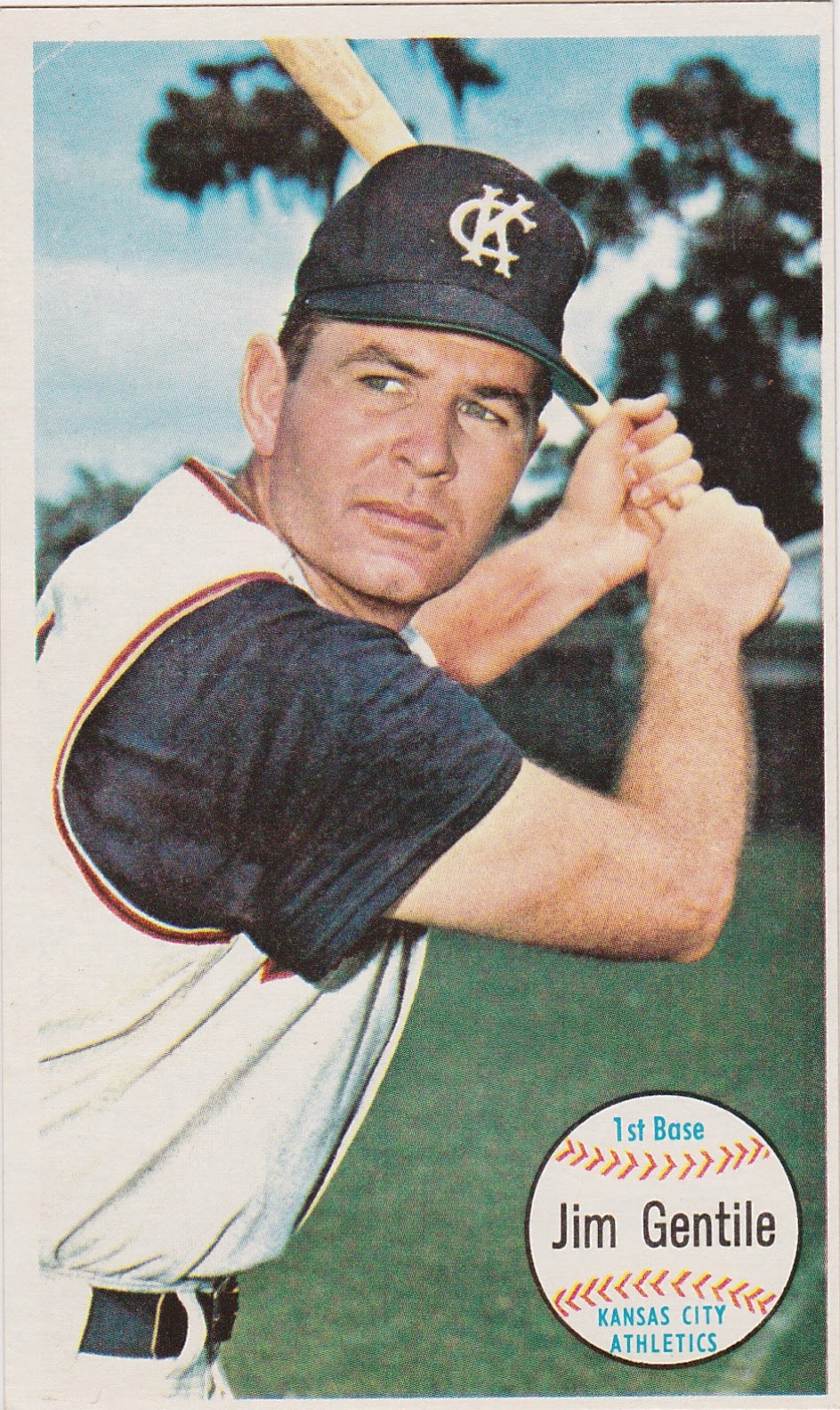 I've liked this set for a long time. I honestly don't remember seeing it back when it was fresh in 1964 but when I started hitting the hobby shows in the mid-to-late 70s and early 80s I picked up the three of Orioles that are included and then a few others. I thought they were neat cards. The fact that 1964 is right in my wheelhouse when it comes to being a baseball fan certainly adds to it's appeal to me. If you hadn't noticed I am partial to postcard sized collectibles and these of course fall under that umbrella. And finally I dig the fact that they are really inexpensive considering the star power throughout the checklist. 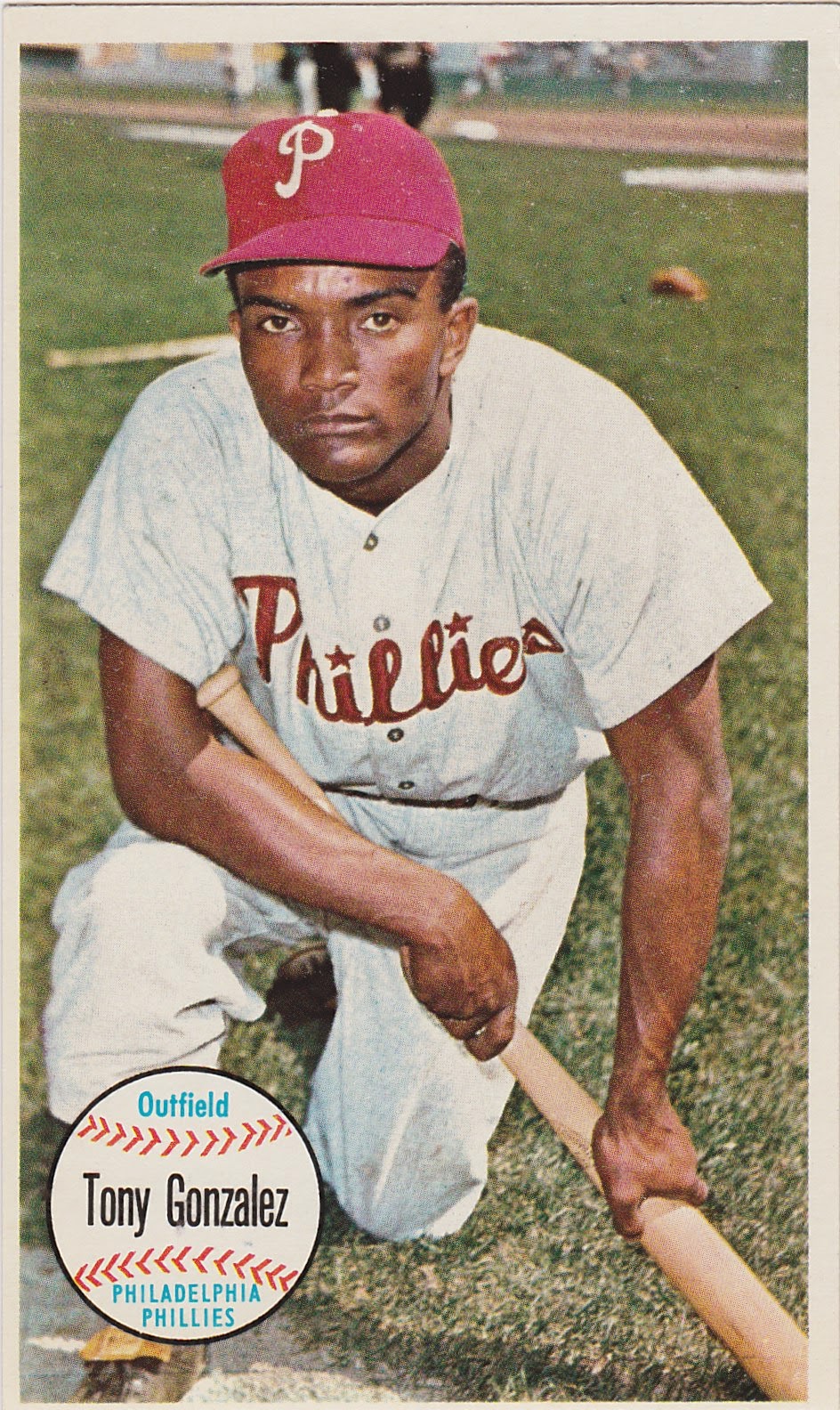 There was a time in my youth when the Phillies were a team I followed. Going to Shea Stadium with my friends and their fathers who were mostly National League fans I guess I felt I needed a team in that league to root for. The Phils' outfield with Johnny Callison, Wes Covington and Tony Gonzalez were fun and Callison remains a favorite to this day. 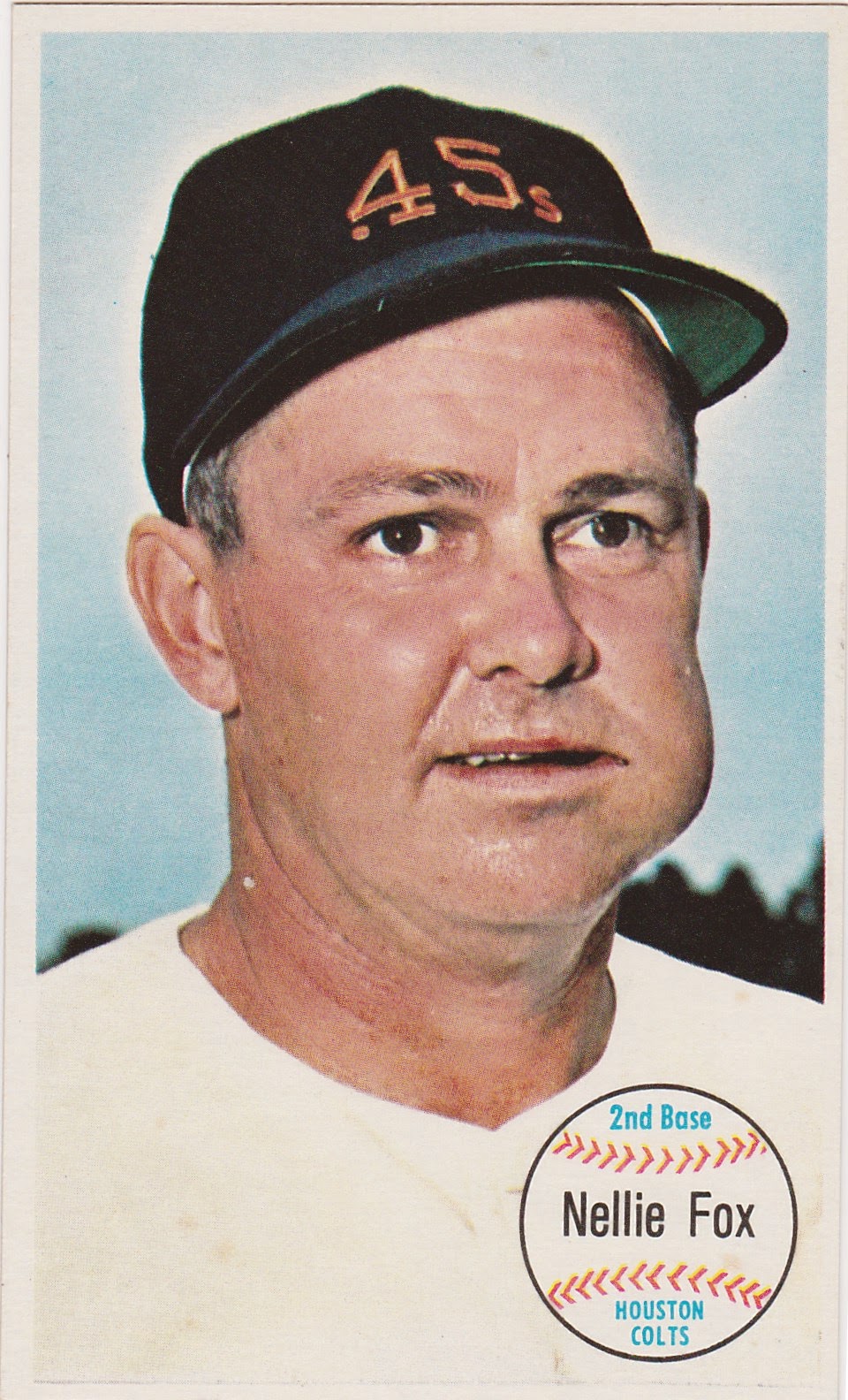 As for this set collection, I didn't do much about them for a very long time. I bought a lot of about ten a couple of years ago and never even took them out of the sleeves they were shipped in. Then about a year ago I decided to add a few here and there. The only card I can recall paying more than a buck or two for is the Koufax. And at the time I bought it I was buying more for the spot in my Koufax PC than the '64 Giant binder but it was nice to add in any case. 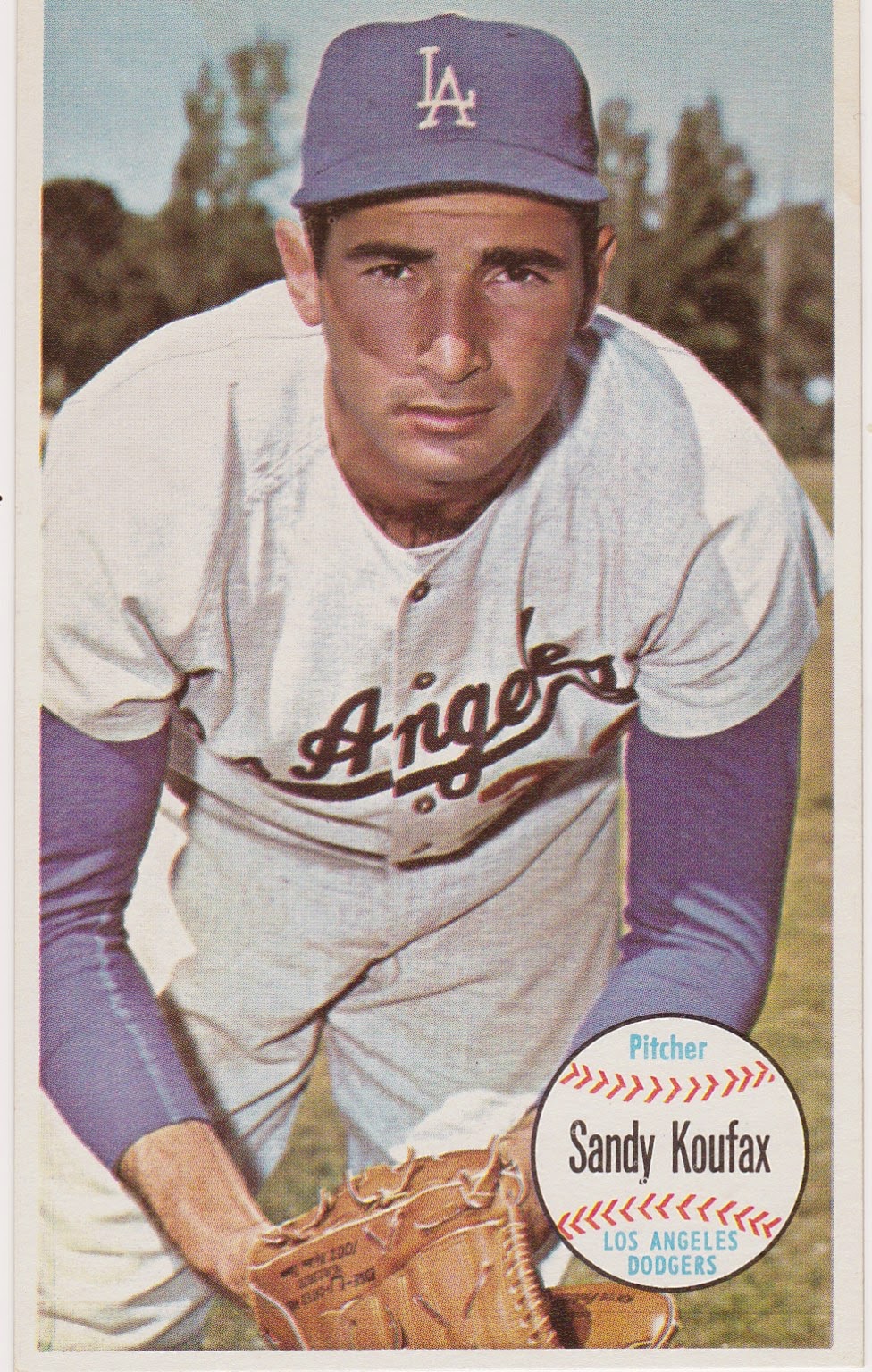 I still lack a few short prints and a few slightly pricier cards as well as some 'commons' but I'll knock off the last dozen or so that I need without too much angst.  If you've never seen the back of one of these take a peek at the Koufax. 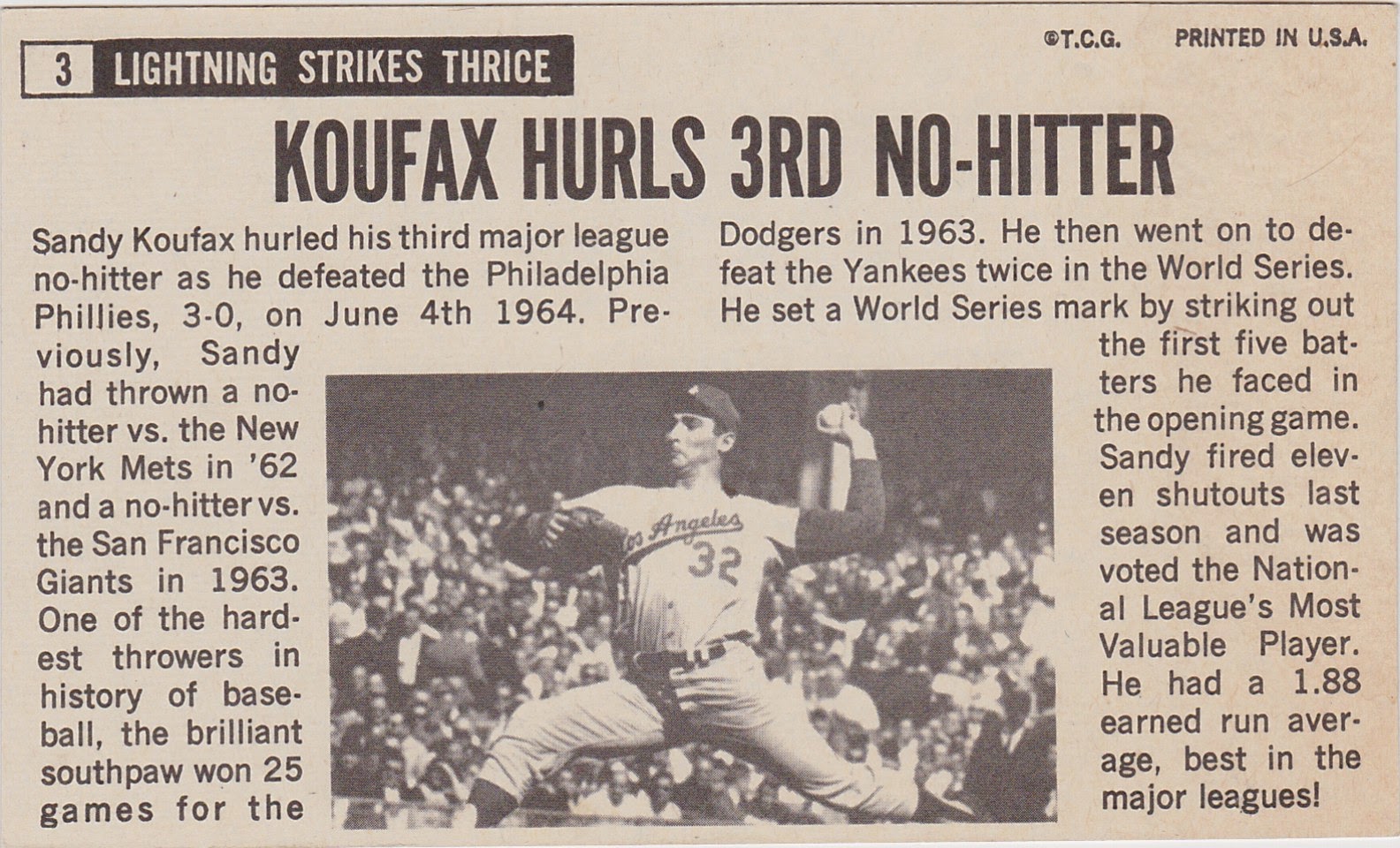 Just in case anyone has any of these hanging around, here is my needs list: