A pair of '58 Topps All Star cards 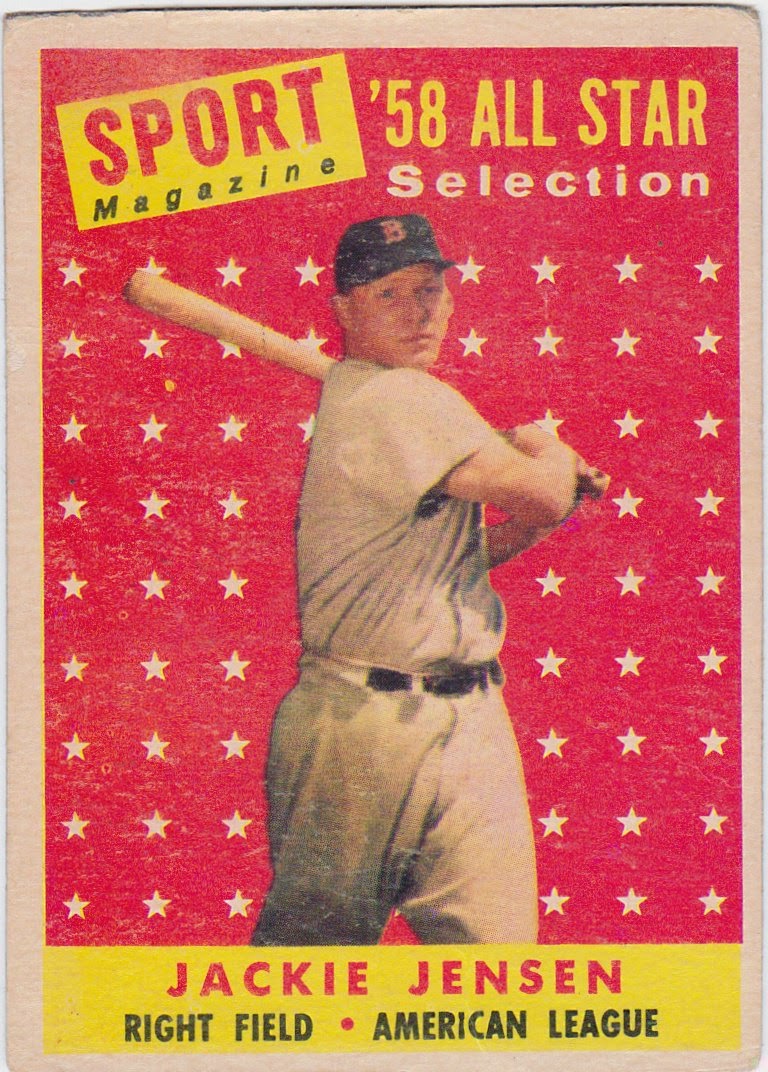 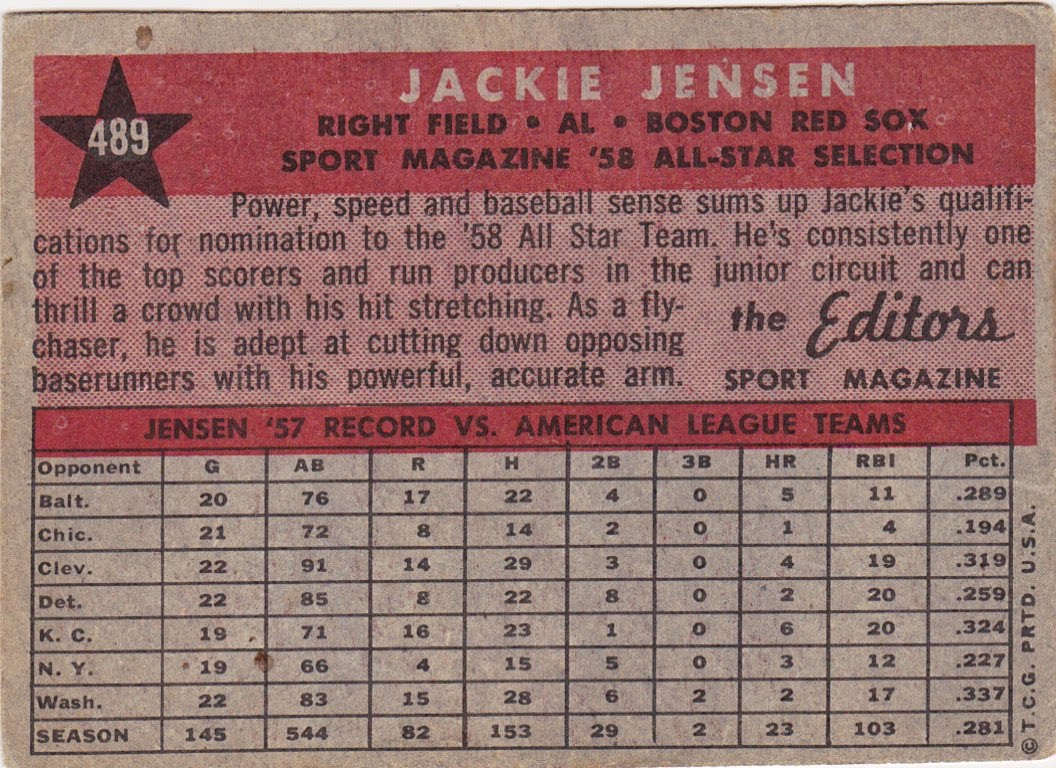 The 1958 Topps All Star card  of Jackie Jensen combines two things I've become a fan of... the 1958 Topps All Star cards and Jackie Jensen! Jensen is, as I have gone on about a few times previously, an interesting and much under appreciated player. He had all the tools needed for stardom but his career was undermined by his 'inner' demons.... anxiety, self-doubt and fear of flying.

My interest in the '58 All Star cards I think goes back to the fact that the '58 set was the first one I remember seeing. Living in Jericho on Long Island at the time I had a friend, a girl who lived down the street, who had a stack of them. They must have made a huge impression on me because I can still recall looking through them on my back porch with her.

Many years later I set out to collect as much of the set as I could at card shows and then on eBay but there came a point where I just lost interest. The set just didn't grab me as some later ones, the '59 and '60 for example, did. But out of the aborted collecting campaign came the one subset that did interest me, these All Star cards. I'm closing in on completing it.

Below is the Bob Friend which I snapped up along with the Jensen. Friend was three time NL All Star and among other accomplishments he became the first pitcher to win his leagues ERA title while pitching for a last place club. He did that in 1955. He led the NL in wins in 1958.

Bob's son, Bob Friend Jr., was a golfer on a couple of the PGA tours and is currently an analyst for Sirius Radio's PGA Tour Network among other golf related activities. 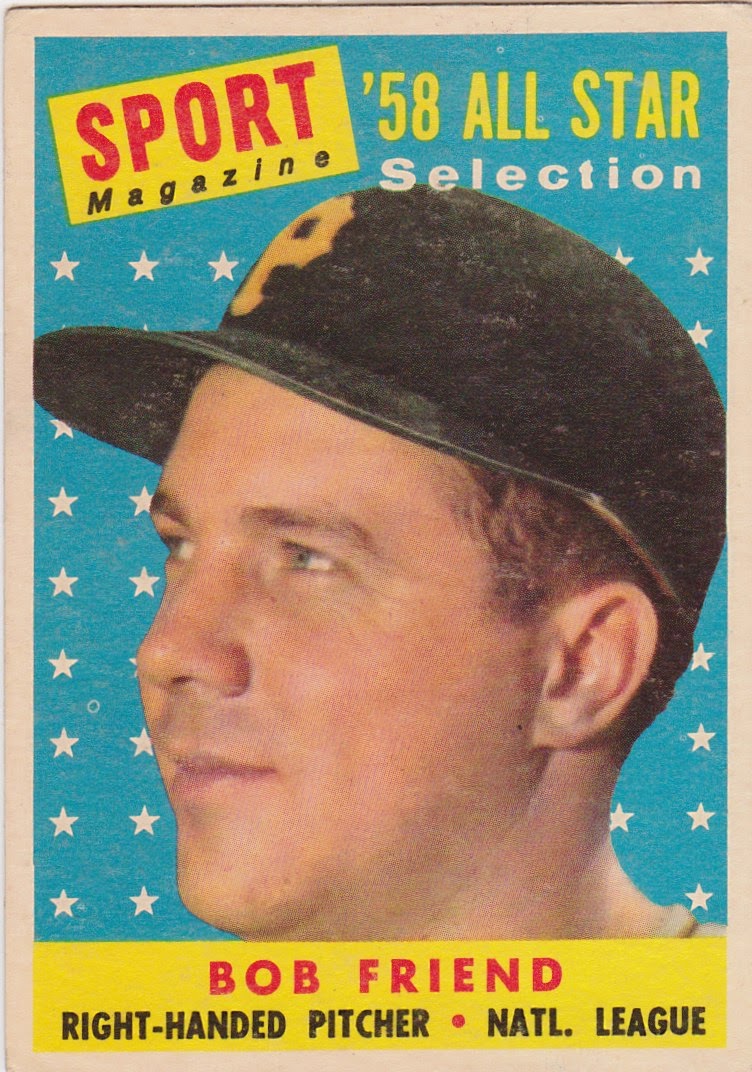 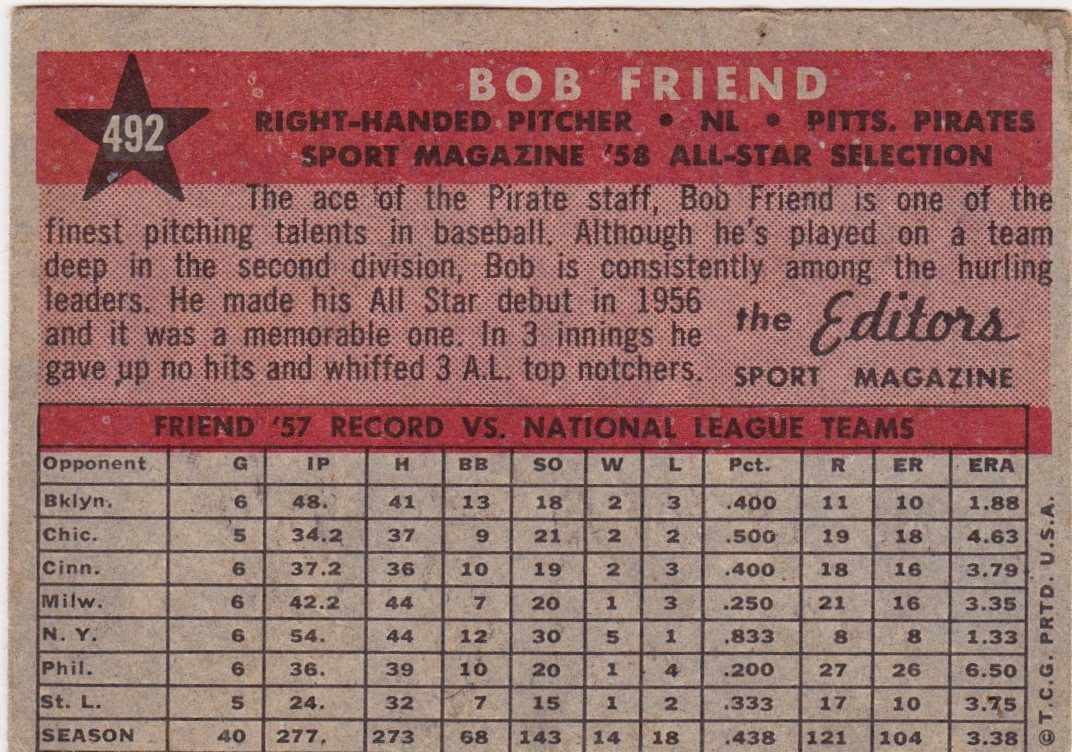