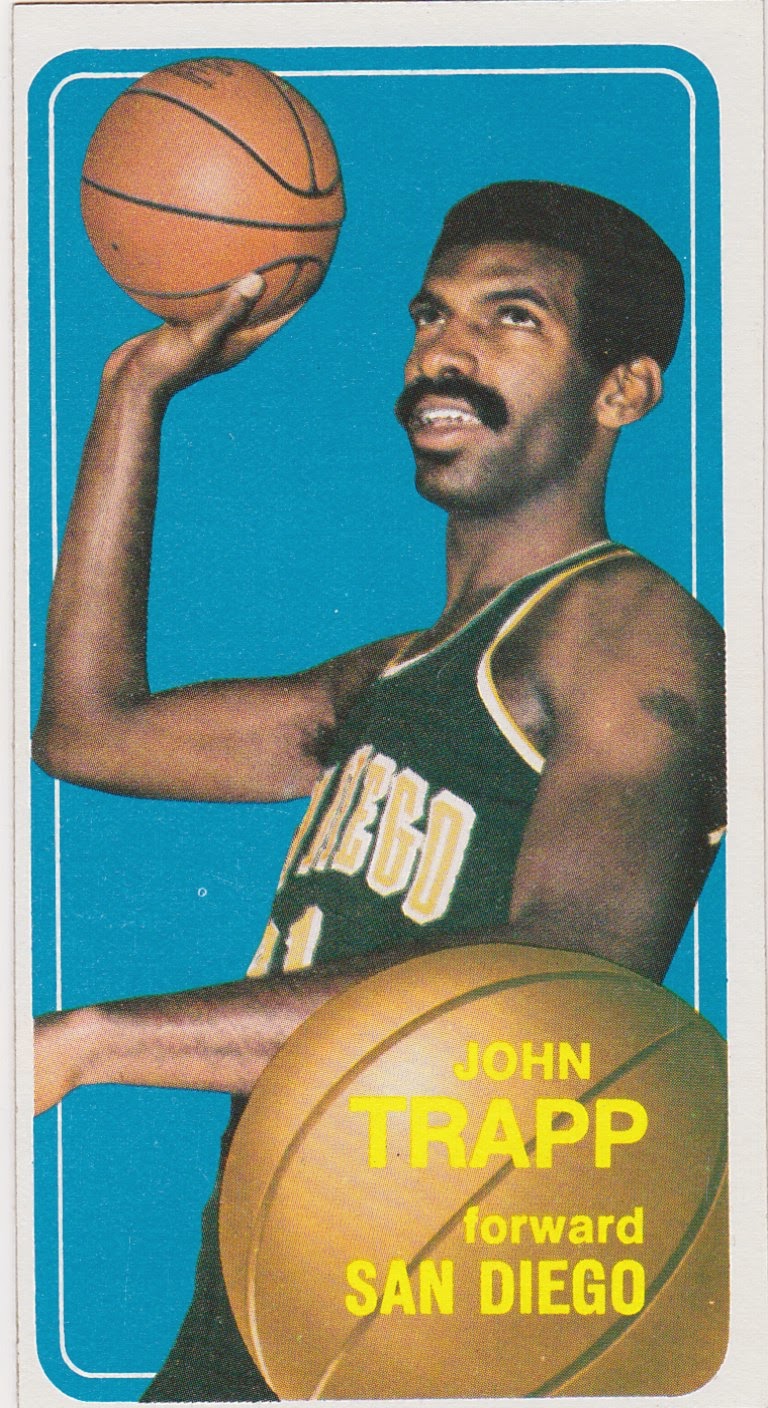 I came home yesterday and a package awaited me. It was one of those cd mailer type things. When I picked it up I was hit with the unmistakable smell of cigarette smoke. And it was strong. When I opened it up the six 70/71 Topps Basketball cards inside smelled the same way. I guess the eBay seller had a serious nicotine habit.

The good news is that, other than the stench, the cards are really nice. Great color, sharp corners, almost pack fresh. Can't ask for much more from six 43 year old cards that cost me a total of $8.

There is more fun among the cards themselves, of course. Did the photographer ask John Trapp (above) to hold the ball like a pizza tray and smile? 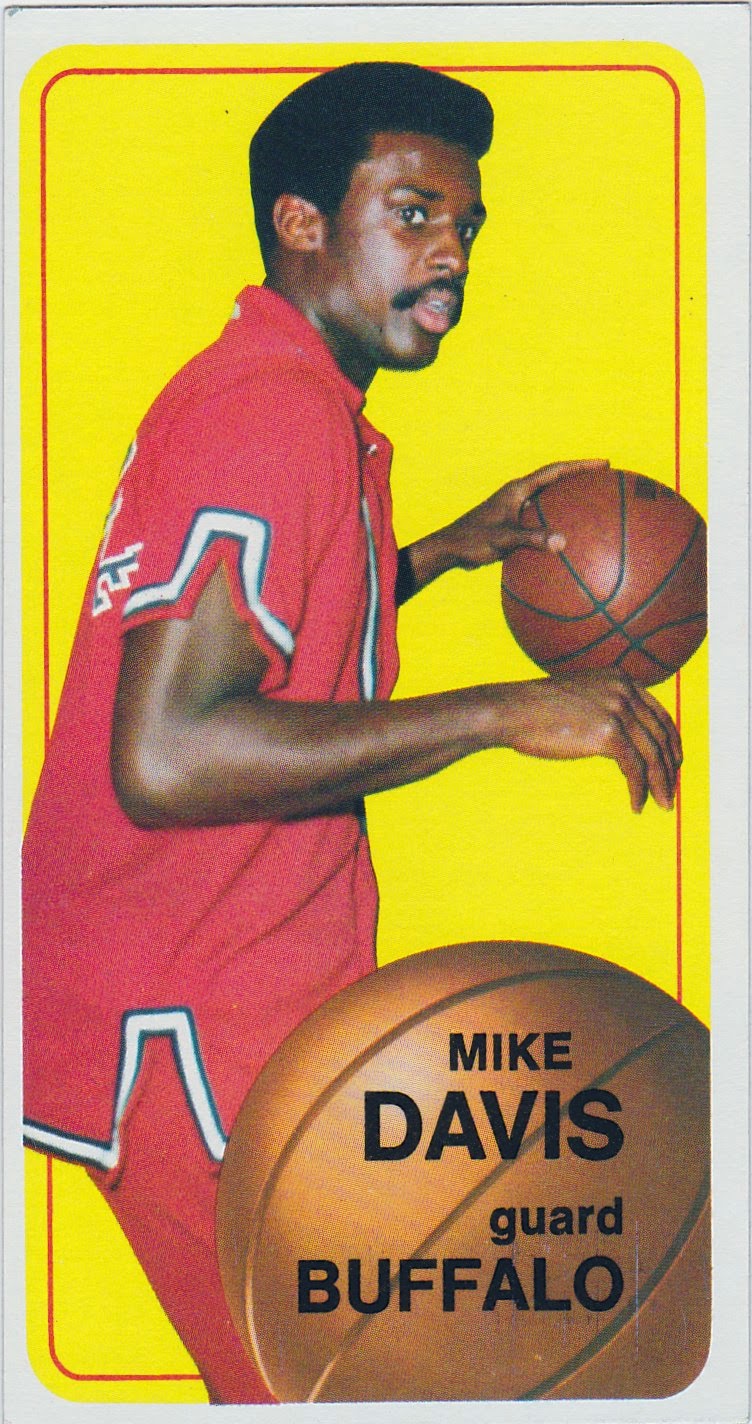 I don't remember Mike Davis at all. At least he got to wear his warm-ups for the photo. But I believe it's from his days with Baltimore. Luther Rackley has led and interesting and varied life. In addition to college and pro hoops he has been a New York City real estate agent, a teacher and an actor. Plus, he got an almost normal card in this generally wacky set. 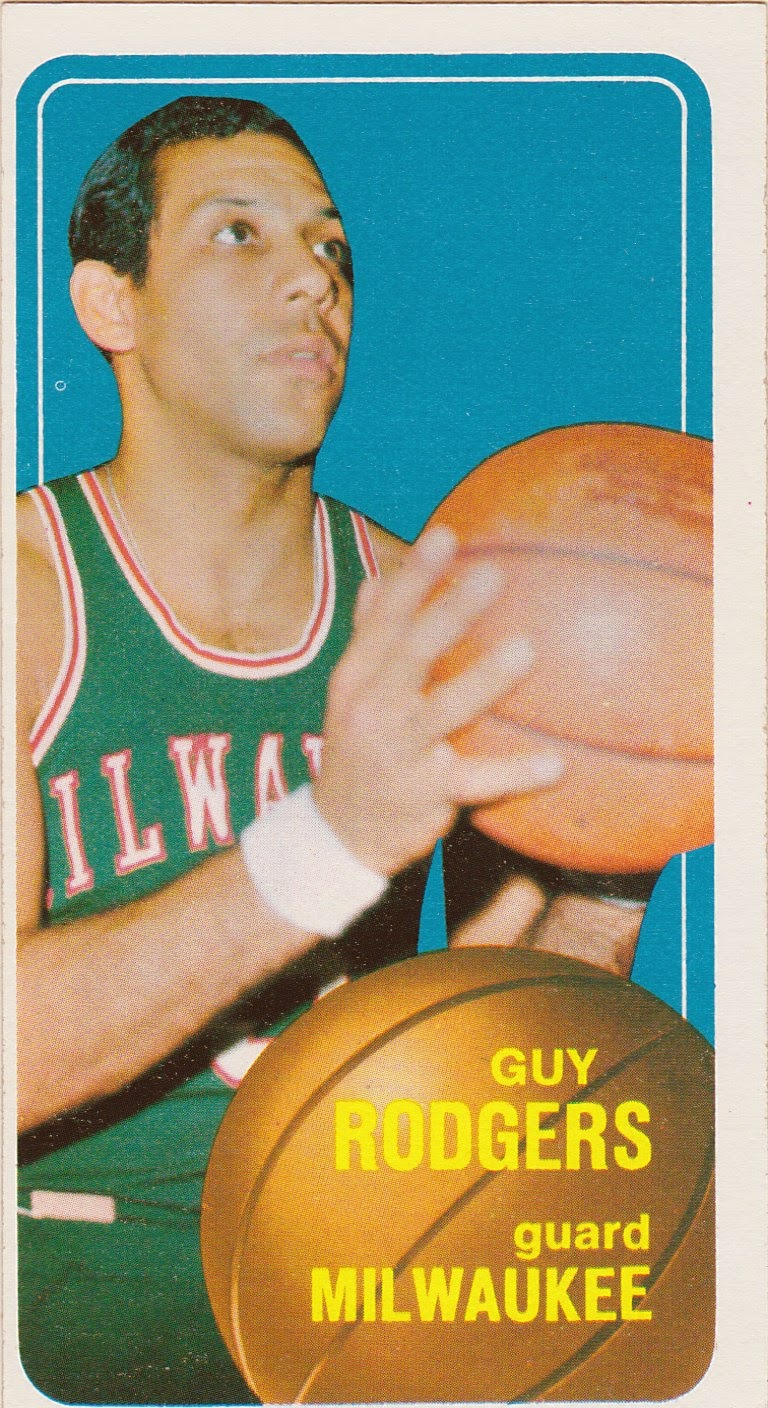 John Warren is shown as playing for Cleveland but that his Knicks' jersey he's wearing backwards. He got a ring with the Knicks in 1969/70. That title came over the Lakers and during a period in my life that I actually paid some attention to the NBA. Game Seven of the Finals was the famous 'Willis Reed Limps onto the Court For Warmups" game. Reed had been doubtful with a thigh injury but he dramatic entrance and the fact that he scored the games first two baskets made for a wild night in Madison Square Garden. 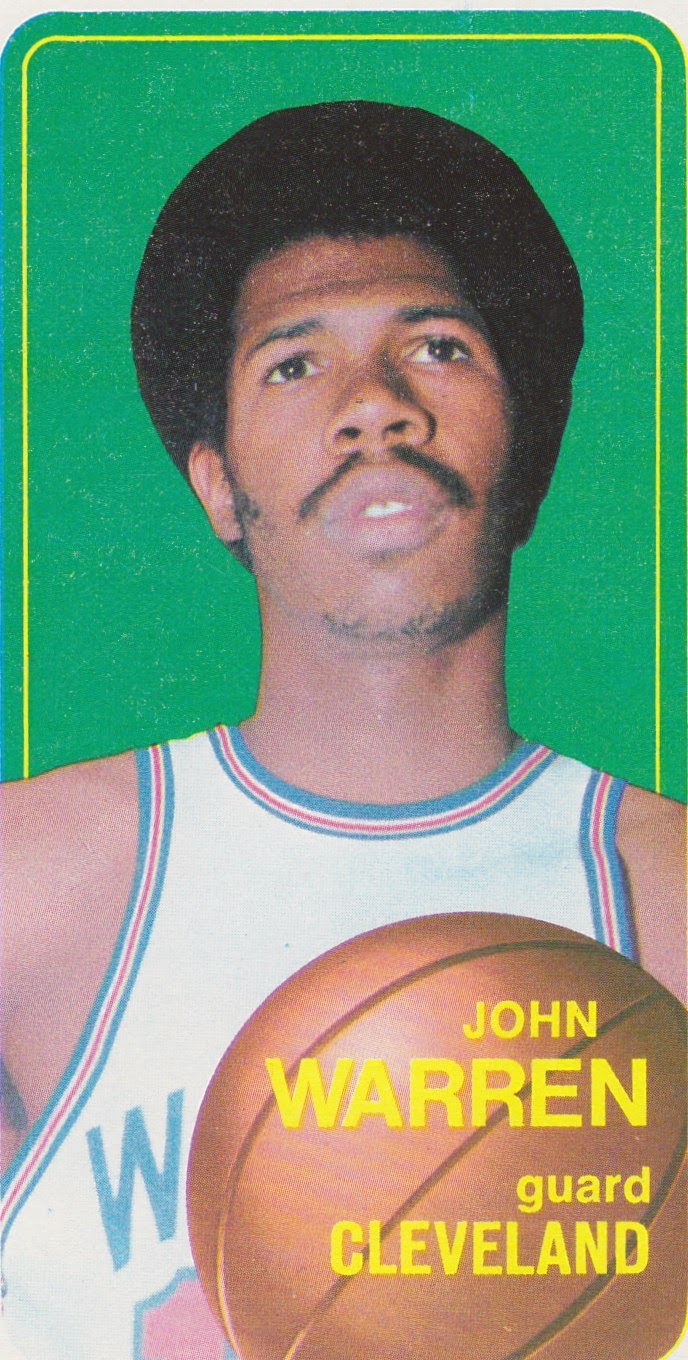 
Bob Love was called 'Butterbean' and played mostly as a 6'8" small forward for the Bulls. The story goes that Love was unable to find work after his career ended, supposedly because of a serious stuttering problem. He was working as a busboy when his employer paid for his speech therapy and Love went on to get back into basketball as a member of the Bulls front office and as a motivational speaker. 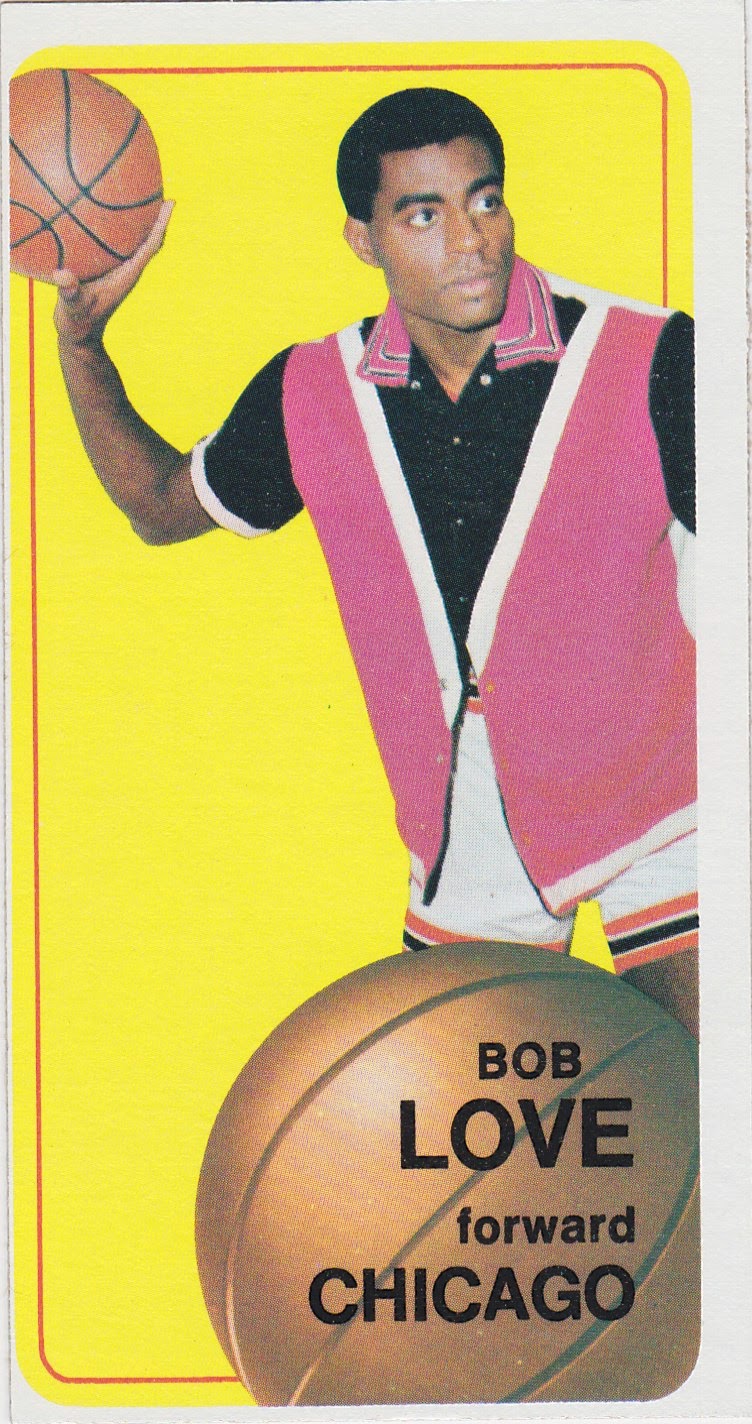