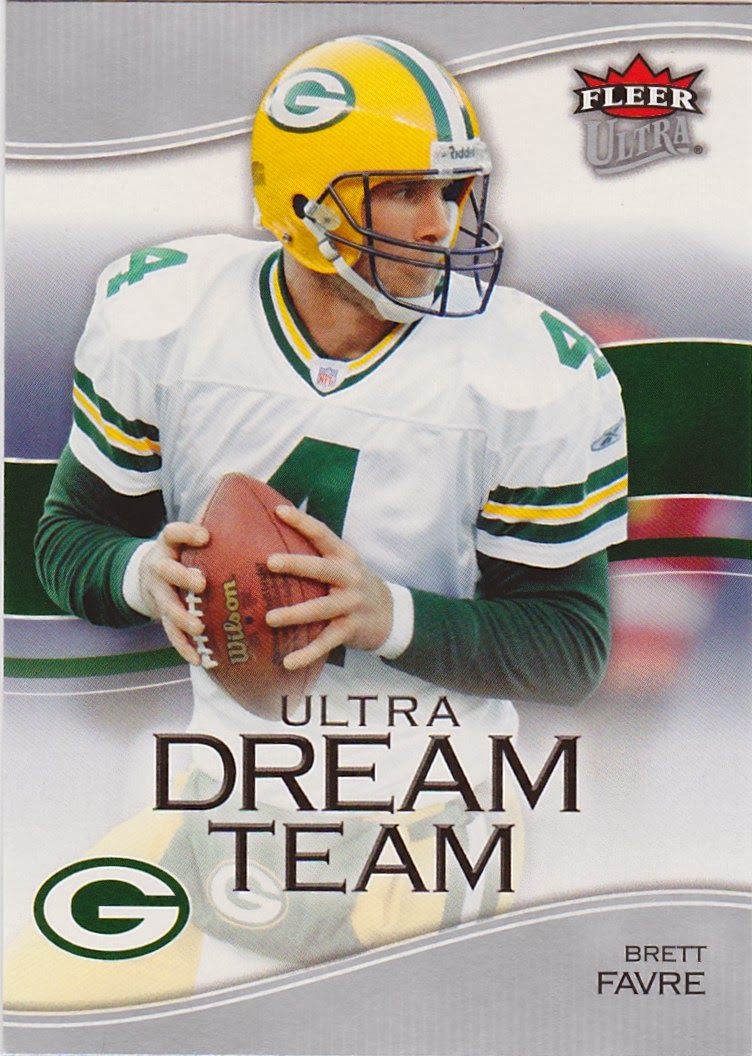 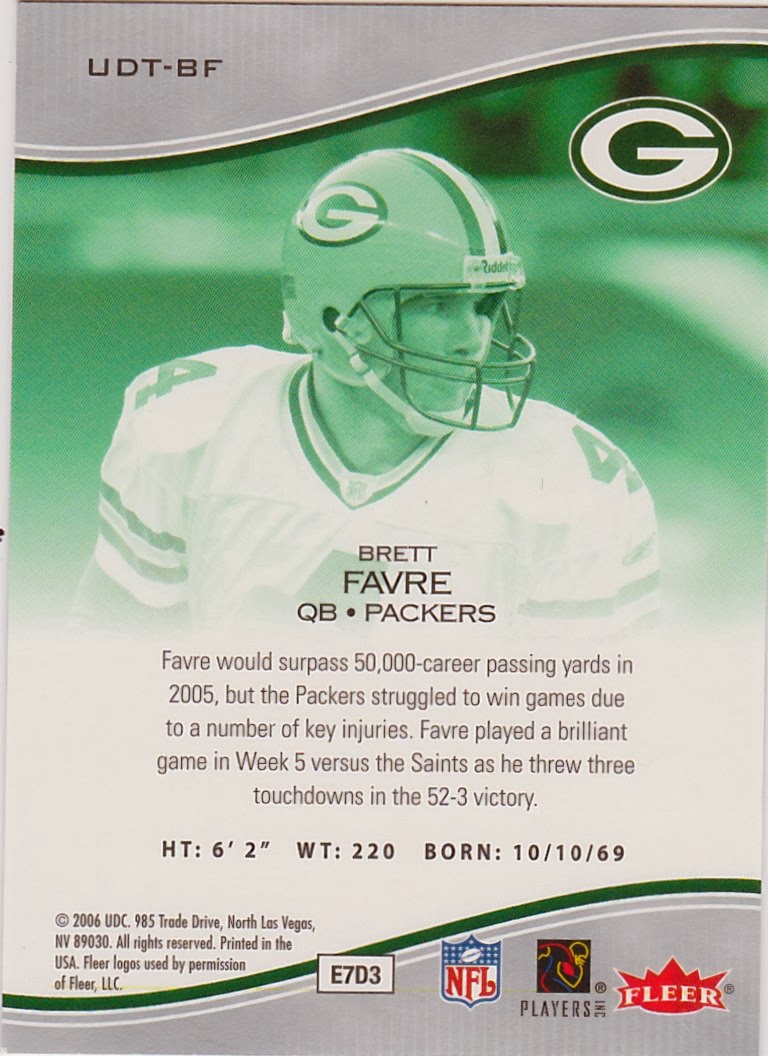 NFL Info: Well, Brett Favre is Brett Favre. Hall of Fame player. Favre quarterbacked for Southern Mississippi for four years before being picked in the second round of the 1991 NFL Draft by Atlanta. He was traded to Green Bay before the next draft and became the Packers' starting quarterback in the fourth game of the 1992 season, and started every game through the 2007 season. He was traded to the New York Jets and started at quarterback for the 2008 season and signed as a free agent with the Vikings for 2009. He made an NFL record 297 consecutive starts (321 including playoffs).

Fantasy Angle: In a league like ours that was quarterback oriented and used keepers it wasn't a surprise that Favre was with one franchise, the Heroes, for over a decade. He more or less became identified with that team and it got to the point that when I thought of Favre I thought of the Heroes before I thought of the Packers.

When he finally became 'draftable', with skills supposedly diminishing, I landed him for 2007. He had a pretty solid year for the Pack that season and it wasn't his fault that my team missed the playoffs with a 7-6 record. I drafted him again for 2008 and was disappointed in what he did that year. But even with his 'down' numbers I cruised to a 10-3 record and a division title with a bye into the semi finals which I won easily. In our "Hughes Bowl" championship game Favre scored just nine points and I lost by seven. Had he hit his 18 point per game average for that year I'd have been the league champ. So goes the life of a fantasy geek. For the record I had Jake Delhomme and Jason Campbell on my roster and available to the title game. They both also totaled nine points that week. So at least I can't blame my crappy line-up selection abilities for the loss.

The Card: This 2006 Fleer Ultra card misses Favre's tenure with my team but I have it in the binder just to add variety. Nothing particularly good or bad about it. I'm assuming it is part of a subset but I've never checked and don't care enough to look it up.
Posted by Commishbob at 5:30 AM