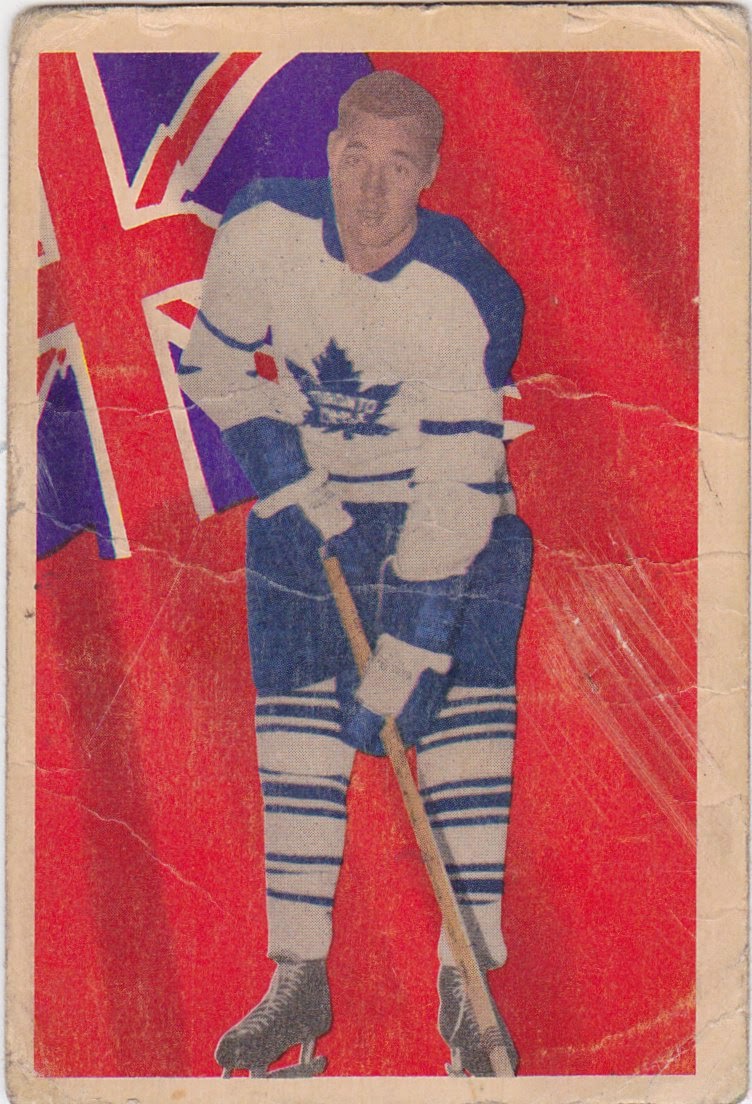 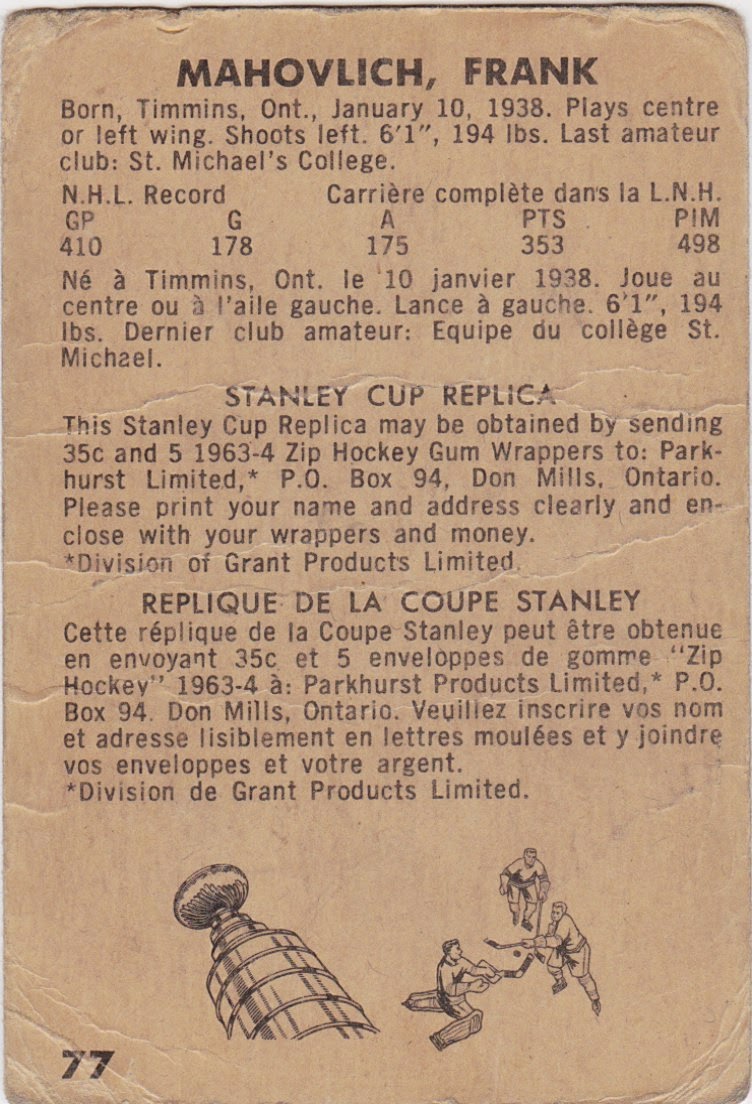 I cheated on this one. Back in the day I was a Frank Mahovlich fan when he played for Detroit. But since I... 1) love these '63/'64 Parkhursts and 2) didn't really have a fave among the Leafs back then, I chose to have "The Big M" fill this spot.

And it's not like he didn't do much for the Leafs. On the contrary he is one of the great players in their history. He played 11+ seasons in Toronto and was the Calder Trophy winner as Rookie of the Year in 1958. He made six NHL All Star squads with the Leafs (nine overall) and won four Stanley Cups with them (six overall).

After his time with Toronto he played for Detroit (where he is planted in my memory) playing on a line with Gordie Howe, and with Montreal. After his NHL days he played four seasons in the WHA. I saw him play for four different clubs as a pro (maybe five but I don't recall him from any Ranger-Montreal games I went to). He was a great scorer and a tough guy in the corners but during his career he suffered from depression and missed games due to that and assorted issues.

Wikipedia lists some of his accomplishments:


Those old Parkhurst cards are classic. The set contains Leafs, Canadiens and Red Wings. The Leafs all have the Canadian flag as a background (the version of the flag that was in play at the time) the Wings have the U.S, flag behind them but the Habs have a silly pattern of bars or lines. Weird and I don't know why but I guarantee one of you hockey card experts can fill me in.

My Mahovlich has seen better days but I don't mind picking up old beat-up cards if they are as cool as this old Parkie.
Posted by Commishbob at 5:30 AM