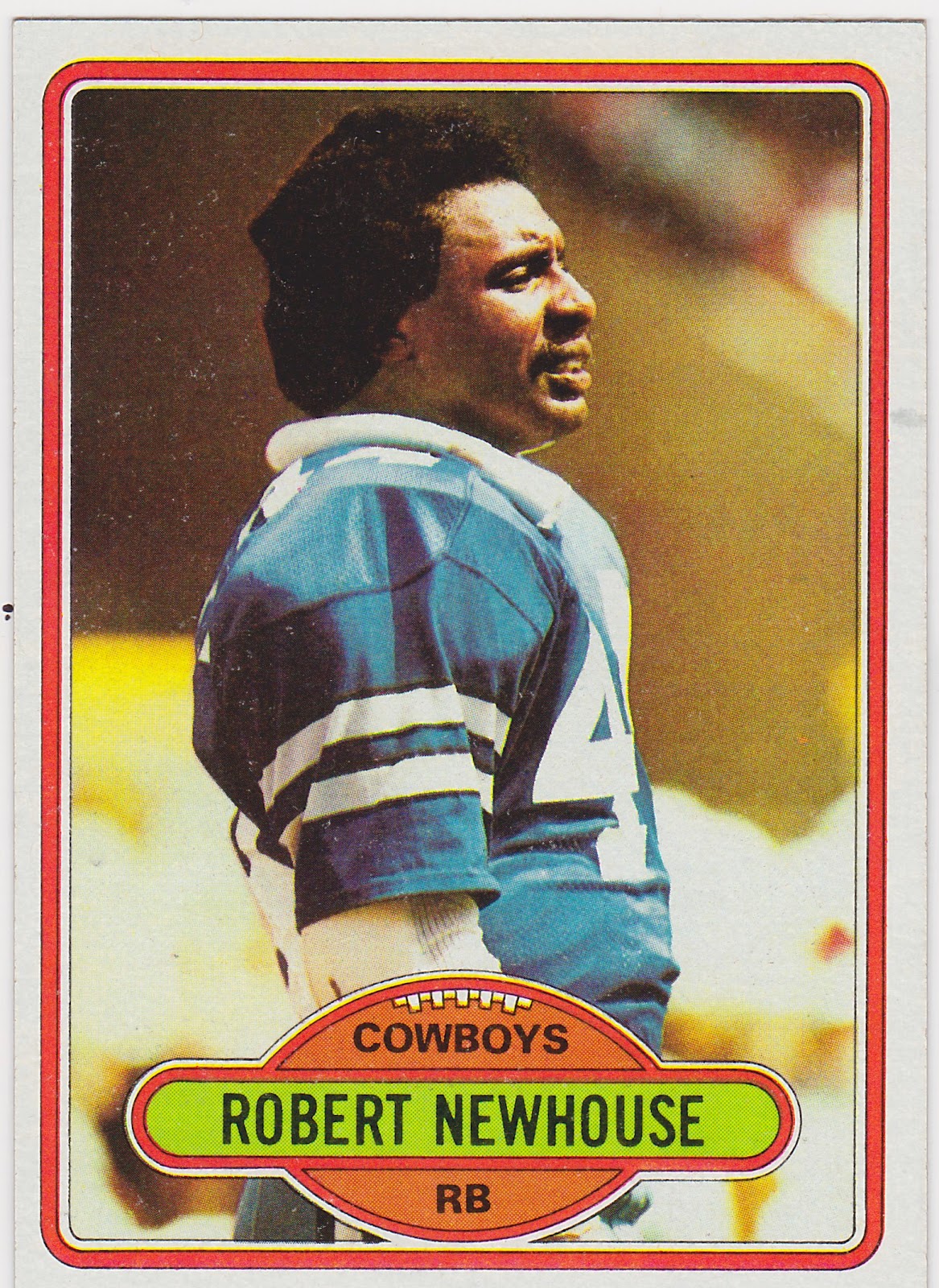 Mark Hoyle must a) own everything and b) have a great filing system. About three days after had I posted a couple of cards of the late Robert Newhouse I got these in the mail from Mark. As I noted previously Newhouse was a University of Houston star before he was drafted by the Cowboys. That post with the two cards of 'House' is here.

Mark's four cards actually complete the entire run of Robert Newhouse's Topps cards. Since the Cowboys have traditionally avoided wearing their blue jerseys the 1980 card at the top is not surprisingly the only one of the six that shows him wearing the 'road' blue. I likely owned a couple of these at one point as I had a nice Houston alum collection but somewhere along the line it was broken up and dispersed to the four winds. So I went from zero Newhouse cards to his whole Topps checklist in about 10 days.

You can usually tell by Newhouse's hair if the shot is a sideline game picture or not. The '80 and the '78 below show him with a bad case of 'helmet hair'. 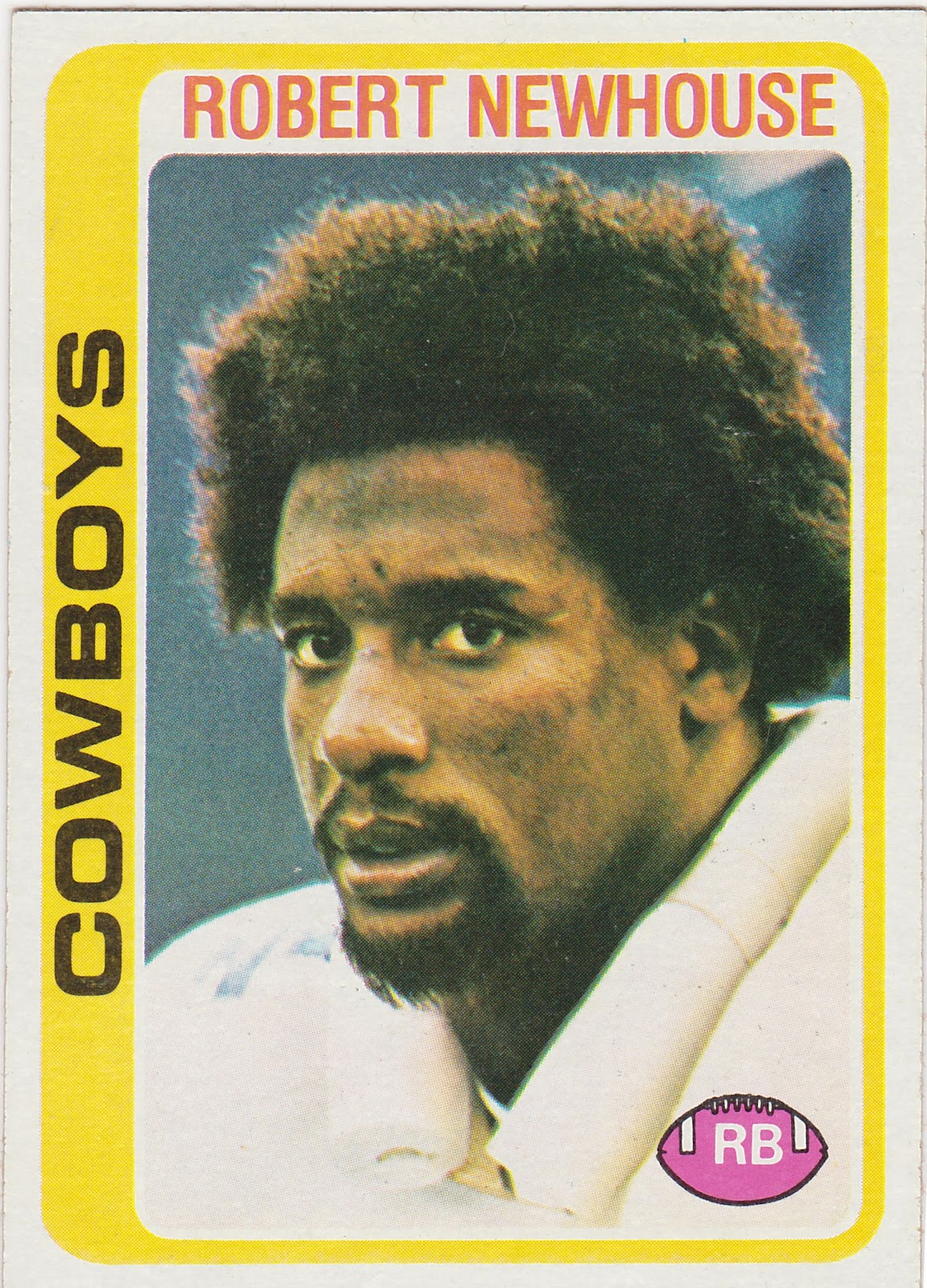 This next card is from 1976 and it shows him as I most remember him at UH. Topps' football designs of that era all tend to run together in my mind....probably because I wasn't collecting football cards then. The ones I have are mostly in my fantasy football player collection. It also occurs to me that since my number all through school was also 44 that may be why I was a fan of House. 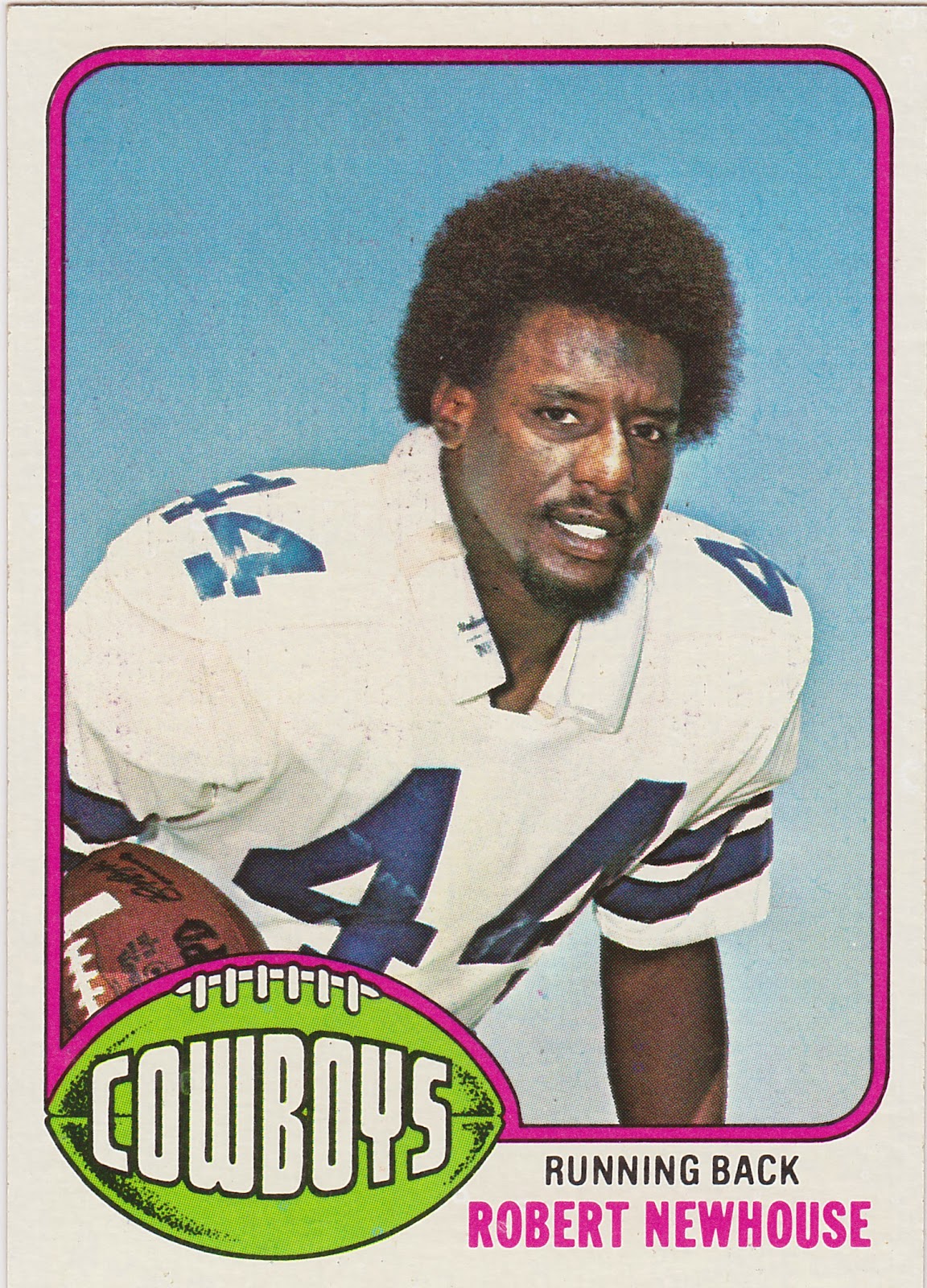 And finally here is Topps' 1979 Newhouse card. As is almost always the case one can't tell much by his expression. 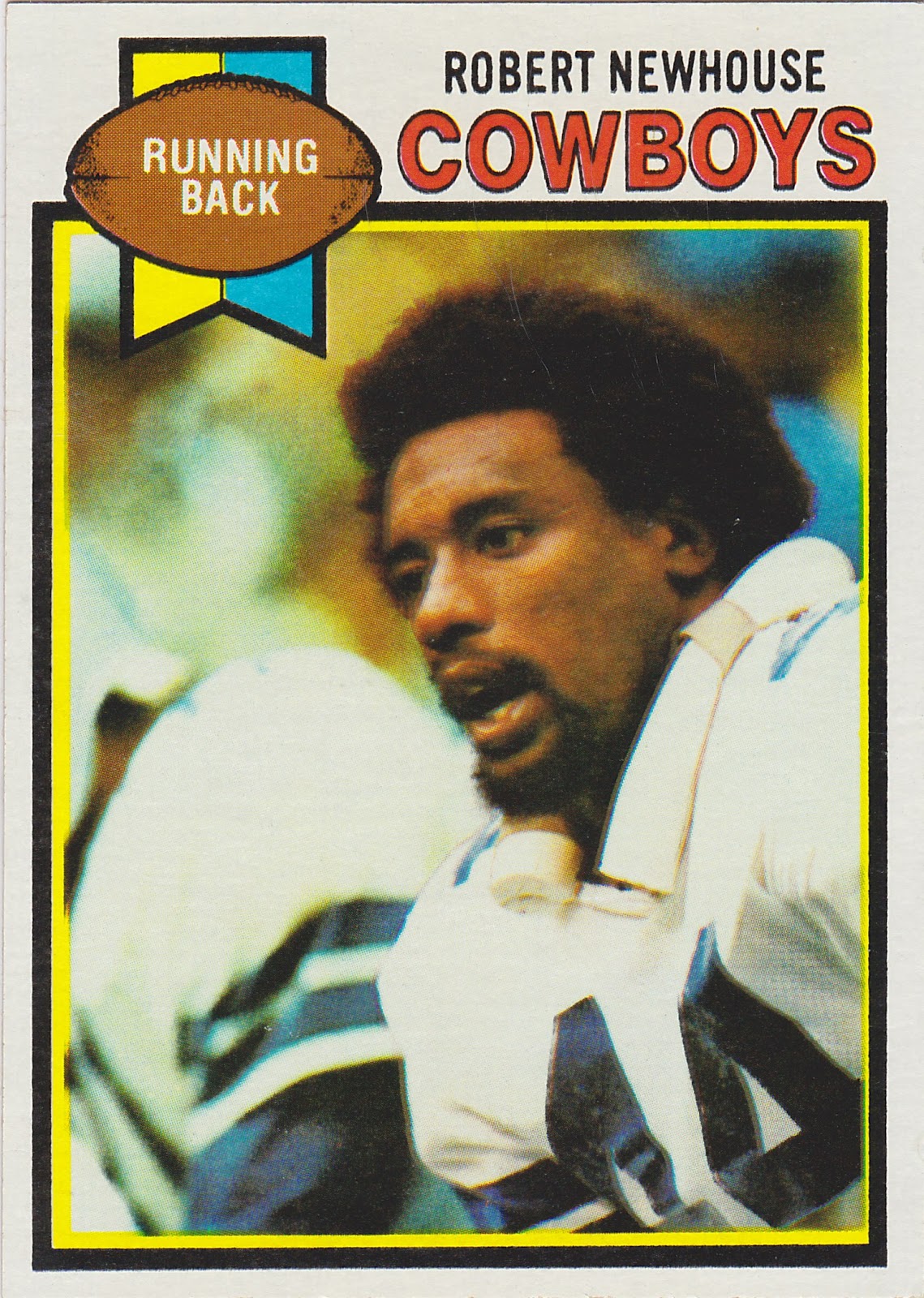 As a neat little 'bonus' mark included a card of former UH hoops star Don Chaney. Cheney accompanied Elvin Hayes onto the UH campus and in fact he has told the story of being driven to Houston with Big E by Guy Lewis and Lewis' daughter. Chaney maintains he was a bit more 'worldly' than Hayes was and Elvin doesn't deny that.

Chaney played for some great Boston Celtic clubs after his days in Houston and won two NBA titles there. He later coached for four different clubs in the NBA and won Coach of the Year with the Rockets in 1990/91. 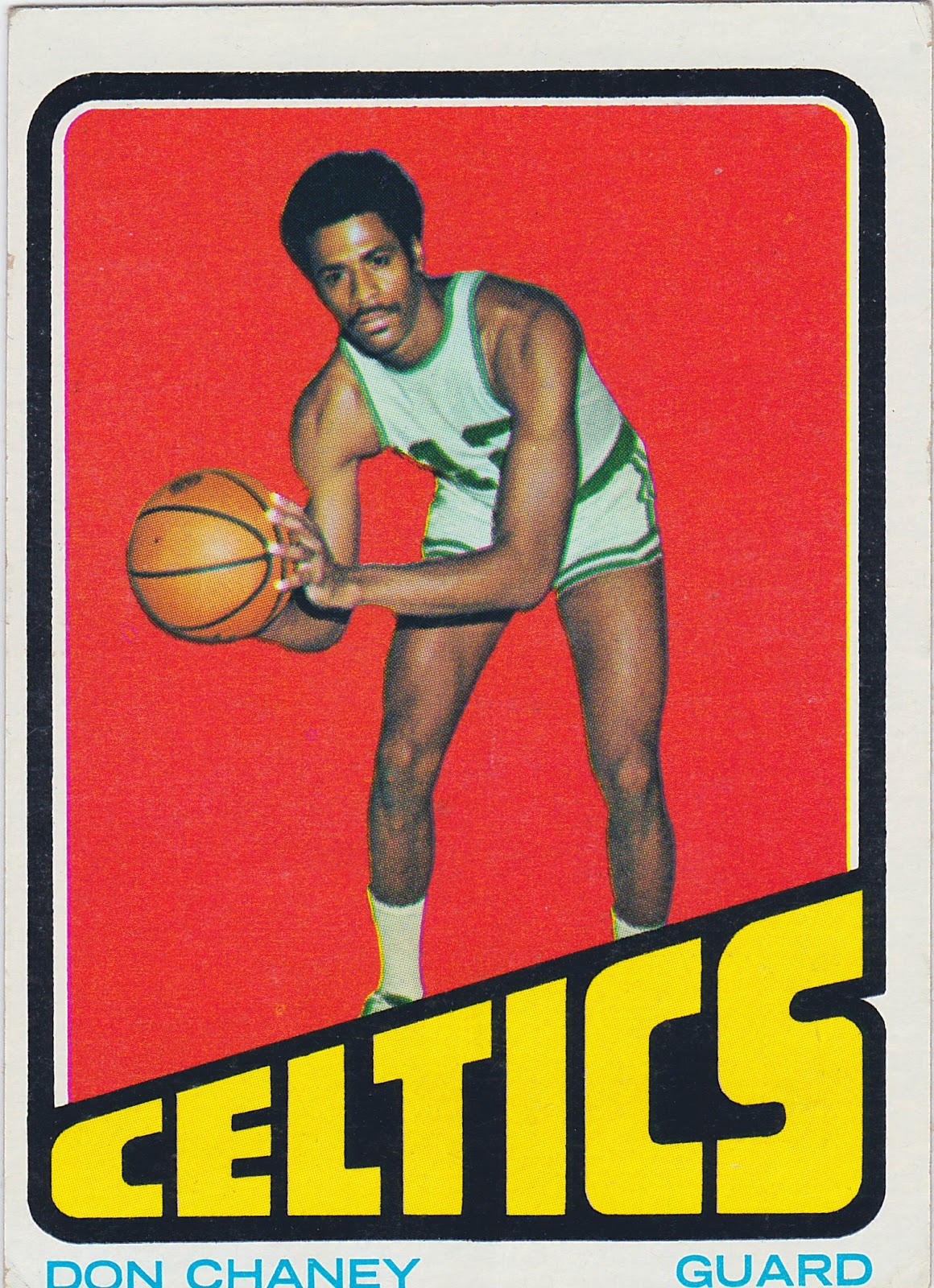 Once again, many thanks, Mark. You've really sent me some great stuff.
Posted by Commishbob at 5:30 AM