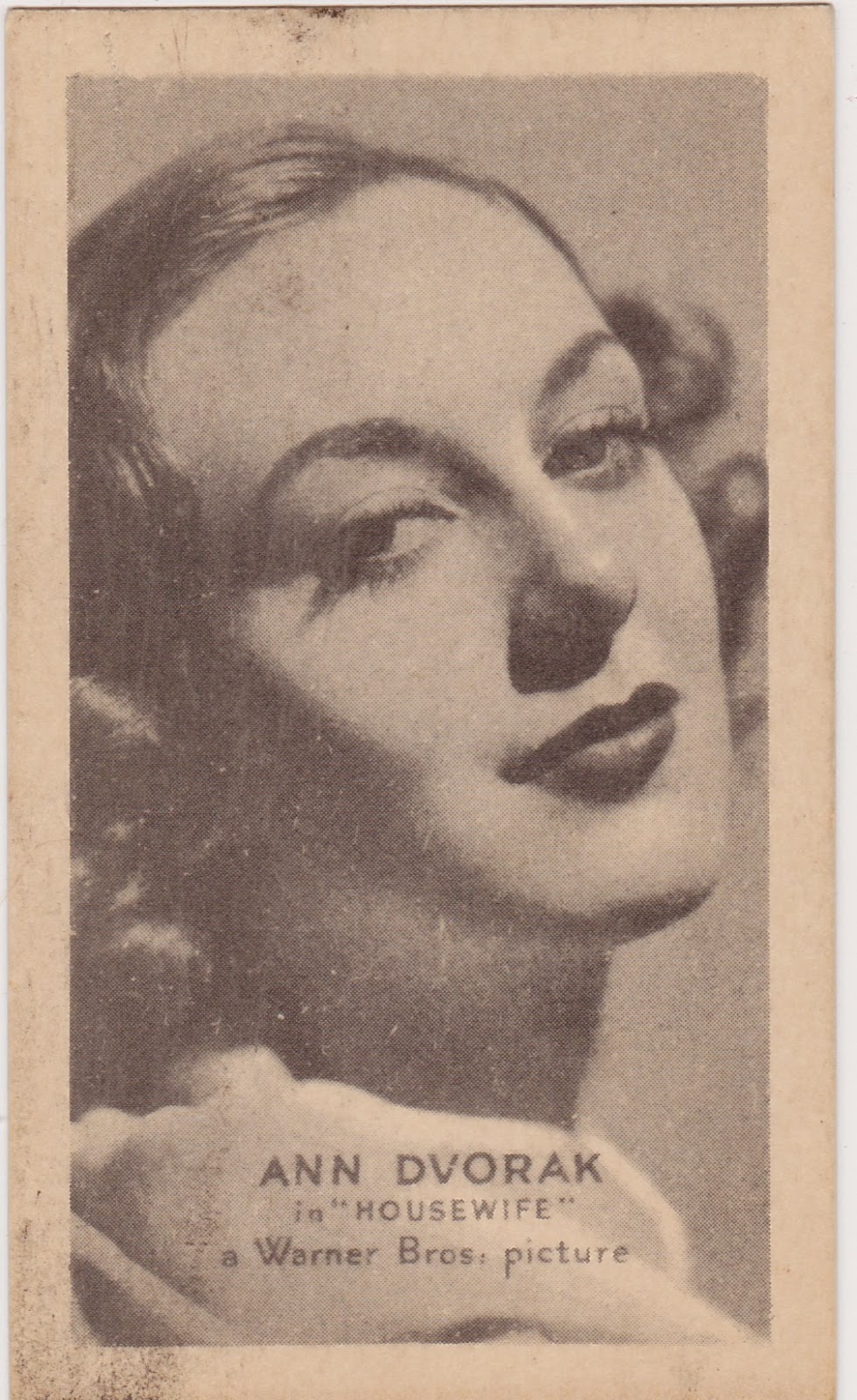 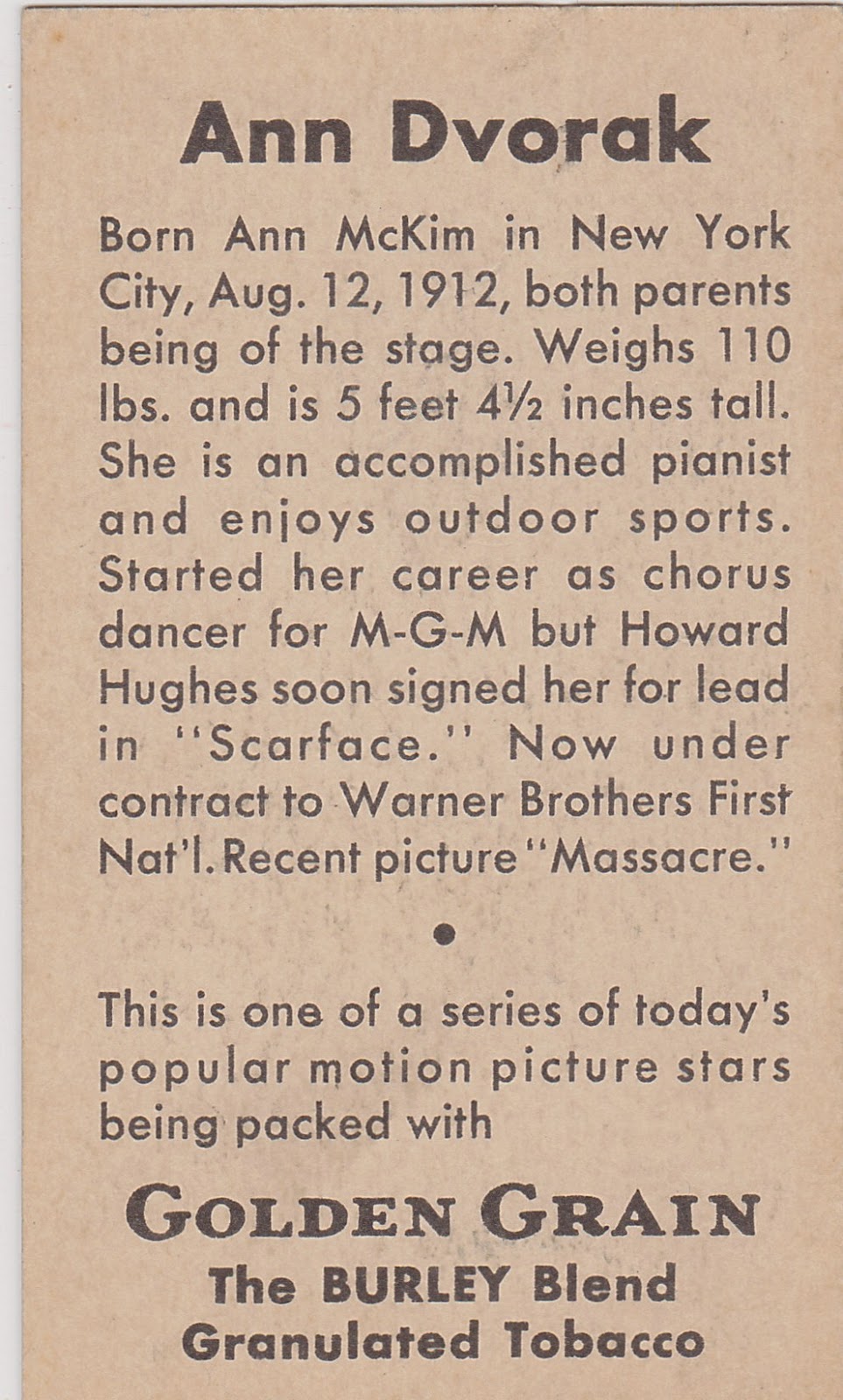 My latest Hollywood 'crush' is Ann Dvorak. TMC has been playing some really fun Paul Muni films from the 30s and she regularly turns up in them. I have two cards of her. The one above is a 1934 Golden Grain T84 American Tobacco Card. It shows her best/most unique feature, those eyes. It doesn't show off her dancer's legs. Hubba Hubba

The next one has a better picture. It's a 1936 Godfrey Phillips Stars of the Screen Tobacco Cards. The back has glue damage and is pretty much ruined, but I'll take the front, thank you. 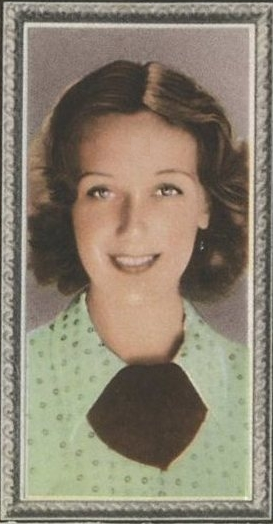 I've tried to pick up some additional cards from a dealer online but his store is acting stupid. Maybe later.

Meanwhile here is a publicity pic and more info about the actress I've seen referred to as Ann, Ana and Anna/ 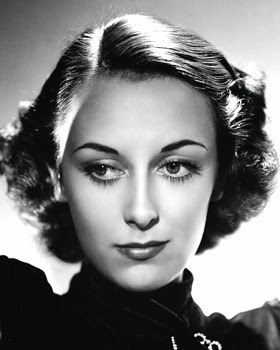 Posted by Commishbob at 8:43 AM