I had found the 1979 Eddie Murray comic that I posted last week while scrounging through boxes of stuff that I've been cleaning out/organizing lately. It was something I had forgotten all about and it sent me to the net for more info and maybe a chance to chase the set. It seemed like a pretty inexpensive yet fun project.

One of the first items that appeared when i searched was a handful of the individual unopened Bazooka gum pieces that had the comics inserted under the label. The lot had 5 pieces and the asking price was 99 cents. I bid, and I won for the minimum. And they arrived on Friday:

Here is a closer look at the 'front' and 'back' of one of the pieces. 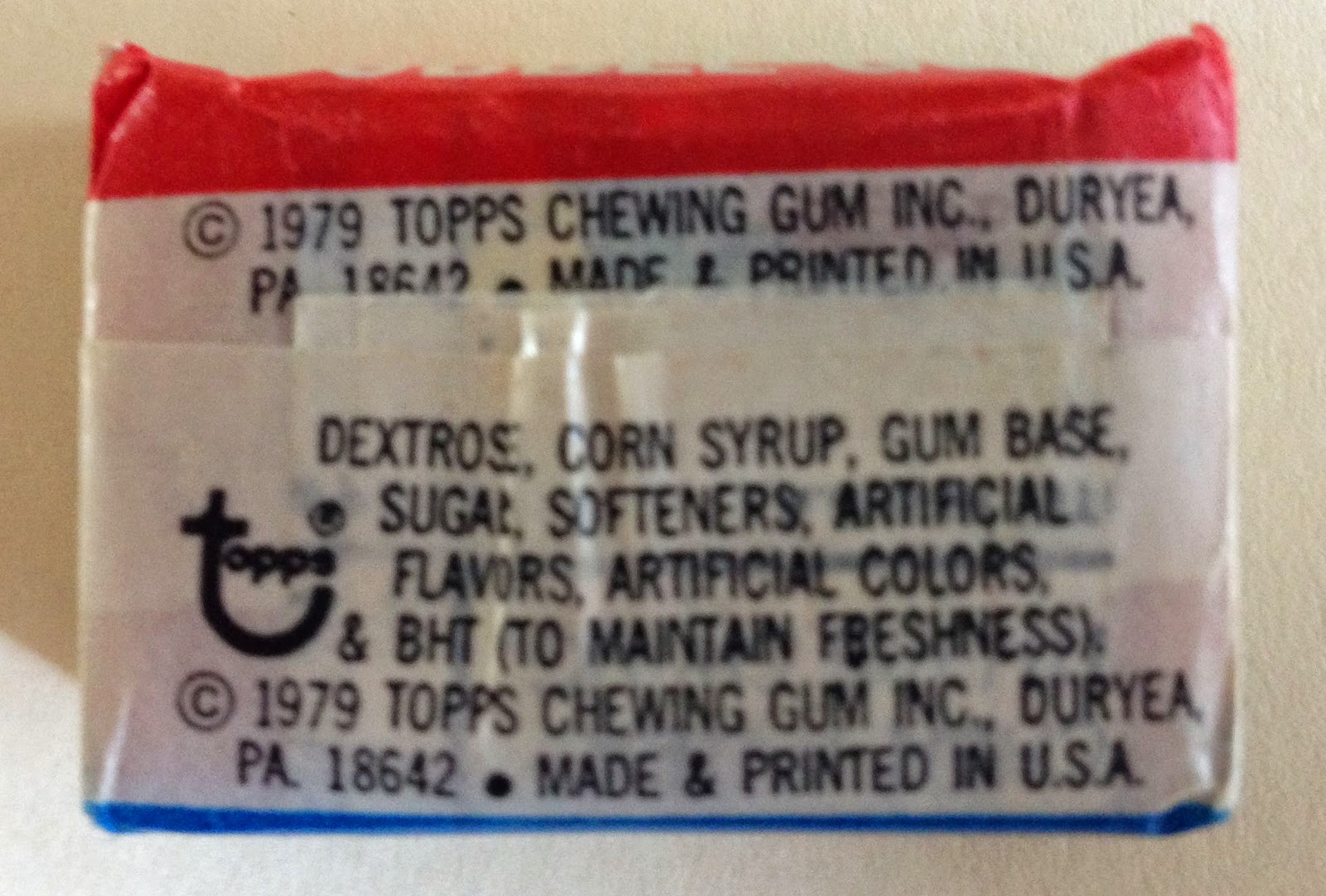 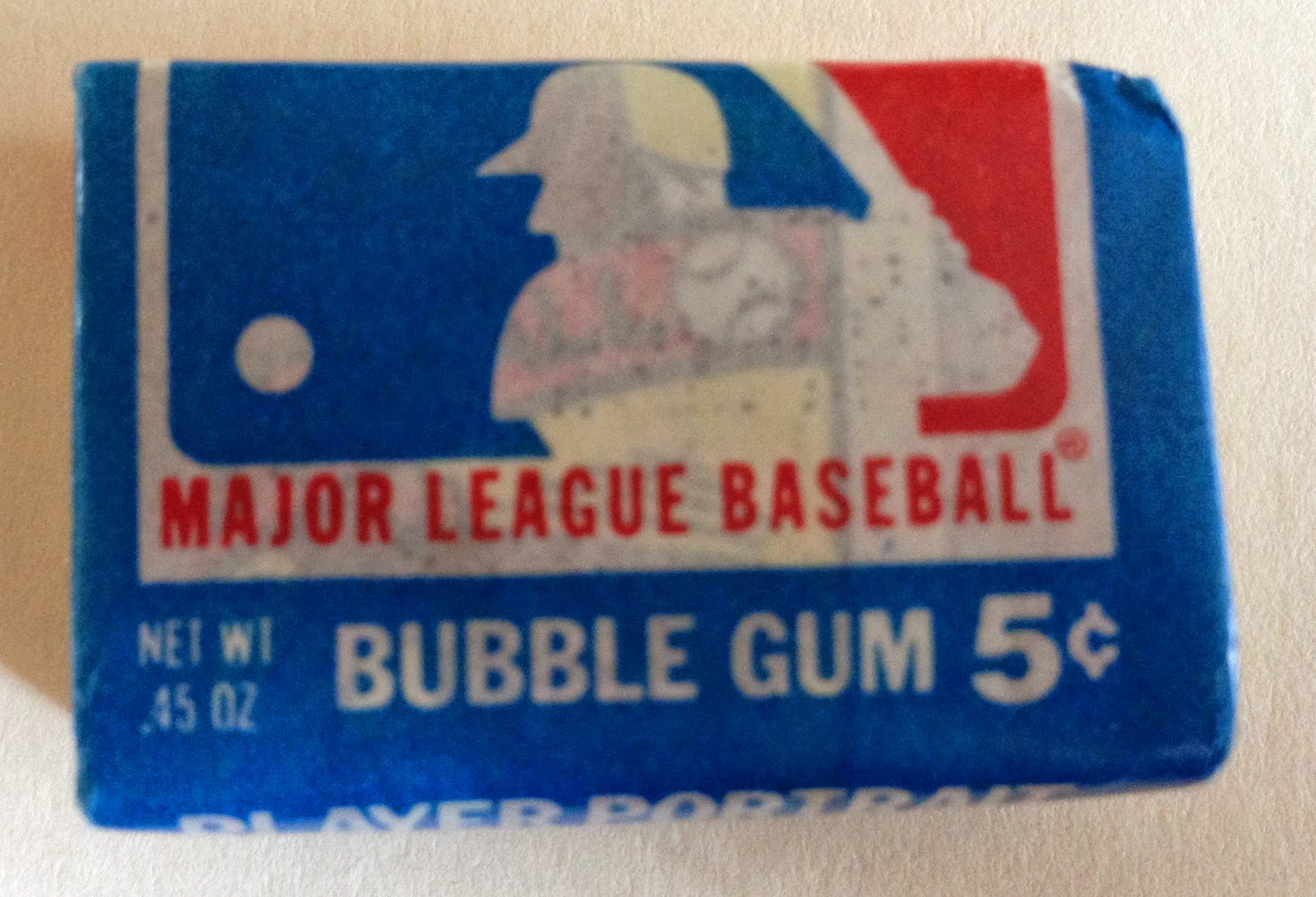 The comic is visible under the wrapper. I'm pretty sure that if anyone cared to they could figure out which comic was inside each piece with a minimum of research.

Removing the wrappers carefully (with age they have become somewhat fragile). But they came off without a problem and the gum and insert looked like so: 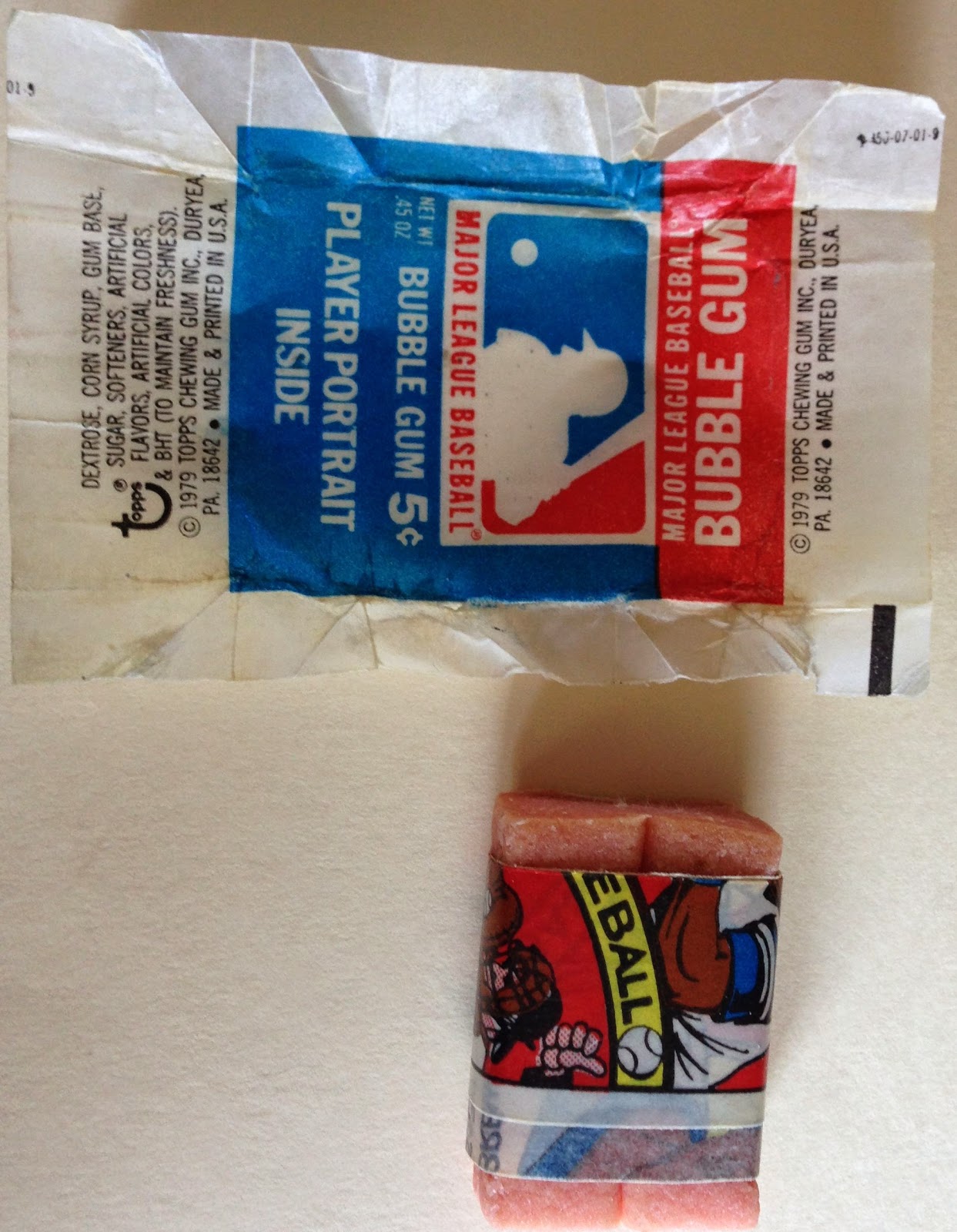 If you are thinking "that gum.... no way" then you are thinking just like I did. It's 35 years old. LOL But truth be told it wasn't as rock hard as I had expected it to be. I was able to bend a piece some. I had to, I was sure it would shatter like glass but it didn't. But that's as far as I went. I wasn't about to actually try it. For one thing I don't chew gum now and I never really liked baseball card gum back then anyway.

Unwrapping the first piece and opening the comic yielded this: 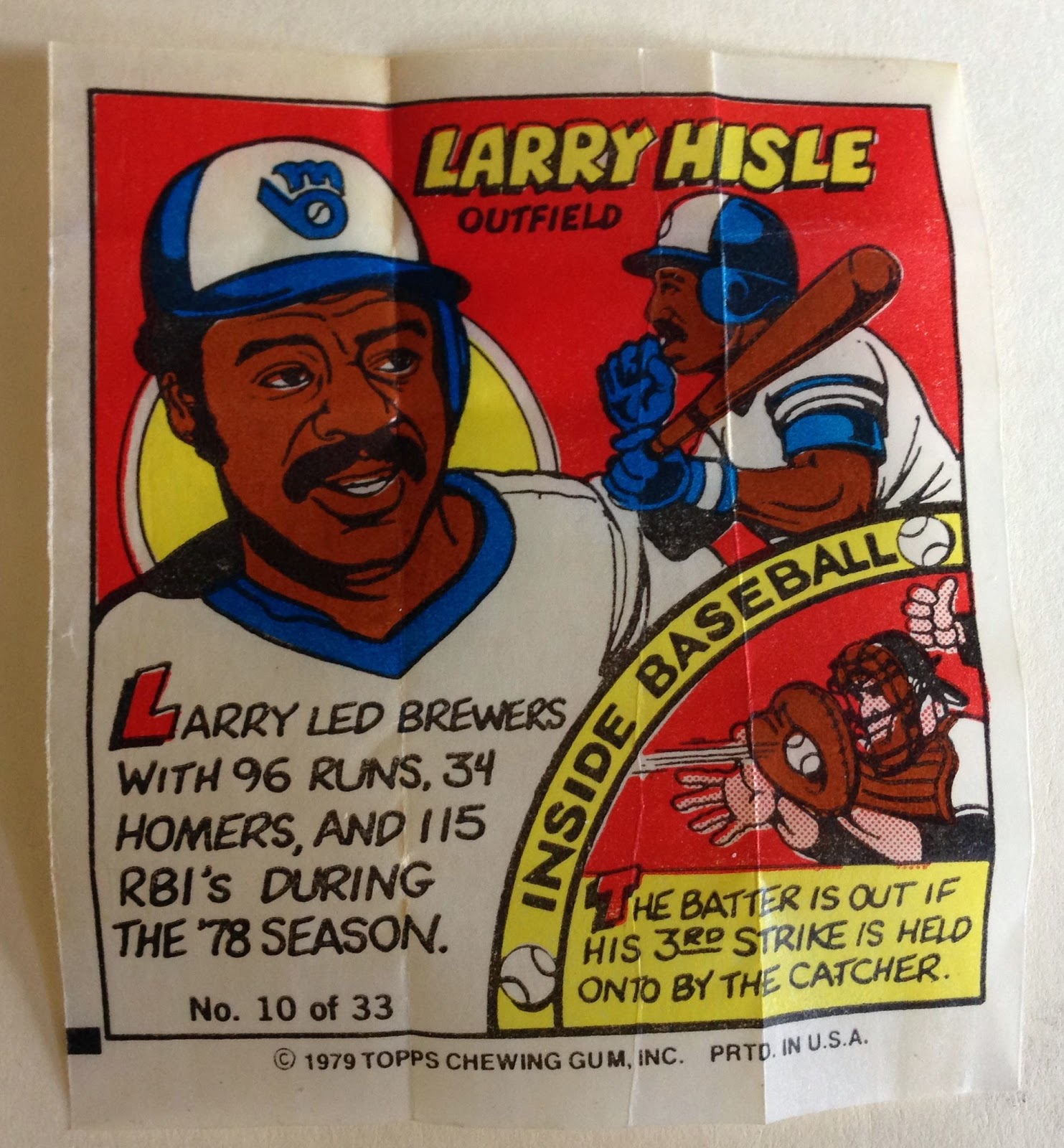 Then came another Hisle, a  John Mayberry..... 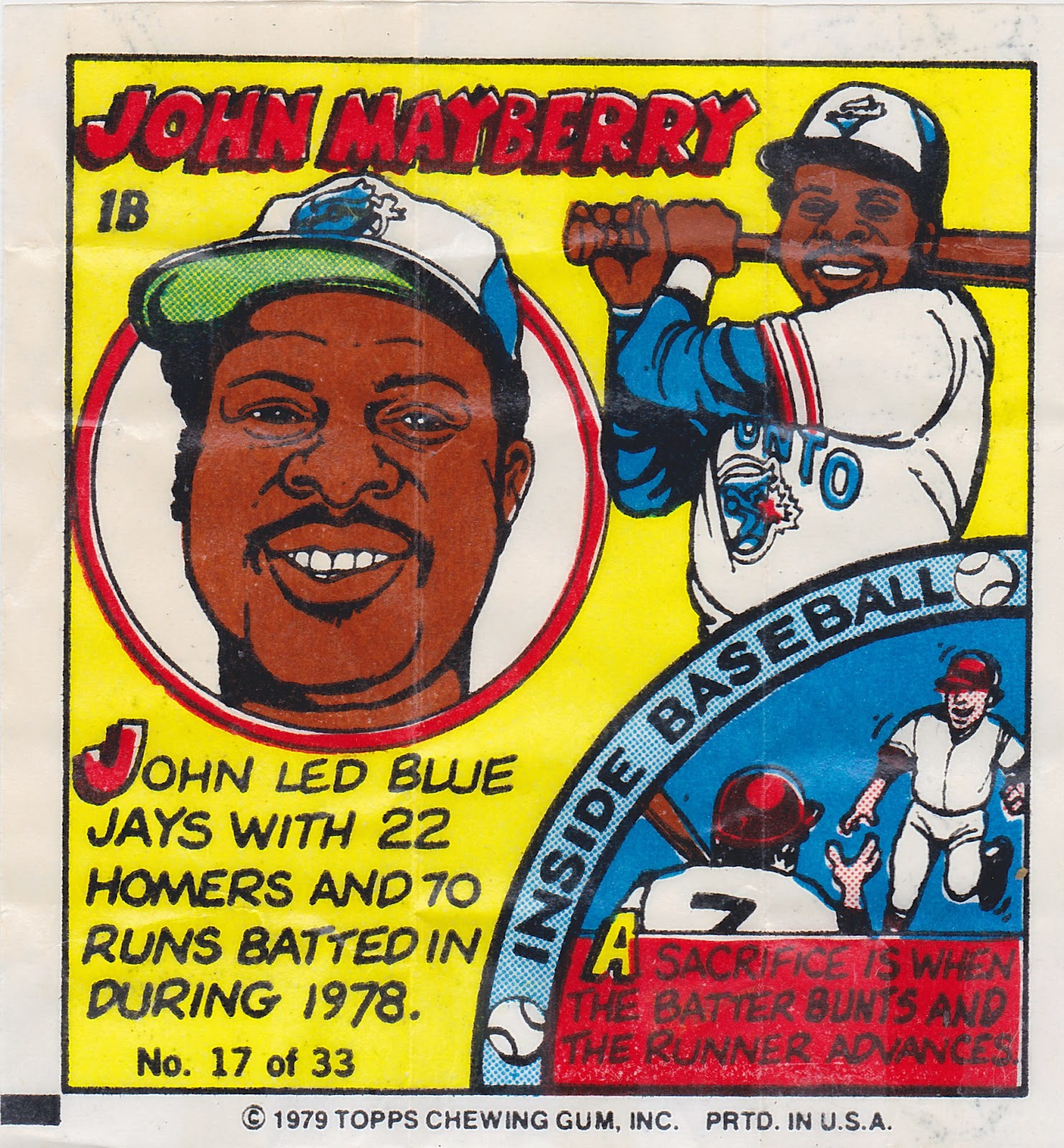 yet another Hisle and finally a Rod Carew comic..... 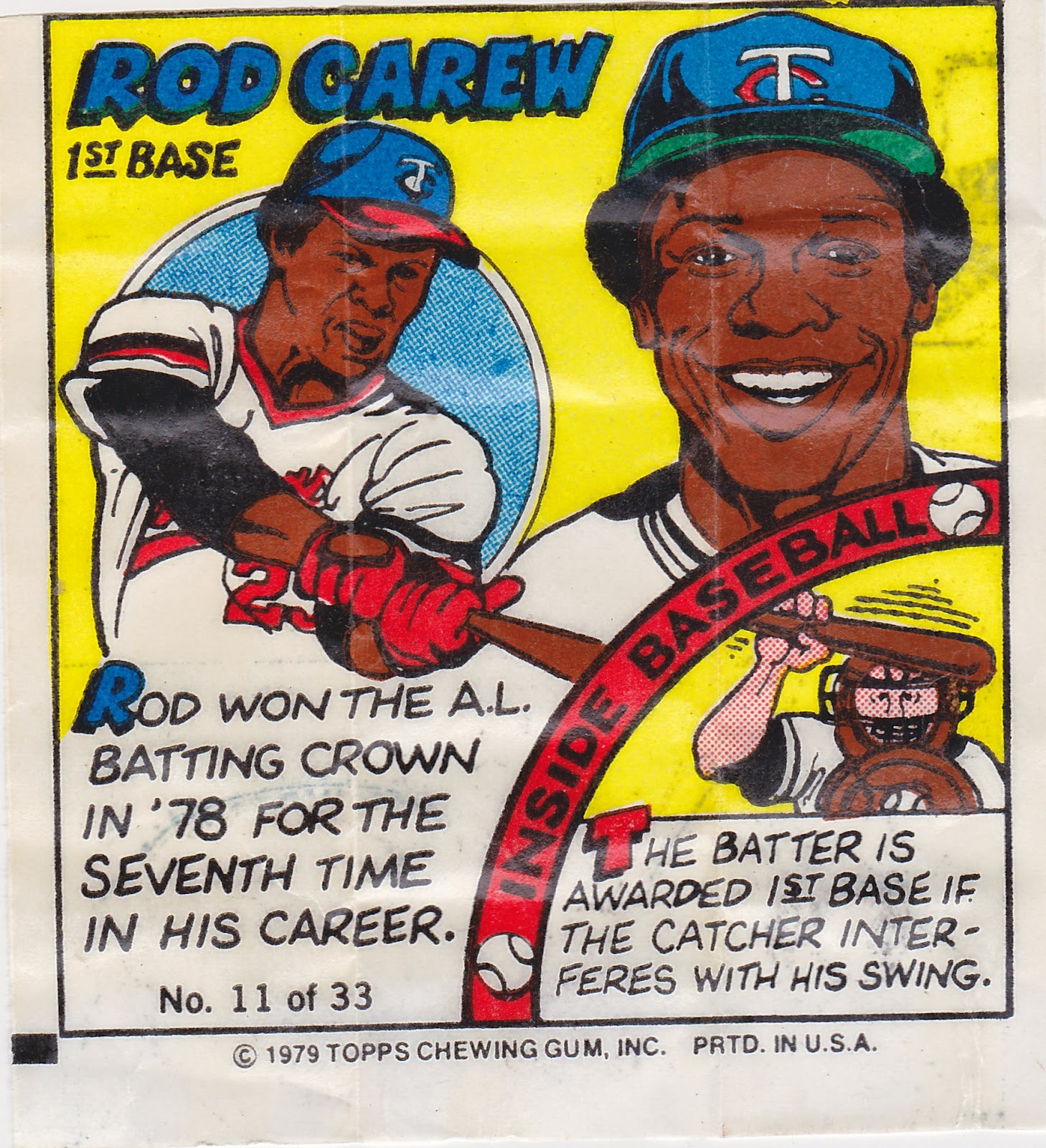 Total haul for 99 cents. 3 Hisles, Mayberry and Carew. Kind of a neat 'adventure' without much cost. The cost would have come with the dental bills I'd have incurred had I tried the 35-year-old blocks of Bazooka. And the answer to your first question (it was my first question as well).... yes, that old familiar scent of Bazooka gum is there, but just barely. 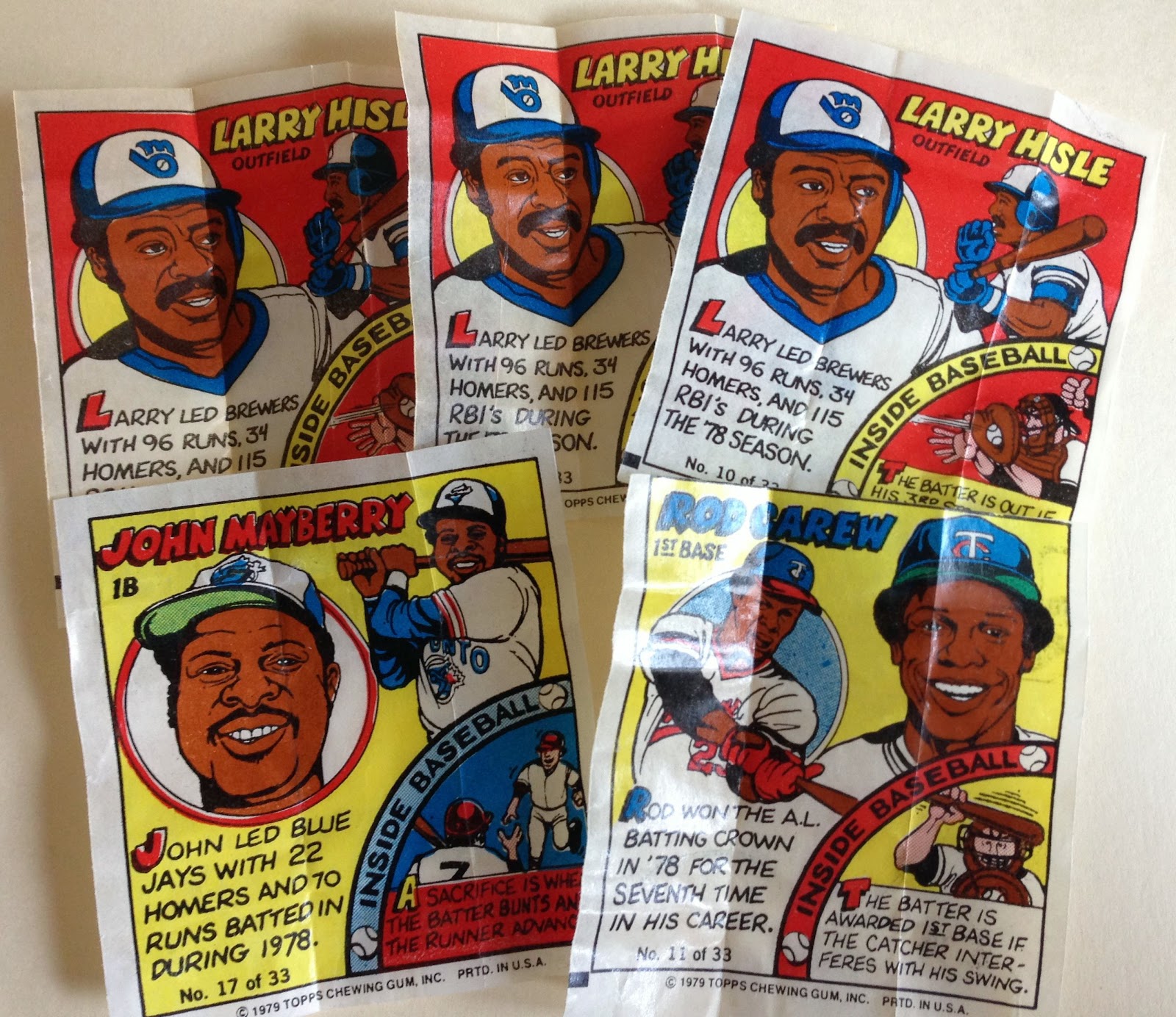 Getting three Hisles had me suspicious that whoever was selling these probably pulled the stars out but for  less than a buck I guess it doesn't matter much. Plus the Rod Carew is pretty cool. I had some money in my account at COMC so I've grabbed up an additional handful of these. They were very cheap due to low demand but they are a colorful insert that'll be a cool little project to track down.