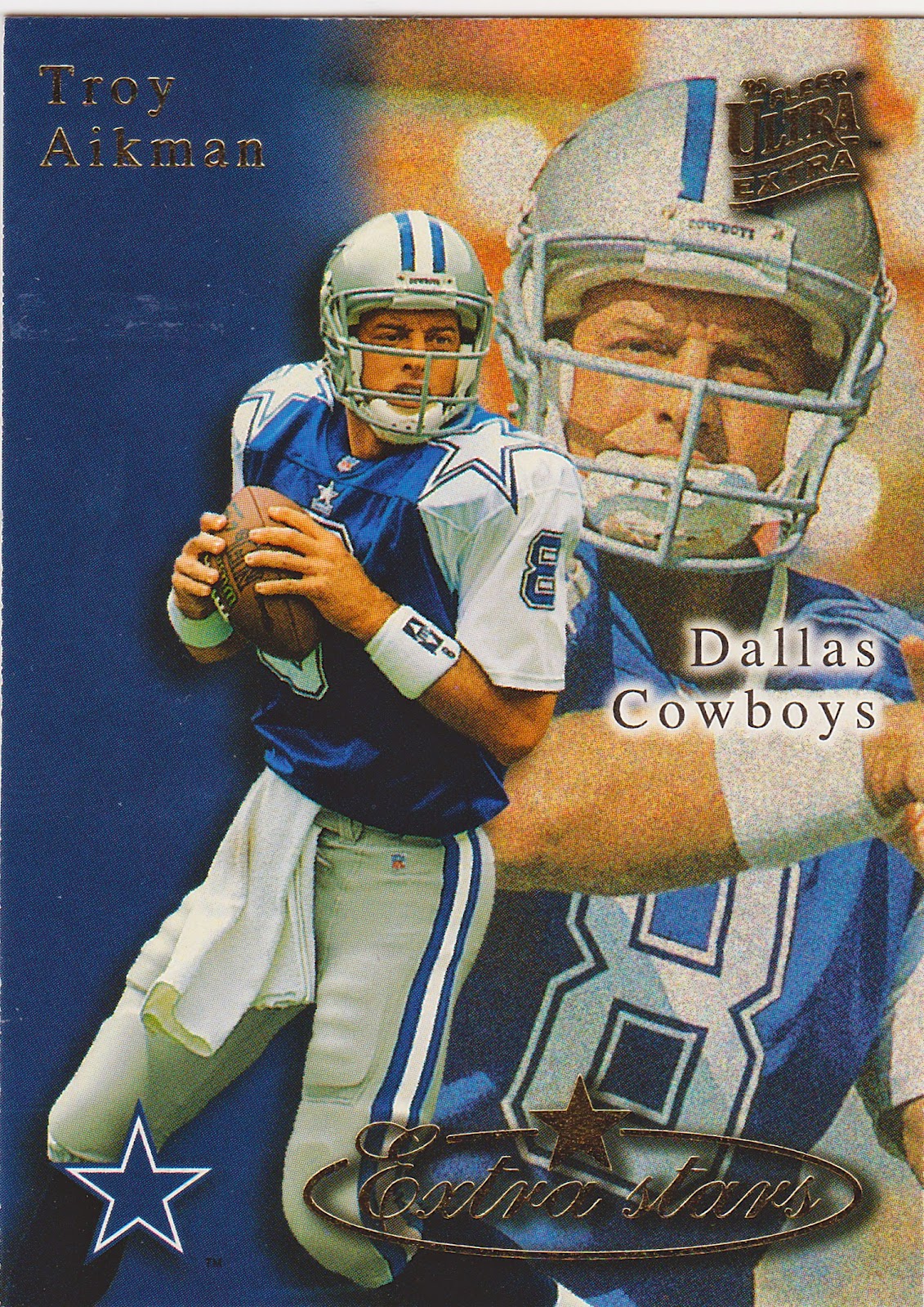 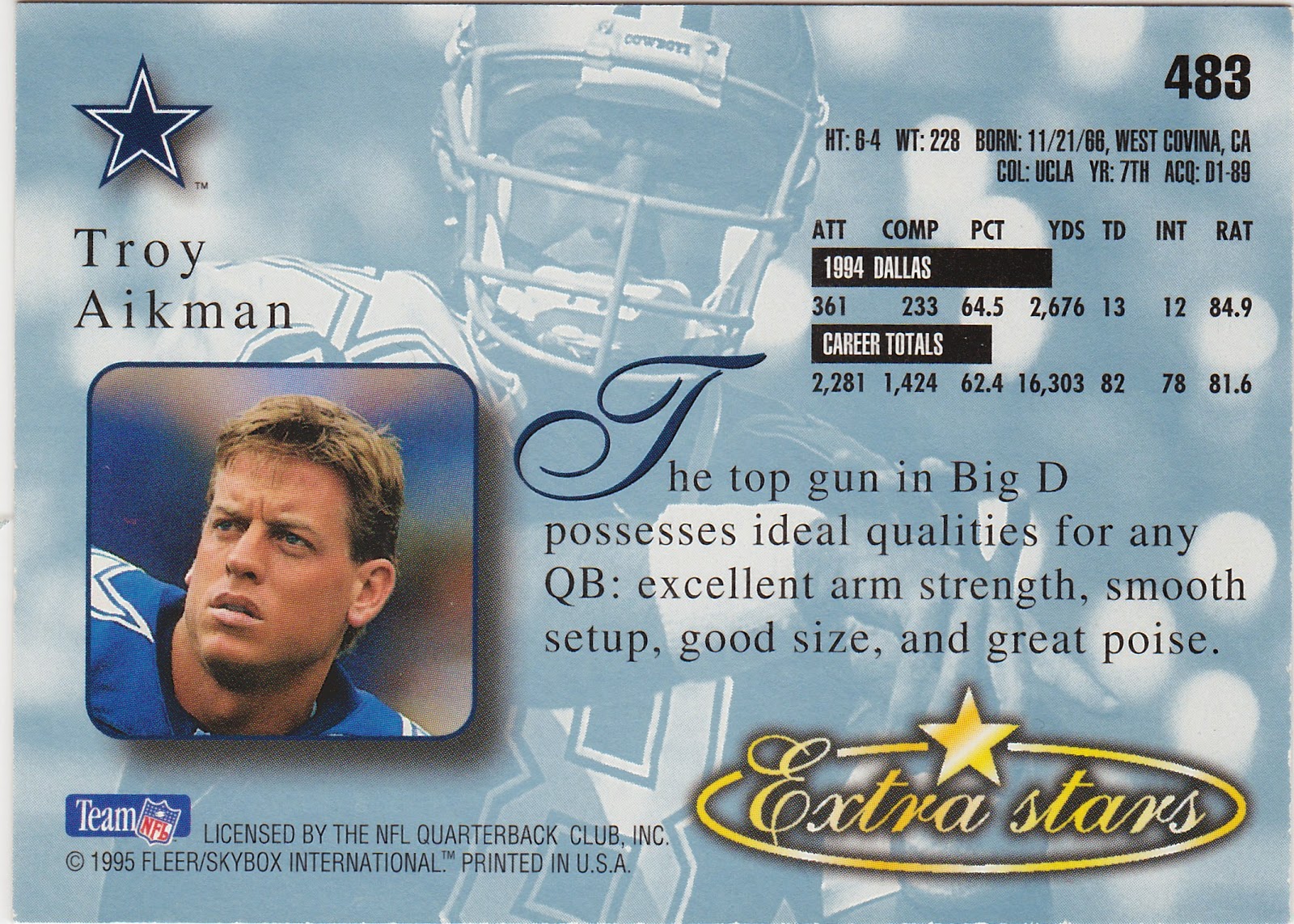 NFL Info: Troy Aikman played 12 seasons for the Cowboys after being the overall first pick in 1989 out of UCLA. He has a long list of NFL (and NCAA) accomplishments:


Of course among fans his biggest plus is three Super Bowl crowns. Currently he works as the lead color man for Fox NFL telecasts and I think he does a great job, especially considering he has to work with blowhard Joe Buck.

Fantasy Impact: Aikman wasn't much help in the 1997 season for me. He made two starts in place of Jeff Blake during the first ten weeks of the season and although he got me a touchdown in one game and two in the next I lost both games. I switched to Chris Chandler down the stretch and he led me to my second straight title and third overall. So Aikman has a Hughes League championship ring. I'm sure he's thrilled.

The Card: In my never ending quest to include as many different 'type' cards as possible in the good ol' fantasy binder I included this rather over-the-top Fleer card. I'm not a huge fan of the artsy 'double pic' effect but overall the card is OK. The stats are so scrawny I don't know why they bothered. That ornamental initial and the gaudy gold 'Extra Stars' logo take up too much space. On the plus side, it's got team logos front and back and I sort of like the one-off Cowboy jersey that Aikman has on.