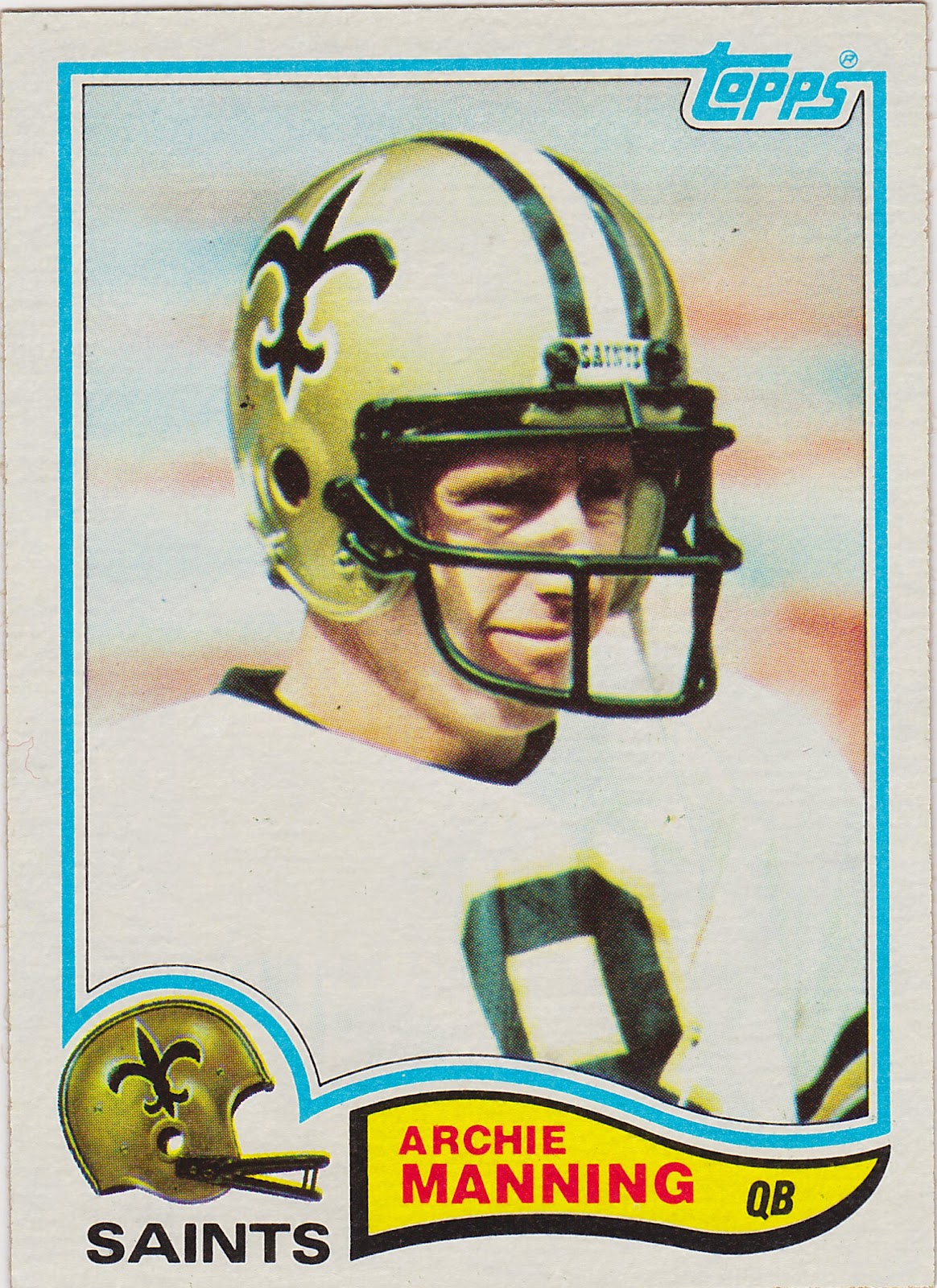 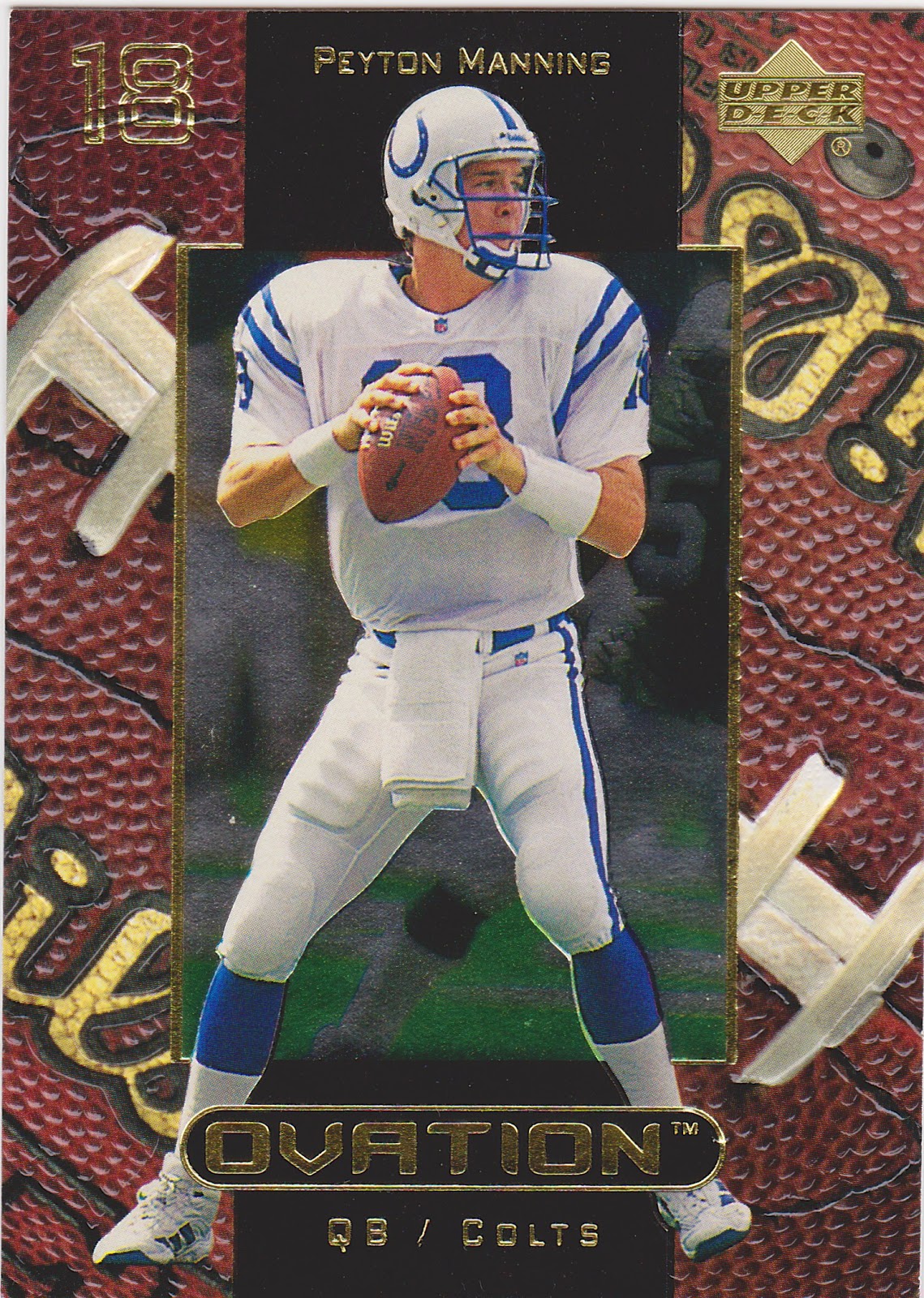 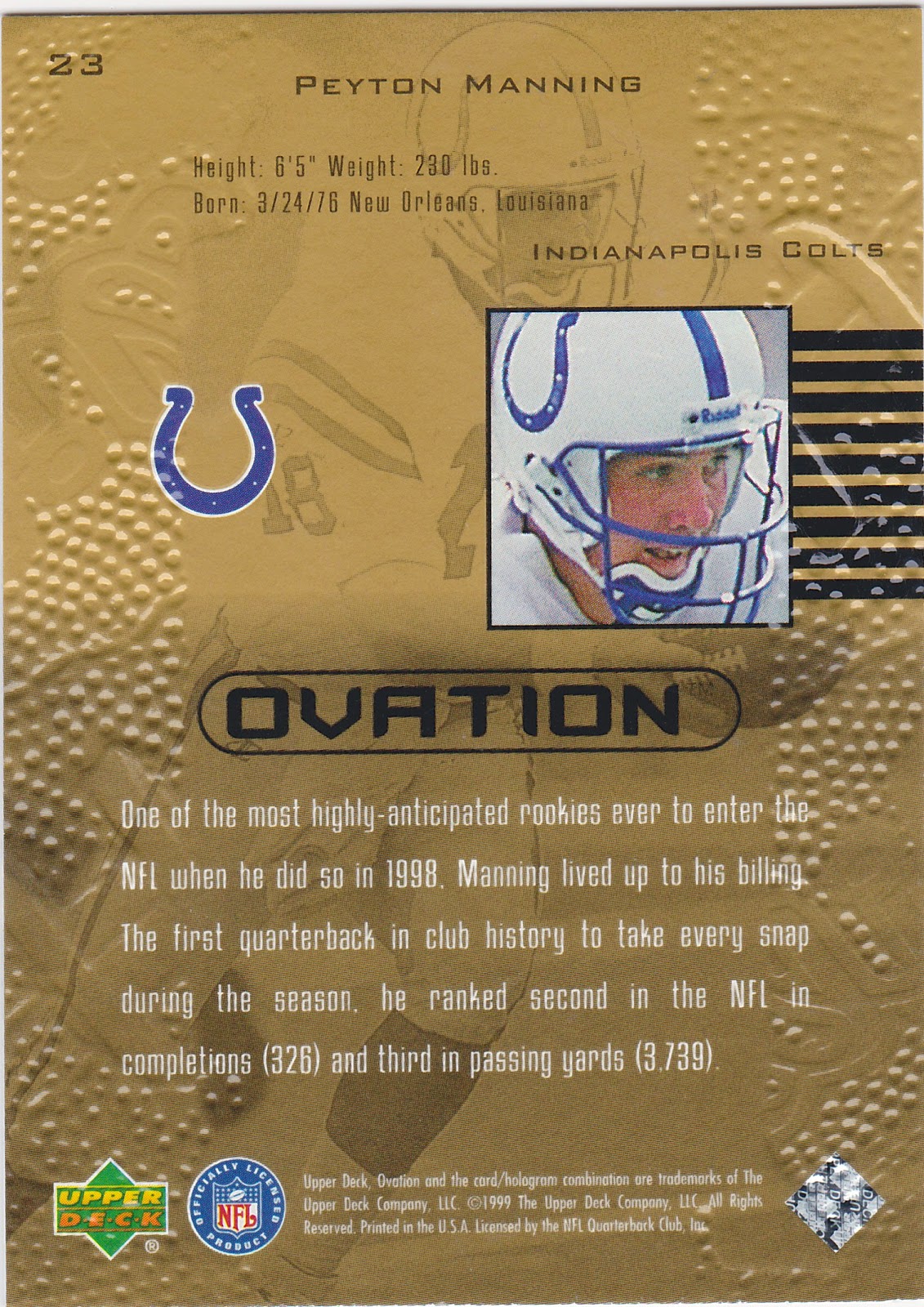 NFL Info: Archie is one part of the two father/son NFL quarterback duos that I have had rostered through the years. Archie, of course is father to Peyton and Eli Manning (I've never had Eli). the other combo is Phil and Chris Simms.

Archie was taken by the Saints in the 1971 draft and played for them into 1981. He made two Pro Bowls but never saw any postseason action. He was enormously popular as a player in New Orleans and led the NFL in total offence in 1972 and 1978. He finished his career with the Oilers and Vikings.

If you need to know about Peyton Manning's NFL accomplishments you are probably reading this by accident.

Fantasy Impact: I had Archie Manning on my 1984 roster briefly. I had him as a backup to Tommy Kramer who was struggling but Manning never played for me. Kramer hardly played for me in the disaster season that was 1984.

My history with Peyton is much more pleasant. I took him with my first  pick in 1998 when he came out of Tennessee and basically sat him on my bench for a season behind Steve Young who had a monster year. In 1999 I kept him and he played the first half of the year for me but game way to 'mega fantasy point machine' Kurt Warner in mid-season. Warner was just killing it and nearly got my mediocre club to the championship game.

Manning was picked up by another team in 2001 and under our keeper format he stayed with that team for a decade until his neck injury derailed him. I gambled in 2012 and rolled the dice with Peyton The Bronco and was rewarded with an excellent season. But on the eve of 2013 I got a trade offer for him. Thinking that 1) he couldn't possibly replicate the '12 numbers and 2) he was playing on borrowed time, one hit from a retirement-inducing injury, I dealt him for Matt Ryan and a nice draft pick. Poor decision. Ryan was crap last year and manning had record breaking fantasy numbers. I'd like to say 'Live and Learn' but I never do.

The Cards: Manning the Elder has his '82 Topps card in my binder. That's two years before I owned him. But he doesn't appear on any Vikings cards that I know of so I had my choice of any card for him and I liked this '82 the most. Plus it is the only Topps card that doesn't have show him in an air-brushed logo-less helmet. Without looking it up it appears that Topps days as a non-licensed NFL card maker ended in 1981.

Peyton's card is a 1999 Upper Deck Ovation. It's in the binder to commemorate the season he became my starter. It's typical of the specialty sets of that era. The 'football' part of the front (and back) are 'pebble grain' to simulate an actual football. It's the only one of the set I have and it's nice in that regard but there is one thing that really annoys me about it. Manning's name is tine but the Ovation' wordmark is huge. reverse those two elements and you'd have a better card.
Posted by Commishbob at 6:00 AM