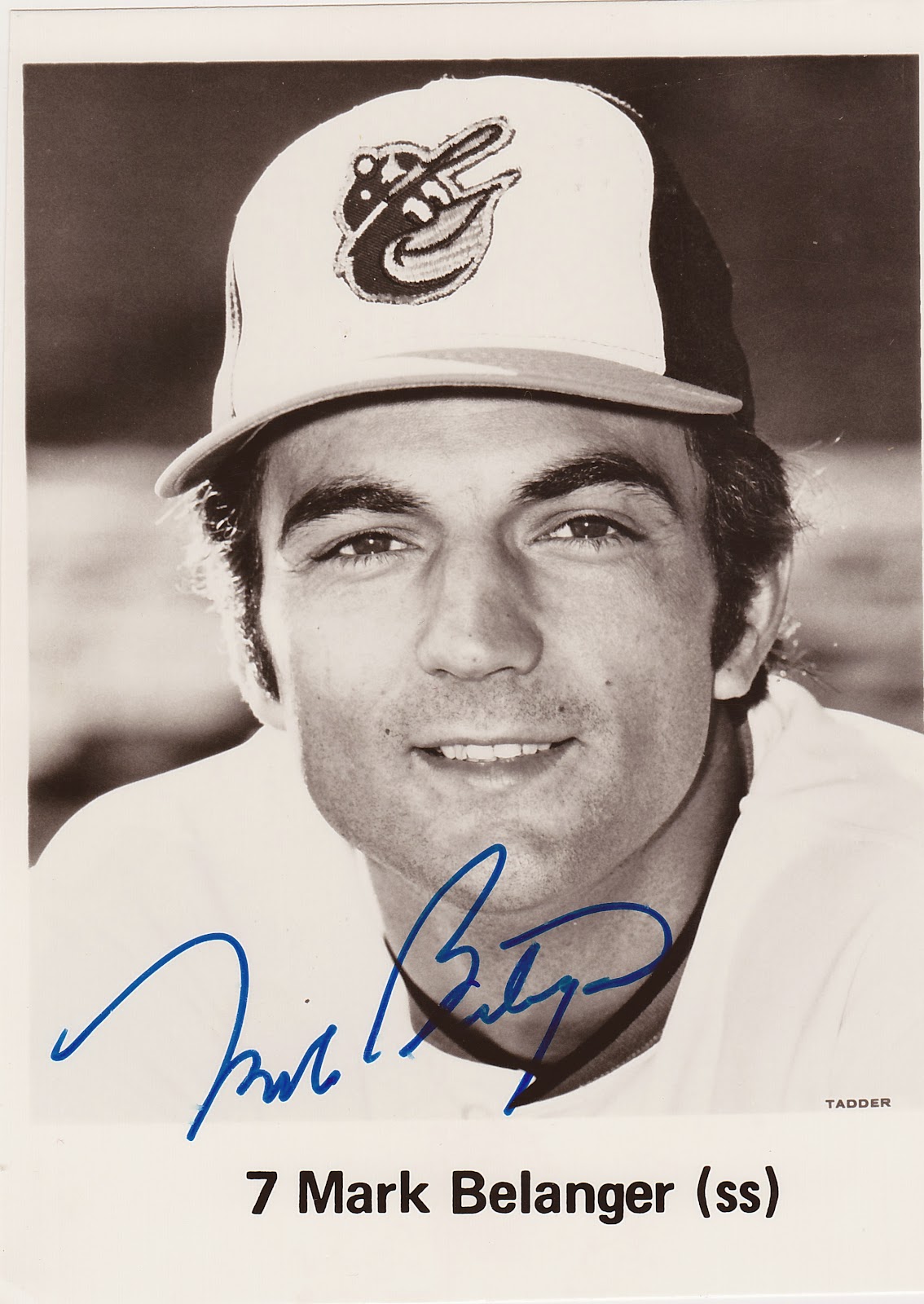 Here are the rest of the Orioles photos I began posting on Thursday. First up is a nice Mark Belanger pic. He died way too young but given that he's the only player I ever saw smoking on the field (pregame in Arlington) I'm not surprised. If you need a drag while you are waiting your turn at BP you probably have a strong addiction. 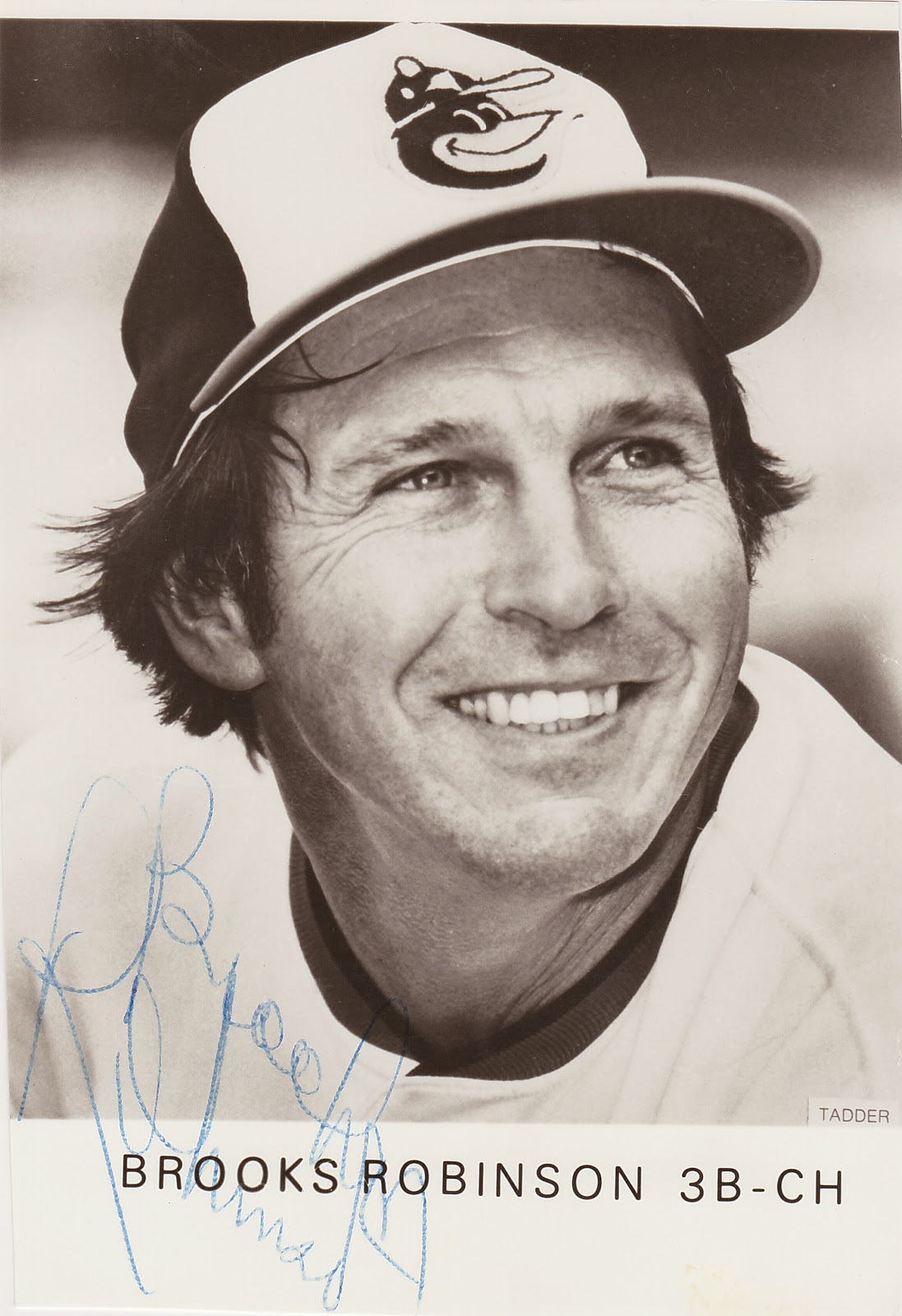 This Brooks photo is very well known. I've seen it all over the place on Oriole publications, 8x10s, etc. I was curious about the 'CH' designation on Brooks' picture. I found a note on Brooks' SABR page that he took Billy Hunter's place on the coaching staff when Hunter took the Texas Rangers' managerial job in late June of '77. He had only six plate appearances from that point until the end of the season. I'm sure at one point I was aware that he served on the O's staff but I sure don't recall that now. 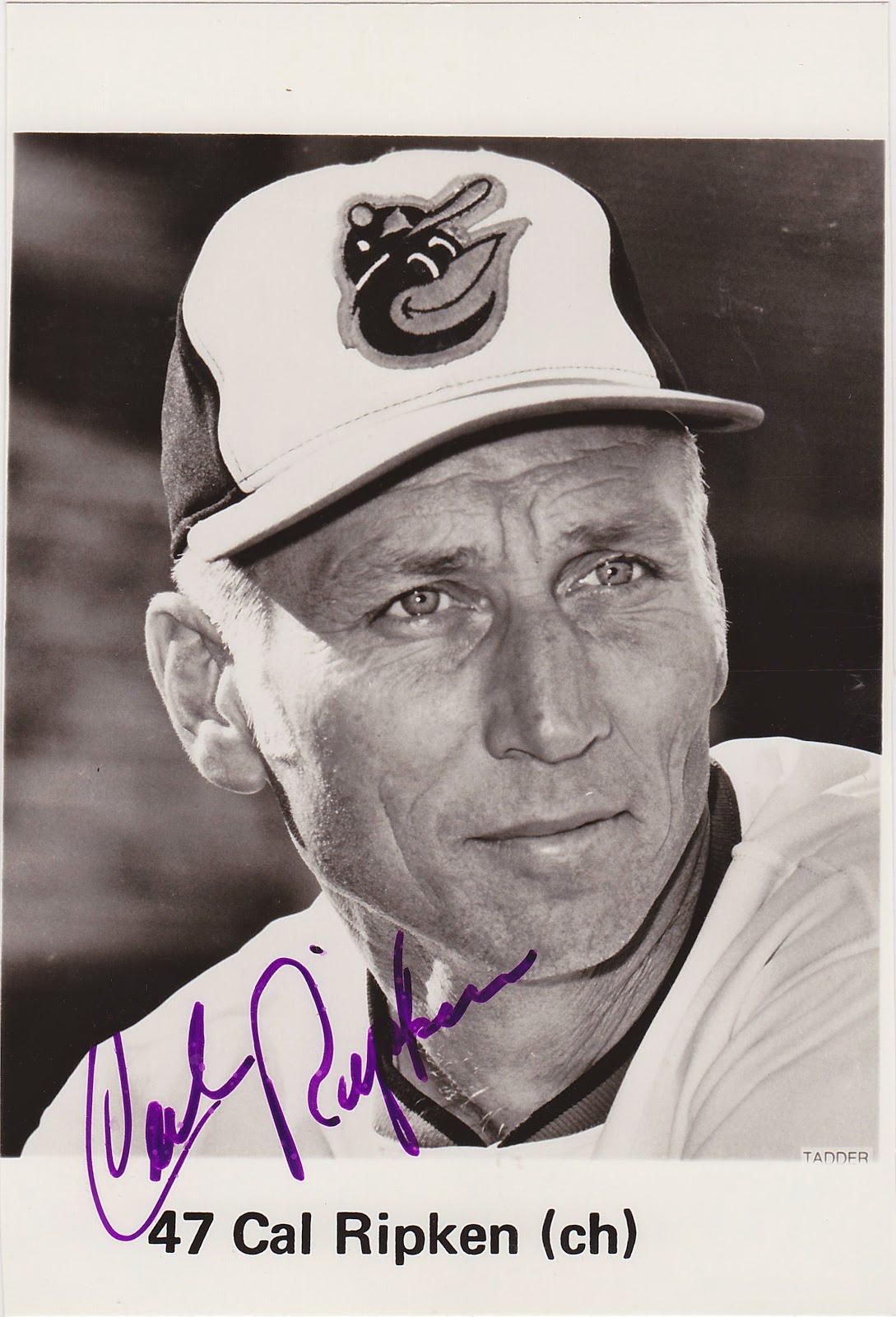 Cal Ripken Sr. in another pose I've seen. One hot day in Arlington my friend and I entered the Stadium when the gates opened. With nobody else around we spotted Cal Sr. sitting by himself, sprawled out on a couple of box seats near the Orioles dugout. We went over and struck up a conversation and he was very pleasant. I also recall that he was smoking. 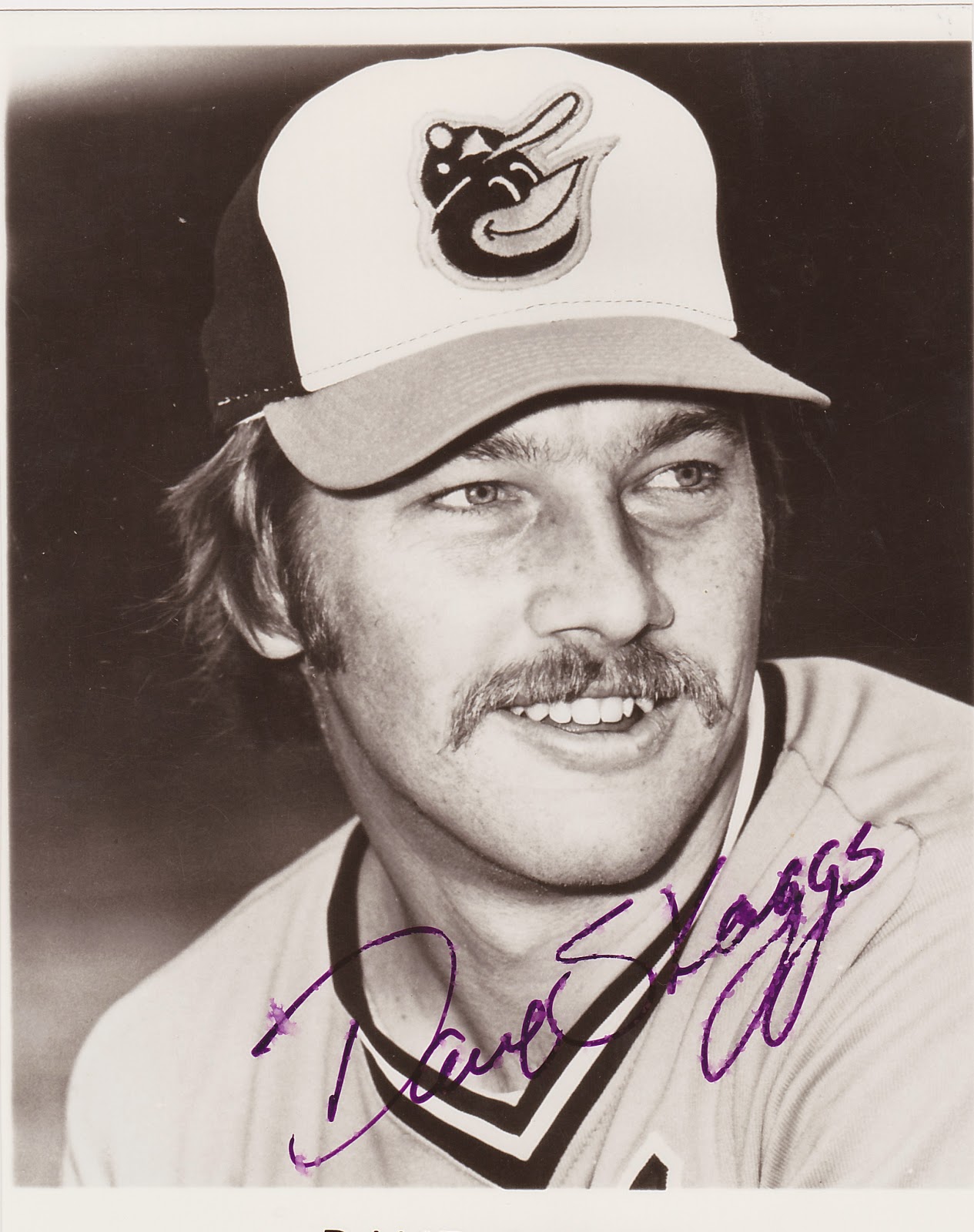 My scanner cut off Dave Skaggs' name at the bottom of this shot. It was printed very lighty on a shiny white background so my scanner likely decided it was a 2014 Topps card and sliced off the border like it does on those. 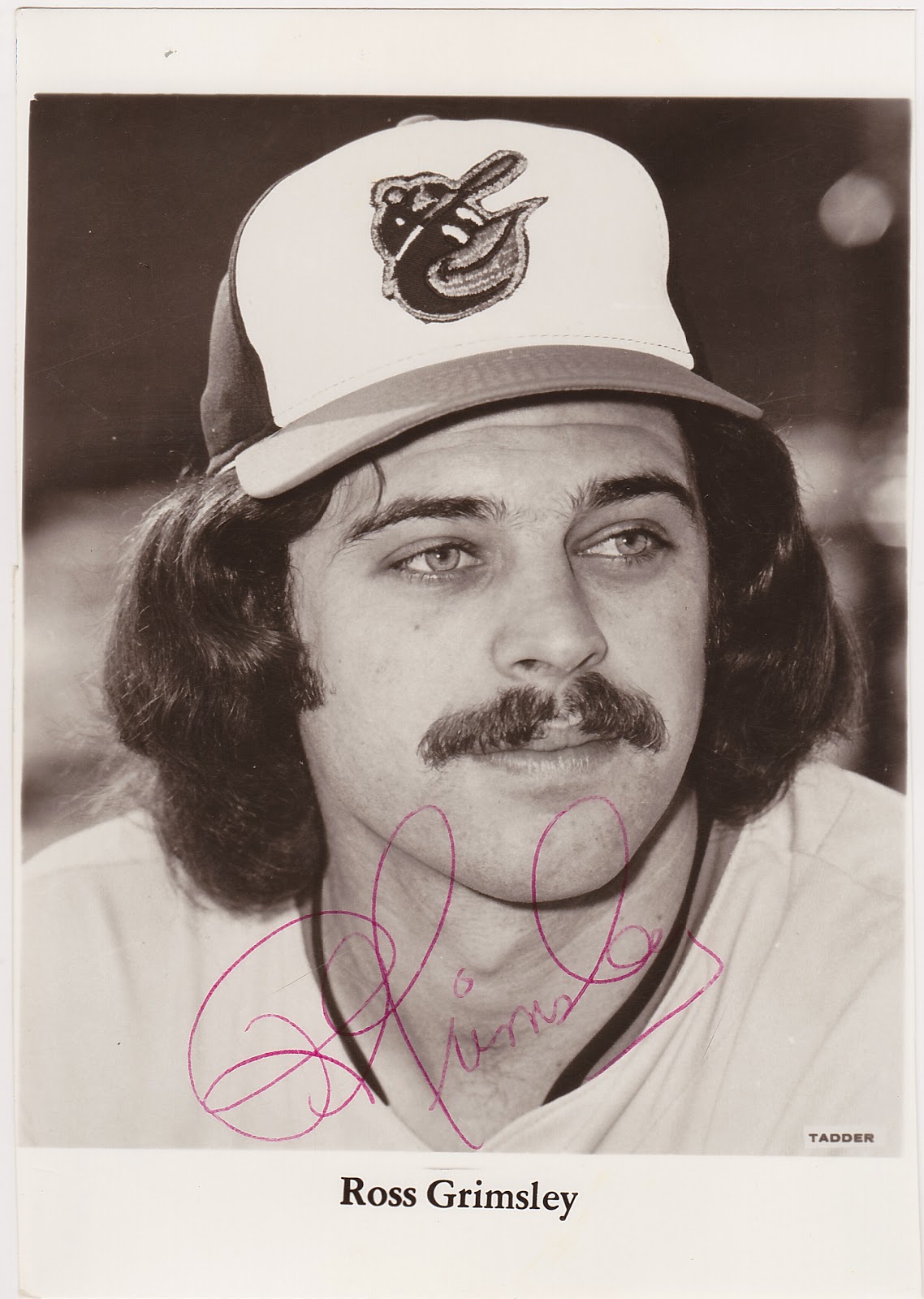 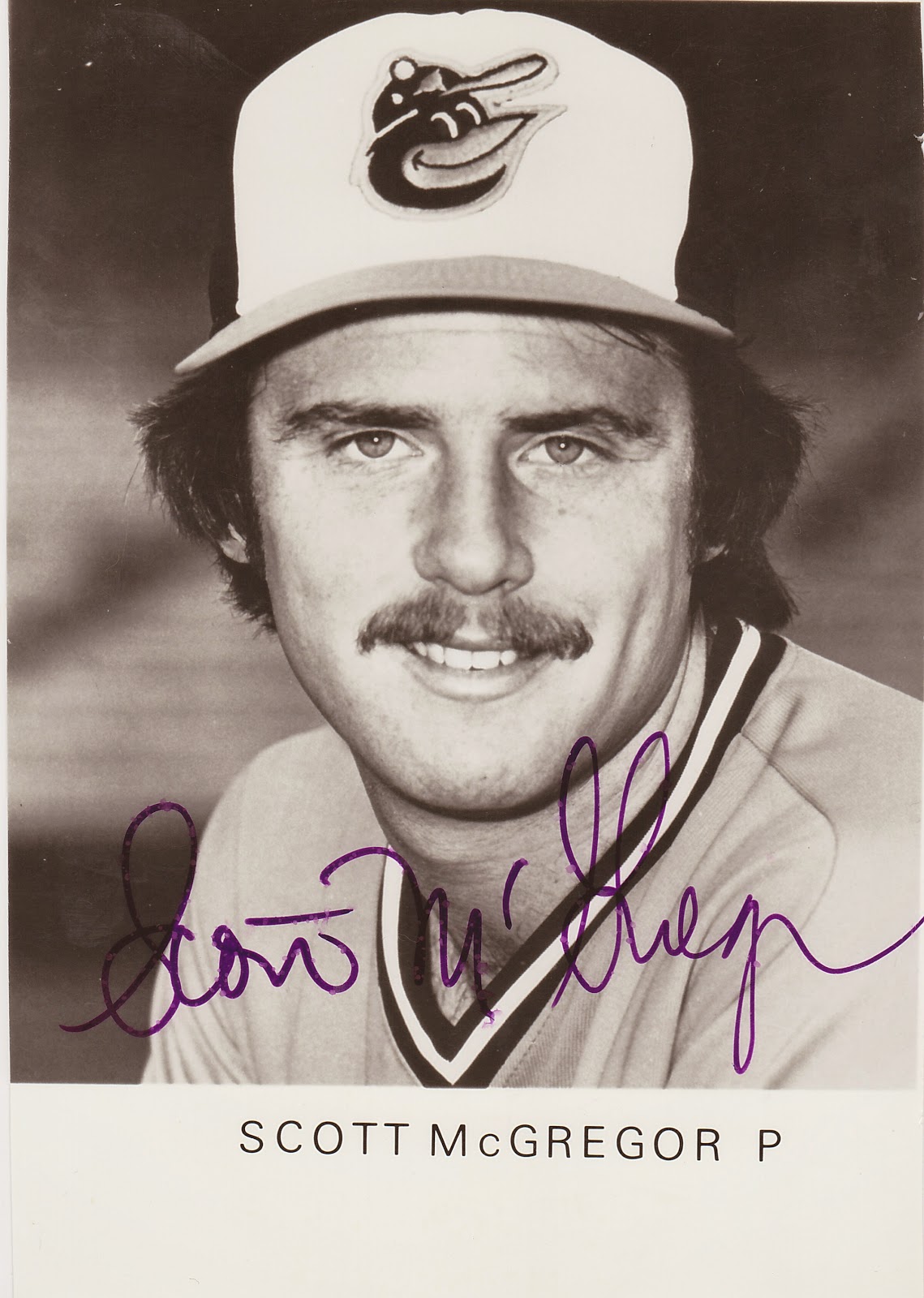 I saw Scott McGregor take a tough 2-1 loss to the Phillies in Game One of the '83 World Series. While I'd been to playoff games in Baltimore that was my first Series game there. I remember that I really considered driving up to Philly for the games there but I had to be back in Houston for work. McGregor got his revenge with a win in the fifth and clinching Series game up there. 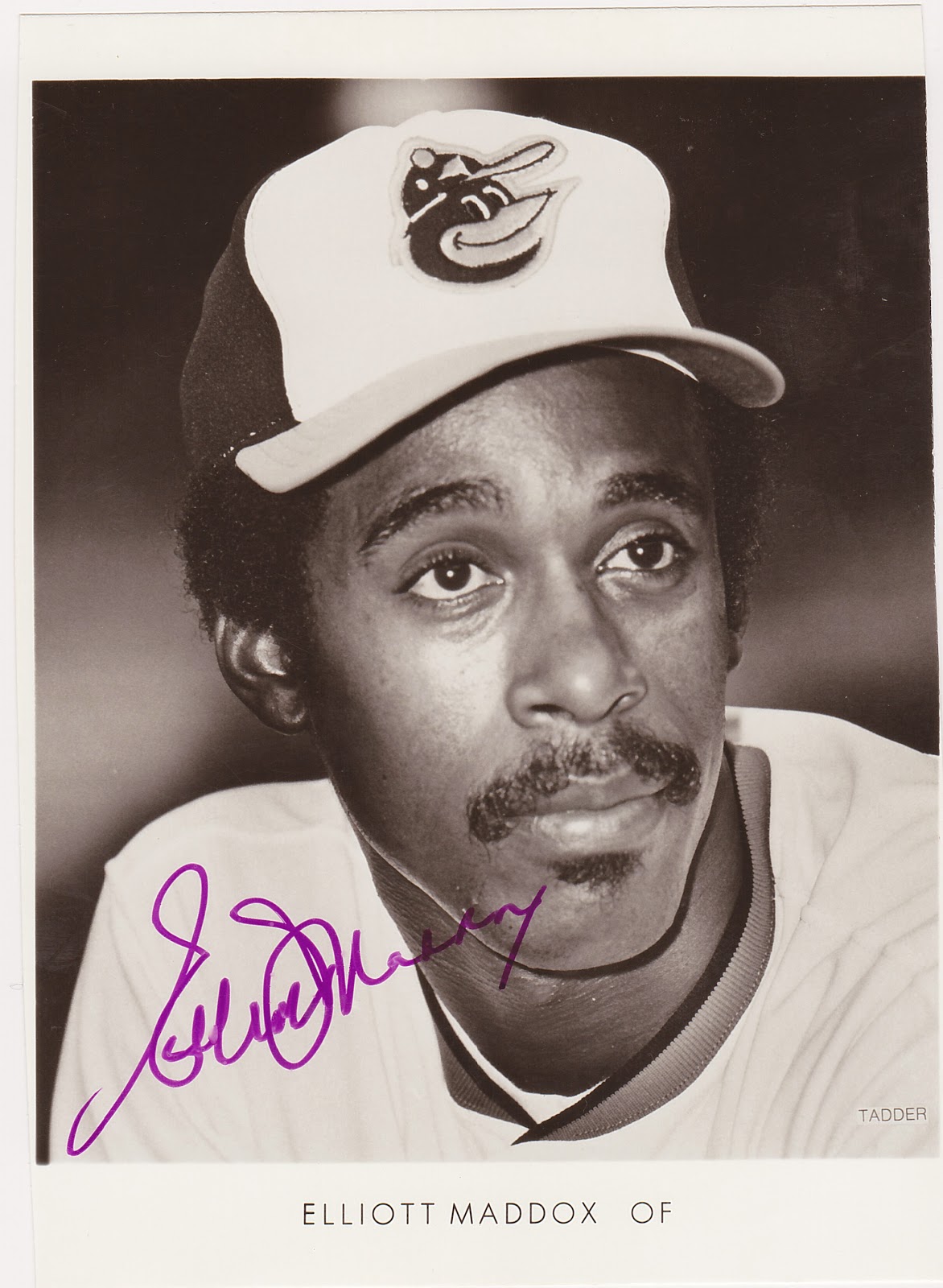 Elliott Maddox. The O's traded Paul Blair to the Yankees for him. No reflection on Maddox but that was a terrible day. Terrible. Blair didn't do much more for the Yanks than Maddox did for the O's but it killed my soul to see Blair in pinstripes.
Posted by Commishbob at 4:00 AM