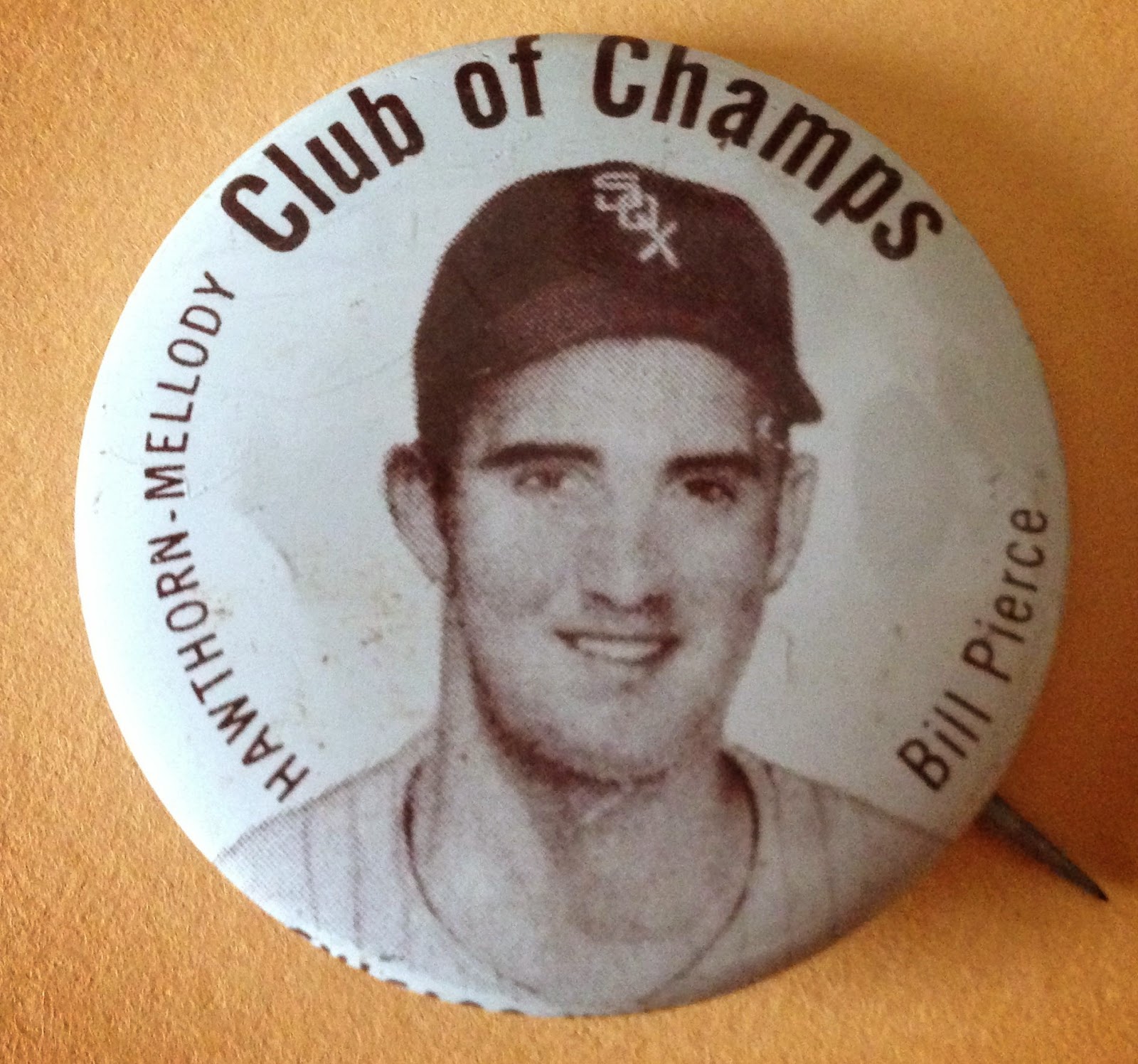 This item has been on my radar for a long time. I might as well call it a 'white whale' because while it really wasn't very expensive it sure didn't surface very often.

I didn't know the story of the Hawthorn-Mellody Dairy until I searched for the info and found that the company had folded in 1992 and the background of it's ending are pretty sad. The Chicago Trib laid it all out in this 1994 article.

Here is the info and a couple of interesting pictures I found on a six year old auction listing via Google:


1952 Hawthorne Mellody "Club of Champs" White Sox Players Pin Set With Beanie. In 1952 the Hawthorn-Mellody dairy company started a program for kids called the "Club of Champs." The club was known for charitably bringing inner city kids of the Midwest on field trips to the company's sports museum, their children's zoo and their dairy operations. A number of club premiums were issued, but none have proven to be as collectable as their PF7 set of 1-3/8" wide litho pins. This set included in its number ten different sepia photo pins of the top players of the Chicago White Sox, and all ten of the desirable player pins are included here, ranging in grade from VG/EX to NM, averaging EX/MT. All are still mounted to a rare example of the club's original brown beanie cap, complete with a painted imprint on the facing that reads, "Hawthorn-Mellody - Club of Champs" (EX). An 8-1/4" x 10-1/4". This is such a scarce issue you will be hard pressed to find it mentioned in any guide, indicating that these may have only been available at the museum itself, given out as souvenirs of the tour. 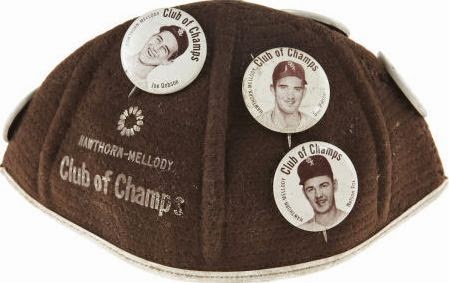