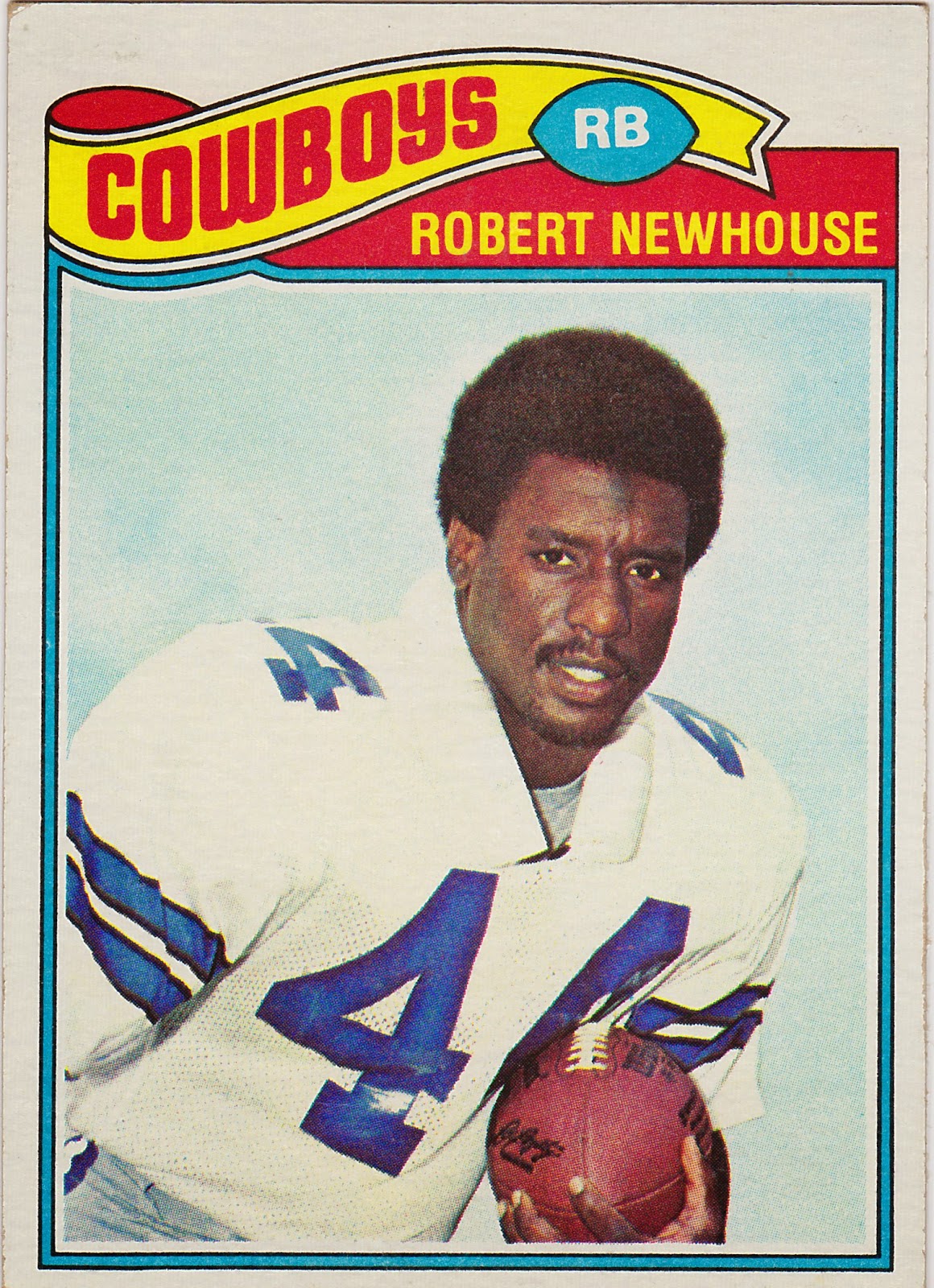 The 'Big Man On Campus' when I arrived at the University of Houston back in 1970 was running back Robert Newhouse. And I mean 'big man' in every sense of the word. He was the Coogs' top running back, and despite the fact that his numbers his first year or so were not spectacular, he was a fan favorite for the incredible power with which he ran. He had a waist of maybe 32 inches but his thighs were about 44 inches. He just plowed through blocks.

Known by everyone as 'House' he passed away a week ago at the age of 64. He had had heart problems for quite some time and was awaiting a transplant but was never well enough to undergo the surgery.

In his senior year he set a UH rushing yardage record that still stands. And it wasn't known by many that he was playing with a painful broken pelvis. Those were the days before 'redshirting' and if he had sat out he would not have had another year of eligibility. I was working at the Athletic building then was able to talk to House a few times. Truly a nice guy. He was inducted into the UH Athletic Hall of Honor in 1977.

And to underscore the difference that 40 years has made...when he was picked by the Cowboys in the 1972 draft he wasn't aware of it until my buddy Sam bumped into him at the University Center and told him about it. And House was a second round pick!

I had picked these cards up on eBay for a buck apiece. That's a 1977 up top, a 1981 below. He played for the Cowboys through the 1983 season. The Cowboys' website posted a nice tribute to 'House' after his death. 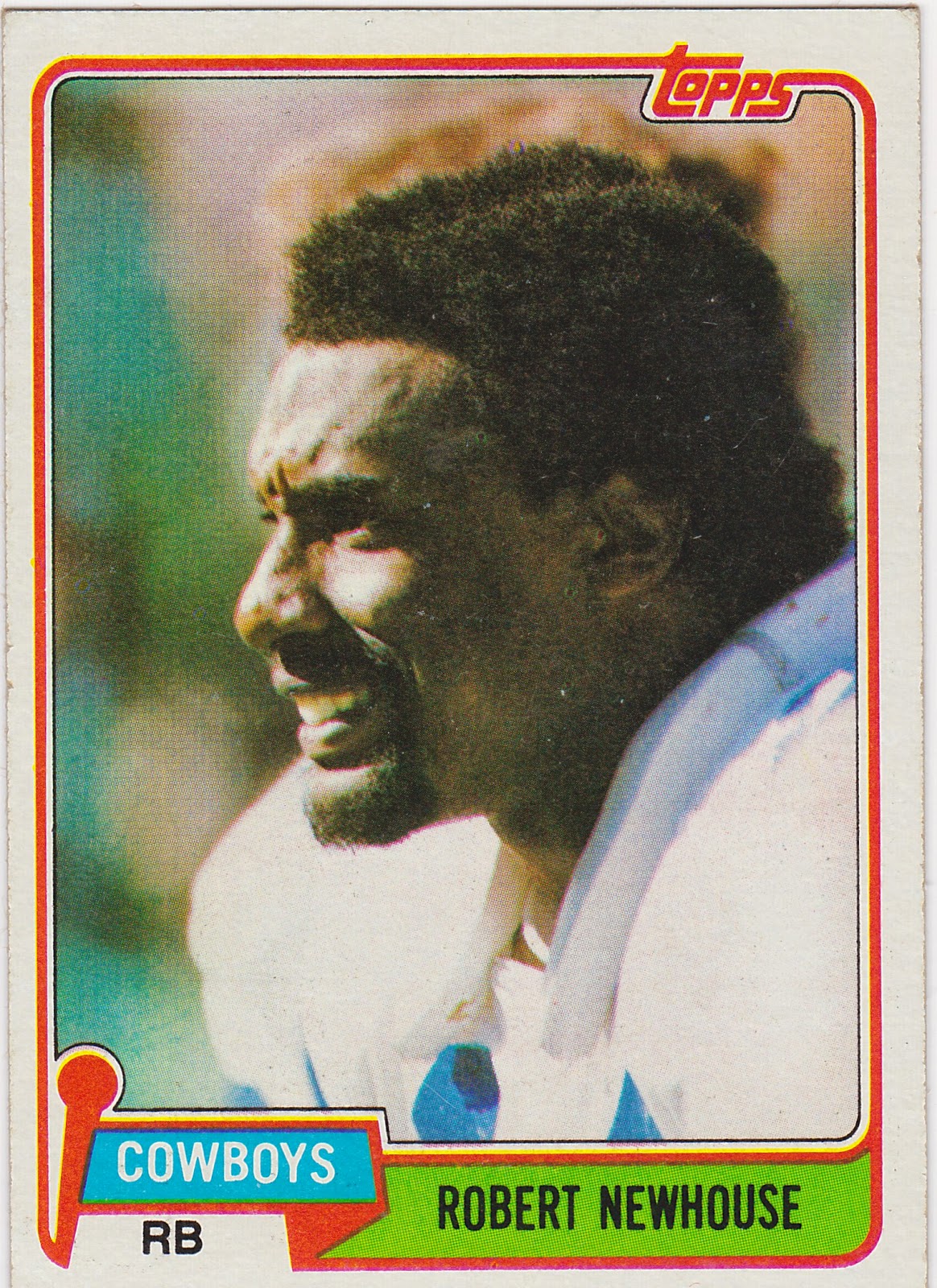 One of the highlights of Newhouse's career was throwing a TD pass to Golden Richards in Super Bowl XII in 1977.


There is no card of Newhouse as a Houston Cougar that I'm aware of so I threw one together just because. I have neither the talent nor software to do a proper job so this will have to do for now. 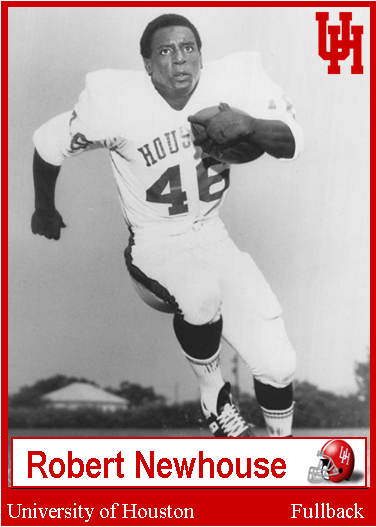 And this is as good a time as any to post my NFL patch. It's my newest addition to my most casual of all collections. 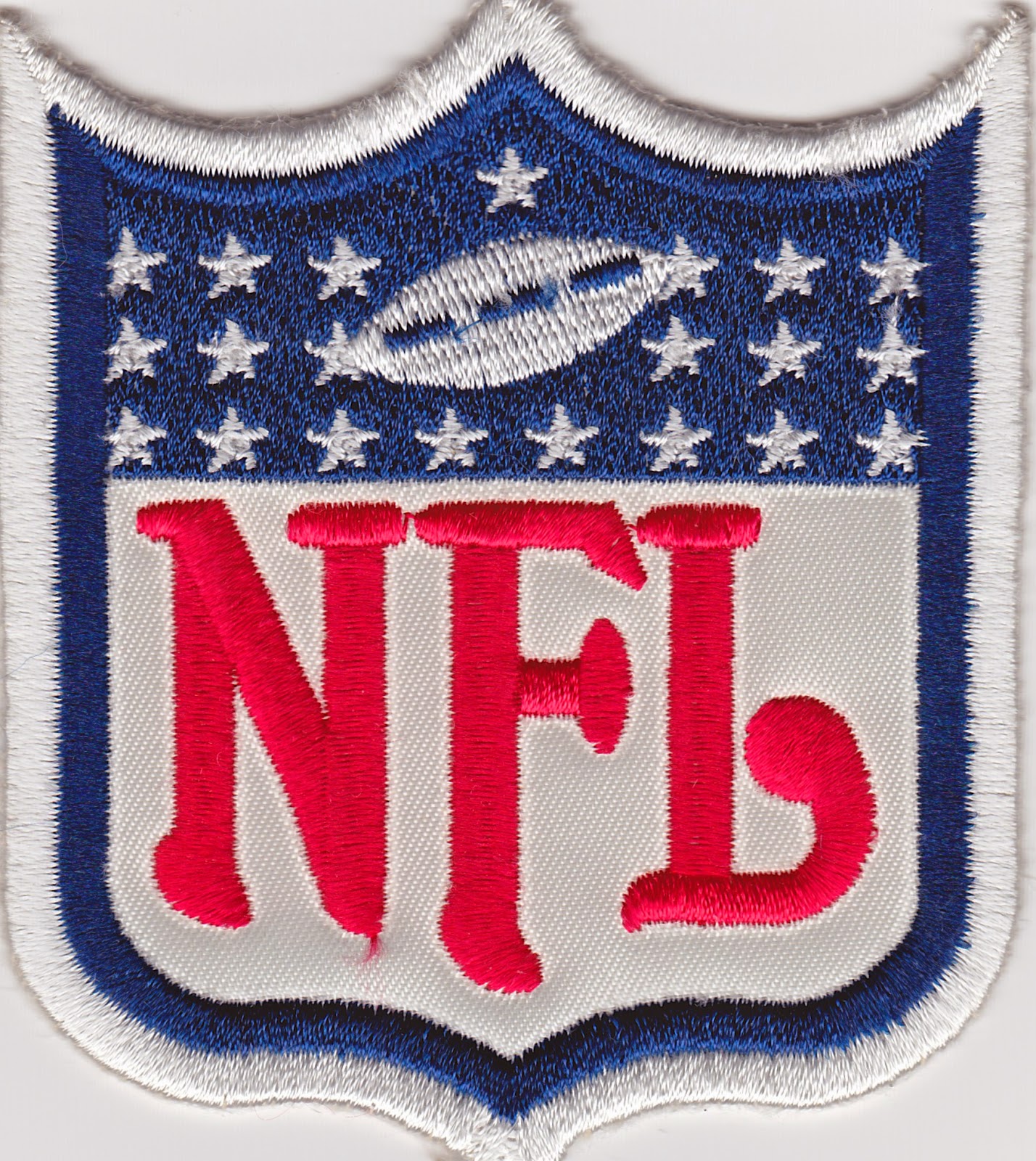