Vintage Football from the LCS

After I went to the card show a month ago I was inspired to visit the show promoter's shop before he closed it. Turns out his lease is up in February so it'll be open until then but he is serious about reducing his inventory now and he had most of his vintage stuff marked at half off. So all the cards in this short series of posts were had for a quarter or fifty cents at the most.

Here are a couple of guys I have a personal relationship with, a very very tenuous relationship but whatcha gonna do?

Ben Hawkins was a star player for my hometown high school in the early 60's. My buddies and I used to sneak into Nutley's Park Oval field to watch him play on Saturdays. We could never beat Montclair. And the year we did the refs screwed us out of it. 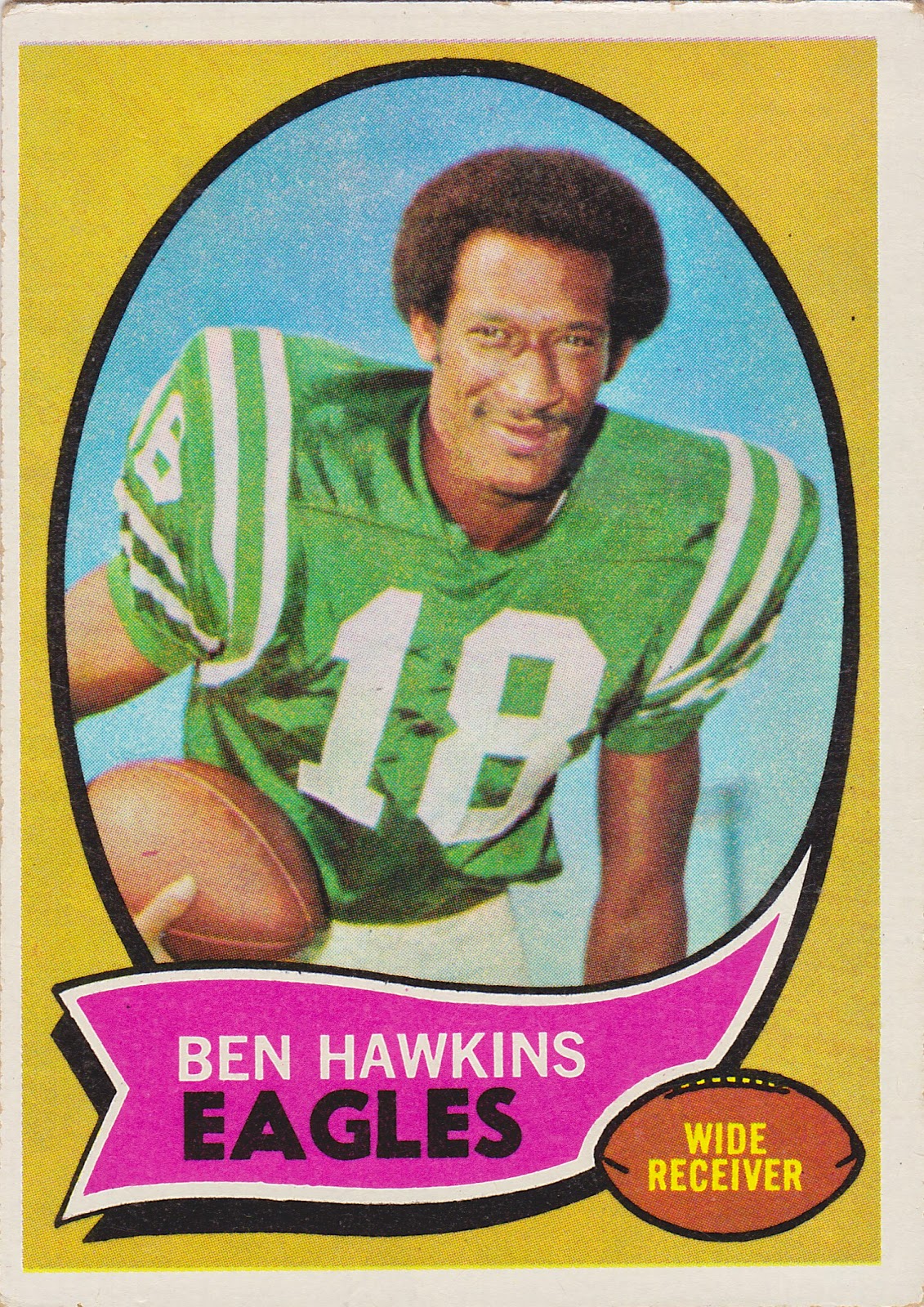 Ralph Baker is the first pro athlete I ever met in person. He was a friend of my ex-uncle from Baltimore. 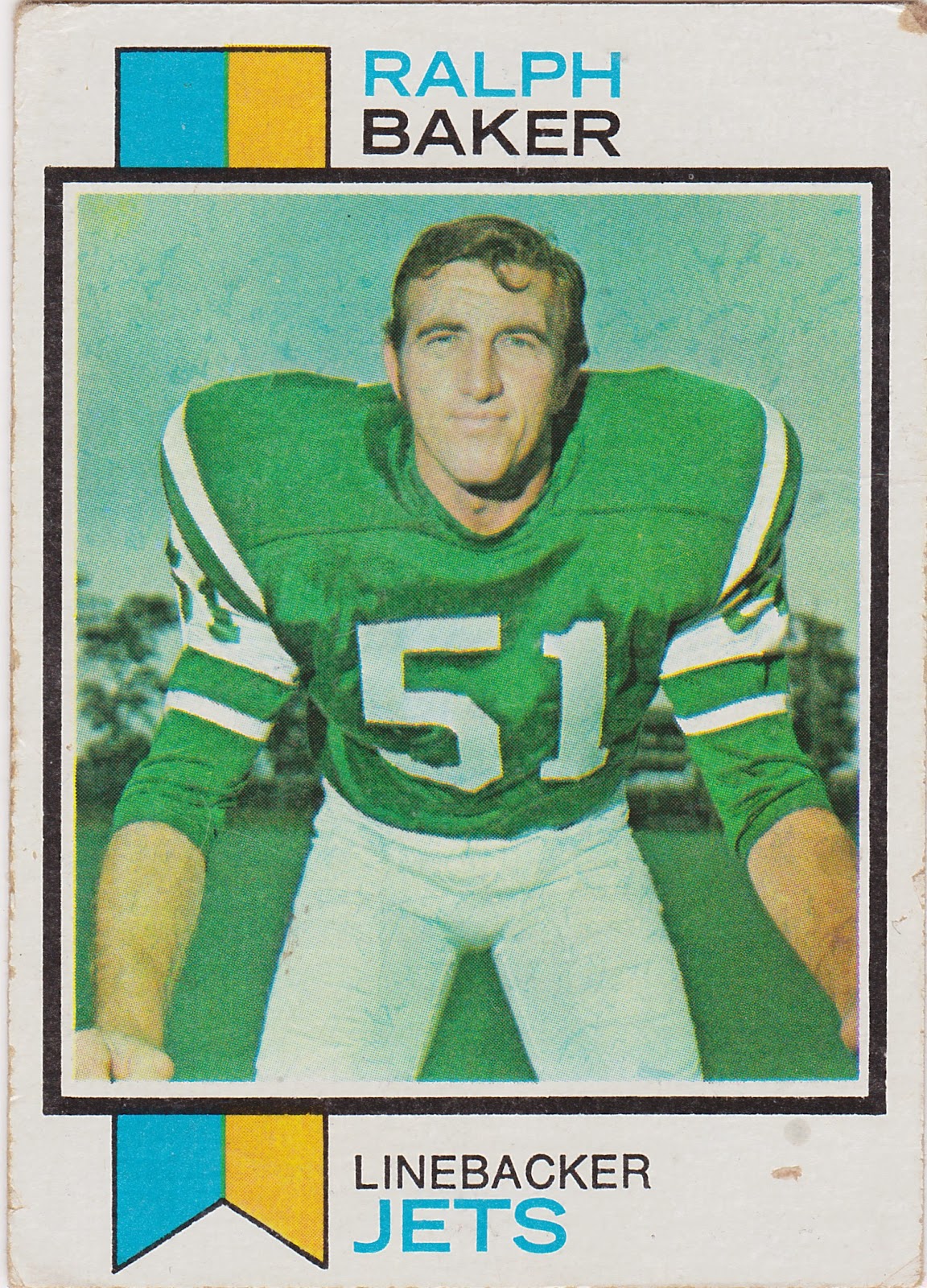 A different uncle on mine owned a pharmacy (and the family still does) in New Jersey. It was one of those places that everyone in town used and my uncle knew everyone. Somehow he got Bob Tucker to make an appearance at his store. I went with my Dad. It was cool to feel like a 'privileged character' with behind the counter access. 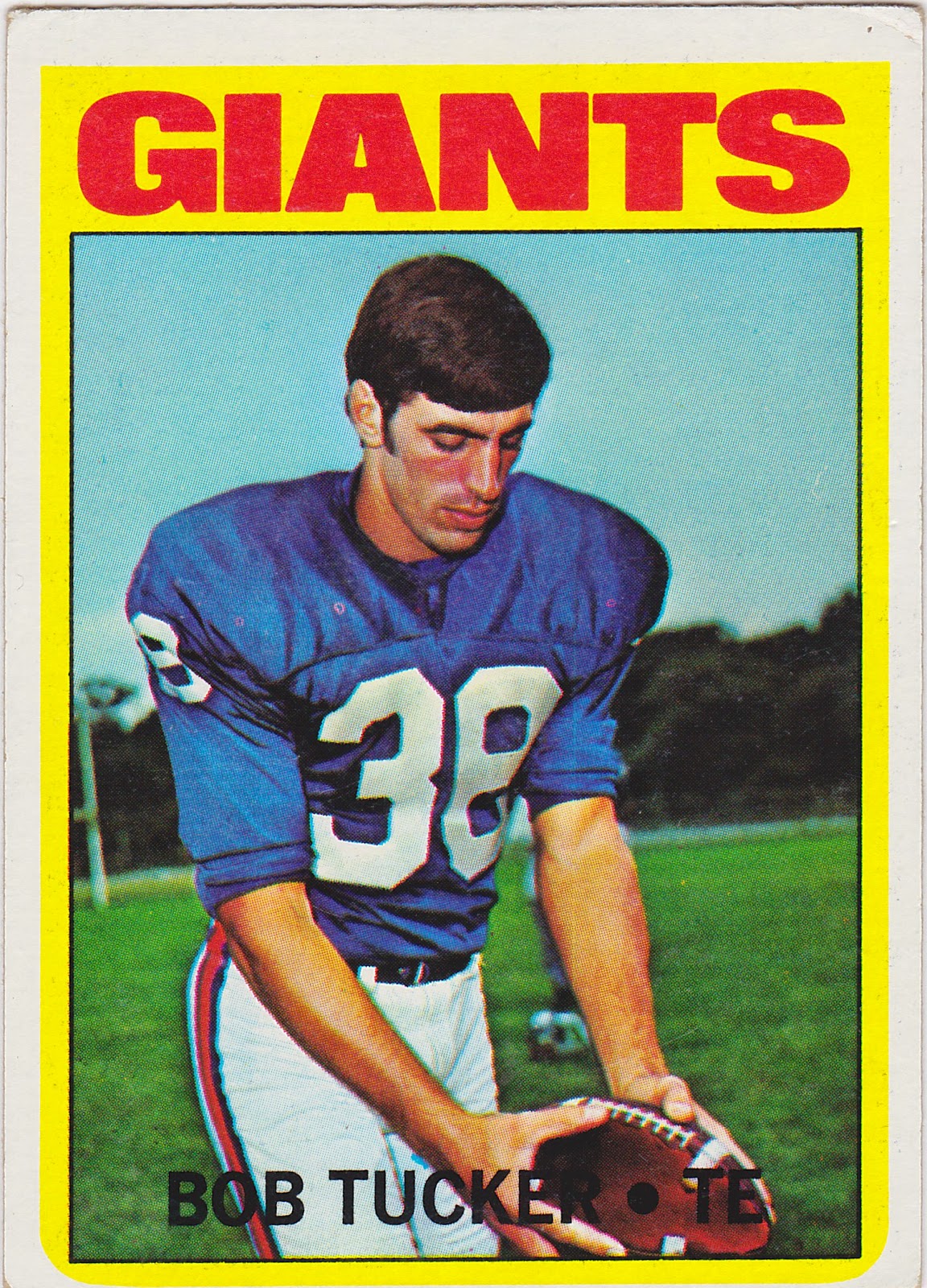