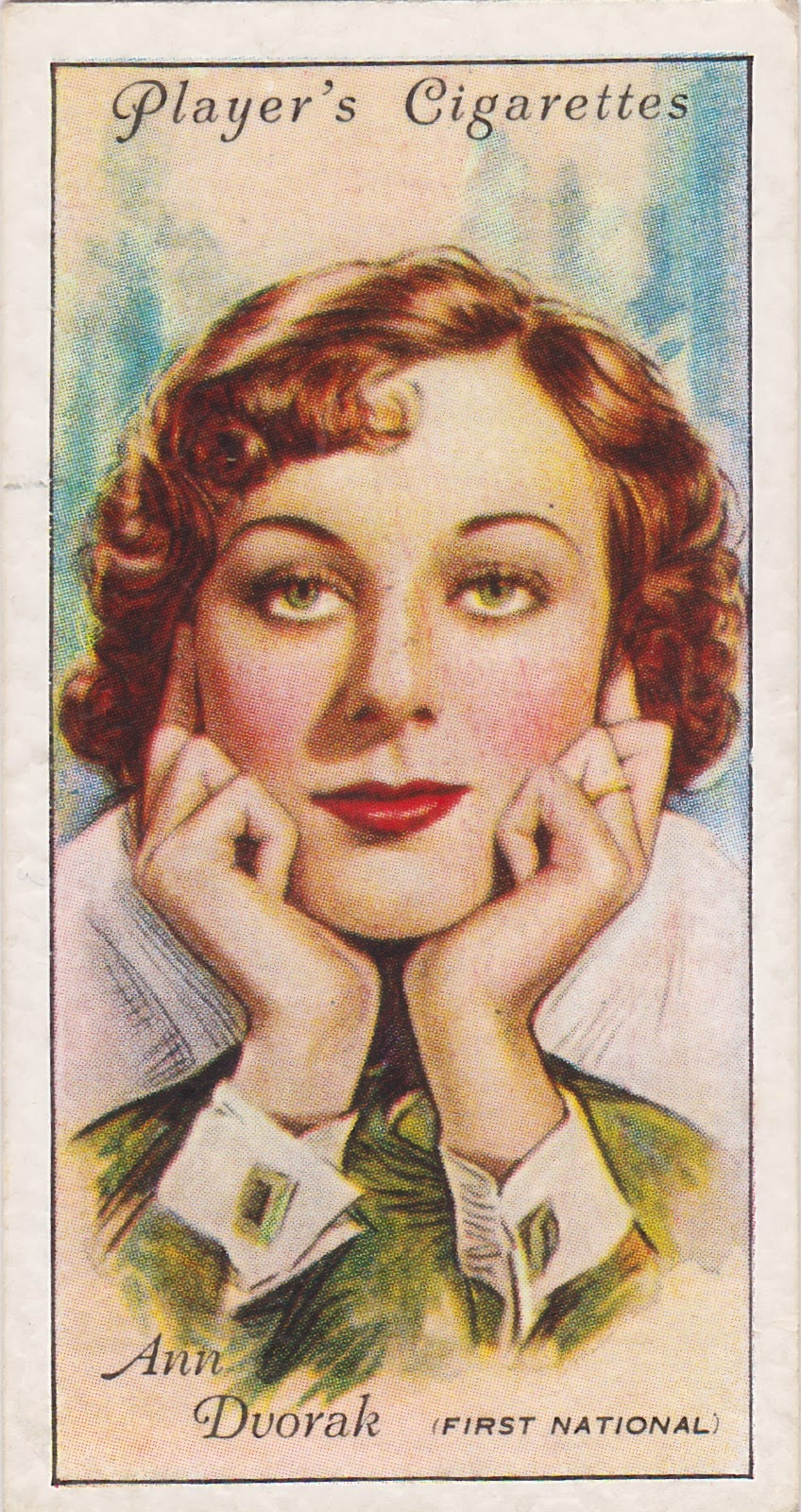 I seems I had found the only Ann Dvorak cards available on eBay so I went searching in other places and found a guy with his own web store who specializes in all things vintage Hollywood. He had some issues with his checkout process but we worked through that and I picked up three cards and what turned out to be an 8x10 which I had though was a card when I bought it.

At the top is a 1934 Players Cigarette card from England. My scan just doesn't do this card justice. It's pretty much perfect and my favorite item in my little group of Ann Dvorak cards. It really shows those expressive eyes of hers. 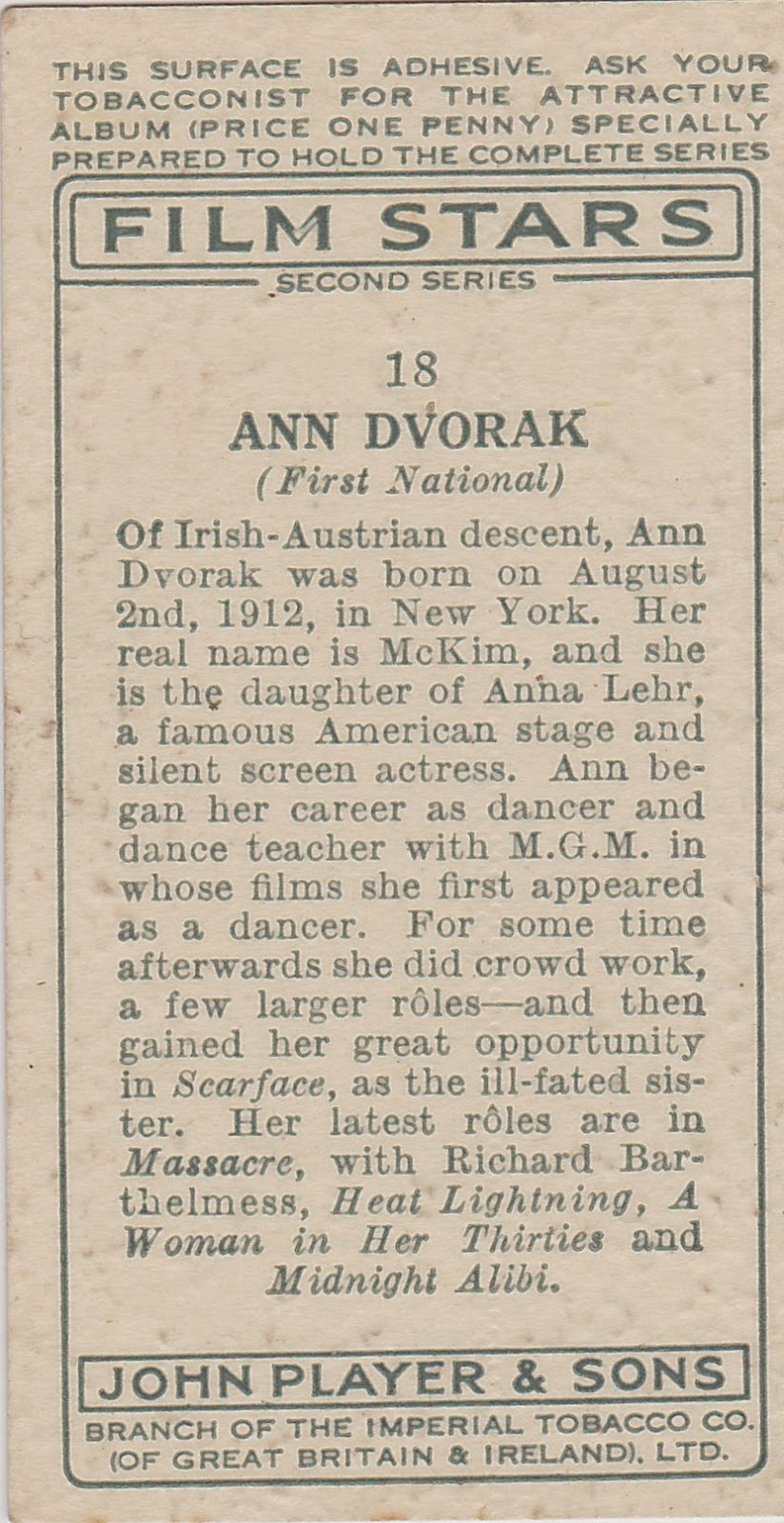 Seems like a good point to throw in a bit of background on Ms. Dvorak. The paragraph below comes from her biography which is published by one of those university press companies and costs more than I will pay for a book:


Possessing a unique beauty and refined acting skills, Ann Dvorak (1911–1979) found success in Hollywood at a time when many actors were still struggling to adapt to the era of talkies. Seemingly destined for A-list fame, critics touted her as “Hollywood’s New Cinderella” after film mogul Howard Hughes cast her as Cesca in the gangster film Scarface (1932). Dvorak’s journey to superstardom was derailed when she walked out on her contractual obligations to Warner Bros. for an extended honeymoon. Later, she initiated a legal dispute over her contract, an action that was unprecedented at a time when studios exercised complete control over actors’ careers. 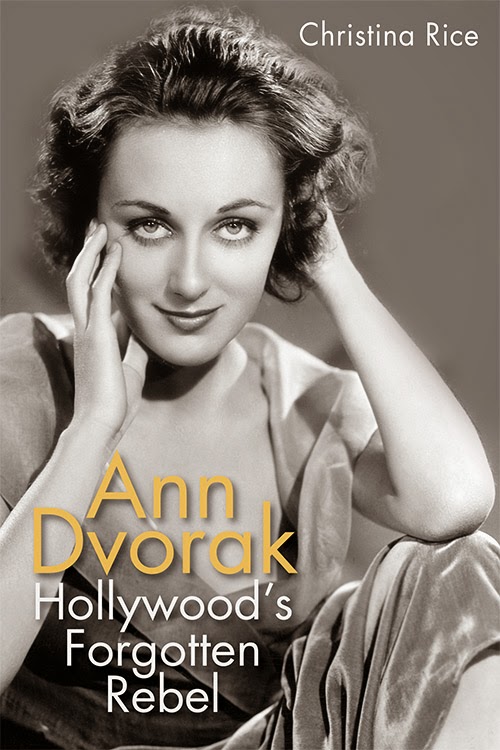 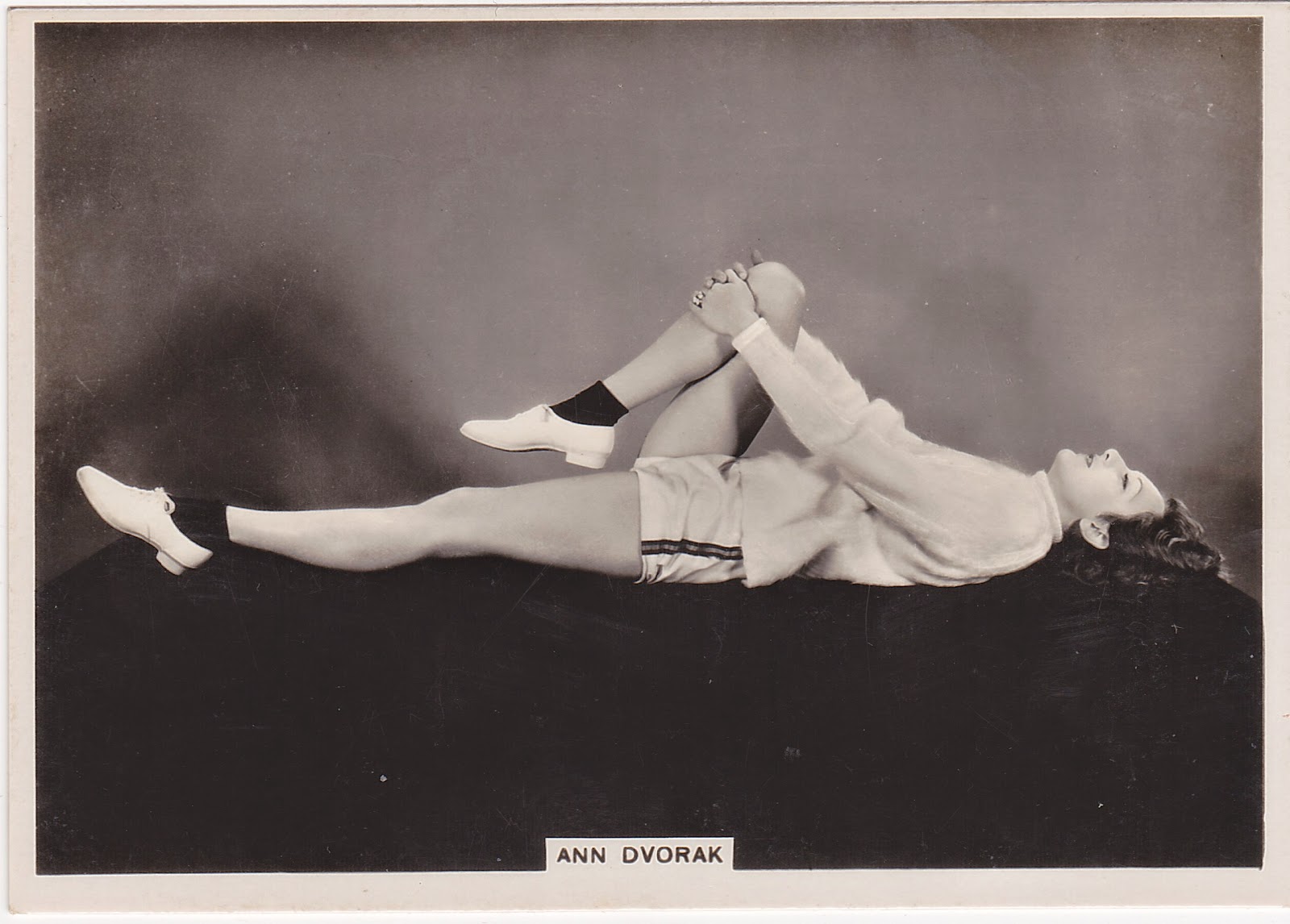 This is a 1938 issue from BAT (British American Tobacco). There is also a version in a more traditional 'cigarette card' size that has the same pick in a vertical format with the name at the bottom below her foot. This one is much nicer. You can tell she was a dancer before becoming a full time actress. 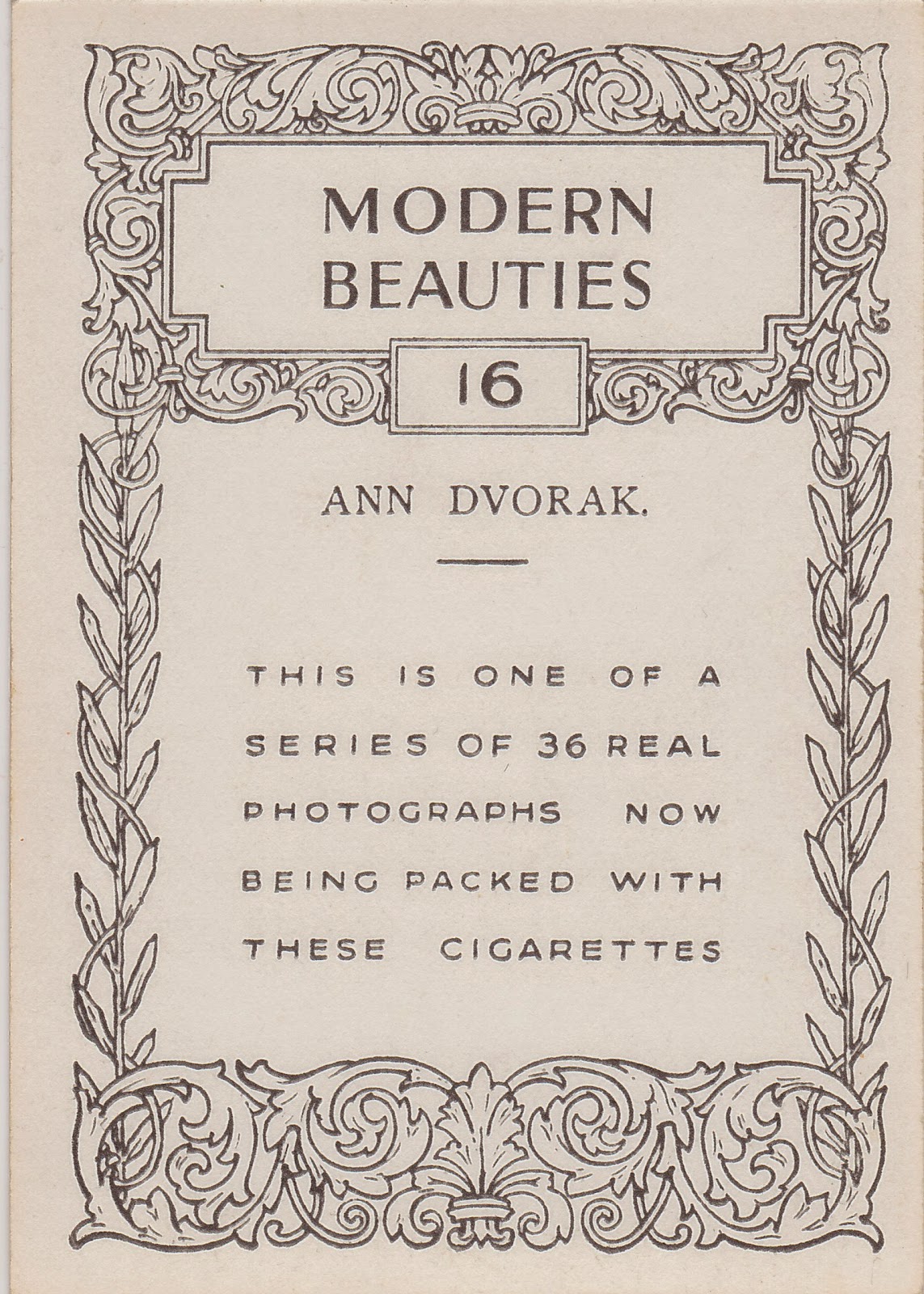 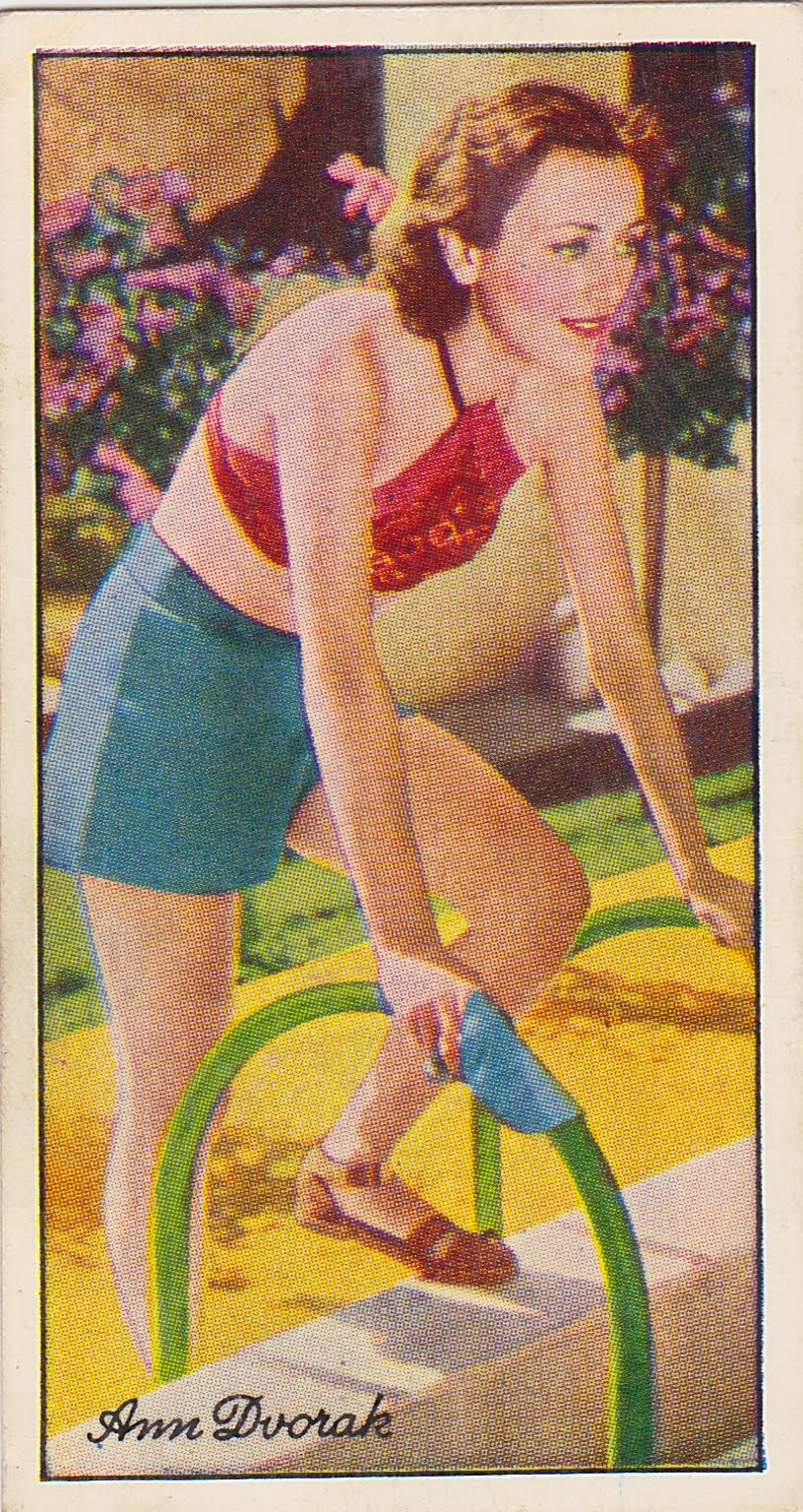 This one is also a bit different in that it shows her poolside(?). It was sponsored by the Carreras Tobacco Company of London and issued in 1936. I poked around on sites that sell or list British cards of that era and this set is on the expensive side compared to most others. 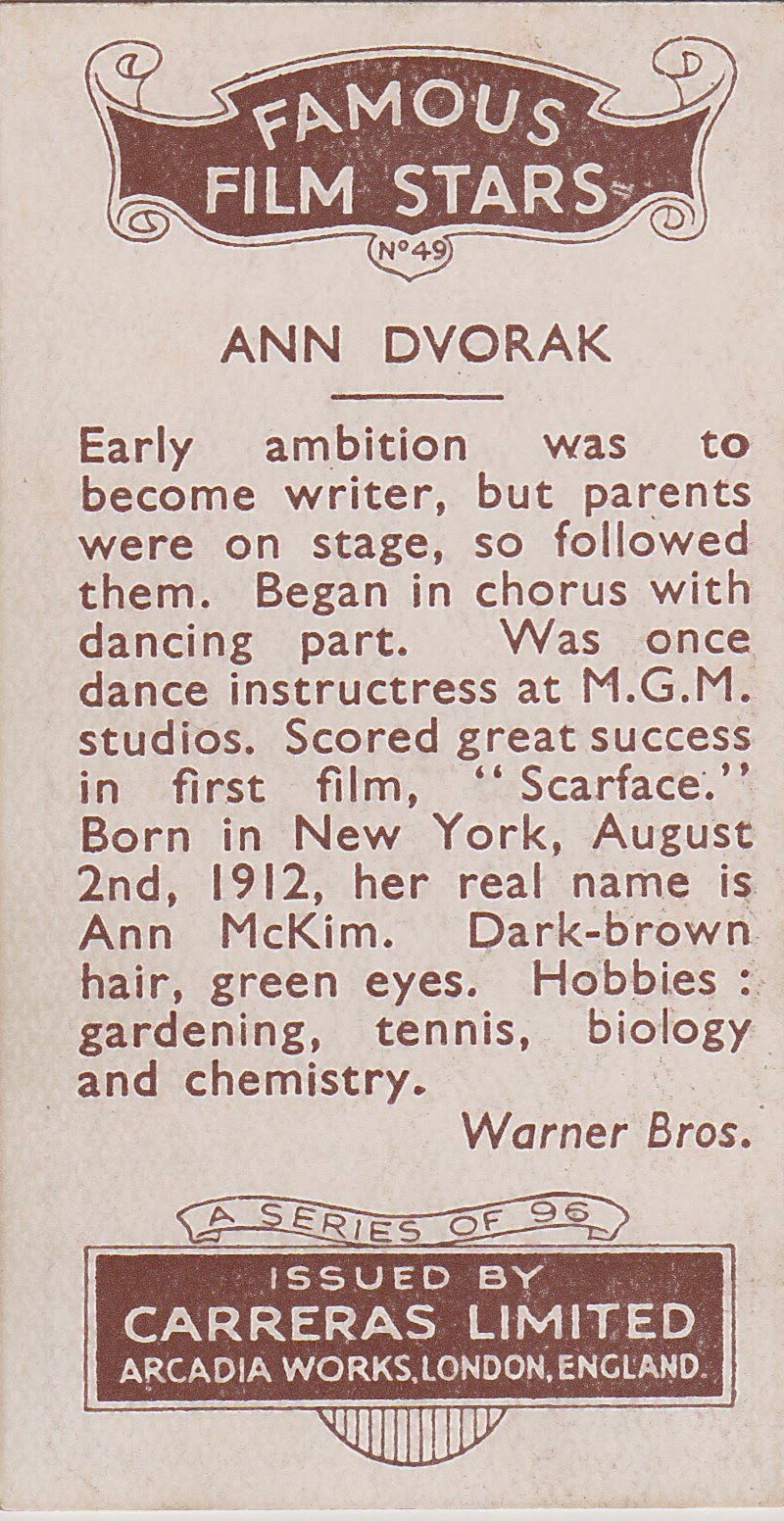 Because it was so reasonable I picked up a dupe of the Godfrey Phillips card that I posted previously. This one has an intact reverse so it's an upgrade. 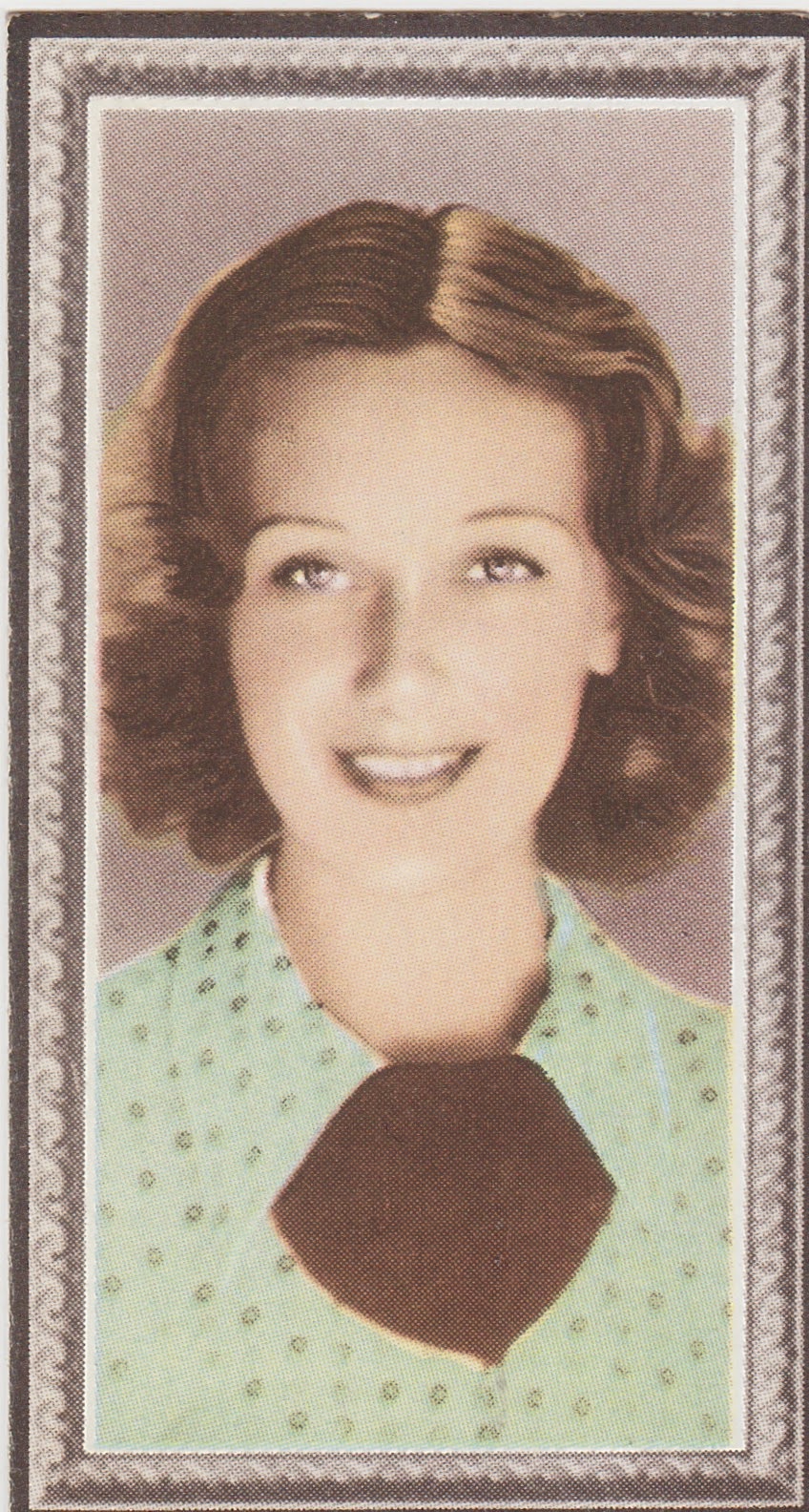 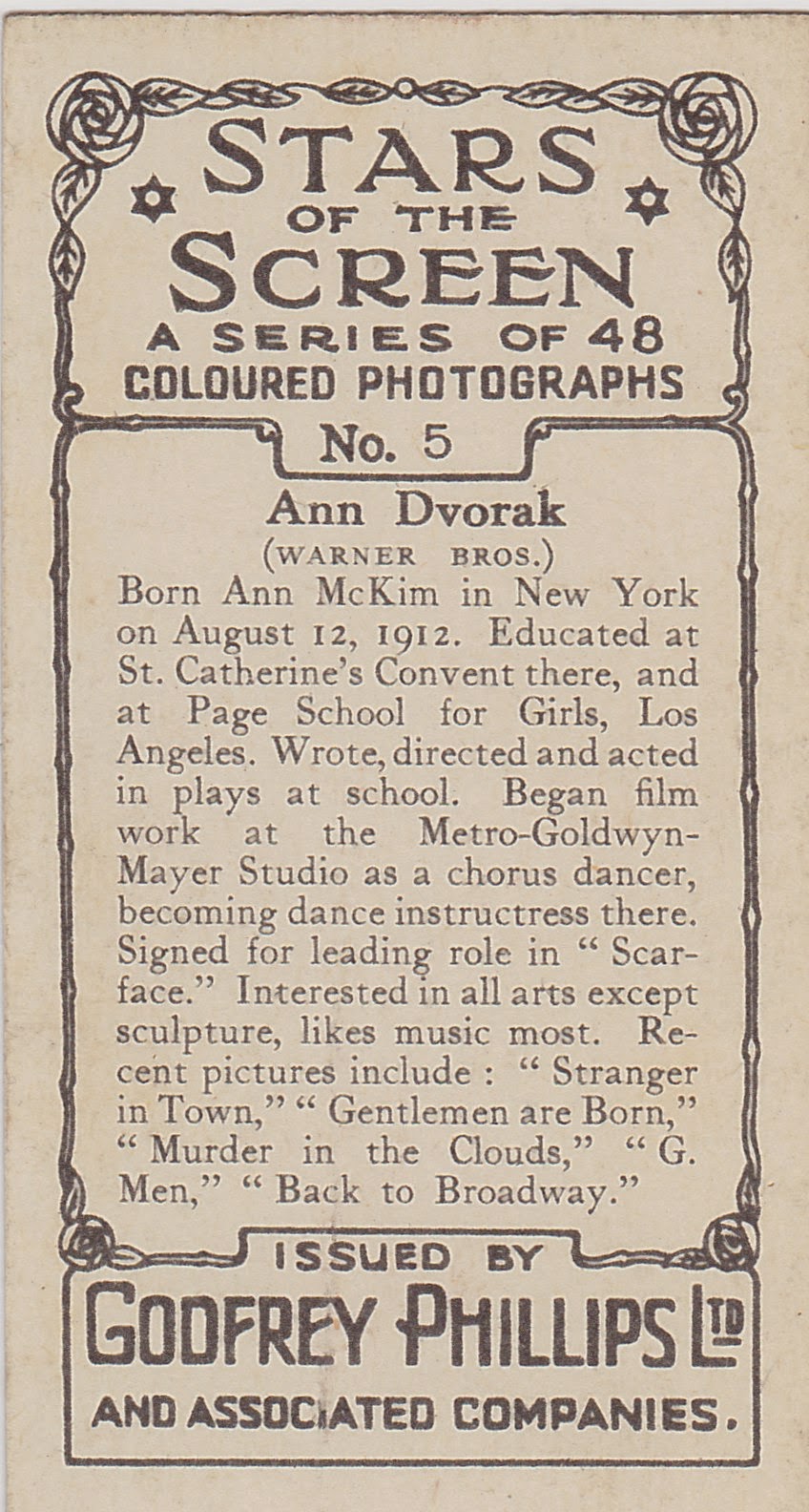 Finally, what I thought was another more standard size card that turned out to be an 8x10 (reading is fundamental). But since it was priced like an inexpensive card I'm OK with having bought it.