Cool Breeze on a Hot Day 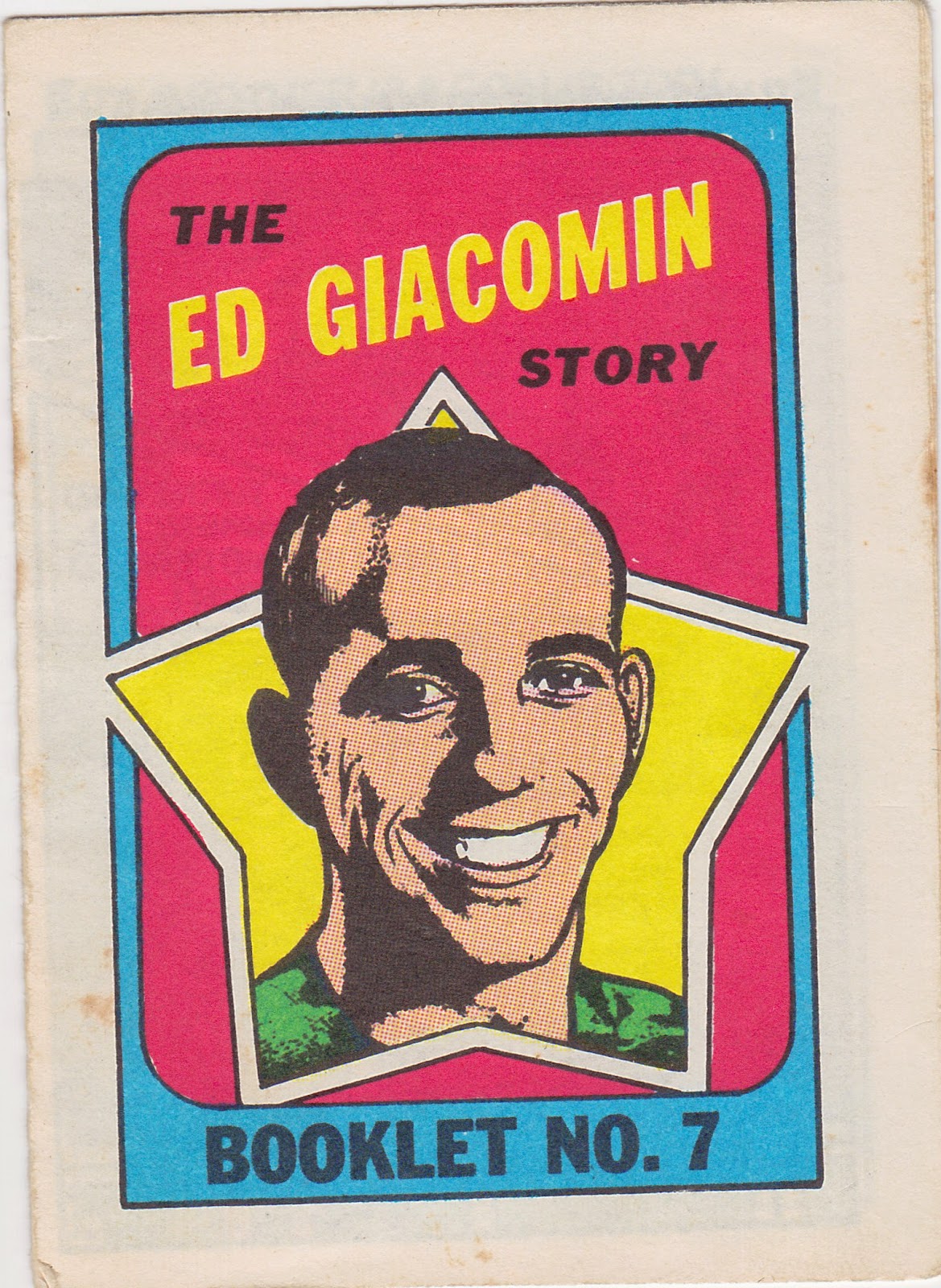 The weather in Houston cooled off a bit over the weekend, down to the 80s. But it's back to normal now and what better way than to drop an ice cube down the back of Mother Nature than an August hockey post?

That's a Eddie Giacomin Topps Hockey Booklet from 1971/72. It was sent to me by 'friend-of-the everyone's blog, Mark Hoyle. It's a beauty, too. I've been wanting to add this to my Giacomin collection for awhile now.

It is an eight page foldout (including both covers) and tells the story of Giacomin's hockey life. The artwork won't hang in the Louvre any time soon, and it won't make one forget Bob Kane but it's several notches above the typical back-of-the-card cartoons that Topps has done forever. I mention Kane because, while I'm not a comicbook guy, the bottom two panels give me a DC Comics vibe. 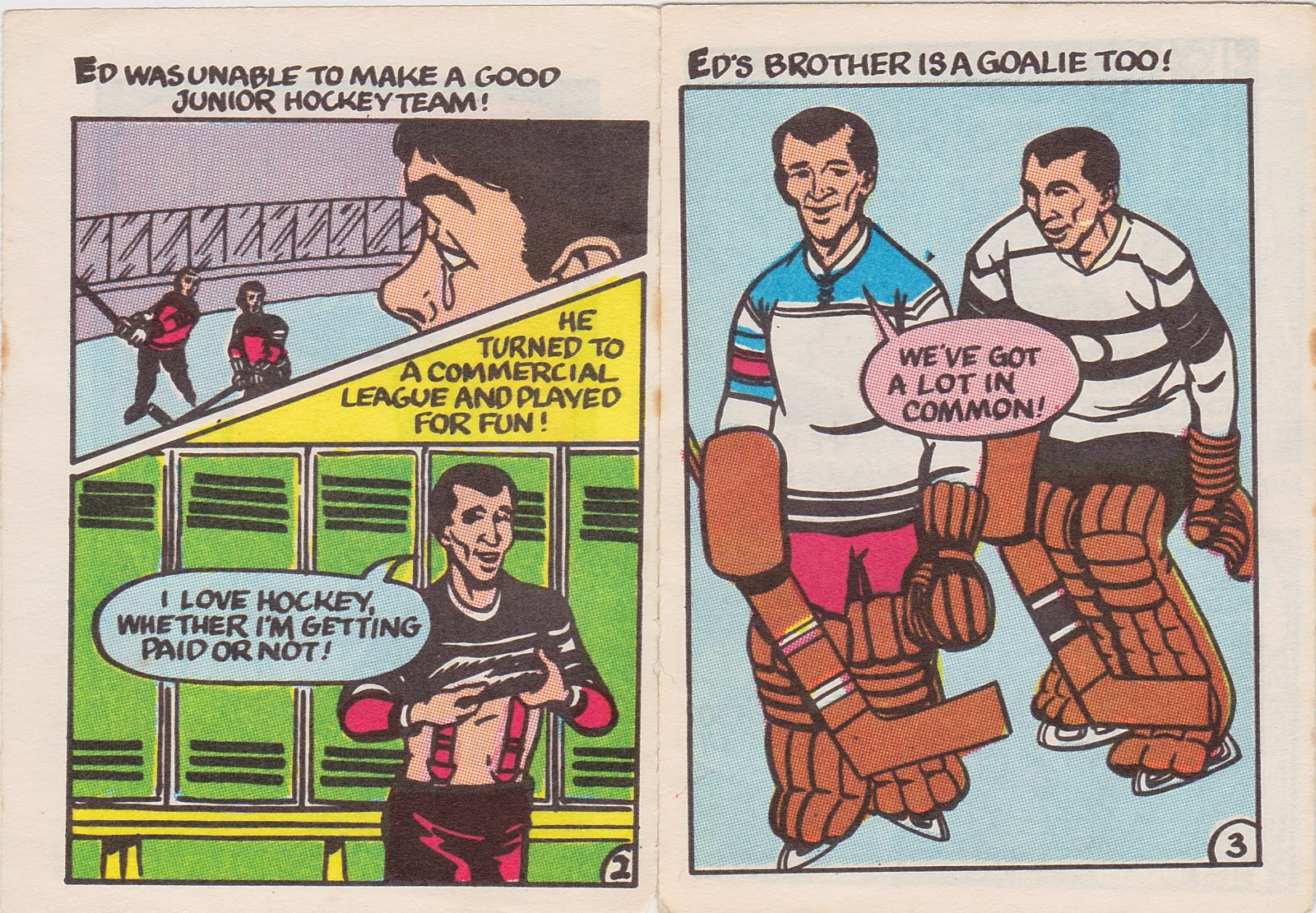 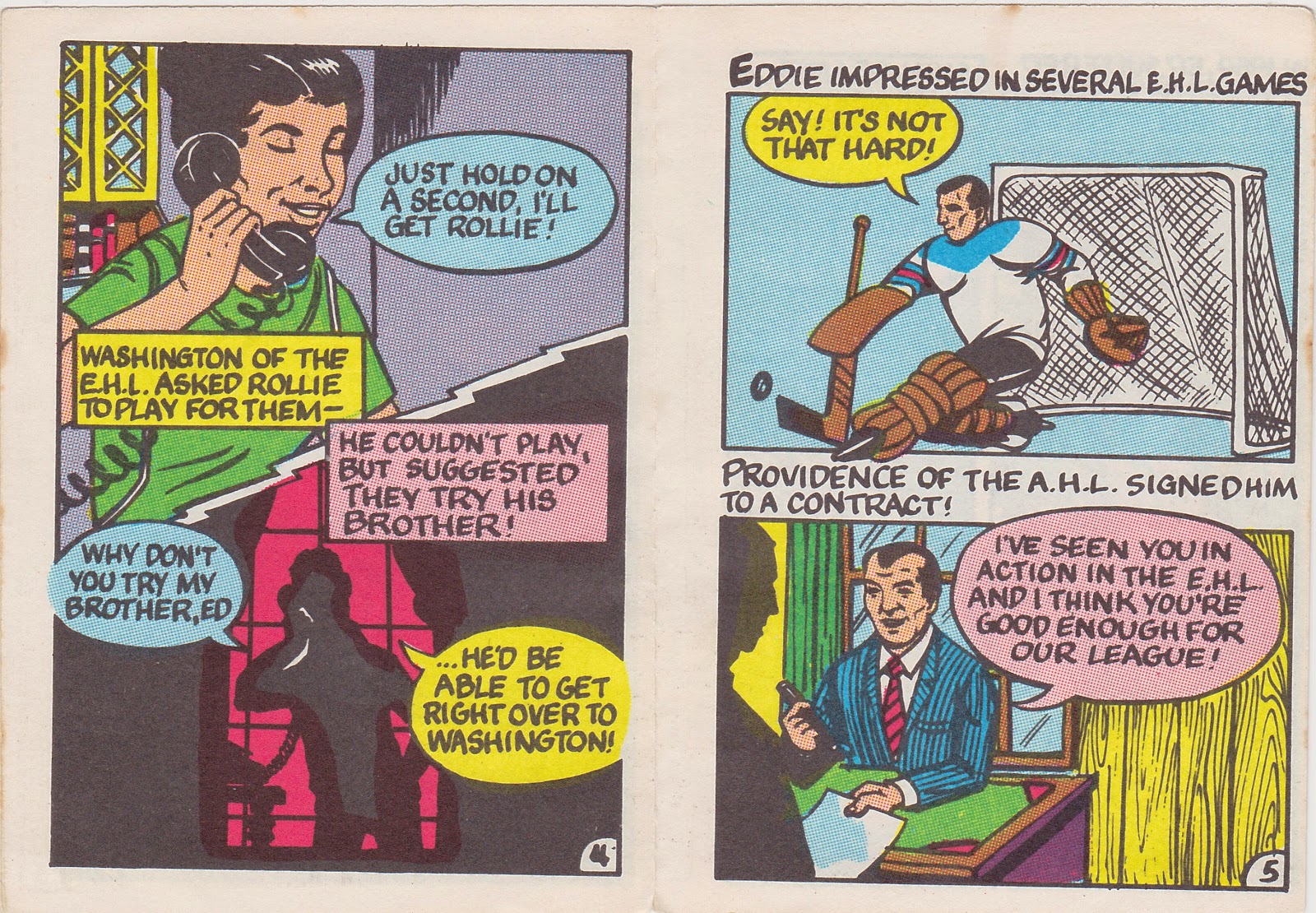 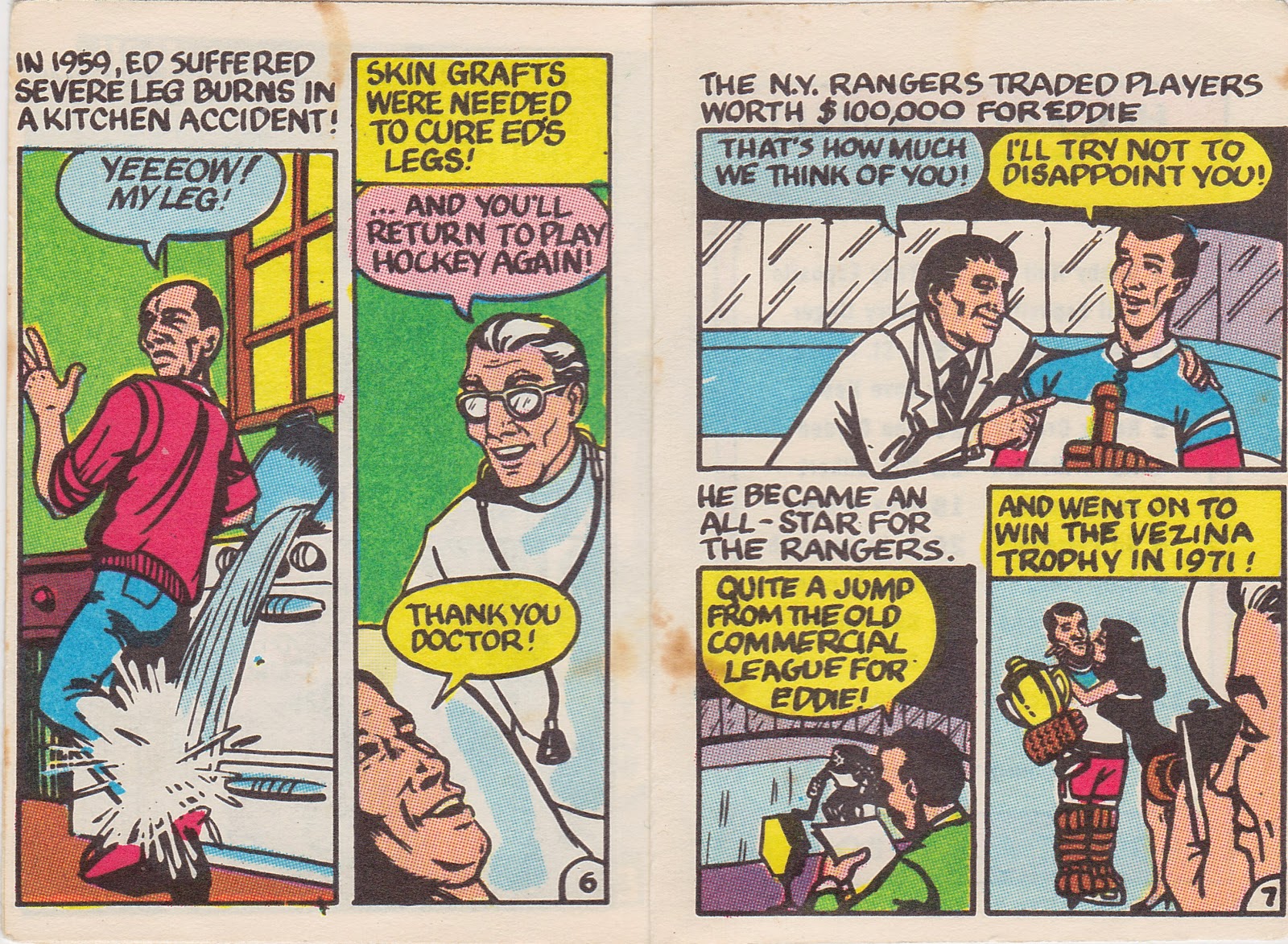 The back page has the checklist of all 24 booklets in the series. It's a pretty strong list overall. Receiving this one from Mark has kind of set me off on a quest to put the set together, maybe. They go for anywhere from $2 to above $10 on eBay. If nothing else I'll probably pick up just a few of my favorites, Rod Gilbert, Ken Dryden, Howe, Hull, Richard and Orr.

On second thought, if I go for the stars I might as well get the set. 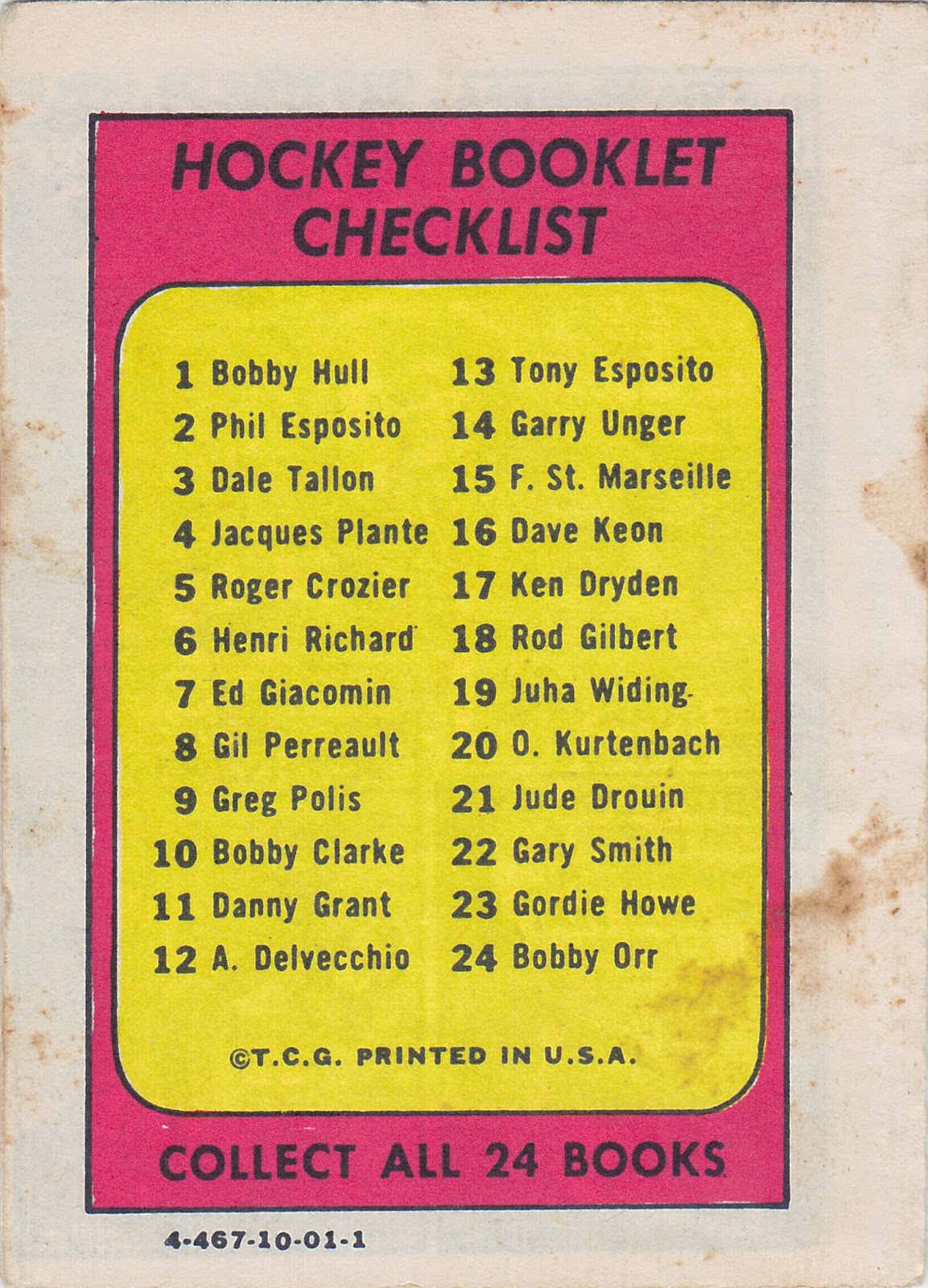 There are several complete sets up on eBay right now but I like the fun of the 'chase'. It usually costs more in the long run but snagging items like this one or two at a time is waay more satisfying.

Speaking of eBay here is a peek at the complete set as found on a current auction. 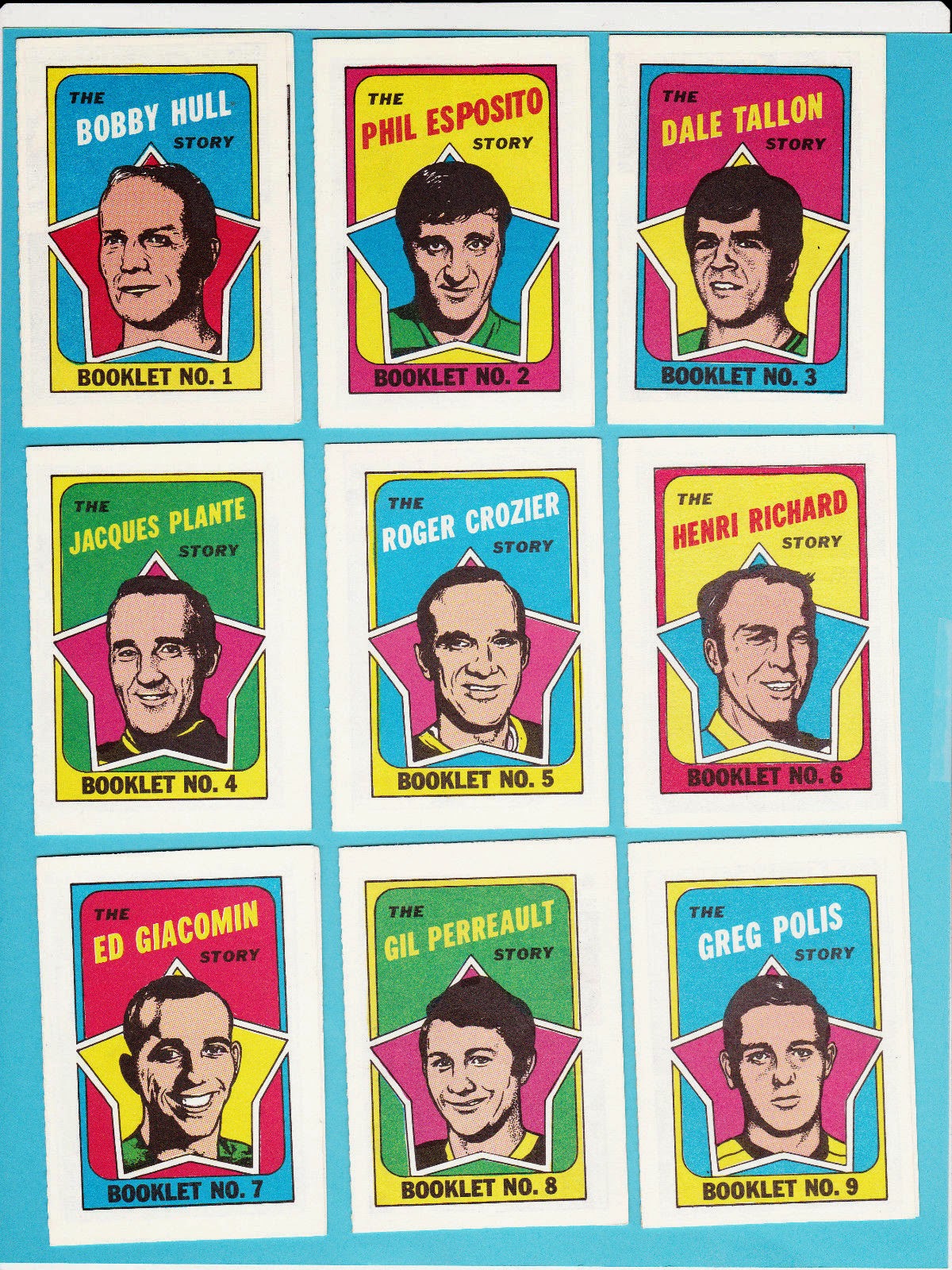 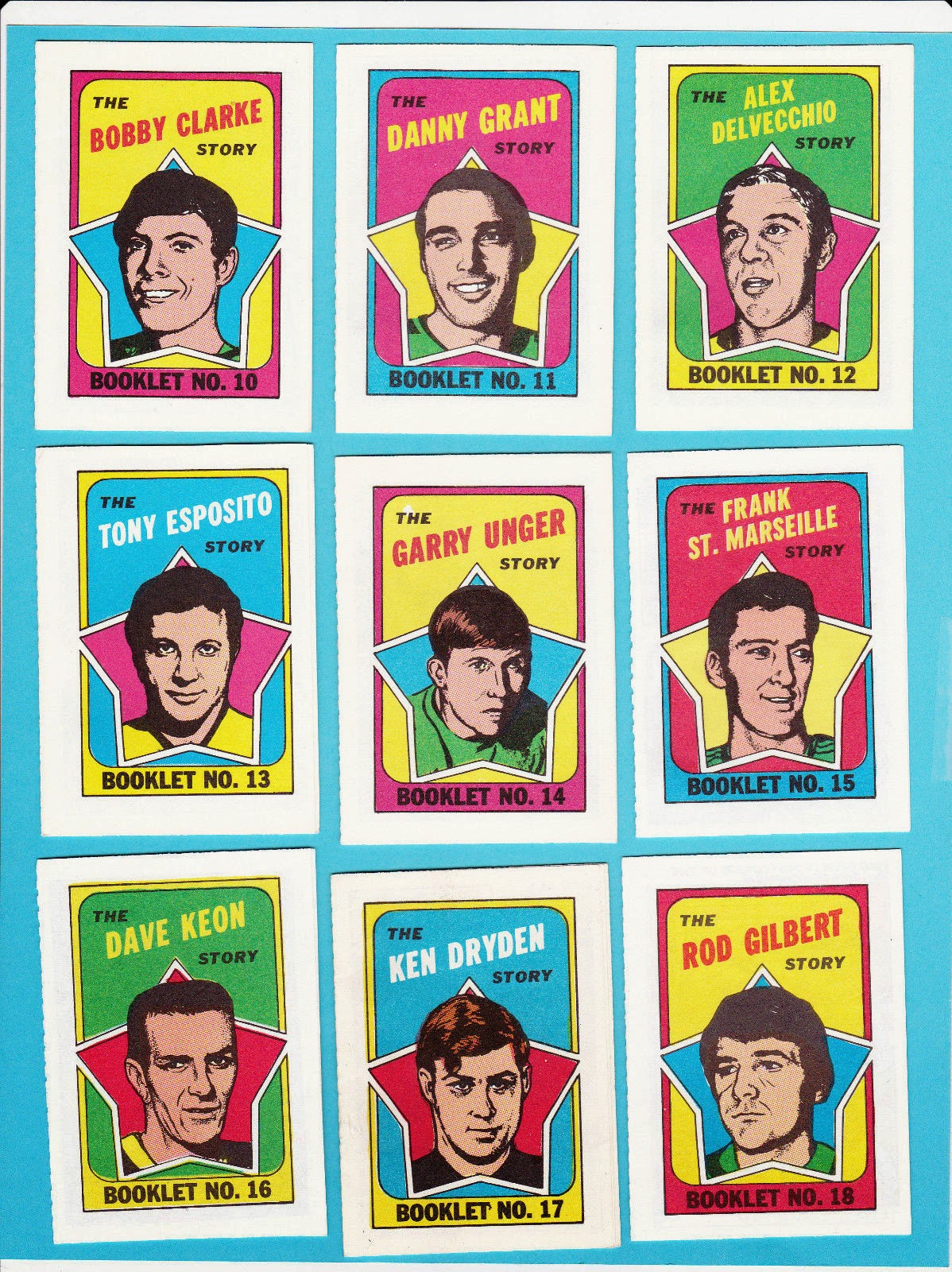 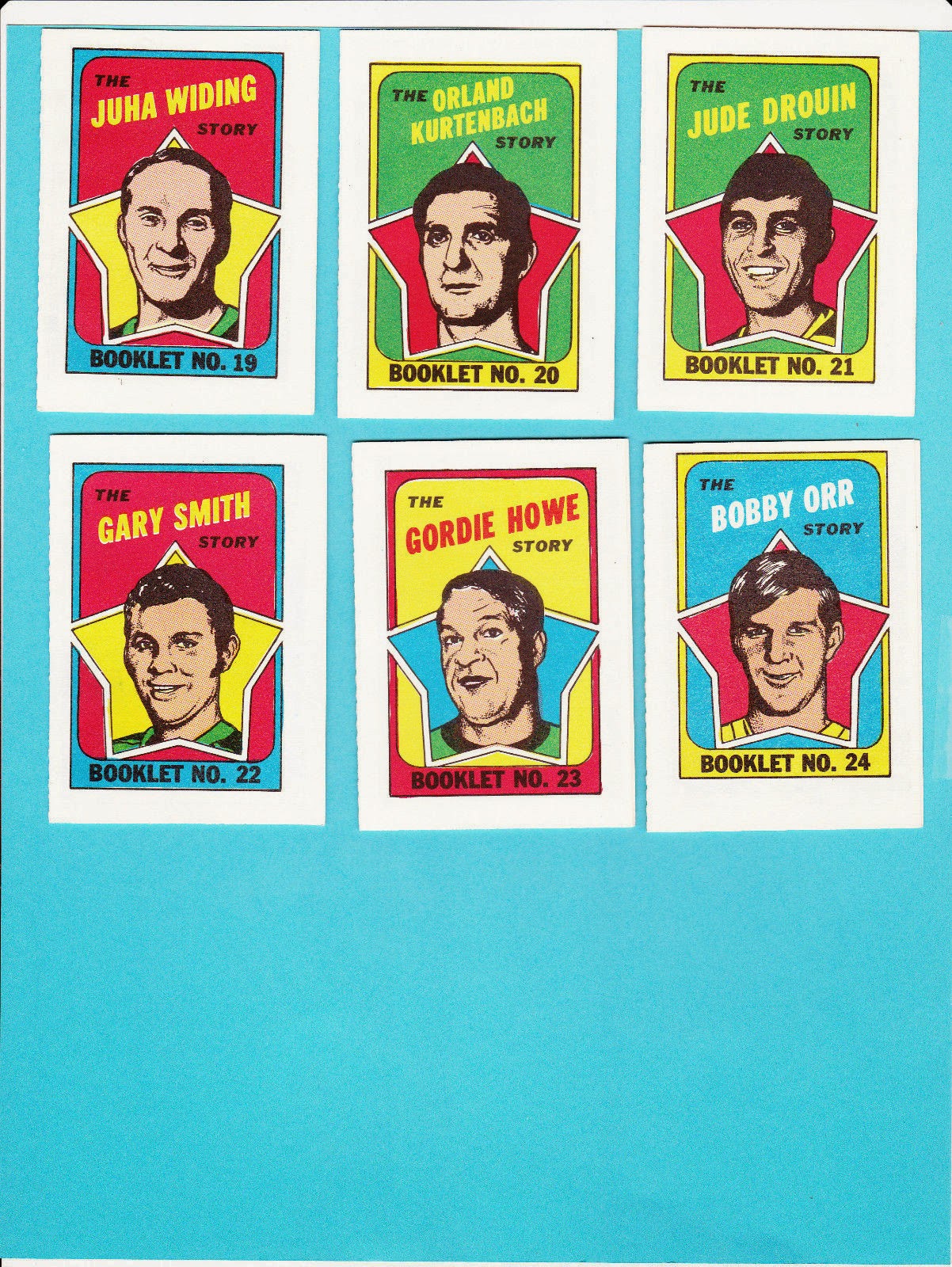 That wasn't all Mark sent me. He includes some cards of great Houston Cougar alums, one of whom recently passed away. I'll have those cards up later this week.

Thanks again Mark. You are a very generous guy, and a credit to his hobby of ours.