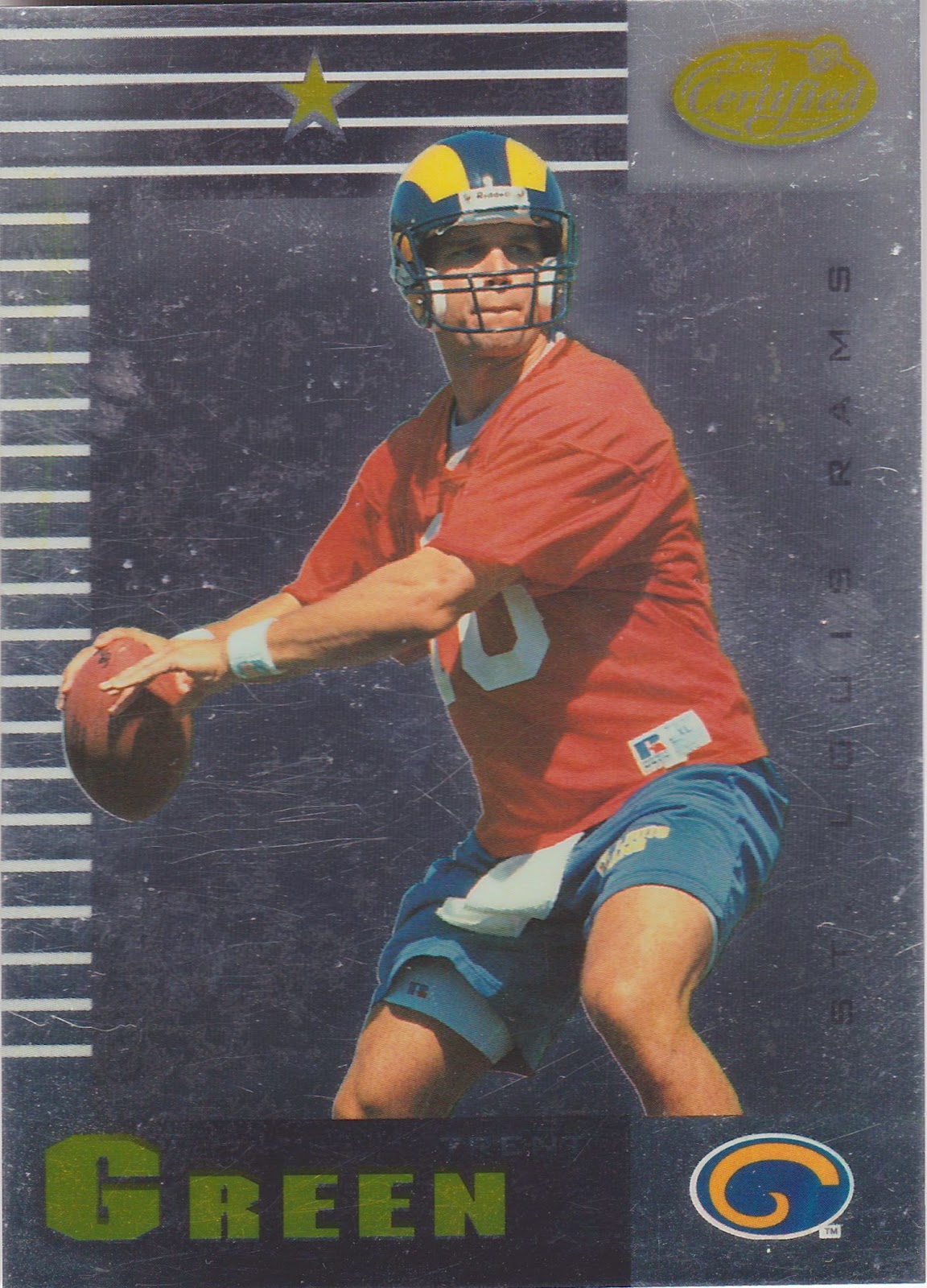 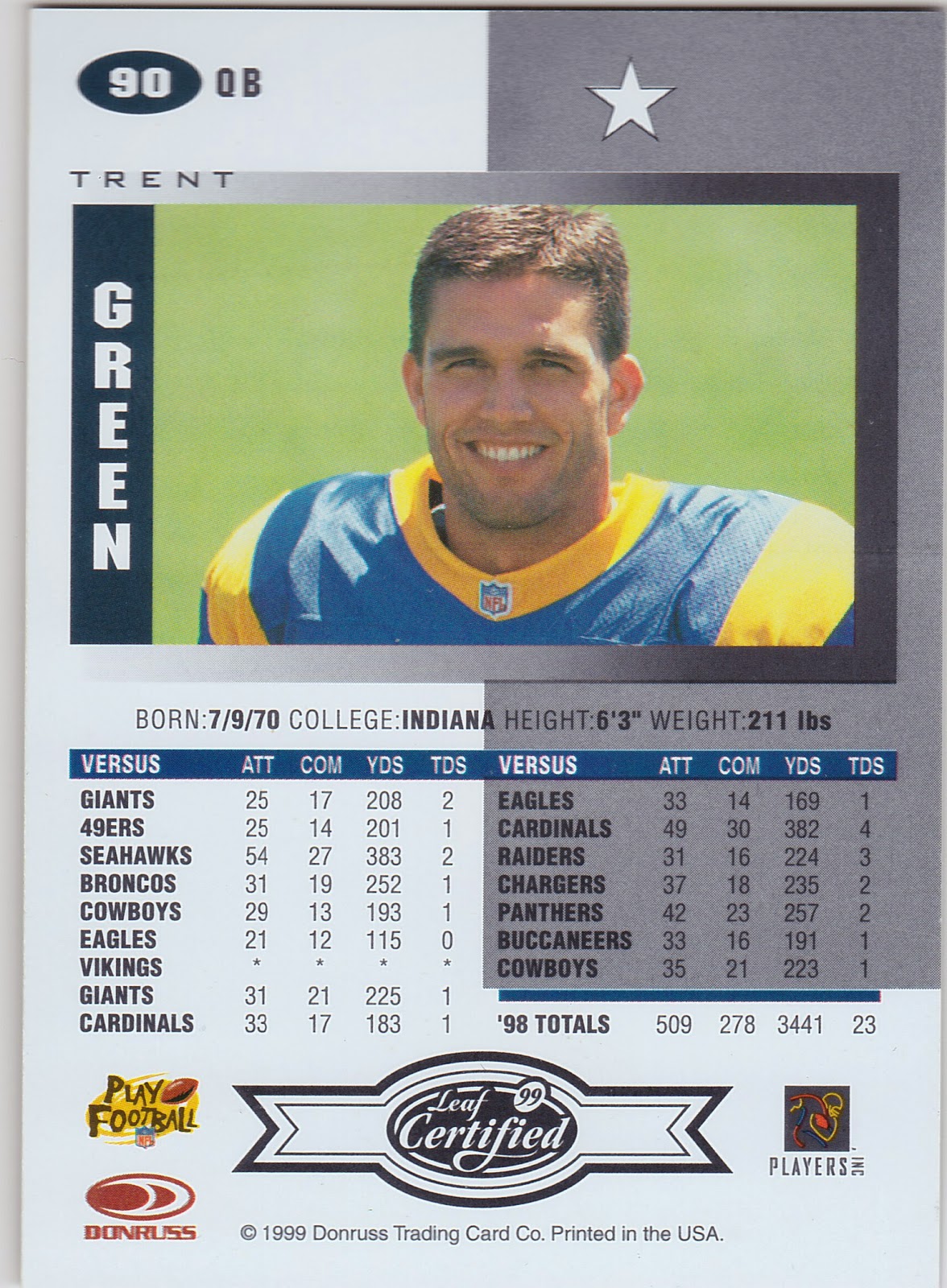 NFL Info: Trent Green was drafted by the Chargers in 1993 out of Indiana but never played for them. After a year as a backup he played in Canada and then returned to play for the Redskins and won the starting job there in 1998. But the following season he moved to the Rams and was slated to start for them until he was hurt in the preseason and the job went to the then unheralded Kurt Warner who took them to the Super Bowl. In 2000 Green returned the favor and played well during a long stretch as a sub for the injured Warner.

He was traded to the chiefs and from 2001 through 2005 he started every game for them. A series of concussions hampered Green throughout the next three years as he played for the Dolphins and Rams (again) before retiring. He has worked as a color analyst for several networks in recent years and is currently employed by NBC.

Fantasy Impact: I had Green on my roster only once, as a back-up to Kurt Warner in 2000. He filling in very nicely when I used him for the month and a half that Warner sat out. He actually outscored Warner on a per game basis for me that season. I took my division but was KO'd in the playoffs with Warner back as my qb.

The Card: This is a pretty hum-drum card with the sort of chromy front that makes it look really crappy when scanned. In fact I'm picking up a replacement card when I get the energy to scour eBay for something better. Meanwhile this will do. The back of the card has Green's game-by-game stats for the 1998 season. I'd always prefer career stats. Another reason to replace it.
Posted by Commishbob at 6:00 AM