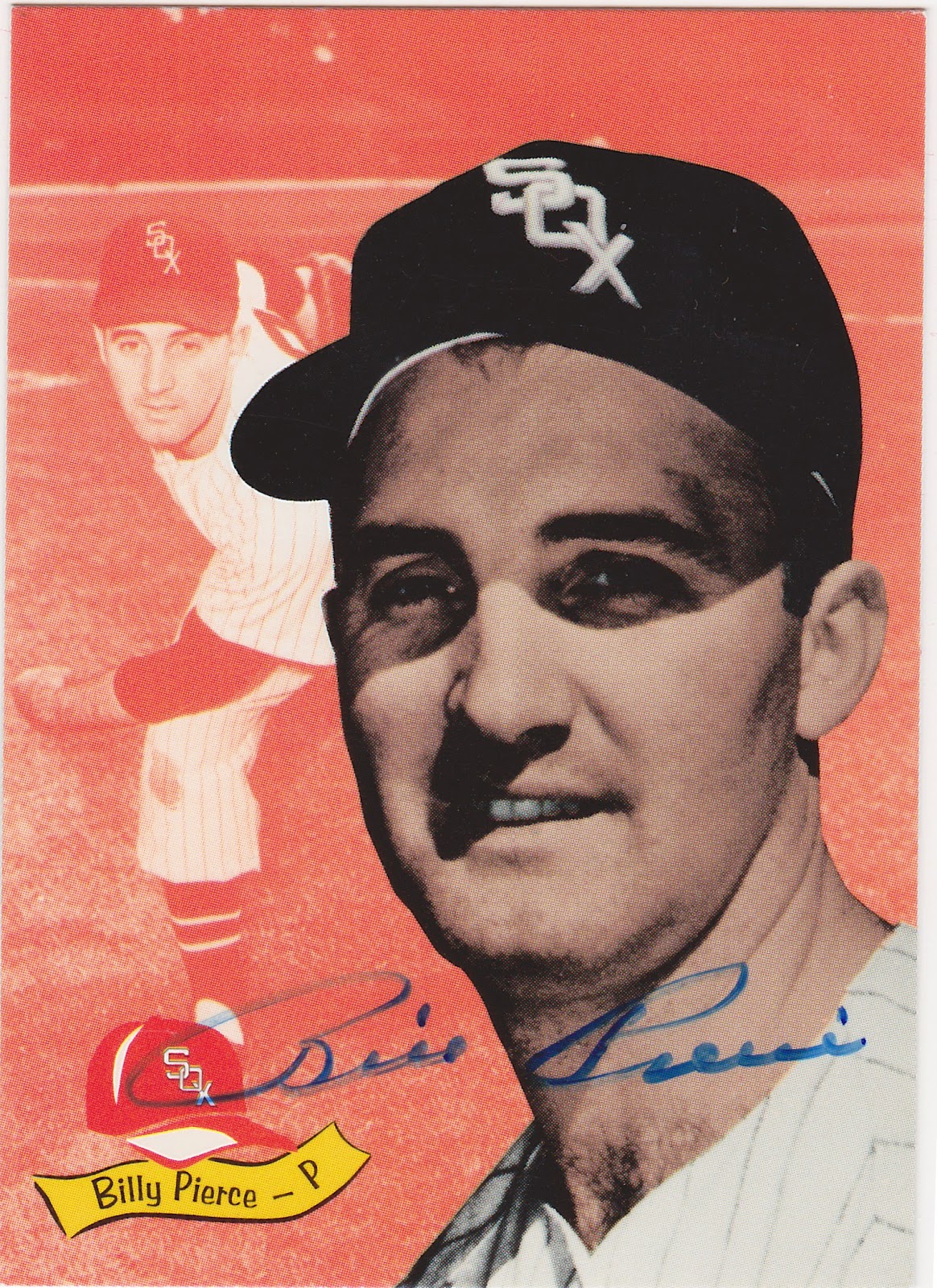 I haven't posted much from my Billy Pierce collection recently but here is my latest oddball addition. Lemon Chill sponsored a stadium giveaway set at New Comiskey each year from 1998 through 2000. the 1998 set featured Sox players from that season but the '99 set mixed in players from the Sox' 1959 A.L. Champion club.

I have no idea how these were given away, whether it was done throughout the season or all at once. The back of the Pierce lists his as "Card 2 of 5 1959 Series' but I've read that the set was unnumbered so make of that what you will. The other '59ers' that were included were Al Lopez, Al Smith, Jim Landis. The fifth card of the 1959 series group is a mystery to me. The checklist has only the above four names with the rest being '99 Sox players and coaches. But the 'Team card' may be of the '59 Sox. I wasn't able to spot it online anywhere.

The Pierce uses familiar photos on the front and has his 1959 stats over a vintage picture of old Comiskey on the back. It's signed but Pierce is a voracious signer so that's not surprising. Adding odd Pierce cards is fun but I came up with a great vintage item that has been more or less a 'White Whale'. I'll post that soon.
Posted by Commishbob at 5:30 AM