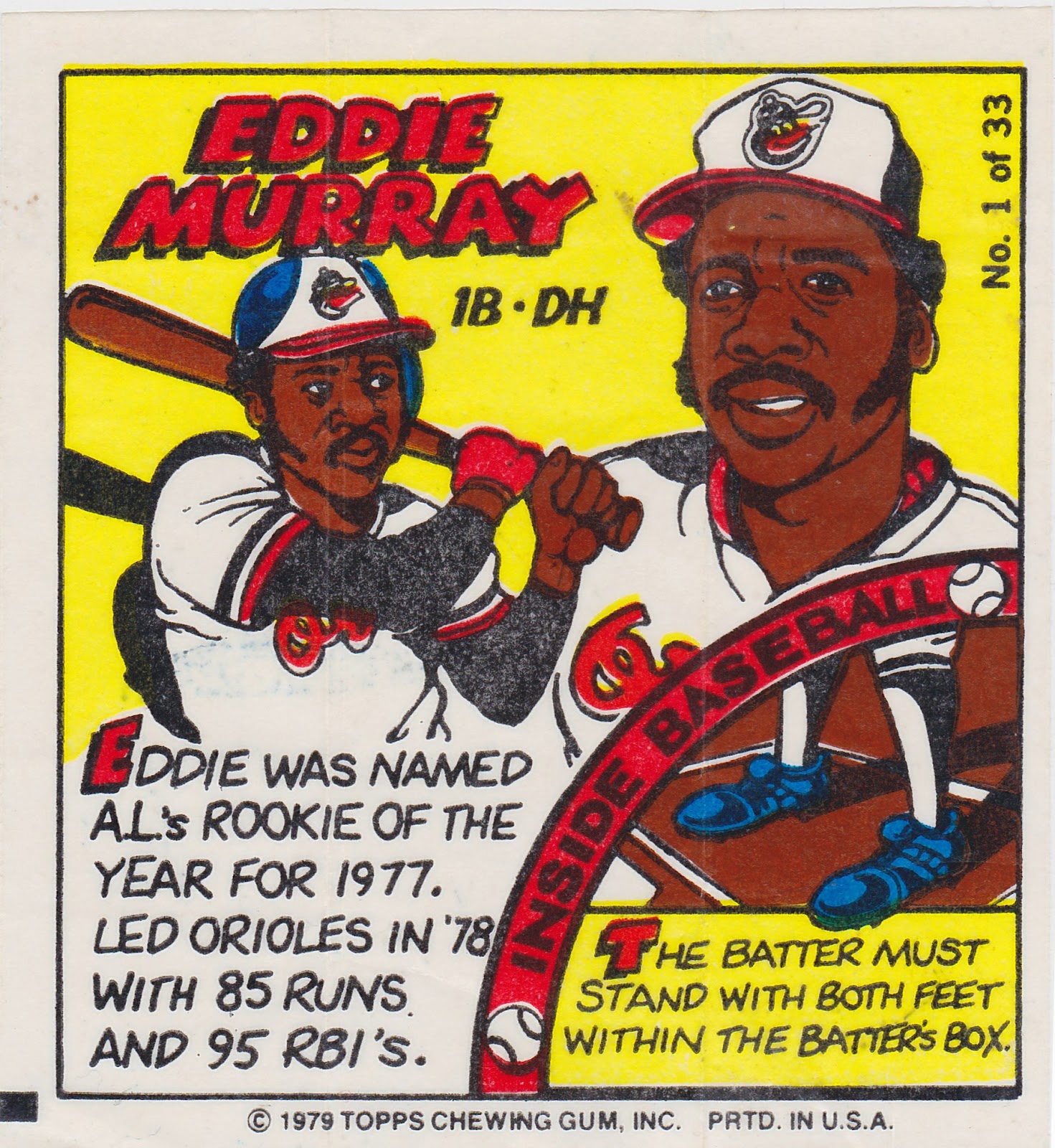 I meant to make this part of yesterday's post but I forgot to add it. Like the Cuellar comic booklet this Murray is the only example of this 1979 Topps gum insert comic. The set included 33 different comics and they were found folded around a five cent hunk of Bazooka bubble gum.

All the comics follow a similar format, two drawings of the player, a short set of player info and a game rule illustration entitled 'Inside Baseball'

They've been blogged in other places before so I won't get into them very deeply except to say that the comics were printed on the same type of waxy paper that the Bazooka gum was always wrapped in, the same stuff that they printed the Bazooka Joe comics inserts on.

Mine has folds and most of the examples you find for sale or auction have them as well but I also see more pristine examples and those are usually seen with the outside wrapper still as part of the whole thing. I'm sure someone with knowledge of the Topps process could fill me in. Here is what I am referring to: 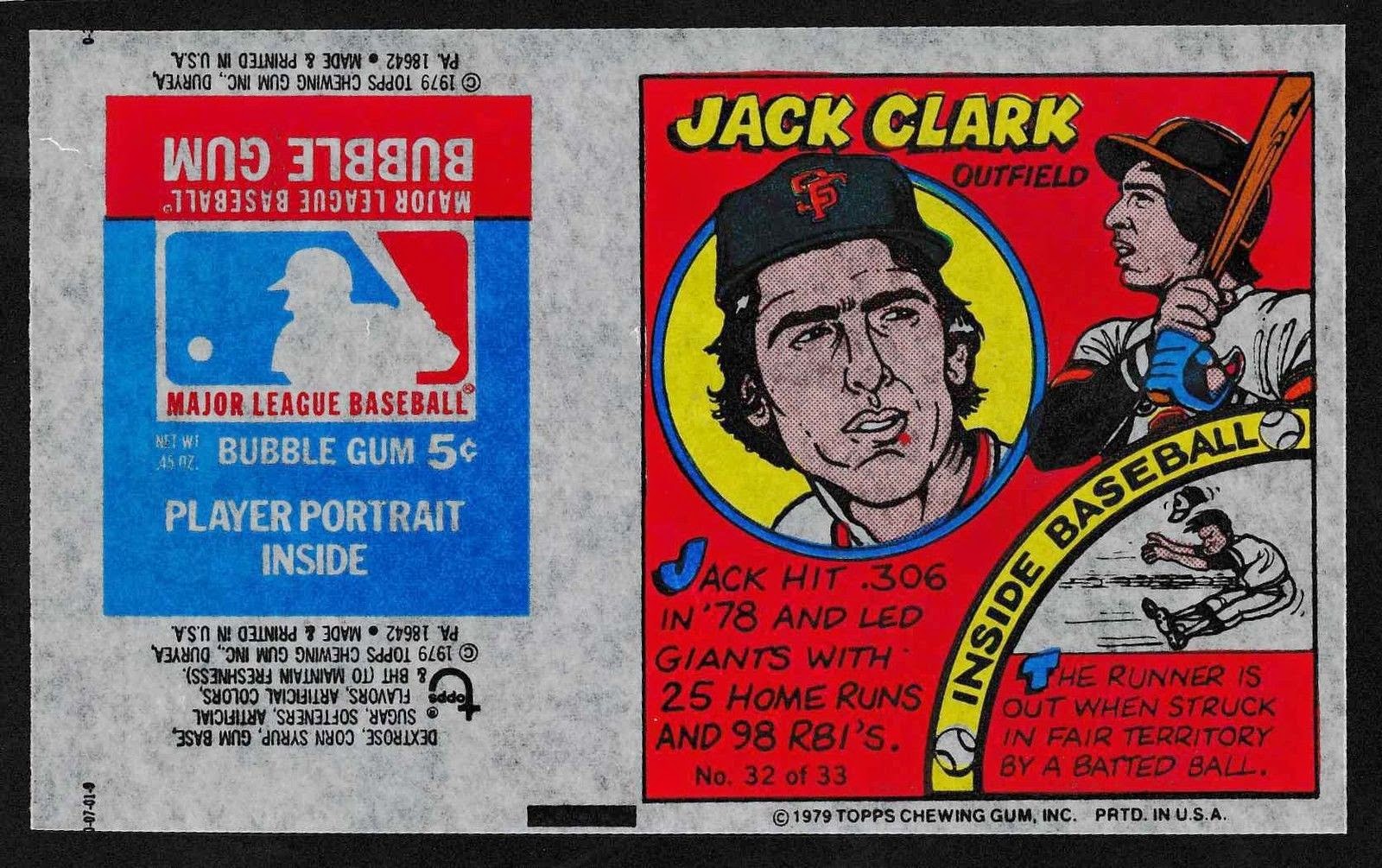 Those two were on eBay. I've seen this listed as a 'test' issue but they are pretty easy to find and not very costly. Maybe 'limited' is a better term than 'test'. Again, I don't know the specifics of the distribution and I don't recall seeing them when they were issued as I was just beginning to 'reawaken' as a collector around 1979.

The checklist is much stronger than the one that was compiled for the 1970 comic booklets. Each team has at least one representative with the Red Sox, Tigers, Yanks, Braves, Reds, Dodgers and Giants having two each bringing the total to 33.

You can see each of the 33 here in a large format gallery.
Posted by Commishbob at 5:00 AM