Putting together mini collections is kind of fun. No, not mini sized card collections like Night Owl has (although that's fun as well) but little bitty theme collections and small subsets out of big sets. The inspiration for these things comes out of the blue sometimes and sometimes from other blogs or from a card I see on the net.

My latest of the tiny theme type collections is "Favorite Player From Each Original Six" hockey team. It was going to be just six cards. But I couldn't always decide one one card of a player and I had no chance on deciding on my favorite Rangers player so the collection actually is a few more than 6 plus a bunch of Rangers. 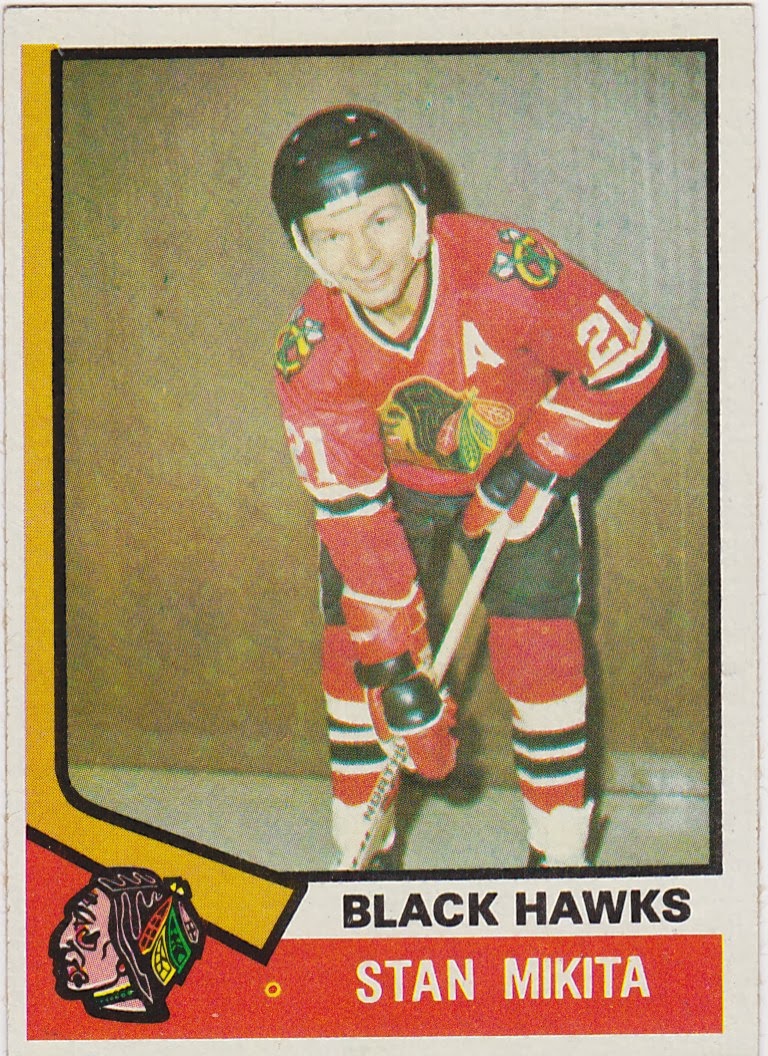 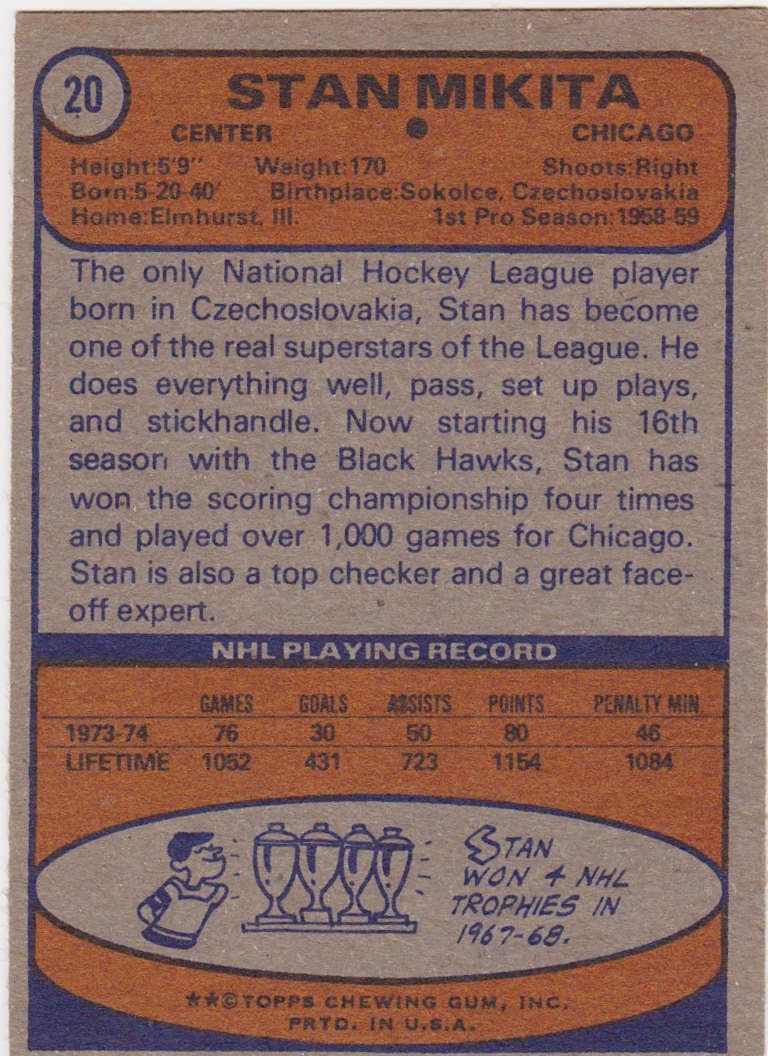 Back in about 1969 or 1970 a buddy and I went in to Manhattan from New Jersey to watch the Ranger play the Black Hawks on a Sunday afternoon. When it was over we did what we could never do after an evening game. We went and stood on the Eighth Avenue curb outside Madison Square Garden near the Black Hawks' charter bus hoping to spot players. I ended up getting Bobby Hull to sign a game program along with a sig from Tony Esposito. Bobby Hull, as was his custom, stood outside the idling bus and signed for every kid that asked while the rest of the team sat and waited in their seats.

I'm guessing that if they had a complaint they kept it to themselves because a) Bobby Hull was their meal ticket and they knew it, and b) if they said anything he was quite capable of kicking their ass without too much effort. Hull was that not known as a fighter the way Gordie Howe was, but he was a guy I bet nobody would want to mess with. The thing was, as much as I admired Bobby Hull, the guy on the Black Hawks team I really wanted a signature from was Stan Mikita.

Maybe a old time Black Hawks fan could help me here but I always got the impression that Mikita was to most popular guy among their fans. He was tough, fast and talented. He was as good a 'faceoff guy' as I've ever seen. And he used a wickedly curved stick, which we thought was very cool. He played with 'flair'. And he definitely stood out when he took to wearing a helmet on ice in a time when not very many players would.

I thought so much of him that I never held against him the fact that when I saw him sitting in a window seat on that bus he totally ignored me when I tapped on the glass. At least, since the window was closed, he didn't have the chance to slam it closed like a couple of the other players did. My friend lost a program when Dennis Hull (we think) closed his window and trapped the program in it.

But back to that card. Ol' Stan is decked out in full gear posed in front of a paneled wall with his skates planted firmly on linoleum tile. How damn awesome is that? This set is just chocked full of 'hallway' poses with players in full body shot or portrait in front of what appears to be a painted wall, paneled wall or brick wall. There are some action shots but it's these card photos that look like they were taken in the basement of Mount Sinai Hospital that make this set fun. I believe I have at least one more to show later in this series of posts. 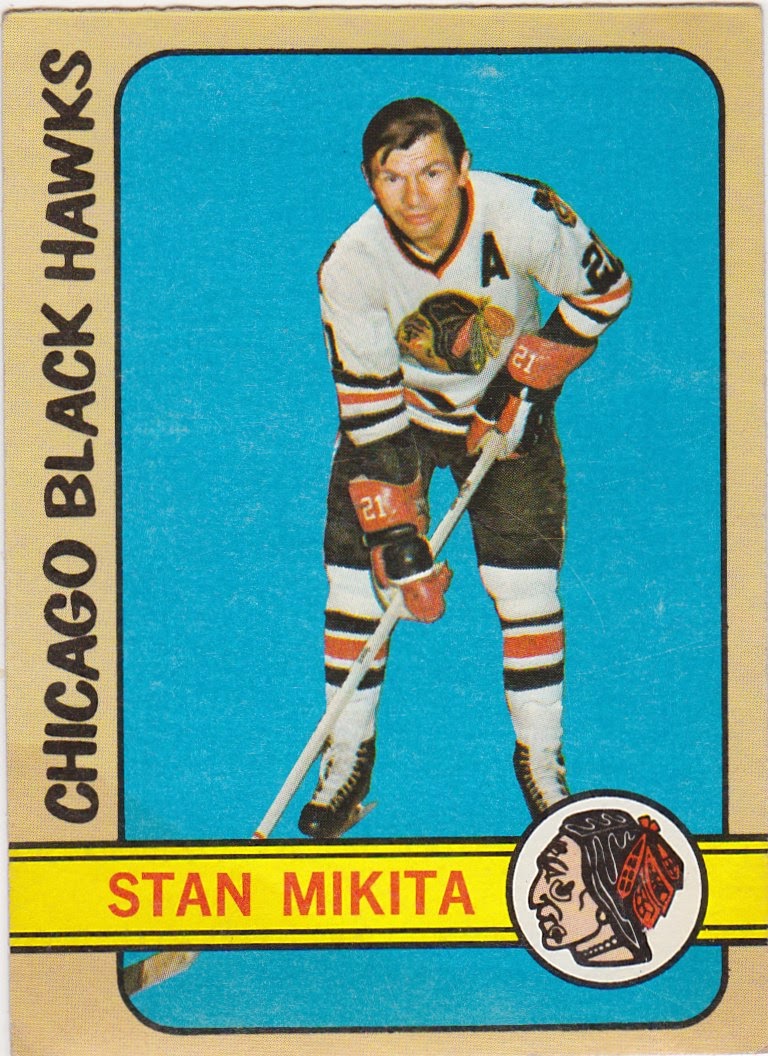 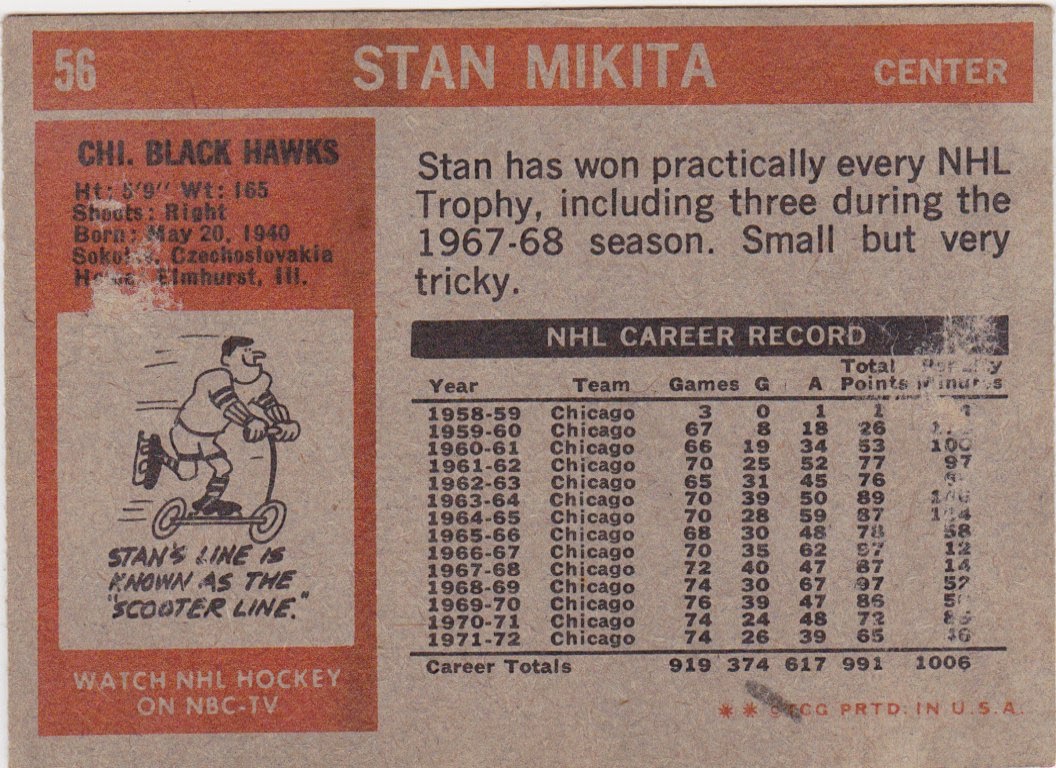