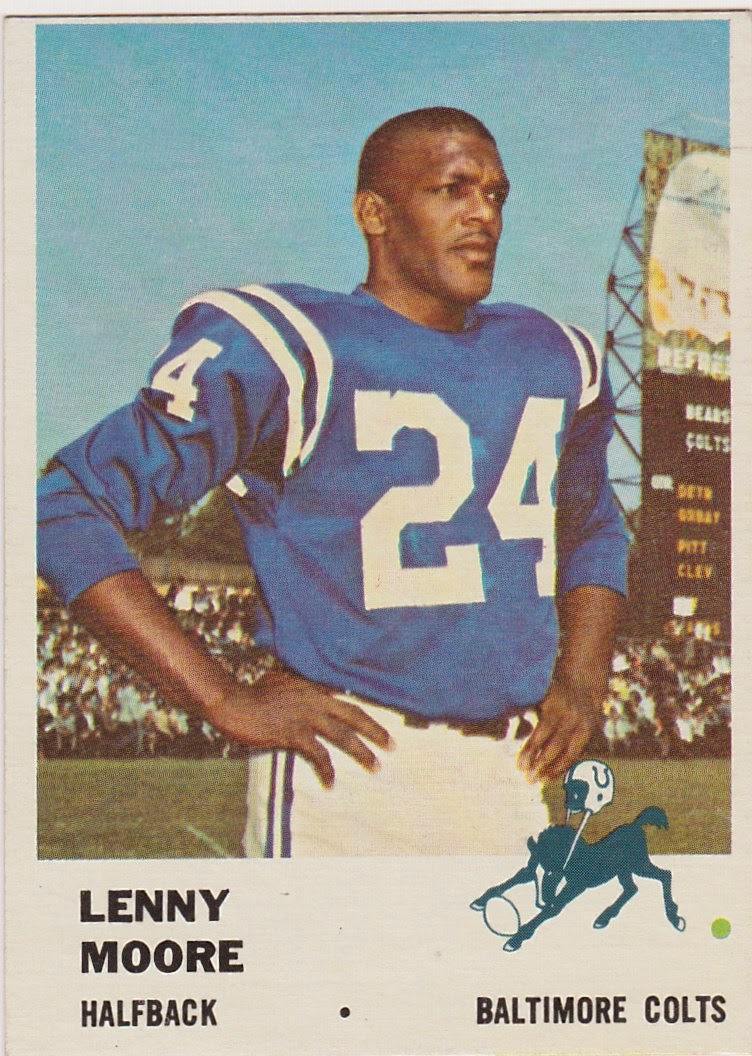 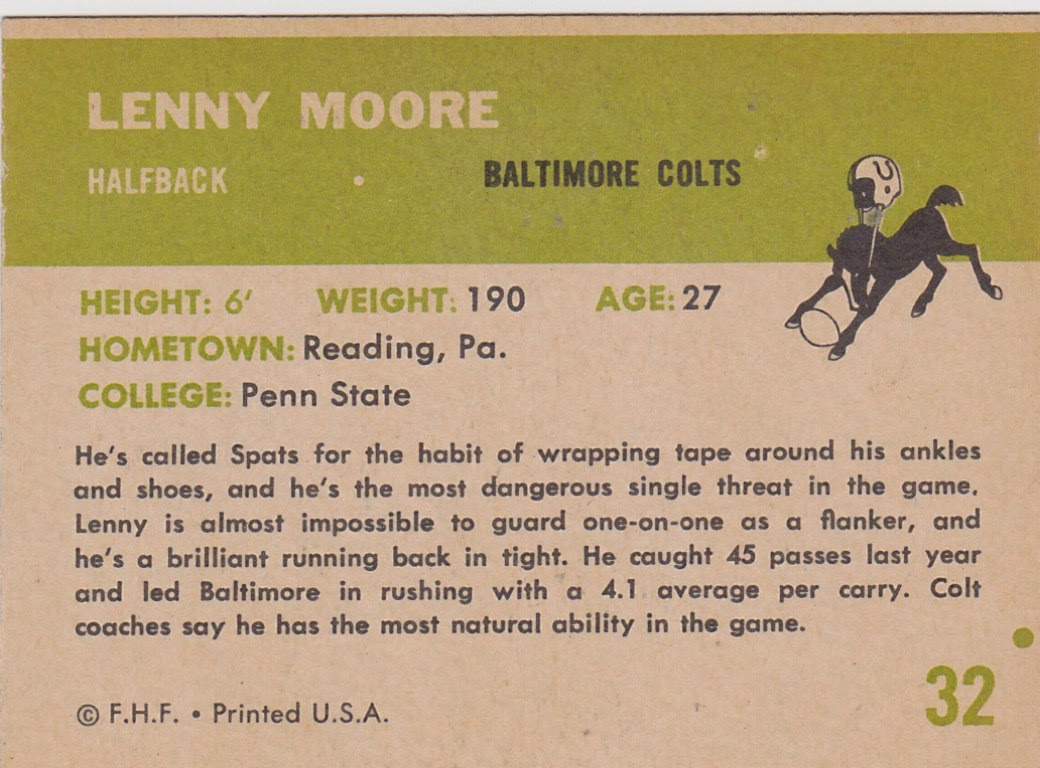 I'm not sure now much better a football card can get. Great design, great player, great picture. Lenny Moore stands, hand on hips, wearing the iconic Baltimore Colts blue and white uni (note that the 'UCLA' shoulder stripes go all the way around the sleeves, just as God intended), with the Memorial Stadium crowd behind him. Just a slice of the great old stadium's original scoreboard shares the picture. That scoreboard just makes this card!

Using the games listed on the scoreboard I can date the shot. On October 2, 1960 the Colts hosted the Bears while the Lions were in Green Bay and the Steelers were in Cleveland. The Colts ran over the Bears that day, 42-7. Moore touched the ball six times. He carried twice for ten yards and caught four passes from Johnny Unitas for 140 years and two touchdowns. Typical Lenny Moore performance.

Moore was at the height of his career in the early 60s. He was a duel threat being able to line up as a halfback and carry the ball or playing out wide as a receiver. In those days his spot was called 'flanker' and he lined up off the line of scrimmage, normally on the same side as the tight end. Nowadays the spot is called the 'Z' receiver. I'm not sure who to compare him to among current NFL players. Eric Metcalf, now retired for about a decade, was a rb/receiver with Lenny Moore-like skills. Metcalf., like Moore, was accomplished as a return man as well.

Moore used to use white tape on his shoes and ankles which led to his 'Spats' nickname. All I knew was that he just so damn cool. I might have worshiped Johnny Unitas, prayed for him every Sunday in church during football season, but Lenny Moore was the guy who brought Colts fans like me right out of their seat. 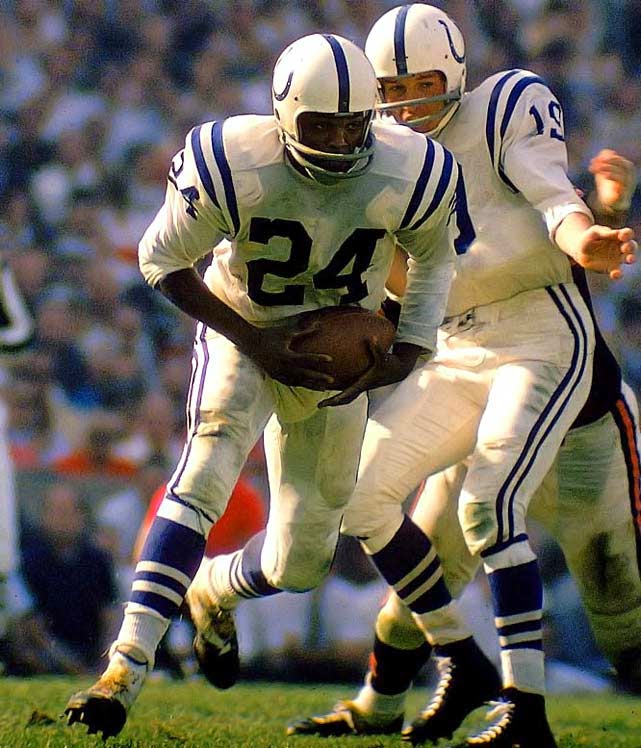 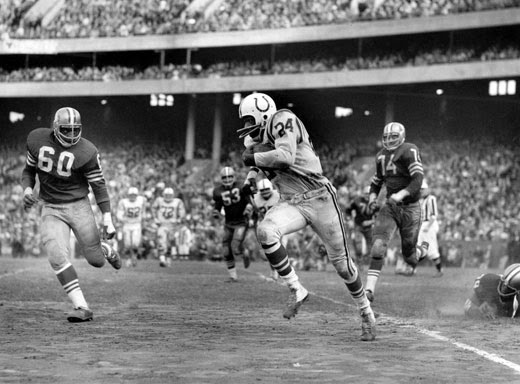 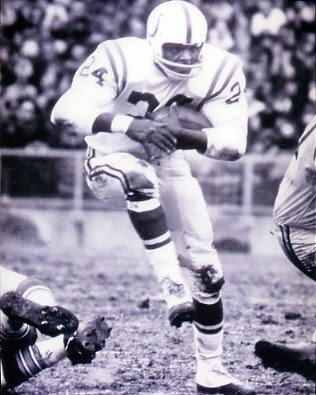