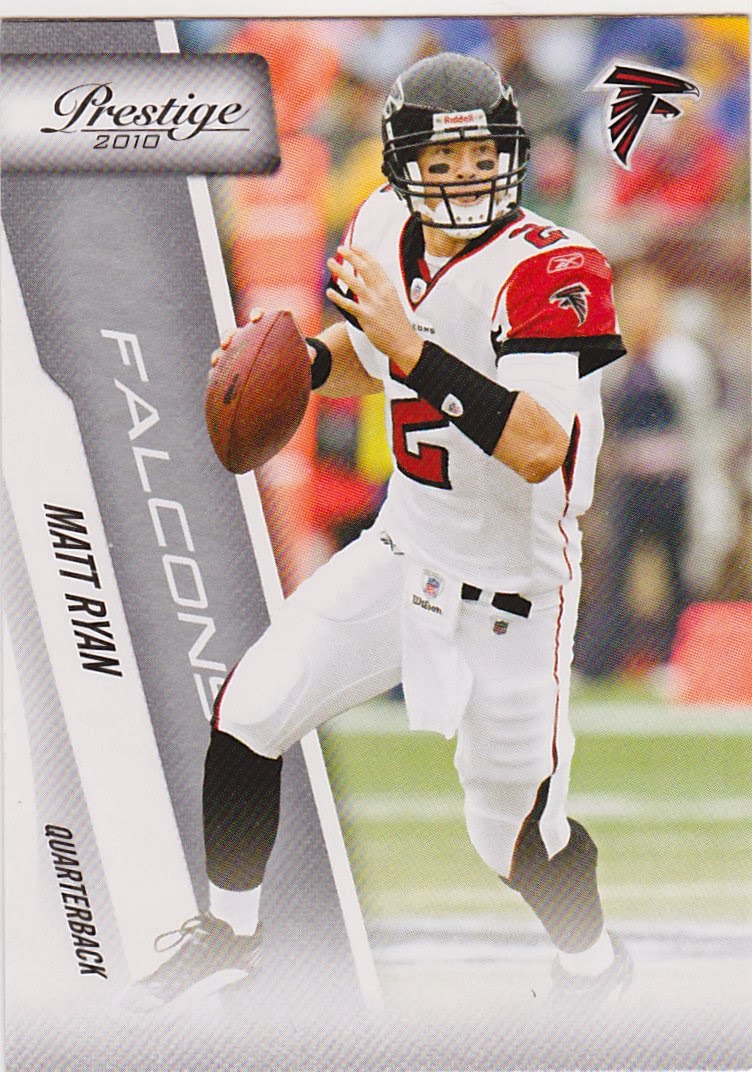 NFL Info: Matt Ryan, aka "Matty Ice", was drafted in the first round as the third overall pick in the 2008 NFL Draft after playing college football for Boston College.

In 2007, Ryan led BC to an ACC Atlantic Division championship and was named ACC Player of the Year. During his rookie year, Ryan started all 16 games for the Falcons and led them to the playoffs with an 11-5 season record. He has also earned honors as the 2008 NFL AP Offensive Rookie of the Year.

He's been the Falcons' starter since he was drafted. Last season he agreed to a five-year contract extension worth almost $104 million with the Falcons. On December 30, Ryan surpassed Steve Bartkowski for the all time franchise leader in passing yards.

Fantasy Angle: I have five league titles but I am quite capable of doing stupid things. Prior to the 2013 draft I traded Peyton Manning for Ryan and a mid-level draft pick. At the time my thinking was: both are rated about equal (Manning was ranked #6 among QBs on my cheat sheet while Ryan was #8), mid round picks are gold to me, and Manning is one hit from a career ending neck injury. The reality was somewhat different as I now know. I'd have fewer regrets with dealing Manning (despite his monster season) if Ryan had continued in 2013 putting up numbers like he did in 2012. But his O-line sucked, he had a decimated receiving crew and he generally played like crap. Even so I don't know if the differences in numbers really cost me more than a game, maybe two. But in a 13 game season two games can mean the world. I lost out on a Wild Card berth on a tiebreaker. Live and learn.

The Card: Lots of stuff going on here. The brand logo is pretty big, the picture is a pretty good action shot but the 'fog' effect is pointless. The team name could be narrower but on the plus side there is a team logo and the back is done in team colors. Only one year of stats plus career totals. How about using a different pic up there? Maybe a portrait shot?

2013 is the only year I have had him but I used this three seasons old card for Ryan because my others were all from sets I already had in the binder. Variety sometimes wins out over year. And overall it's not 'ugly'. 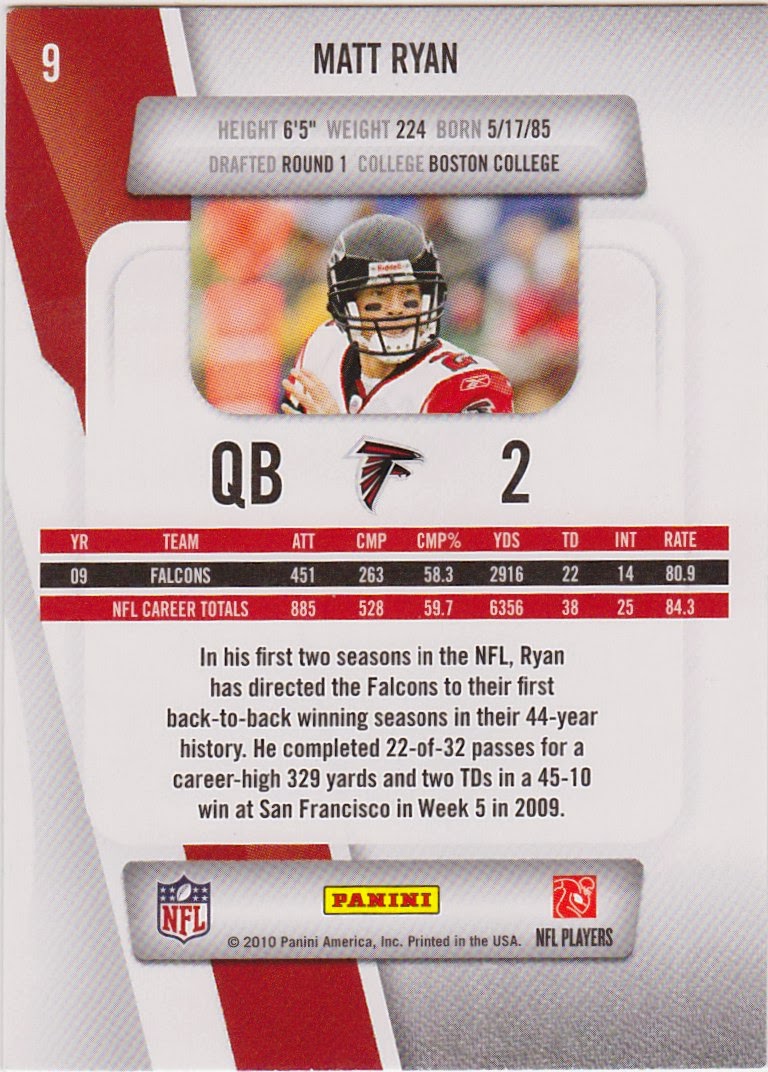