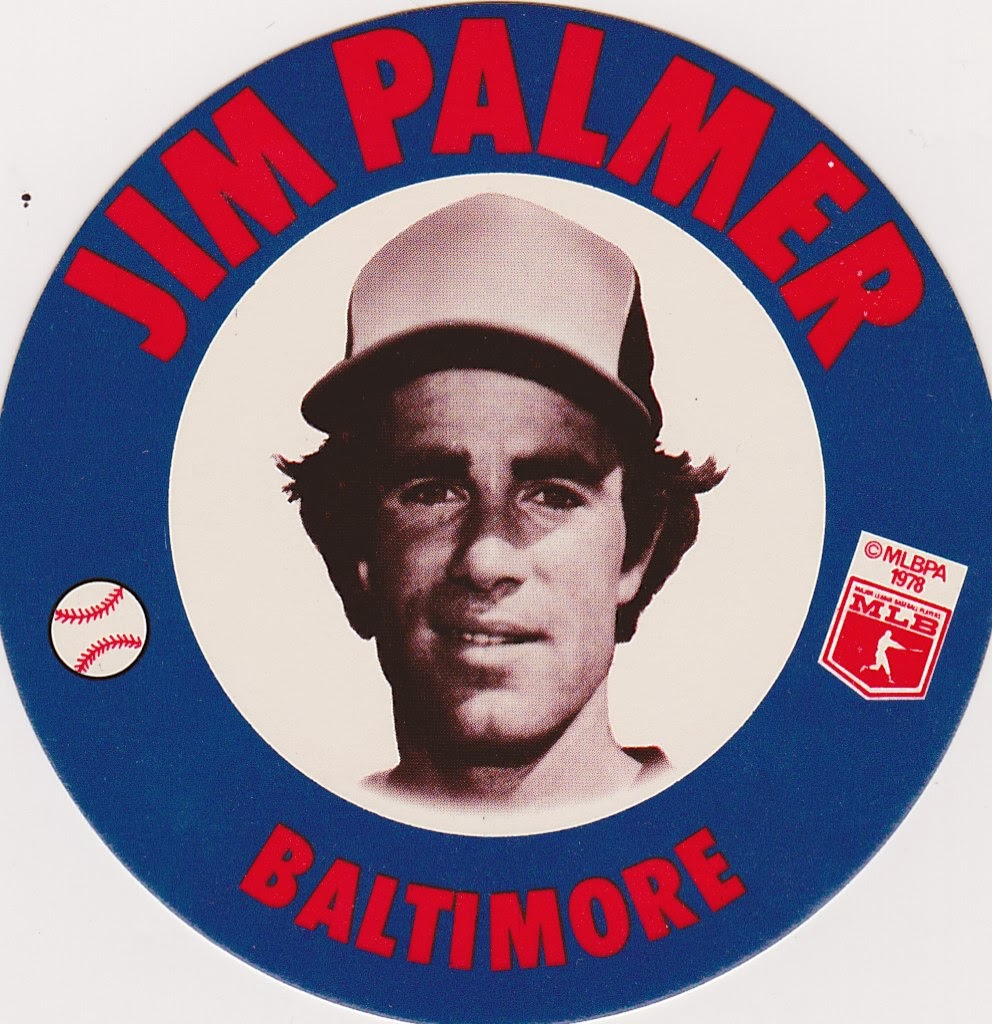 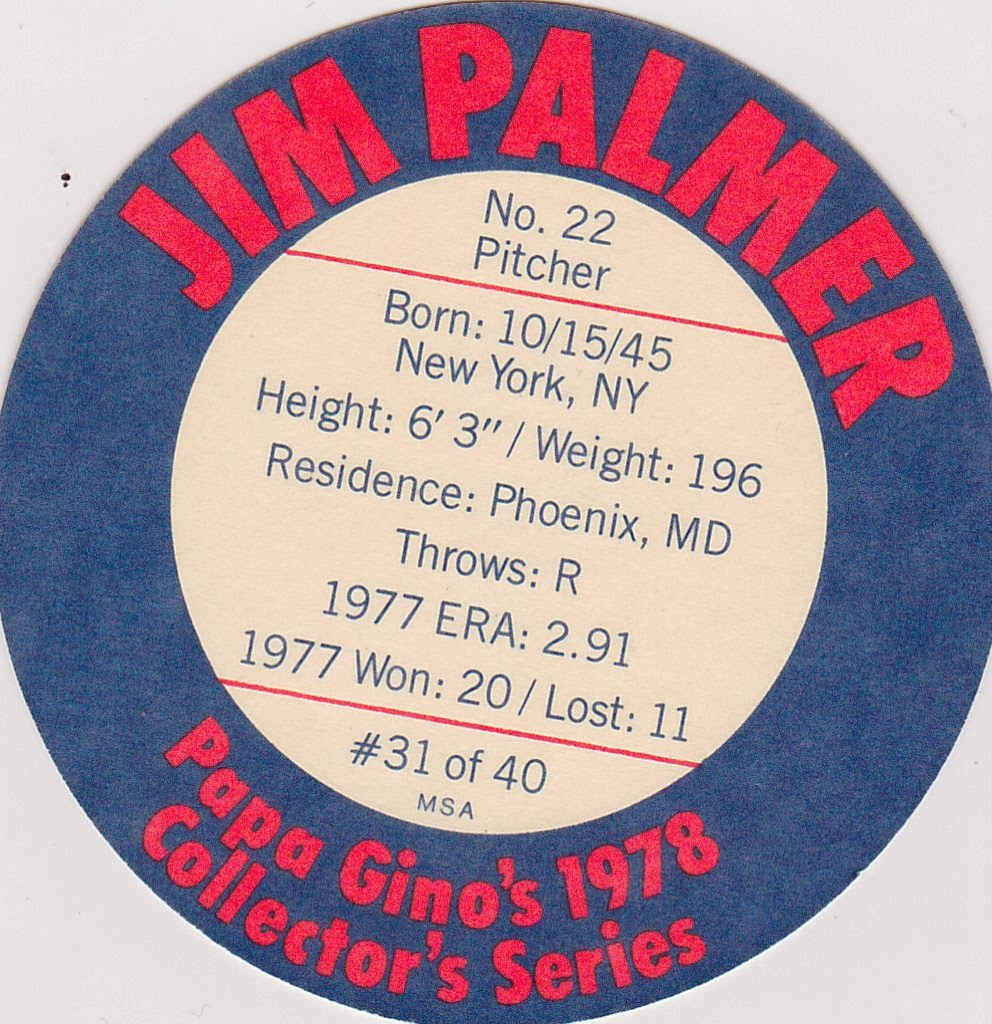 1978 Papa Gino's disc, Jim Palmer version. 1978 Collector Set of baseball discs were given out by Papa Gino's Pizza Restaurants. There are Gino's up around New England according to the website.

40 disks made up the set that year. My scanner hates stuff like this with a passion. It turns them slightly (htf does that ALWAYS happen? LOL) and cuts off left and right edges of the disc. If it was a better piece of memorabilia I'd go back and re-scan it with different settings or in a rigid sleeve to hold the damn things still but that's too much work for a scan of a Papa Gino's disc.

They measure 3 3/8" across. They are MLBPA items so the pics don't show logos on caps and only the city is used, not the team name. How many times have we seen this same Jim Palmer photo used on similar items? There were more Red Sox in the set than any other team which makes sense given the location of Papa Gino's outlets. Here is the checklist:

Allen Ripley? Really? Anyway here is a picture of the whole set from an eBay BIN sale. The set goes for $20 to $25. Knock yourself out. 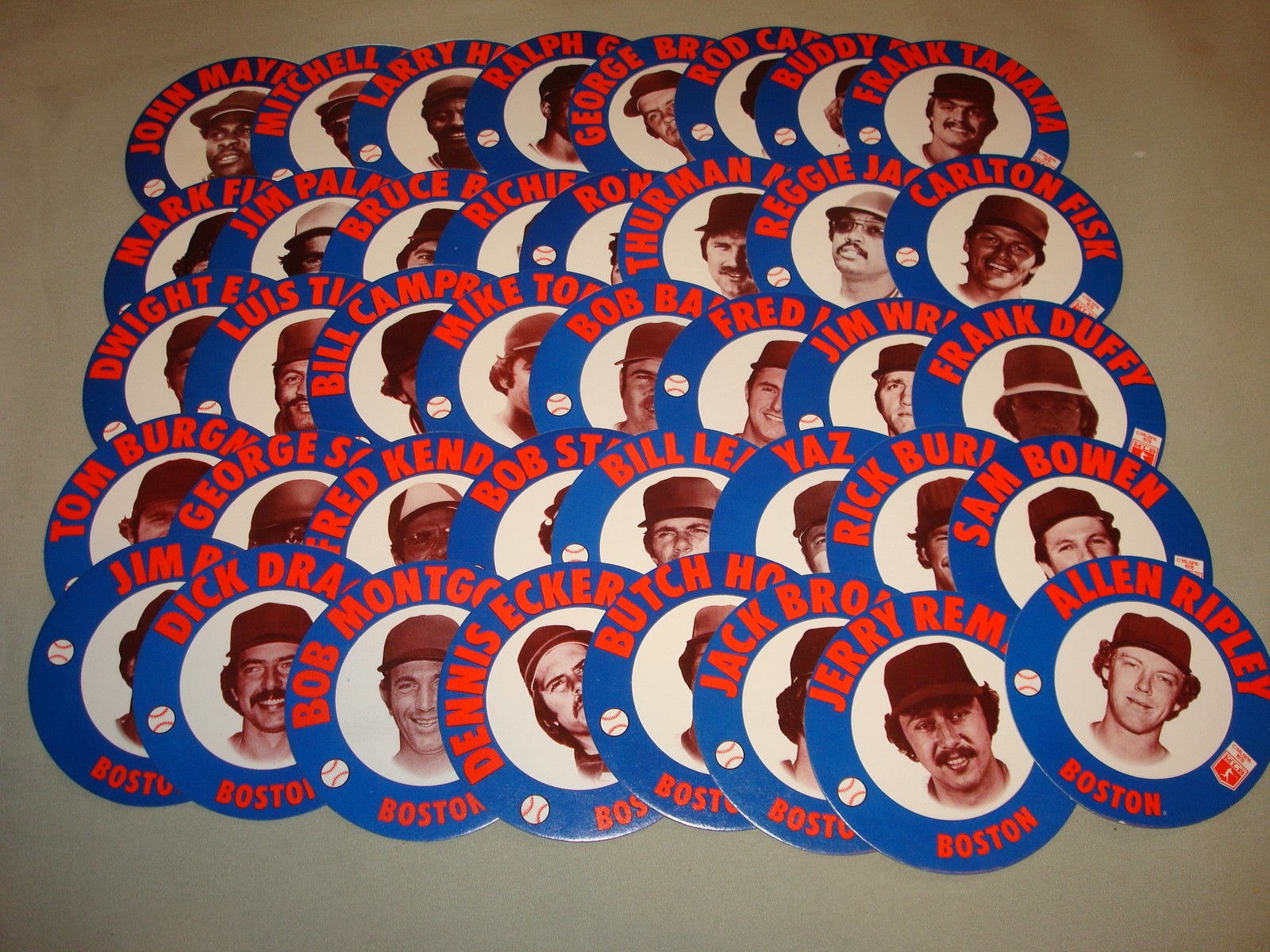