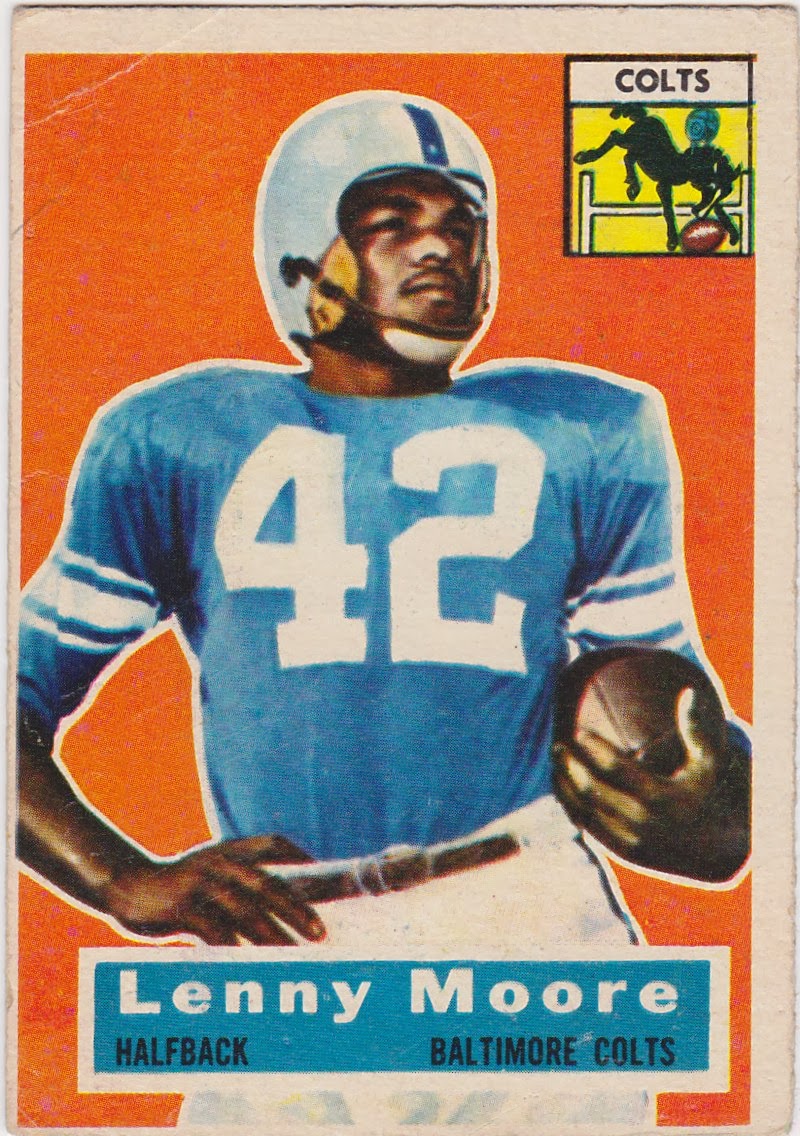 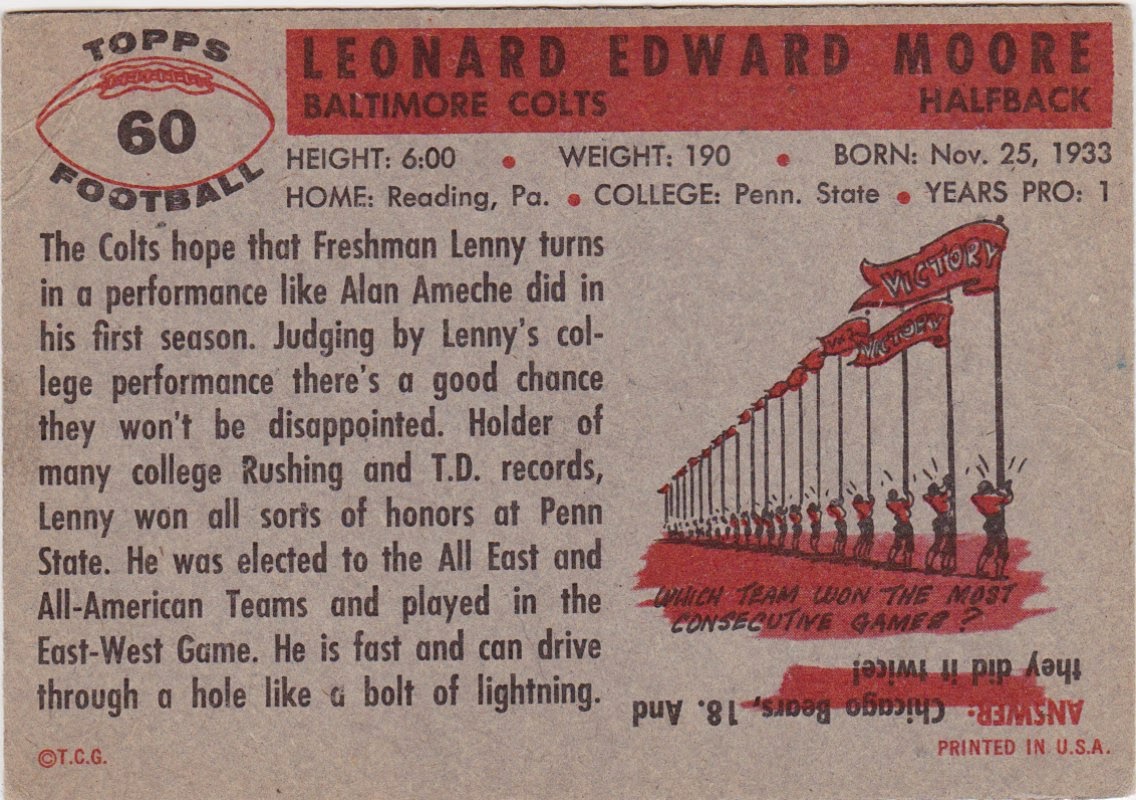 I'm a big Lenny Moore fan. I was too young to appreciate him in his early years with the Colts but as he played into the mid-60s I got to see some of his amazing talent on display. Lenny is still around and I think he still does card shows. I met him once at a function in Baltimore that my uncle took me to and he was a super guy when visiting with all the guests.

I had my eye on this card for quite awhile. Graded copies were too expensive and I never found a reasonable ungraded one that wasn't beaten all to hell. Finally this one popped up online some time back as a buy-it-now on eBay for only $15. It was in better shape than a lot of the examples I've seen for much more. From what I understand the Moore card is notorious for having centering issues which is one reason a nice conditioned graded one is out of sight price-wise.

This is a cool card from a fun set but it isn't my favorite Lenny Moore card. I just picked up that card recently and I'll post it next week. I'll save most of my Lenny Moore chatter for that post.

The 1956 Topps football set ranks behind the 1955 Bowman in my mind but it has a lot going for it. The set includes 120 large size cards, which measure 2 5/8" by 3 5/8". I read someplace that vending machines that sold the cards had larger cards. I may be hallucinating that because I can't find where I read it.

The cards were issued in a single series, but the Redskins' and Chicago Cardinals' cards were printed in smaller quantities. An unnumbered checklist was also issued and five unnumbered 'contest' cards as well. The contest cards were to be filled out (with game scores) and sent back for prizes. That are very tough to find as I'd guess most kids either tossed them or sent them in. The checklist is tough, too. Team cards were included for this first time in a football set.

I've got a dozen of so out of the set but I don't see myself chasing the whole thing. I would like to finish off the Colts in the set and maybe pick up a Tittle and Layne. If I was to try completing a '50s football set the '55 Bowman would probably be the one.

I have some of the Hall of Fame players from the '56 Topps which I will save for another post. Meanwhile here are some other Baltimore Colts from the set that are in my collection. 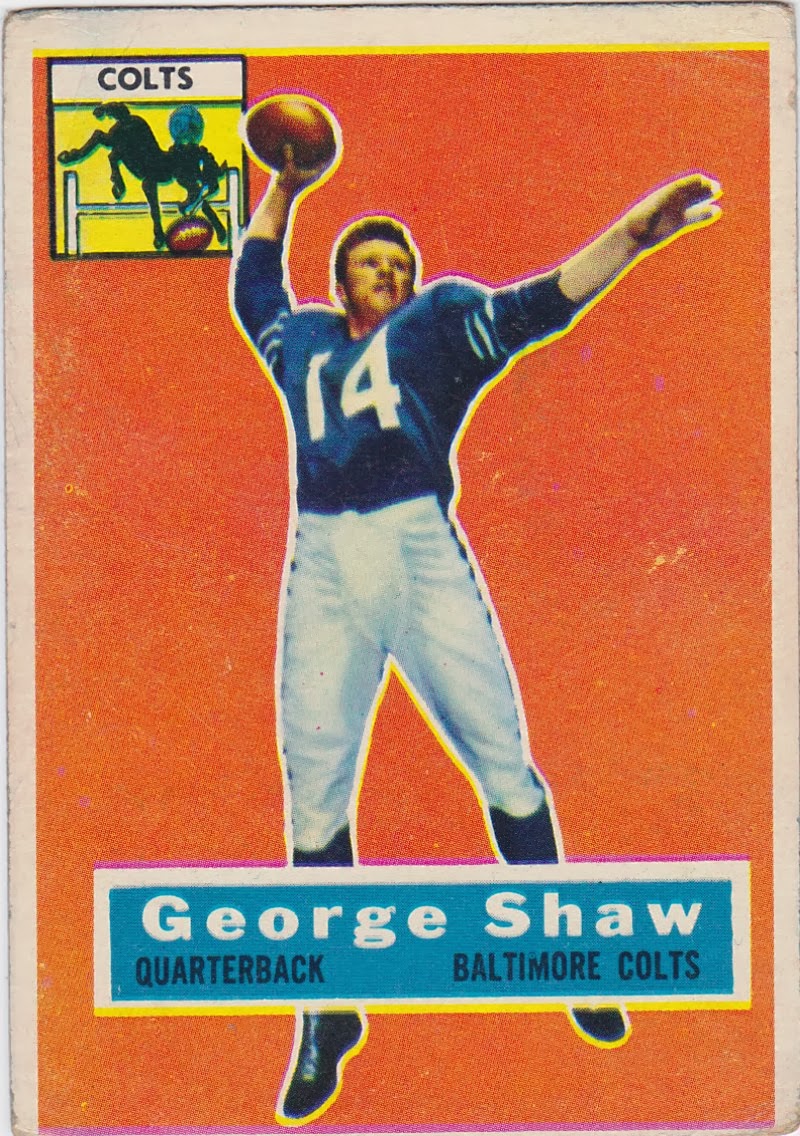 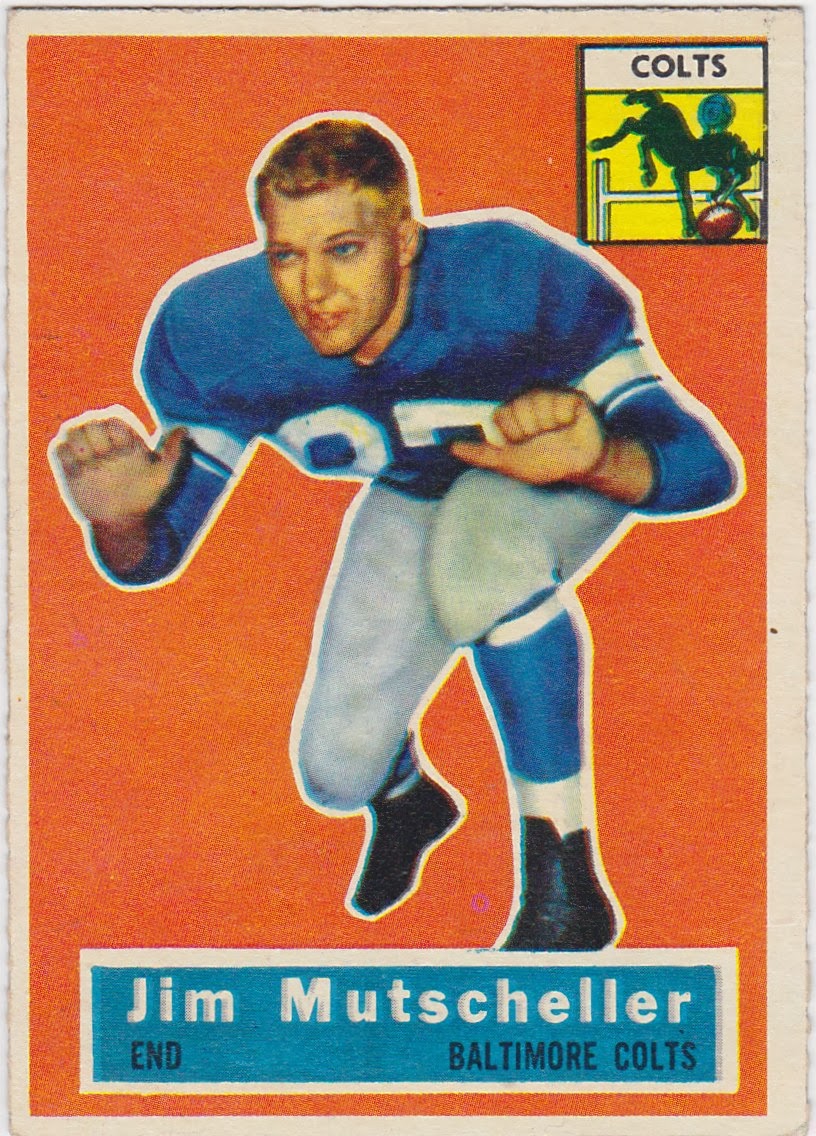 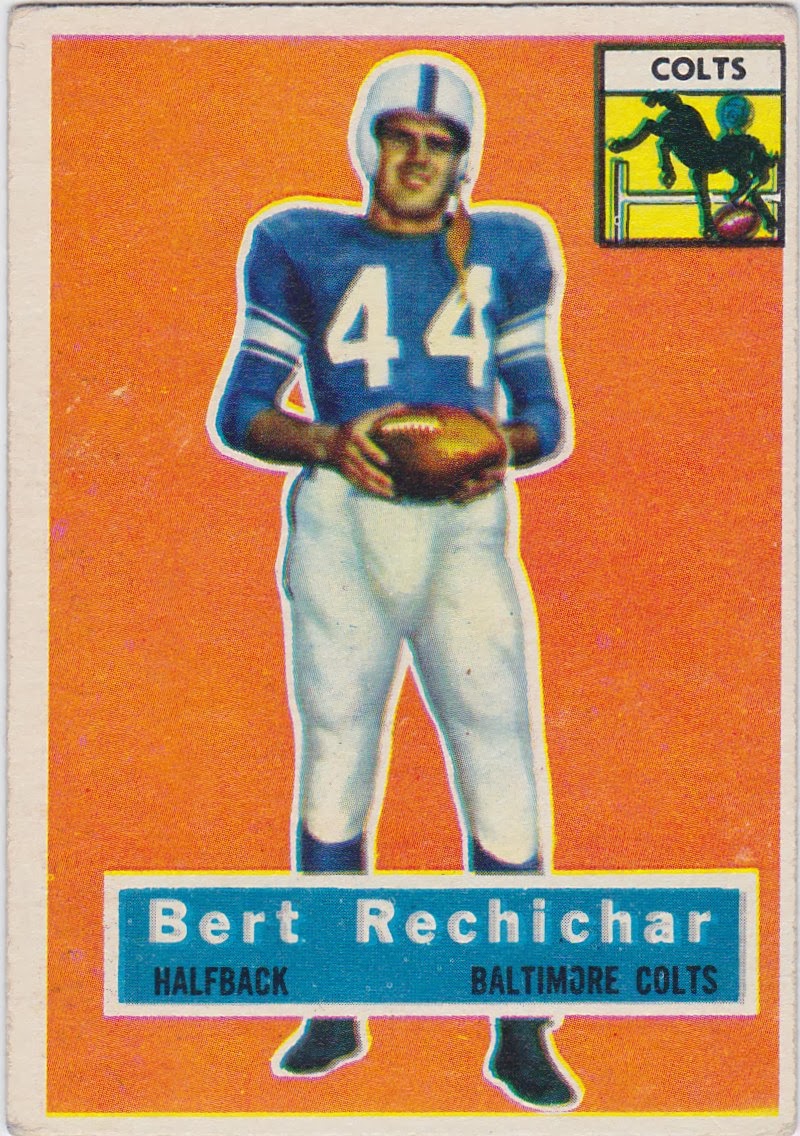 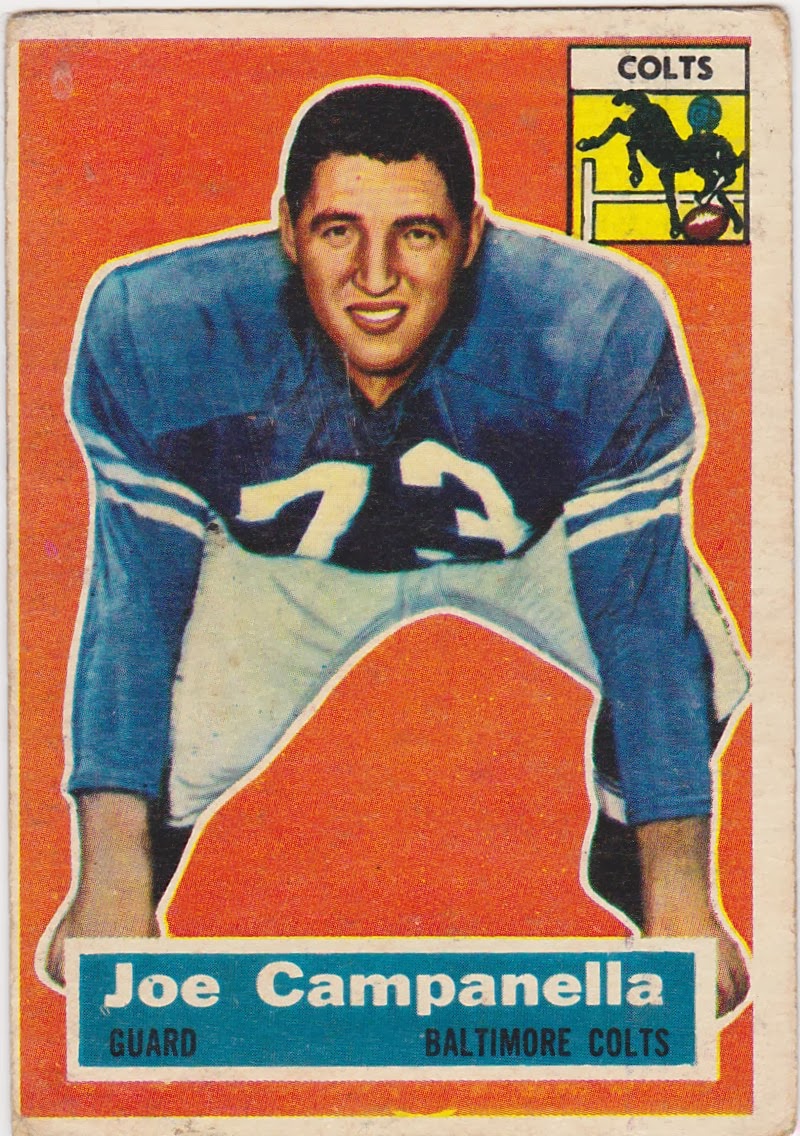