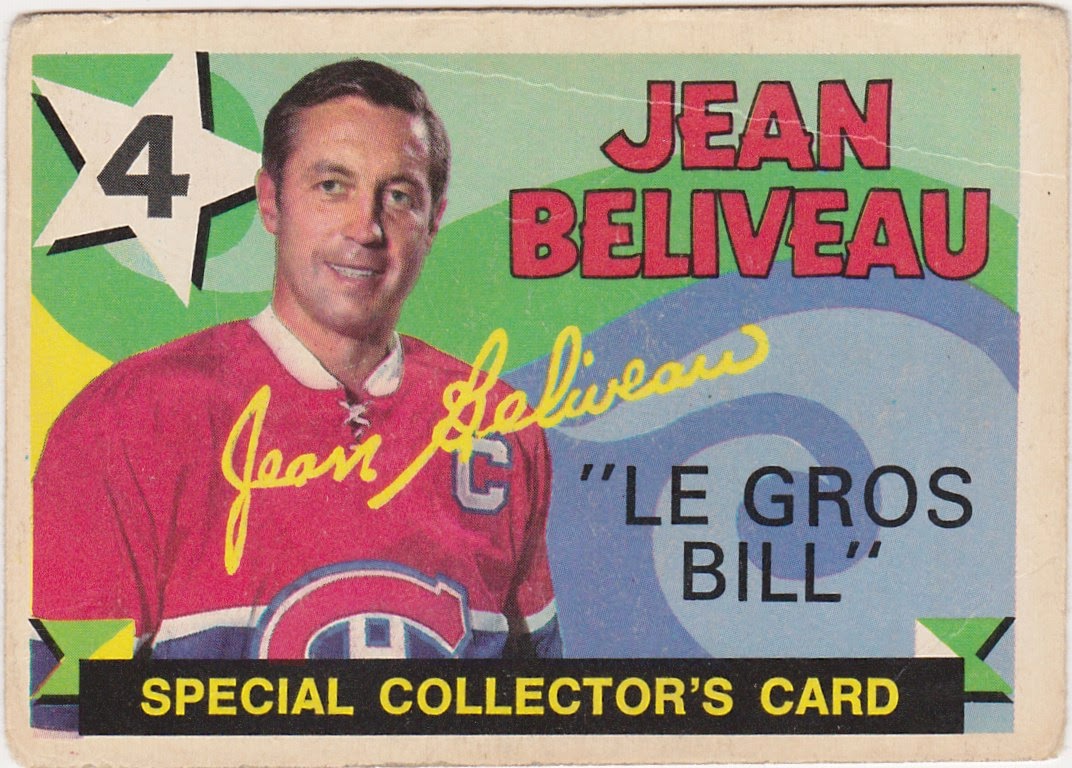 Jean Beliveau is one of the most revered players to ever skate in the NHL. Montreal loved him and still does as far as I can tell. Supposedly, as a young player in the Quebec amateur leagues, Beliveau was reluctant to be bound to the Canadiens as his only option for a pro career but Montreal decided to just buy the league Beliveau was in and in essence bind him to play for them.

I've read that story four times today and in each case the details vary a bit, some say Beliveau's father was instrumental in the workings of it all. No matter, Jean Beliveau went on to a rather spectacular career in Montreal winning TEN Stanley Cups as a player and SEVEN more as a team executive. That is a bit mind-boggling.

I saw the Montreal Canadiens play in the old Madison Square Garden in the early 60s. It was one of my first 'live' hockey games. I wish I could say I have memories of seeing Jean Beliveau but the fact it the only player I remember is the Rangers' goalie Jacques Plante. I don't even remember who won the game.

What I saw of Beliveau that I can remember comes from watching tape-delayed Rangers games on an old black and white TV in our basement on Saturday nights with my father. My Dad always had something to say about Beliveau.

This is a 1971-72 O-PEE-CHEE Jean Beliveau special. It's the last card in the checklist coming right after the Gordie Howe retirement special card. It's a pretty neat set and one I would consider putting together some day. I have a handfull of them already including this 'well rounded' Beliveau special. I have a bid in on a cheap but decent copy of the Howe special. I'm keeping my fingers crossed on that one. 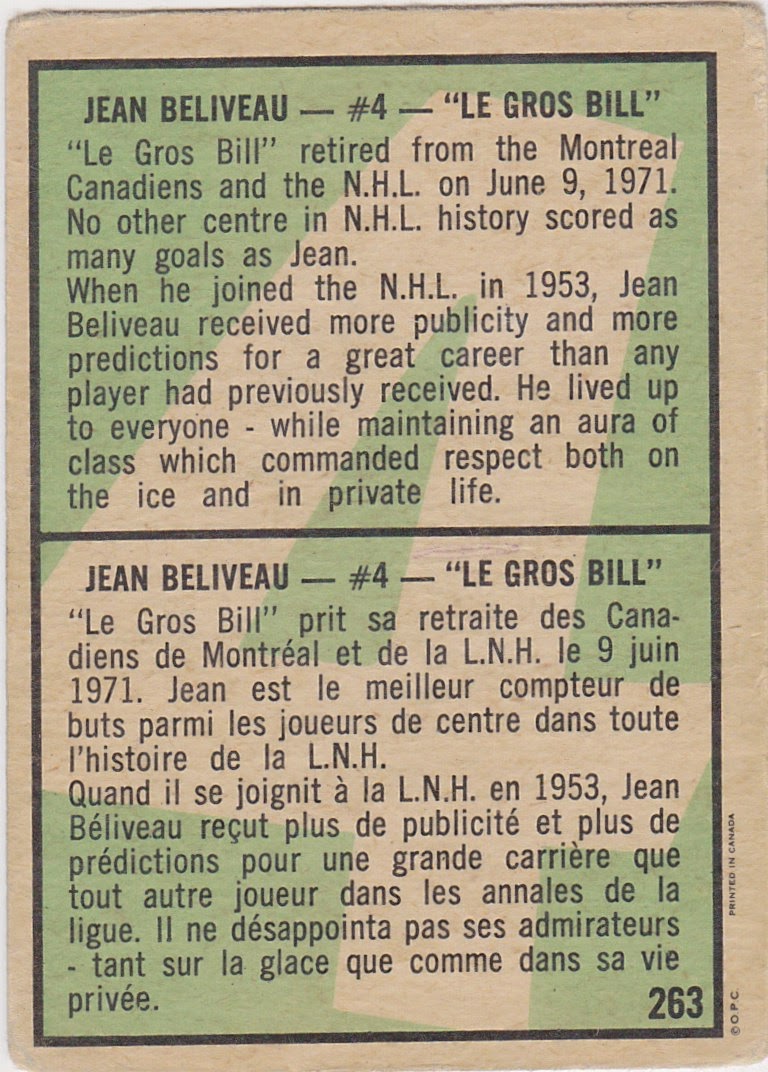