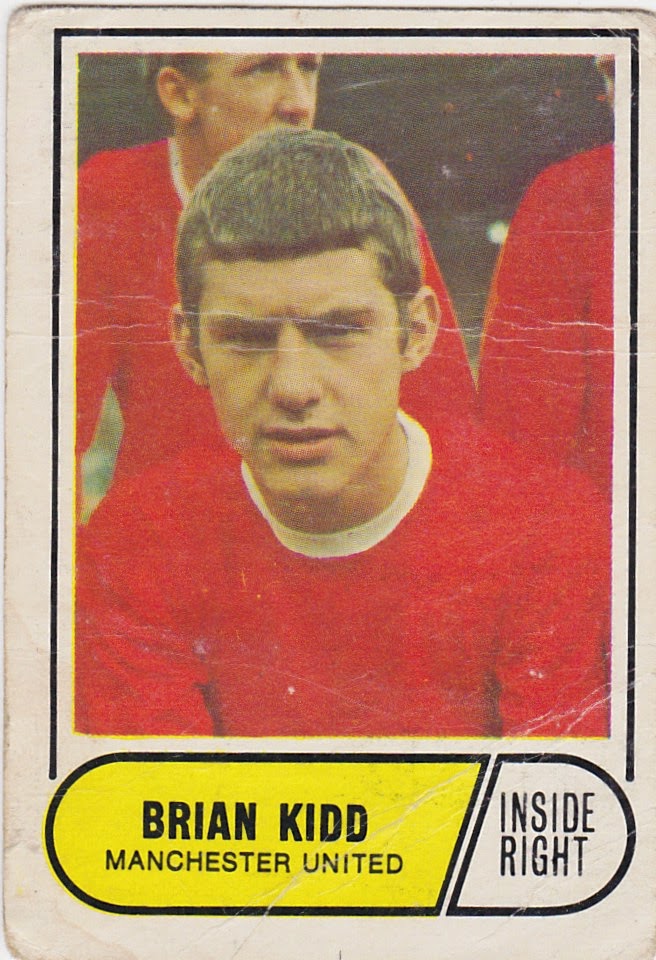 My Pro Set Soccer card post last week prompted blog reader extraordinaire Mark Hoyle to dig up some AB&C Gum cards from 1969/1970 and send them my way. These are four of the nine Manchester United players that are included in that year's set. 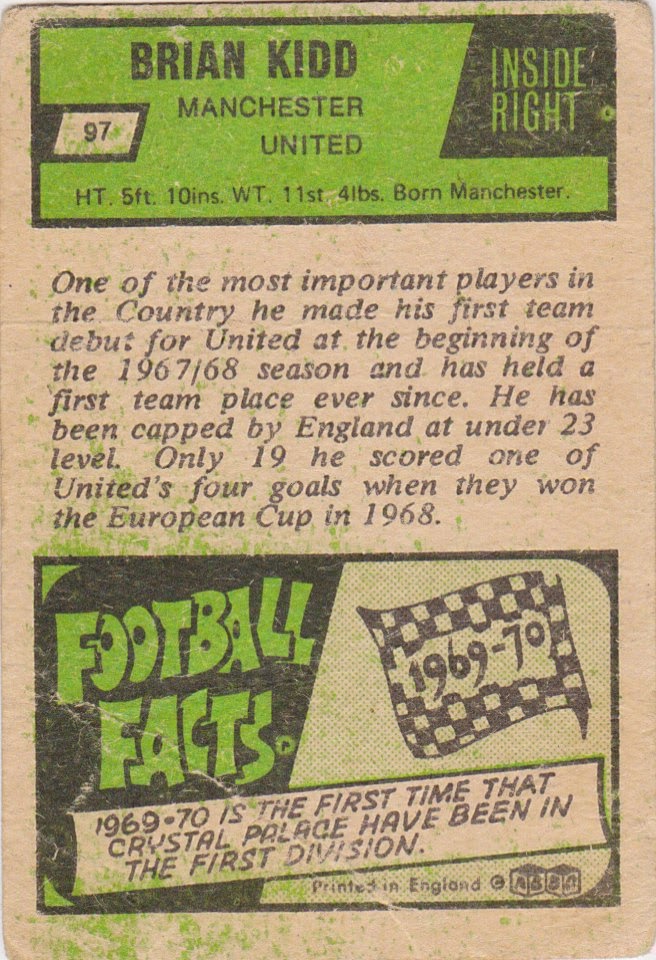 Of the four players on these cards Brian Kidd is the most accomplished. He currently is an assistant at Manchester City but he made his name in 1968 with a goal he scored at the age of 19 in the European Cup finals win. He spent several years playing here in the U.S. in the North American Soccer League. He later managed for Man U under Alex Ferguson. 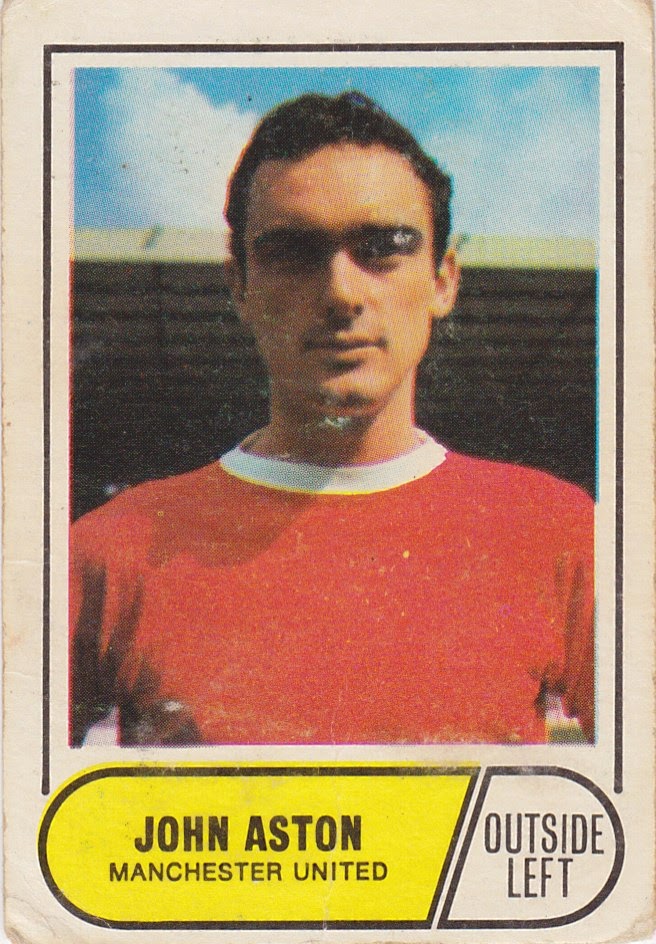 These are the first really vintage soccer cards in my collection. Their 'well loved' condition just feels right for cards that were issued in England 45 years ago. They are smaller than what we know as 'standard' cards, closer to the size of Topps '75 minis. If you have any interest at all in 'English Football Cards' at all then this site should be among your bookmarks. 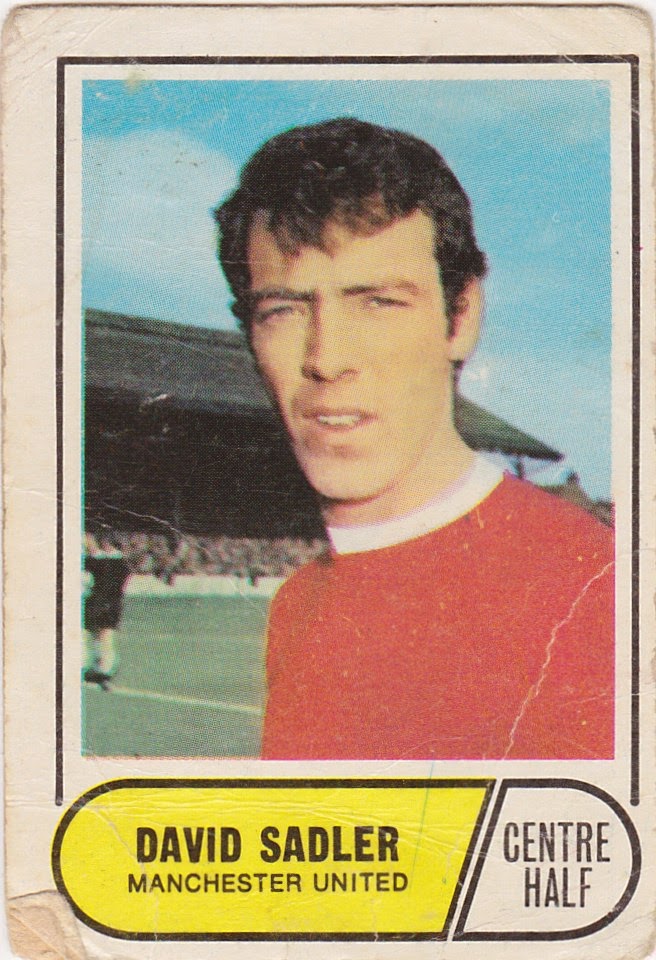 Just great stuff. I love how some of the pics appear to have been snapped as the players were assembled for a team photo. Thanks again Mark. These cards, and your insightful comments, are appreciated. 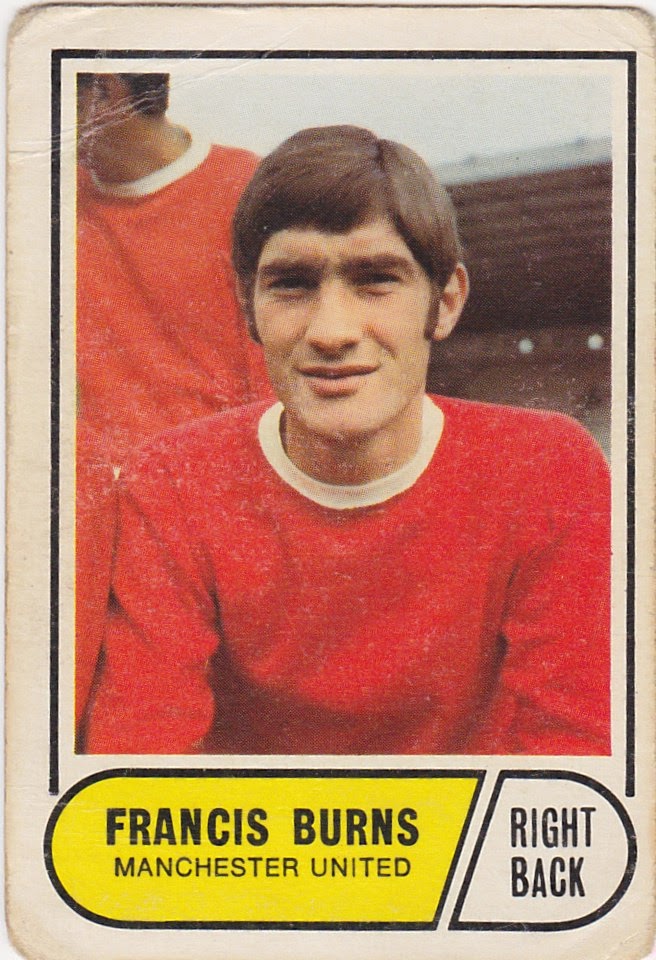