We have seen the enemy and it is us 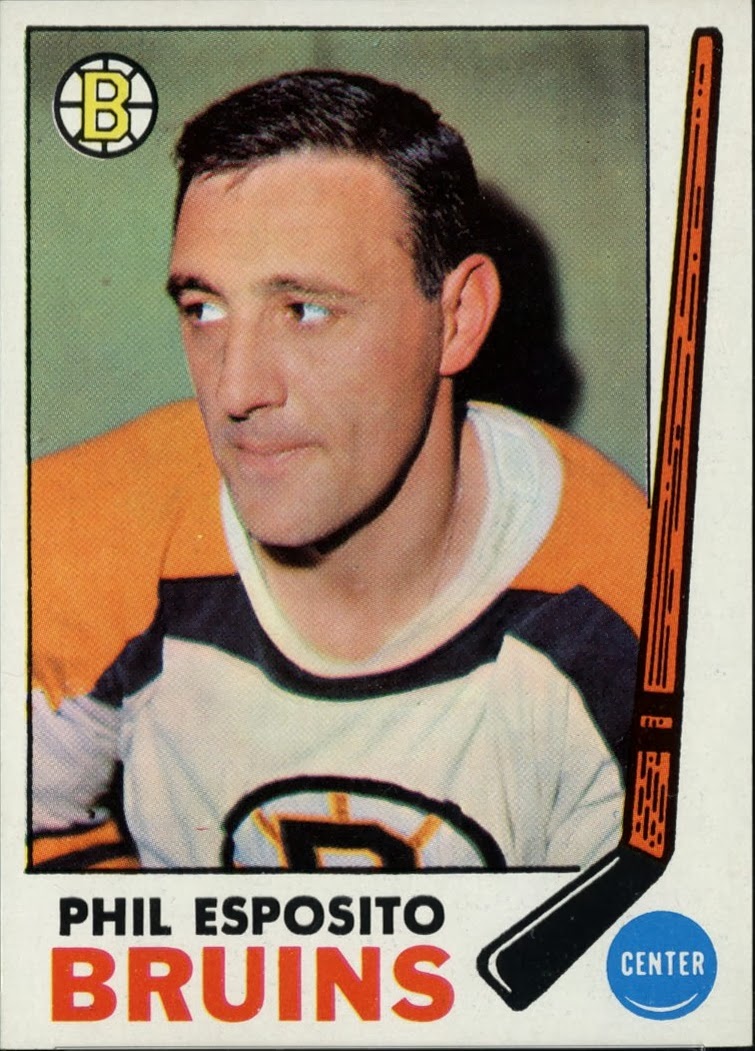 When I left New Jersey in 1970 I did so with the knowledge that the Boston Bruins were the Devil's spawn and that no human could hate a team with the venom I did them. See, when I was growing up as a Rangers' fan there were no New Jersey Devils, or Long Island Islanders or whatever the hell they are and the Flyers were just barely the Flyers, the Broad Street Bullies hadn't been invented yet.

My hockey world was pretty much the Rangers, four teams that had kicked our ass ever since I knew a puck from a ball, six new teams out in the hinterlands that were harmless and then there were the f'ing Boston Bruins. Johnny Bucyk, Wayne Cashman, Derek Sandrerson, Ken Hodge and most of all, worst of all, Phil Esposito*.

But when I moved to Houston for college  it was difficult to keep track of all that. The NHL was on TV one year and then not the next. My Hockey News subscription became too expensive to continue, hockey became the WHA Aeros and following the Rangers through the newspaper standings, which the local papers sometimes printed, if I was lucky.

Fast forward three decades. Somewhere along the way stuff happened, much of it weird: 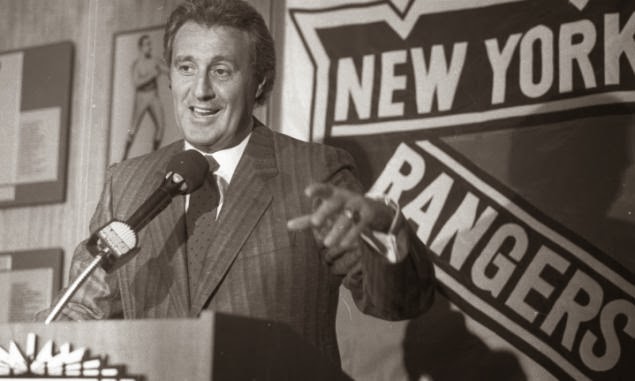 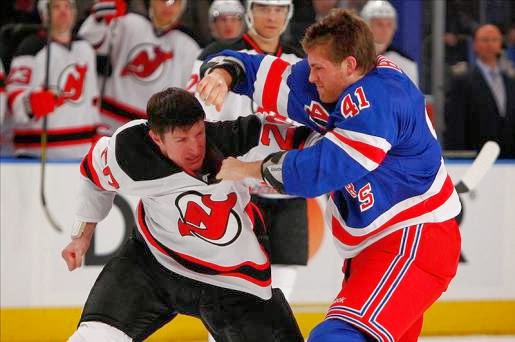 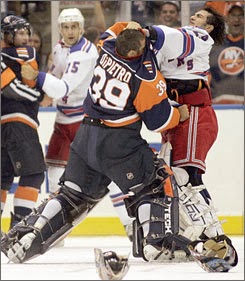 And maybe worst of all there was this: 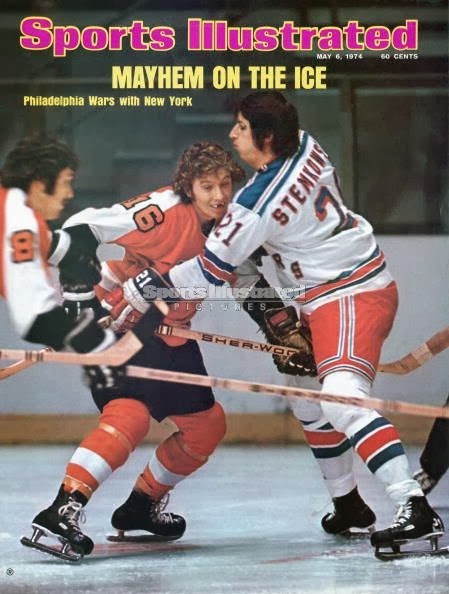 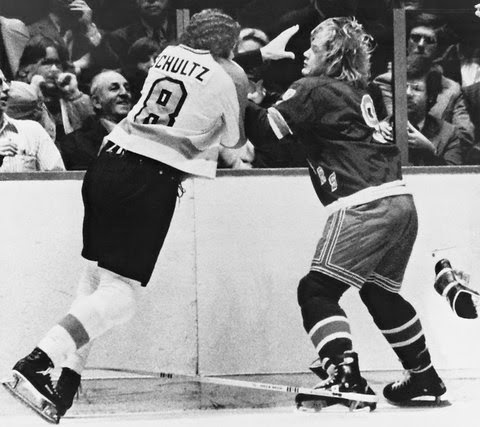 And yes, I know that in '79 this happened to keep the Rangers-Bruins rivalry alive: 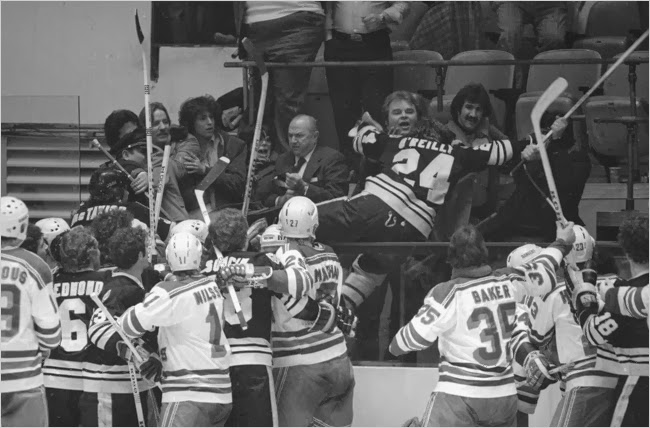 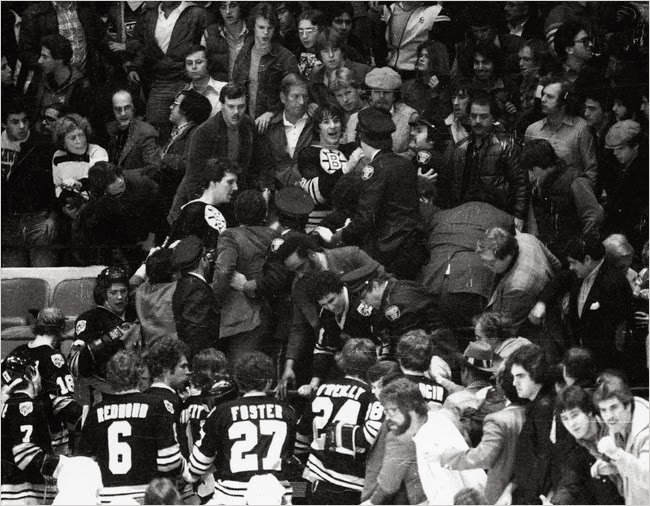 And I know that there is a general New York versus Boston flame that is fanned by the Yanks and Red Sox history, but I get back to the Garden to watch the Rangers after 35 years and to a lot of folks the Bruins are just another team. Oh, sure they are rivals and all, but nobody seems on the verge of scaling to glass (in either direction) and people behind me are talking about the f'ing Devils, etc, etc.

The world has changed. But that's o.k. It's still hockey. It's still fun, I actually own Phil Esposito cards, and a Bobby Orr card, too. It's all good. But somewhere in the back of my mind I long for Derek Sanderson bending over and firing the bird at the Garden crowd from between his legs. Those were the days!

What inspired this was listening to Esposito this week on Sirius Radio's hockey channel. Espo has an afternoon gig and he's pretty outspoken. He's been discussing the NHL's involvement in the Olympics. And by gawd he was saying the same things I say! He wants amateur teams in the Olympics. See, I'm NOT the only curmudgeon around! You go, Espo!!! 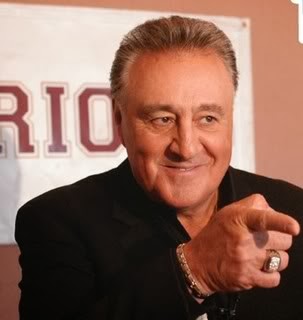 *=there was also Bobby Orr and we hated him too but even us wild eyed Ranger idiots knew he was the greatest hockey player we had ever seen but I doubt any of us would have admitted it.
Posted by Commishbob at 7:46 AM