Hot off the wire 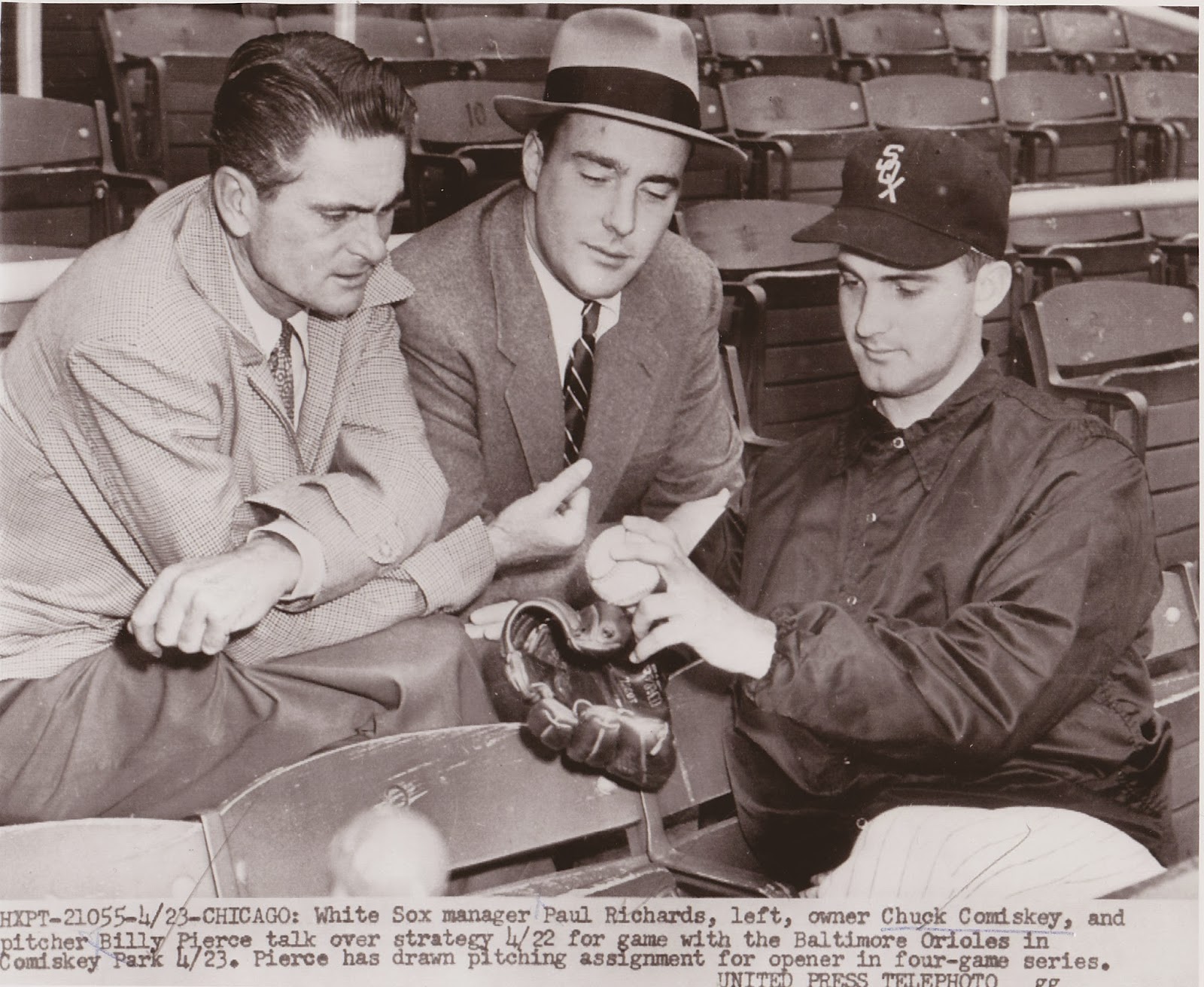 Once upon a time I worked at the now defunct Houston Post. I started there in about 1972 while I was still in college and worked off and on, part-time and full-time through about 1991. I got a journalism degree and held other jobs along the way and in the end I totaled about 13 or 14 years of service over that nearly two decade stretch.

There were times that I worked late nights/early mornings when the place was pretty quiet. I liked to visit the sports department when it was deserted. I would sometimes stand mesmerized by the rhythmic sounds of the teletype machine as it pumped out stories, stats, schedules, game recaps and features long into the wee hours. If you don't know what a teletype machine is I have found a few pics. Technically these are 'teletype printers' but they were just called 'the wire' at the Post. 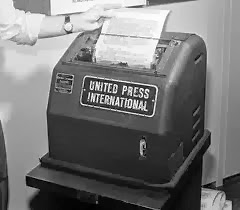 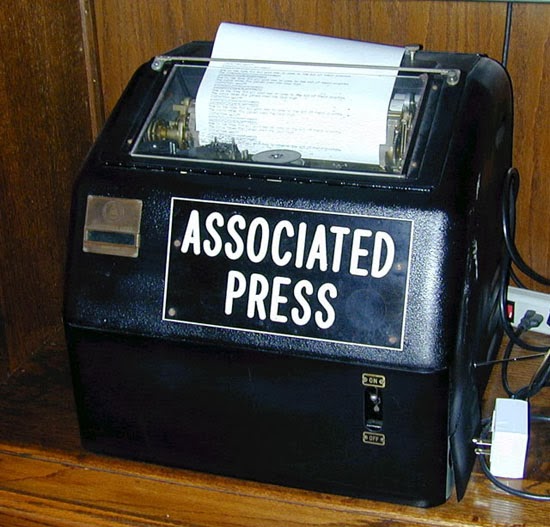 Those two above probably pre-date my time at the Post but ours were pretty much the same thing, just a bit sleeker. One of them I recall was a large stand-up model. I can still hear the sound of them in my head, like a typewriter (look it up, kids) but not as harsh. They pumped out a continuous roll of yellow paper as they clattered away. The paper would build up into a huge pile overnight. The picture below shows exactly what it looked like. 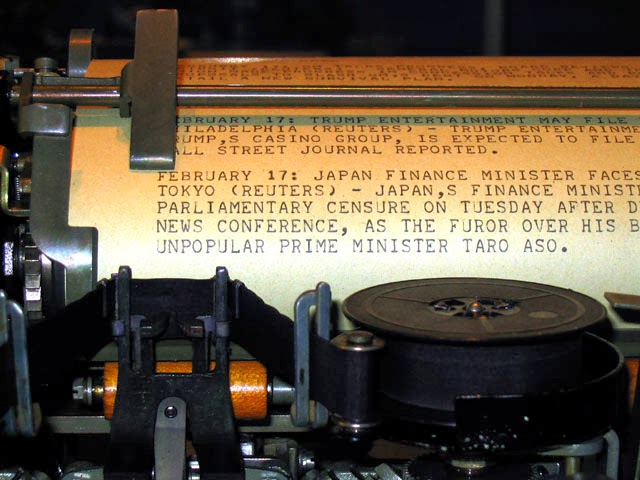 And this one made me grin. The kid is doing just what I did for seemingly hours on end, reading the copy as it poured out of the wire. 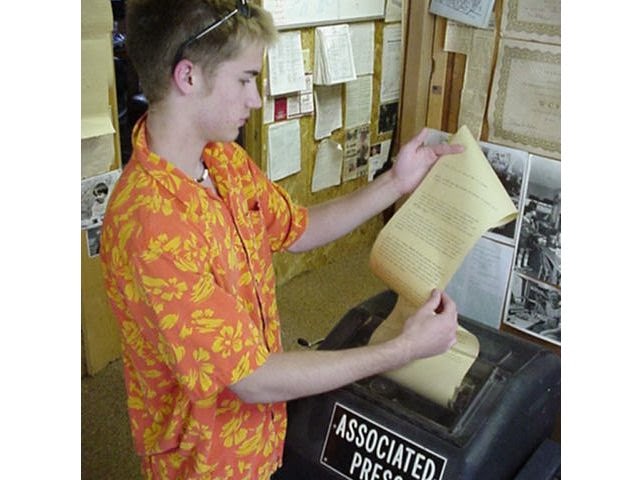 The pictures that ran in the paper came in on a different machine that was way in the back of the Editorial Department of the Post. Unlike the sports guys I didn't know many folks over there so I didn't venture into that area much. But sometimes if a sports editor was working I'd go look through the wire photos with him. The Post probably used 10% of the photos that came in on the wire printer. The rest were either filed for future use (or tossed in a box to be discarded. I was always tempted to ask if I could take some but I don't think I ever did. I remember some cool pics of Secretariat and some '83 World Series photos I saw and would have loved to have had.

All that is a roundabout way of getting to the posted item, a wire service photo from 1954 showing White Sox manager Paul Richards, owner Charles Comiskey and pitcher Billy Pierce. They are supposedly discussing Pierce's upcoming start against the Orioles but in a posed shot like this they were probably just shooting the bull while waiting for the United Press photographer to finish.

I picked this one up off eBay just to add it to my Billy Pierce collection as an oddball item. The game referenced in the caption was played on April 23 of '54 in Chicago and the Orioles beat Pierce 3-1 in 10 innings. Catcher Ray Murray drove in the winning run in the top of the tenth with a double. Pitcher Joe Coleman, who had already gone nine for the Orioles, then came up to hit and drove in an insurance run. Hard to imagine a starter getting a chance to hit in the 10th inning in these days of closers and set-up man. That game by the way, was just the eighth game in the history of the modern Orioles franchise. And it was the last time they were at .500 for the year. They lost the next three in Chicago, 8 of their next 9 overall and finished the '54 season at 54-100 in seventh place 57 1/2 games back of the league champ Indians.

And they lost to Billy Pierce 11-0 on the last day of the season.
Posted by Commishbob at 6:00 AM