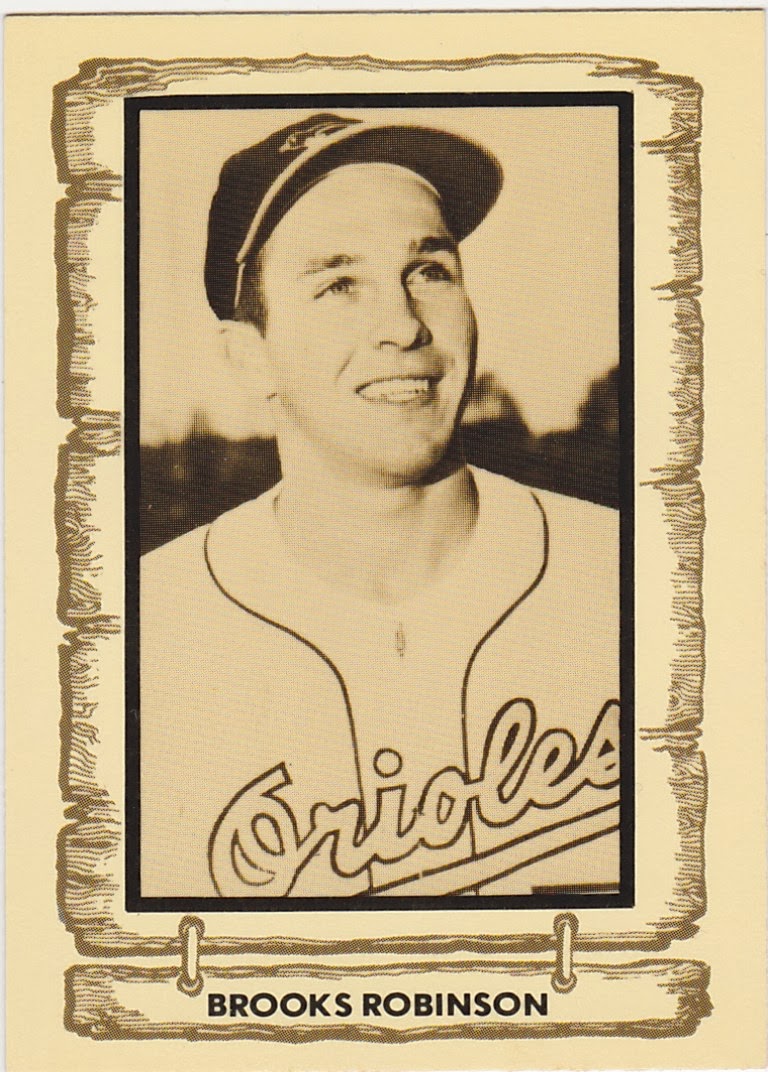 Mike Cramer started dealing in baseball cards as a teen and eventually went on to produce his own cards. His first set was one of the Giants AAA club in the late 80s. He moved on to these Legends sets beginning in 1980 and eventually got a license with MLB and began his Pacific cards series.

This Brooks Robinson card comes from the Legends Series of 1981. That was the second of four series of 30 cards each that comprise the complete set. They were all, like this one, sepia toned. And while the uniform logos were visible no team ID or 'free standing' logos were shown. 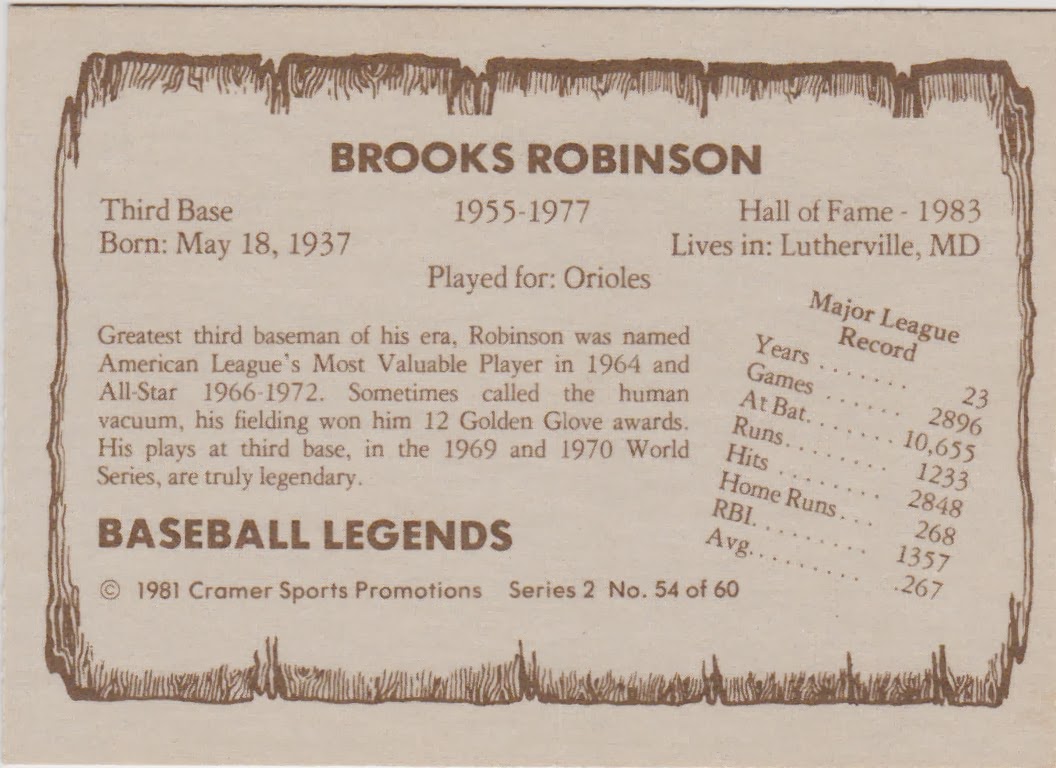 The slanted stat box is a bit odd but overall these are pleasant cards, especially for unlicensed ones. The pictures used of Brooks is the same one used on his 1960 Leaf card. I think this is the only card I have from this Legends set. 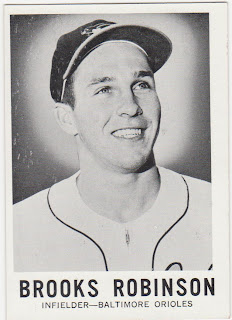