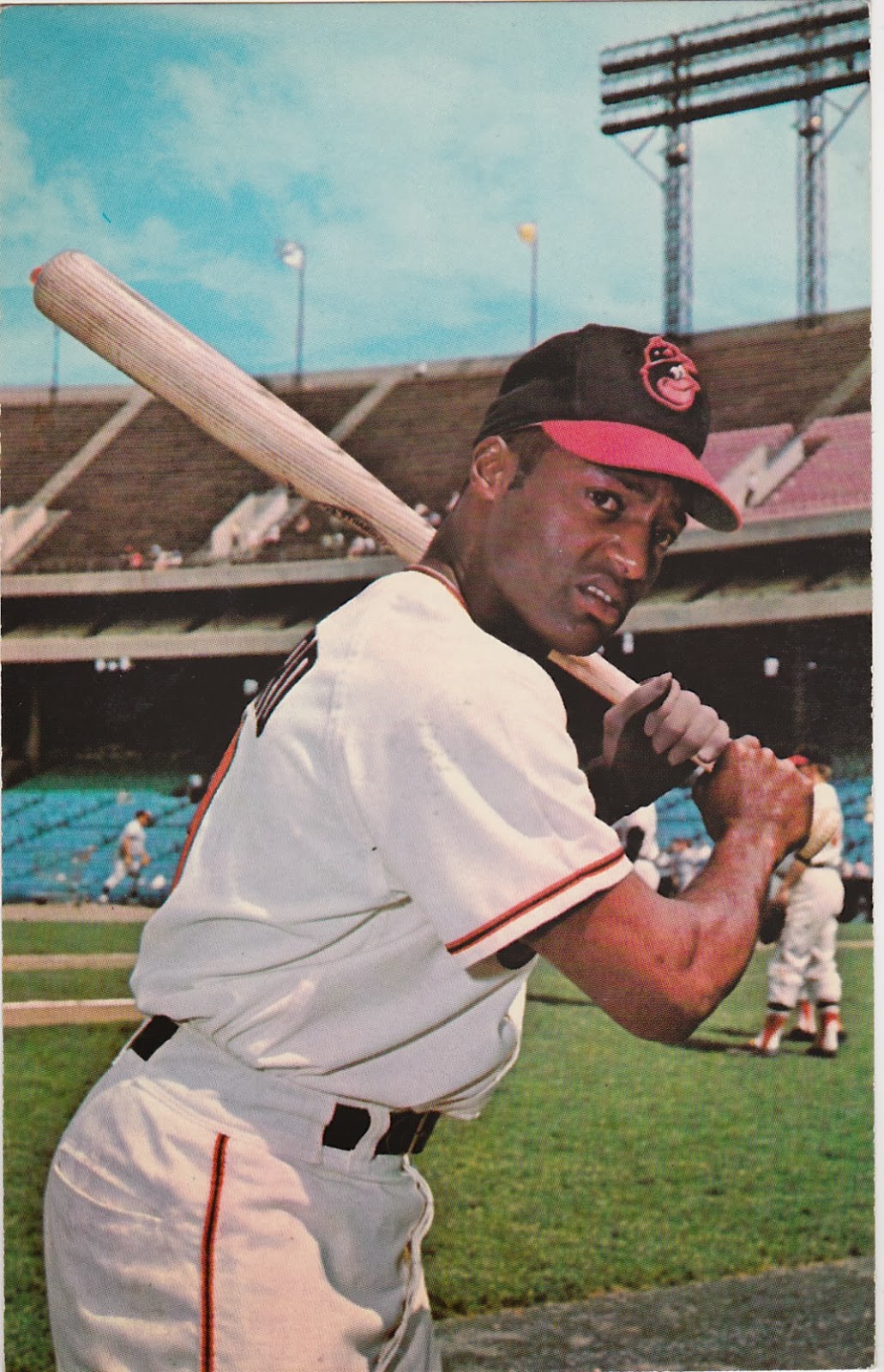 I am a huge fan of these Dexter Press postcards which were issued in 1968. I have a dozen different Orioles in my collection. I believe those 12 comprise the complete team set. According to the checklist on the Trading Card Database there were 77 cards issued representing 12 different teams. Some teams, like the Orioles and Giants had 12 different players included. Others have as few as one e.g. Bill Freehan is the only Tiger in the group. Some of the backs of the cards contained less detailed write-ups than those of the Orioles' cards. Many of the cards feature Spring Training photos.

There are cards issued for other years credited to Dexter Press featuring backs in a couple of different formats but most I've seen use the style of this Don Buford back as posted below. EDIT: I just re-read the Buford data. It states that Buford worked in the Sears management training program the previous winter. Hard to envision that happening today. 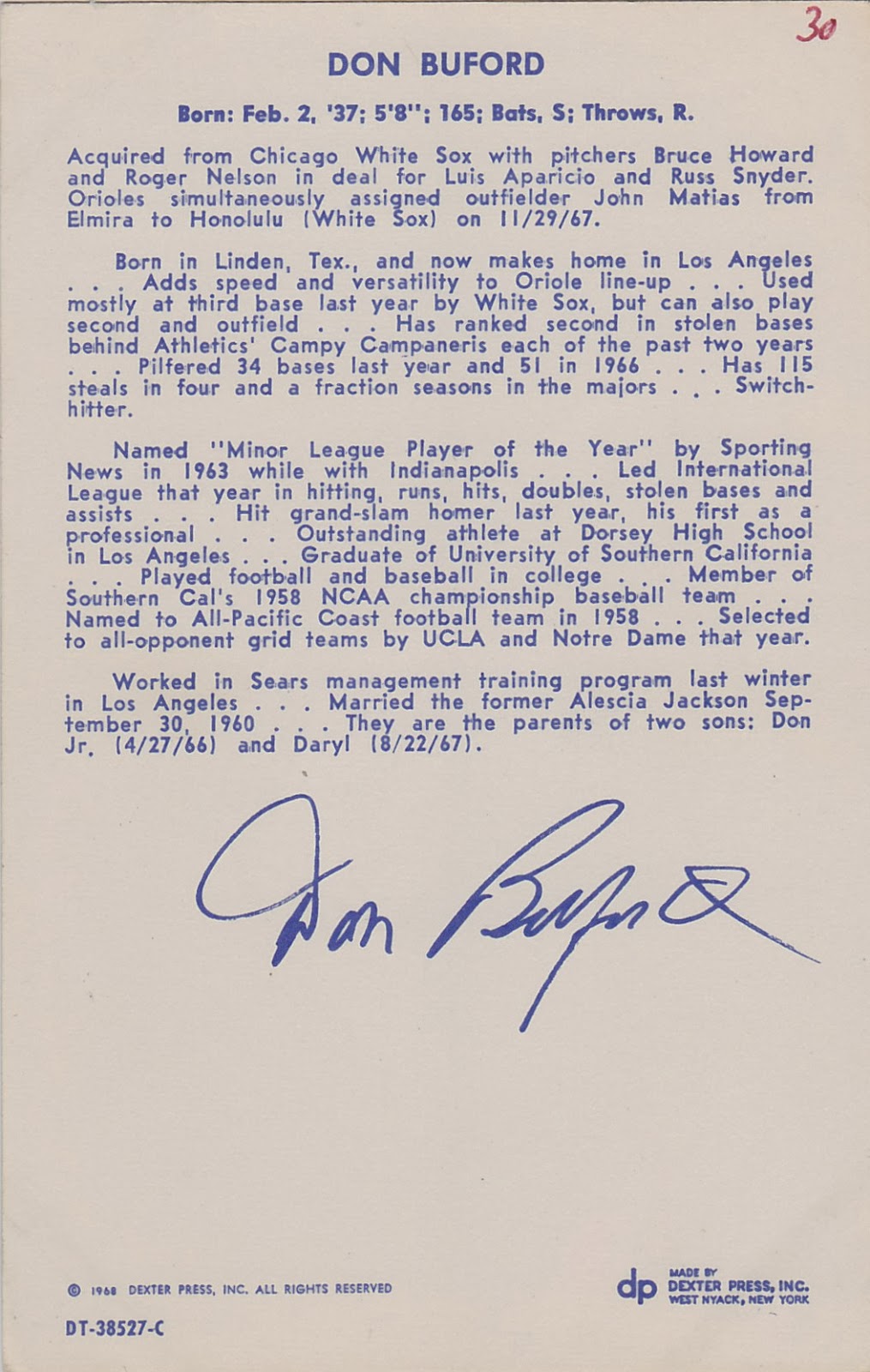 One thing I like about these is the great views of old Memorial Stadium in the backgrounds. Those old wooden bench seats upstairs? Oh, how I remember those!

The Brooks Robinson card is signed but the autograph stayed in the binder pocket unfortunately. I've had these stored in the old PVC laden pre-Ultra Pro plastic pages for many years and they took some work getting out without damage. 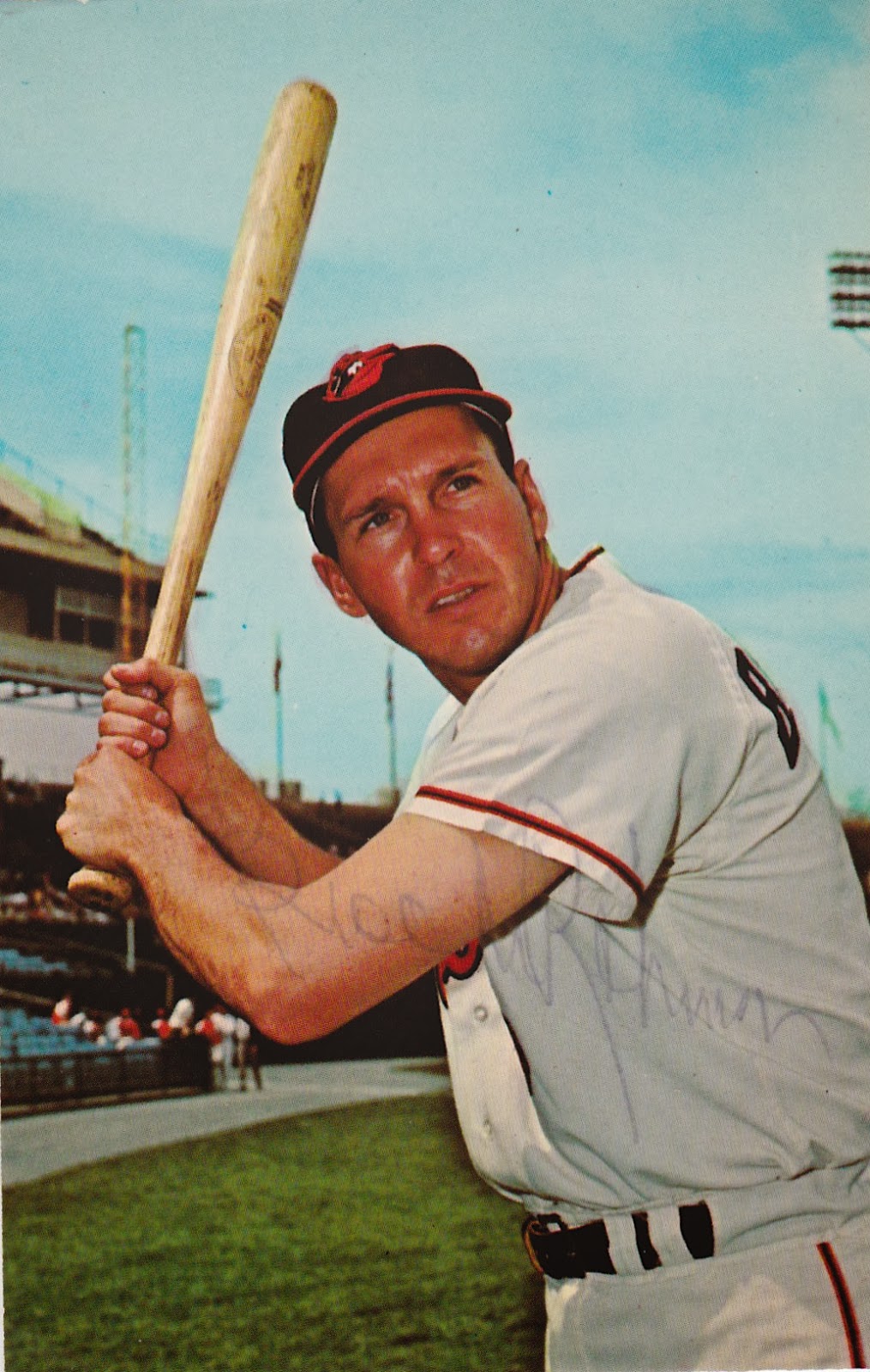 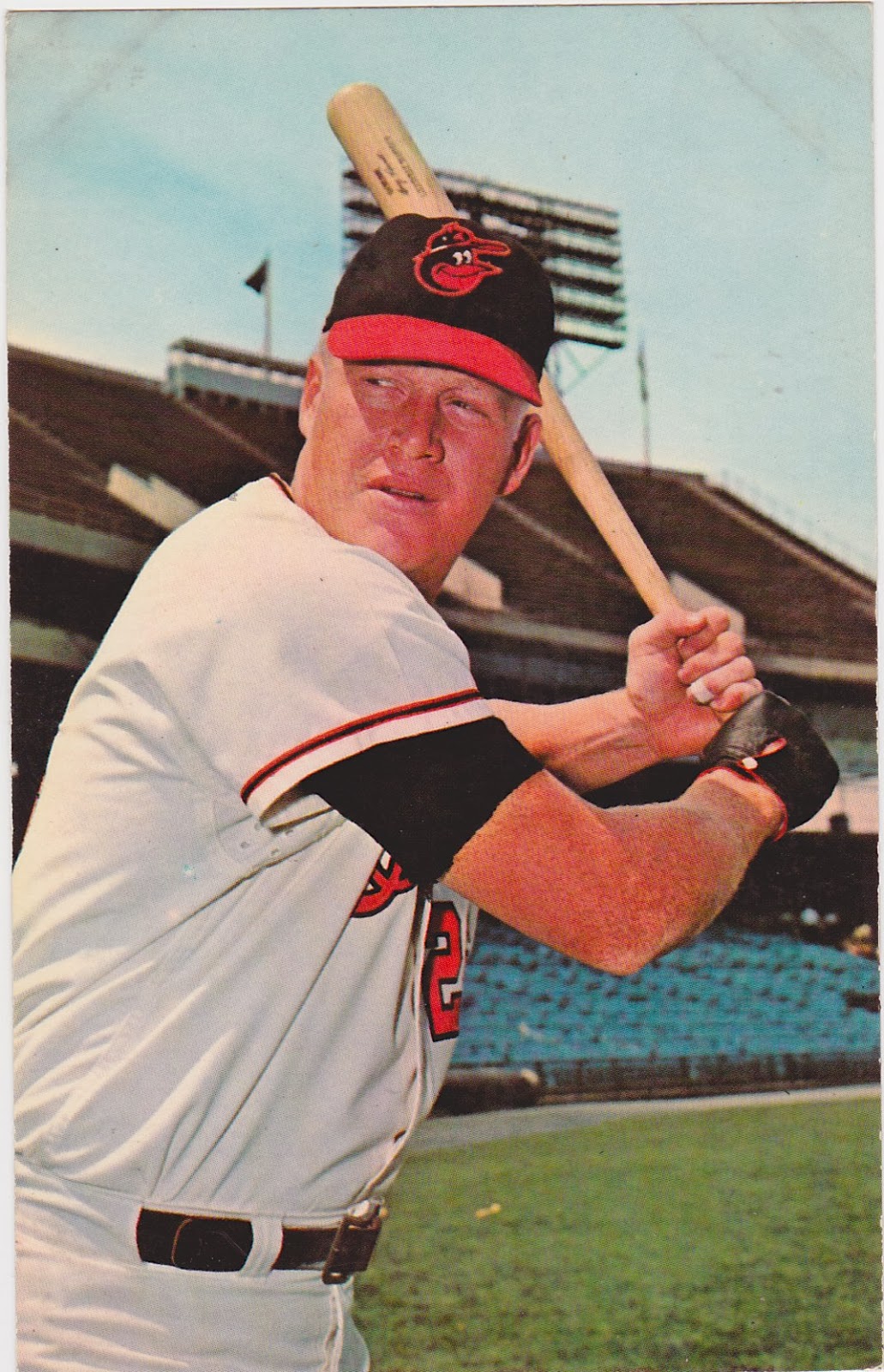 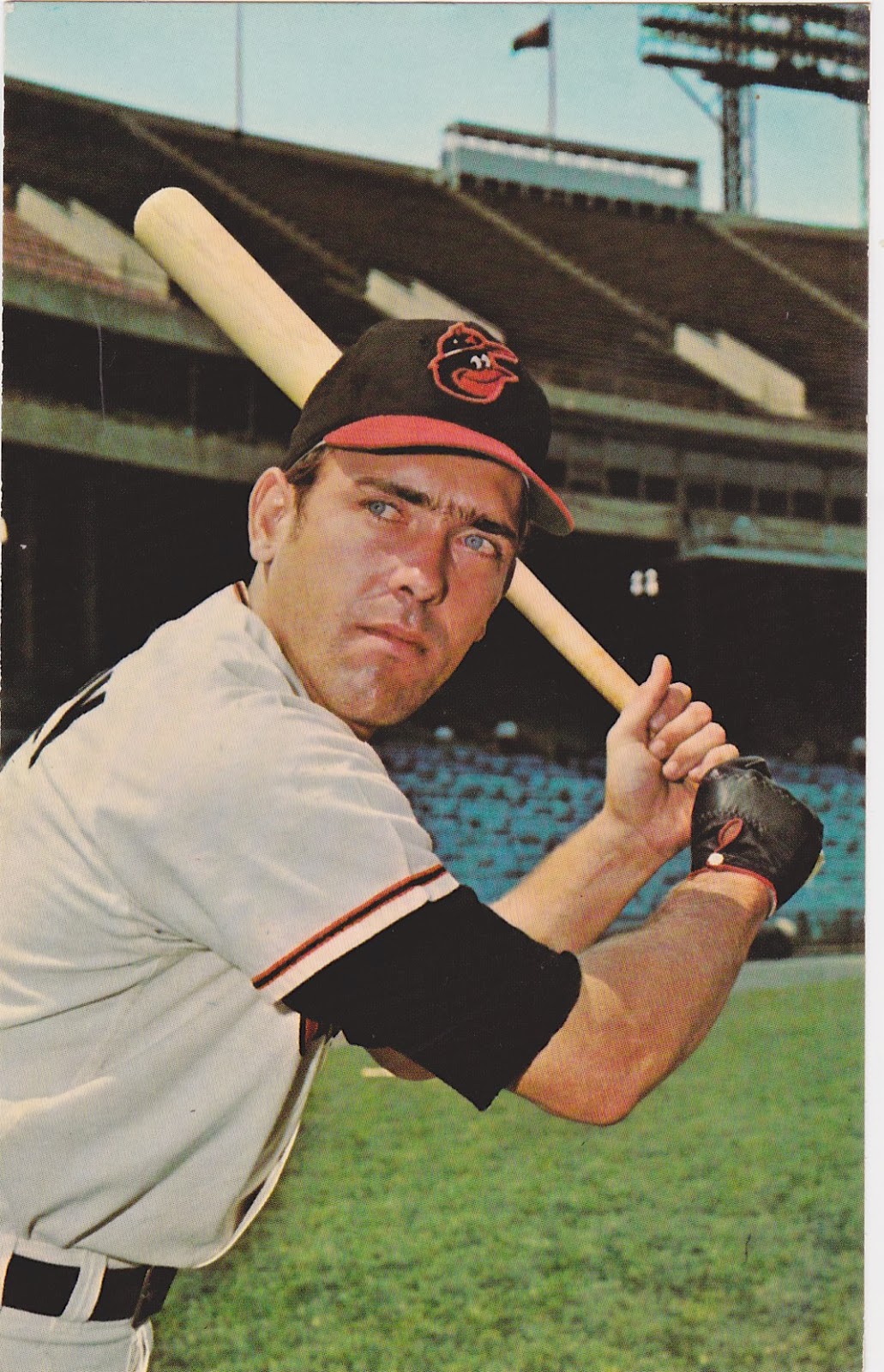 These are in standard postcard size but Dexter Press also did large 5x7 pictures which were seen previously on this blog. The photos from those were apparently pirated for what were called Starline stickers. I have no evidence of whether these Starlines were authorized or not but the lack of any photo credits, etc. make he think they are not. The photos on those larger formatted pictures, at least those of the Orioles, show up on Atlantic gas station contest cards. I posted some of those here.

Out of curiosity I did a little research into the Dexter Press name and came across this interesting thread on a World's Fair nostalgia forum of all places. It seems that Dexter Press did a lot more than baseball products and it also seems the company folded and sold off it's name and files to a company in Missouri that, among other things, published church bulletins.
Posted by Commishbob at 6:00 AM