How to pack a bobblehead!!! 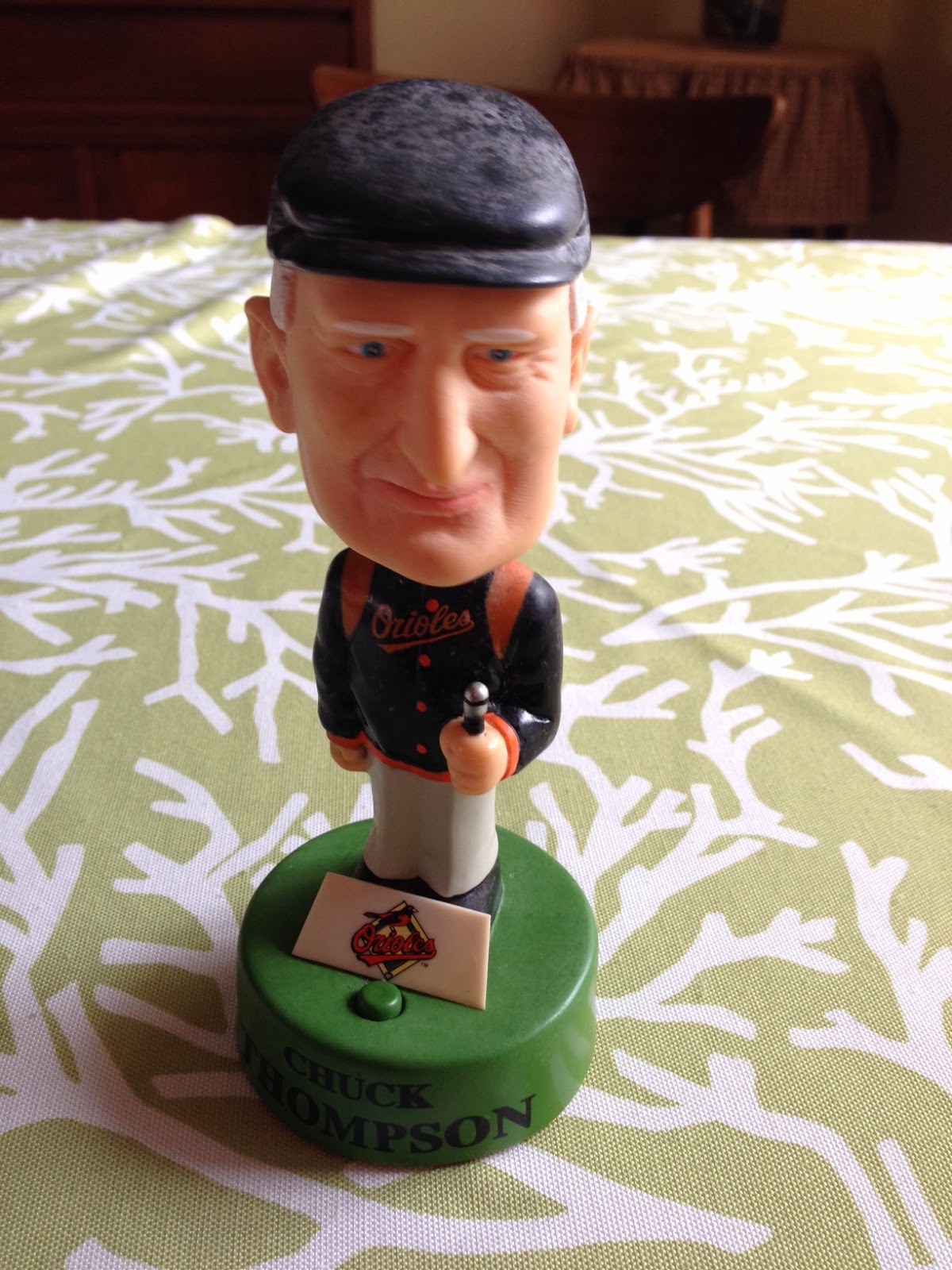 I didn't know that there was a Chuck Thompson bobblehead until I found it while searching for something else. Everyone that grew up with their favorite team's play-by-play guy has a special place in their heart for that guy and his voice. Chuck occupies that place in mine.

His voice reminds me of sitting on the counter in the kitchen of our house on the Jersey Shore in the summertime and turning the radio in different directions. If I got it situated just so I could hear Thompson and Bill O'Donnell describing the Orioles' games as if I was right there in Balmer.

If you recall a few weeks back I was lamenting the arrival of my Cal Ripken replica statue which lost both arms in transit. No chance of that happening with Chuck. Take a look at how it was packed. 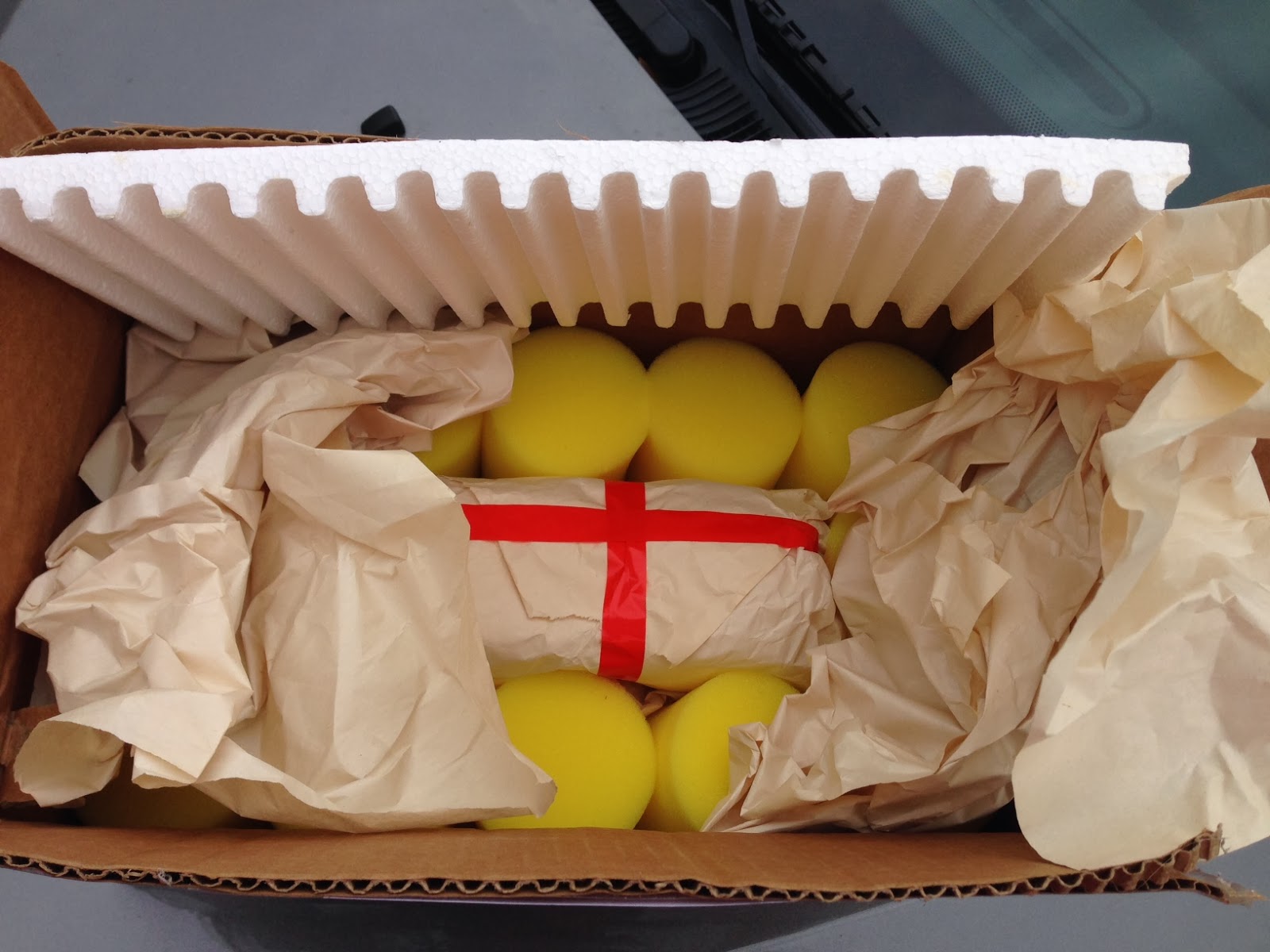 Ironically the Thompson bobble is plastic and probably could have been shipped loose in an envelope without any damage. You may be able to tell from the first pic that Chuck was not in pristine condition. That's probably why I was able to pick him up cheaply. But a little bit of cleaning was all it took to make him worthy to stand among the other Oriole Hall of Famers. 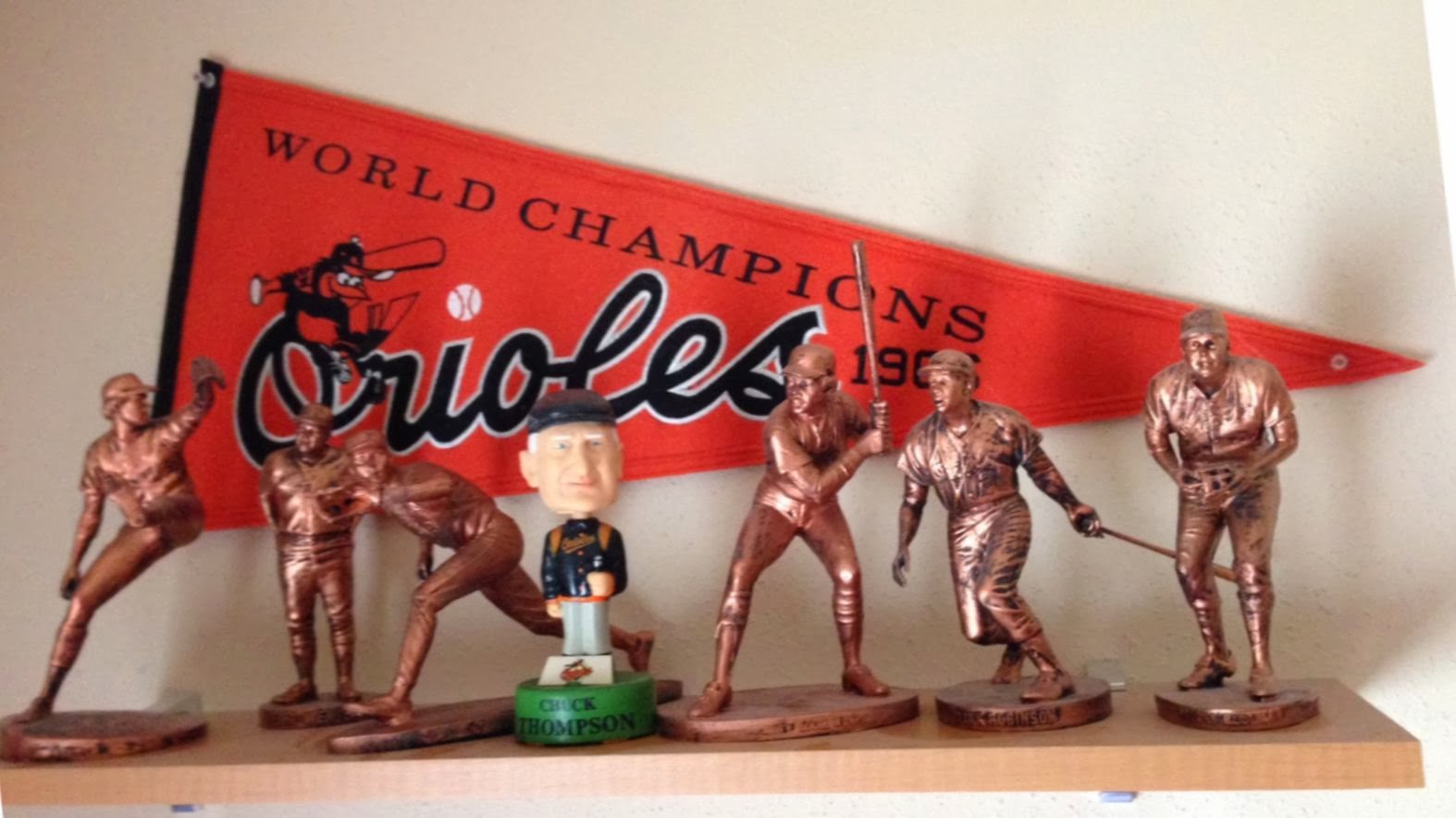 Chuck Thompson did both Colt and Oriole games during his career. And he had a national presense as well but it is in Baltimore where he remains the 'Voice' of the Orioles Emeritus, at least in those who are old enough to remember those heady summer nights of the 60's, 70's and 80's when the O's provided so much fun.

This four minute video is a commentary by sportswriter and Baltimore native Frank Deford done following Thompson's death in 2005. I almost didn't include it because it sounds as if I cribbed my opening paragraph from him. But the fact is that if you are reading this you've probably got a voice in your head that takes you back to baseball games on summer nights on the radio.


I got a kick out of Deford's reminiscing about Thompson's quirky 'backward' phrasing. I still play a vinyl lp commemorating the Orioles' 1970 World Series win. One of my favorite moments comes when Boog Powell steps in to hit and Thompson says "a mountain of a man, this Boog Powell".

The bobble is supposed to talk, and I'm sure he did at one time, but Chuck was voiceless on arrival and fresh batteries didn't help. No matter. I know exactly what he sounded like. And hearing him in my mind is probably better than a mechanical bobble recording anyway.

Damn, I miss Chuck Thompson.
Posted by Commishbob at 2:30 AM