While I was digging around for yesterday's post subject, the Dexter Press postcards, I found these and four more just like them in the same binder. Normally with any type of Orioles memorabilia, particularly something I have several of, I'd remember where I picked them up. Or at the very least I'd remember having them at all.

Not so with this lot. If you had asked me on Monday if i had any signed black and white Orioles postcards I'd have said no... and felt pretty confident in saying it. 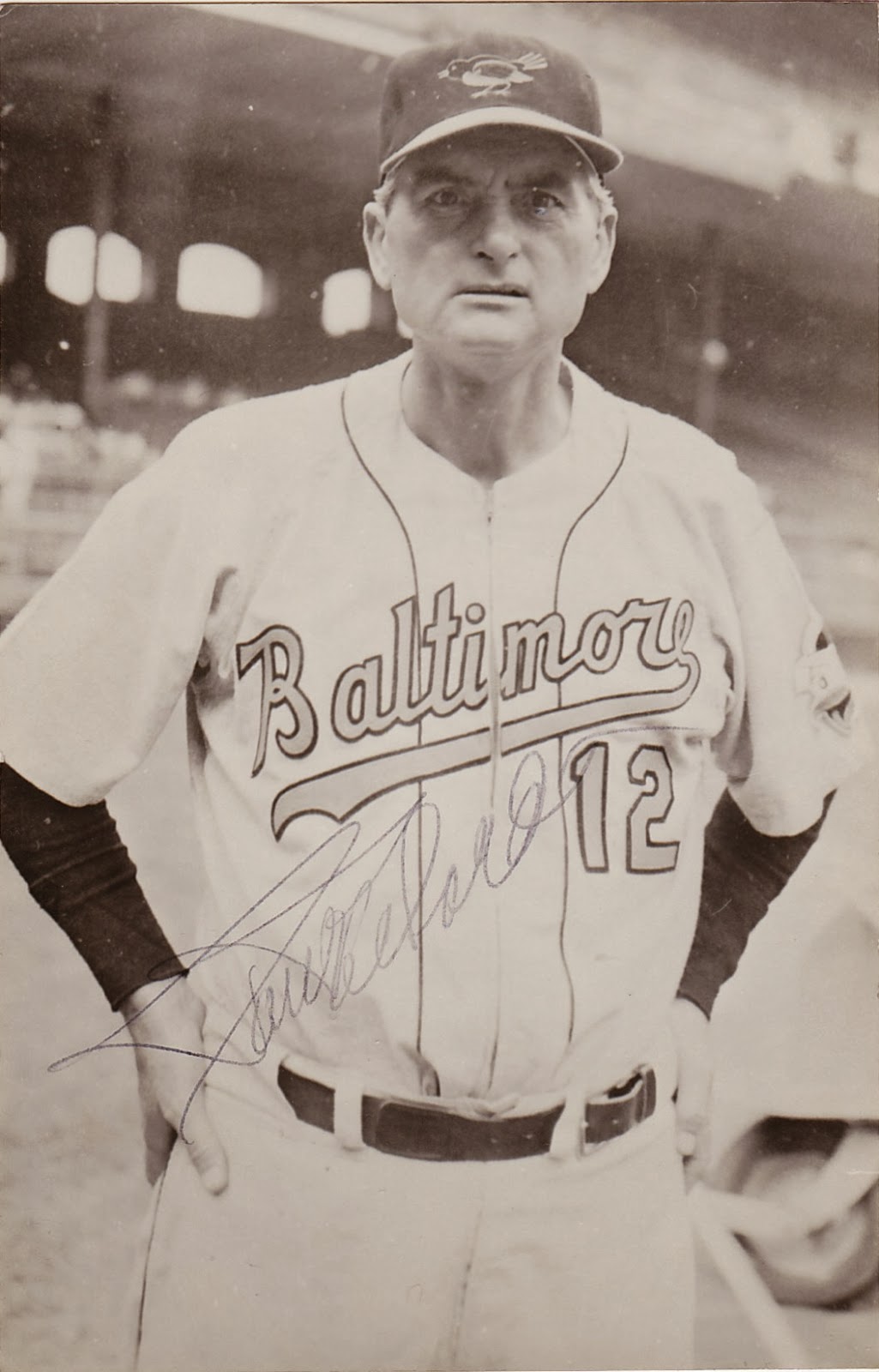 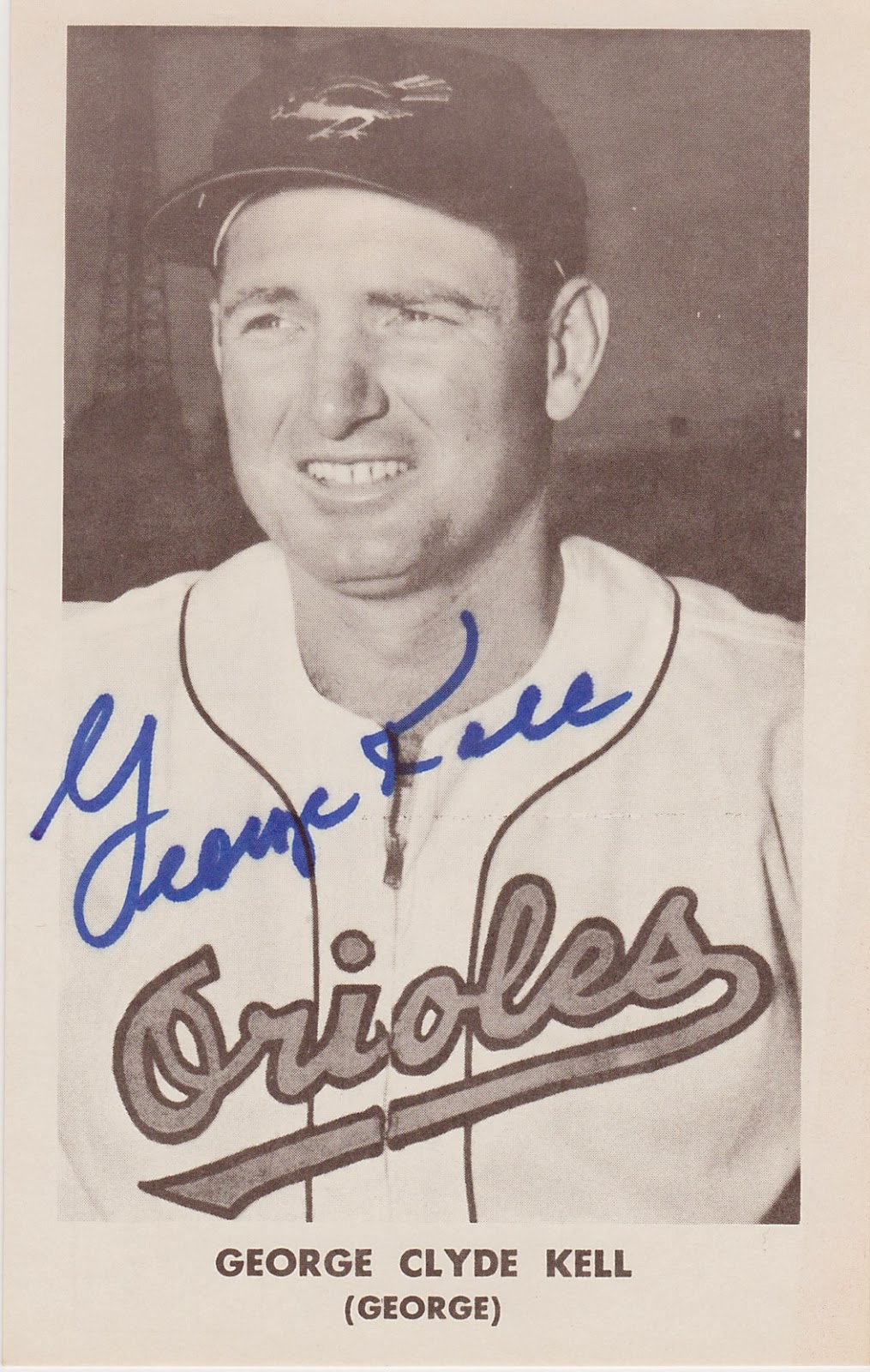 The Paul Richards card and the George Kell have standard postcard backs with a divider between the block for the address and the greeting along with the stamp block. These early cards are classified as 'Real Photo" postcards and are said to have glossy fronts although my Kell is much less so than the Richards. The borderless ones resemble Exhibit cards. 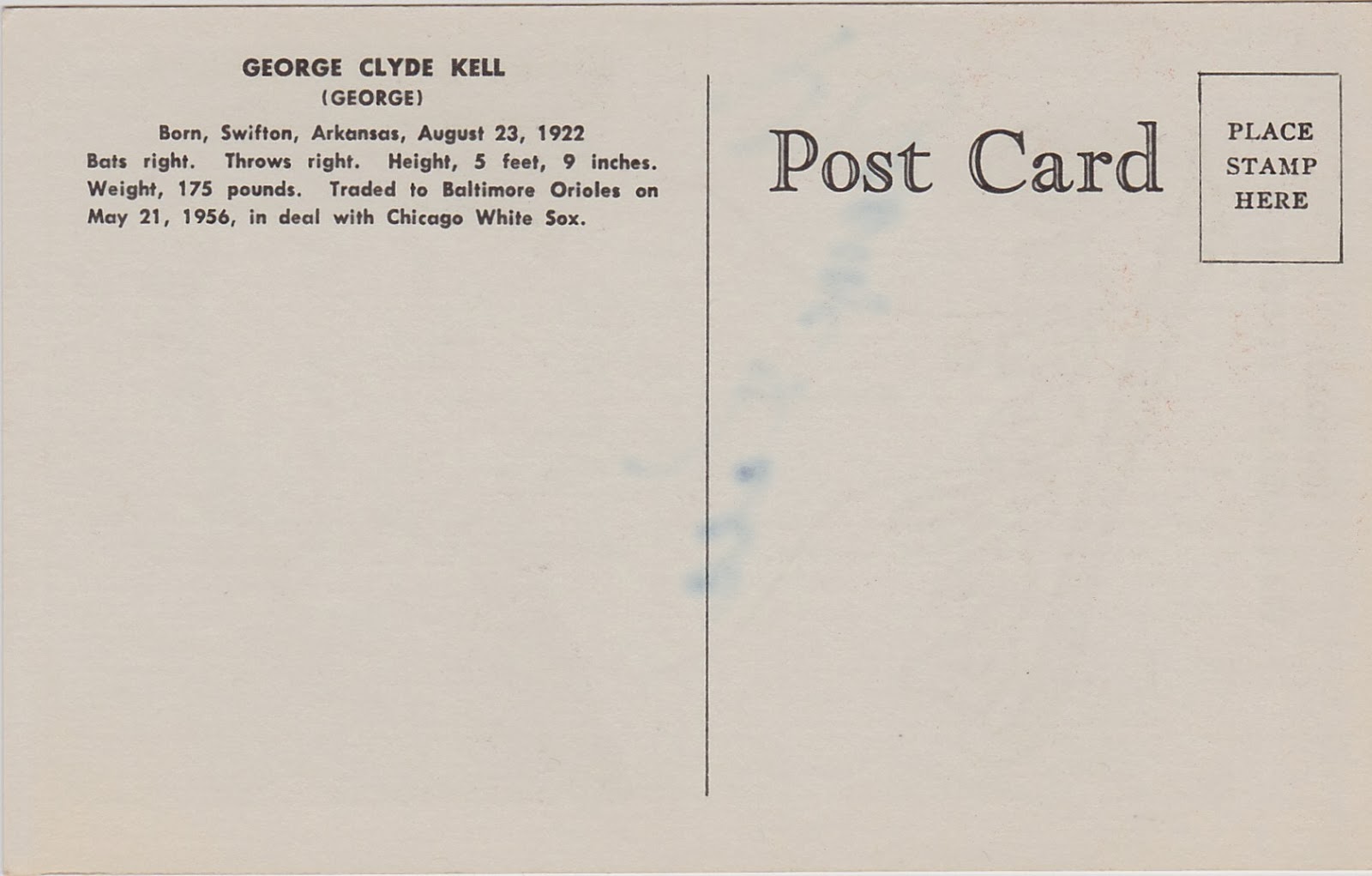 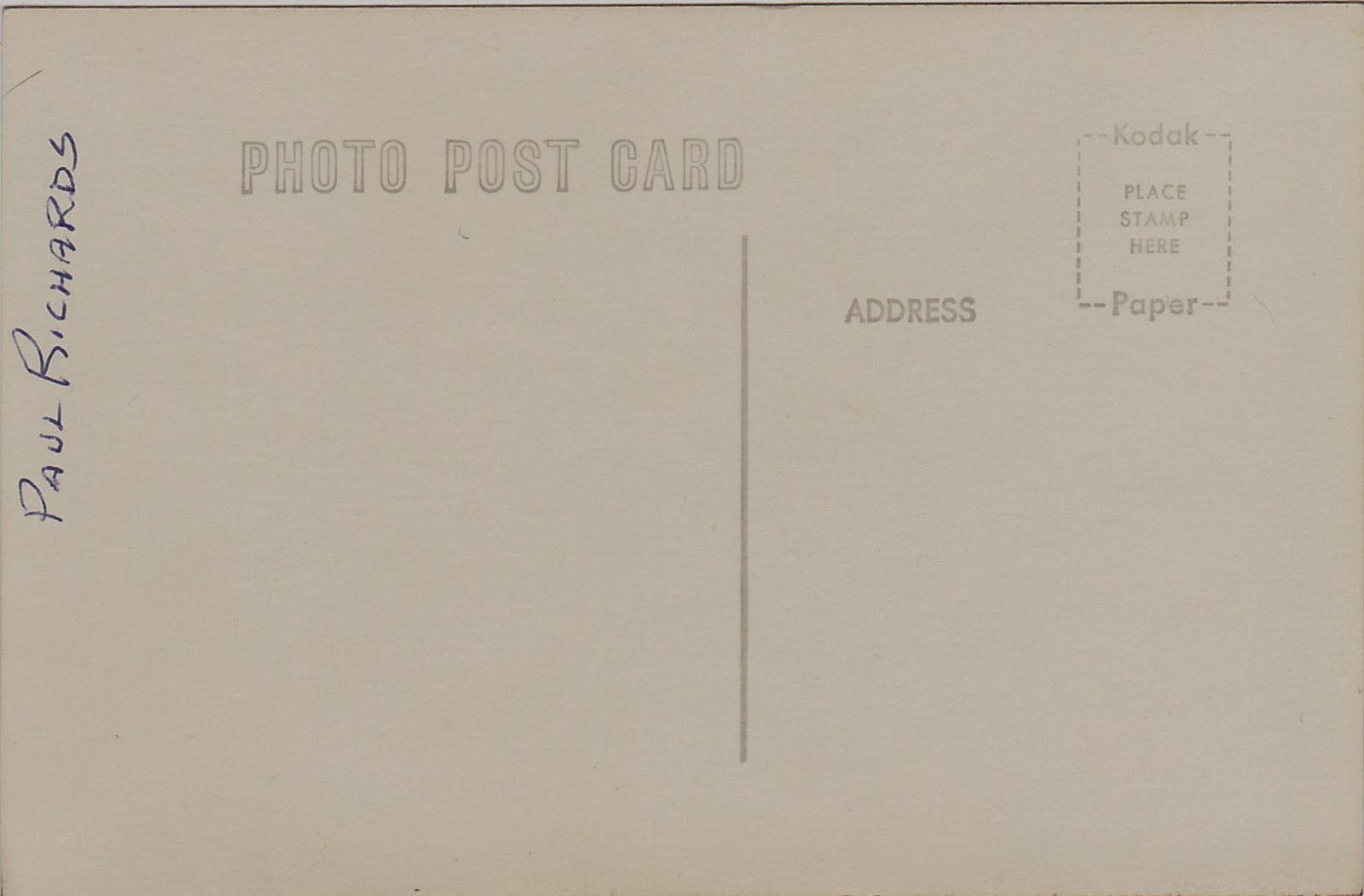 These next two, Jim Hardin and Dave Leonhard, are black and white versions of the team issued postcards that I collected with a frenzy years ago. 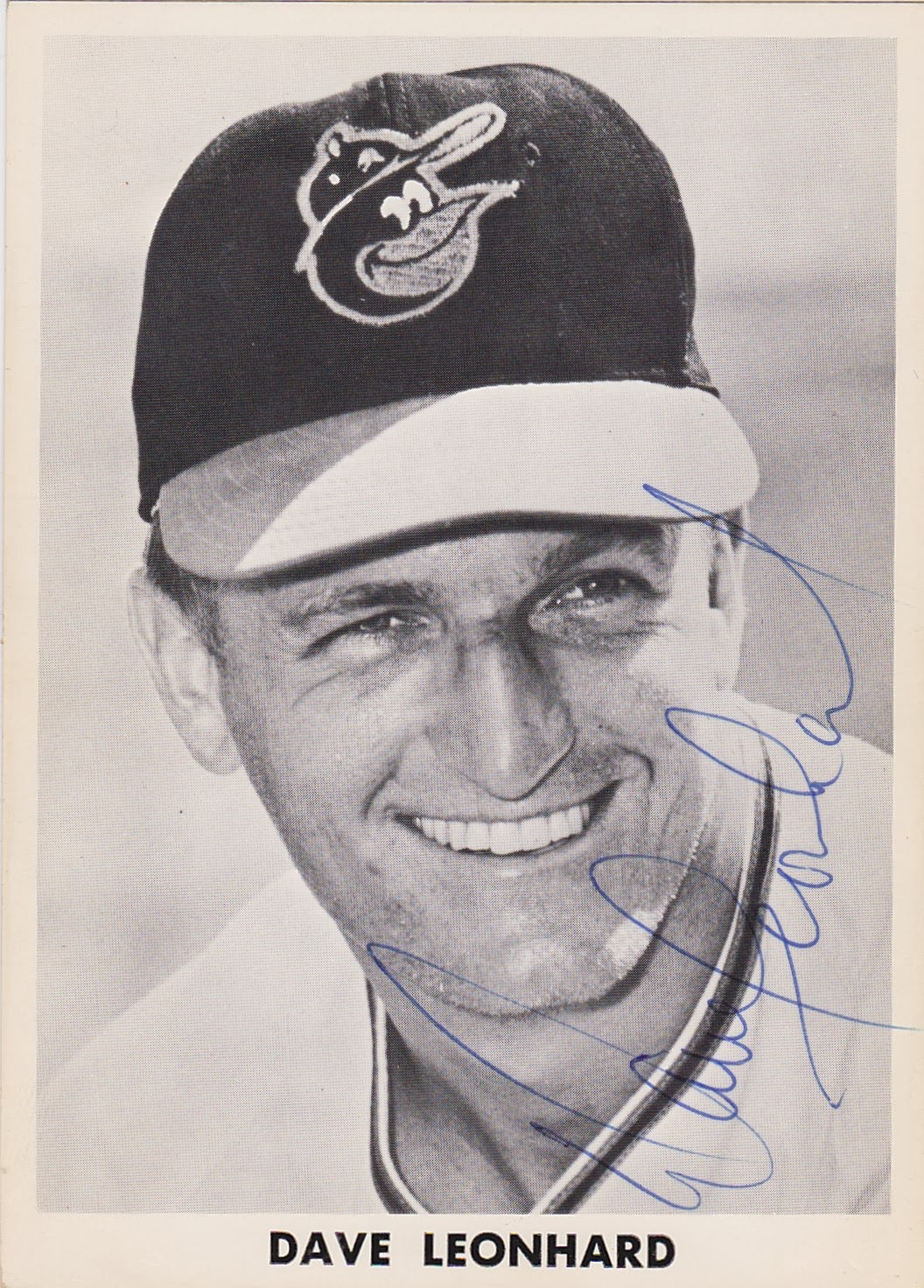 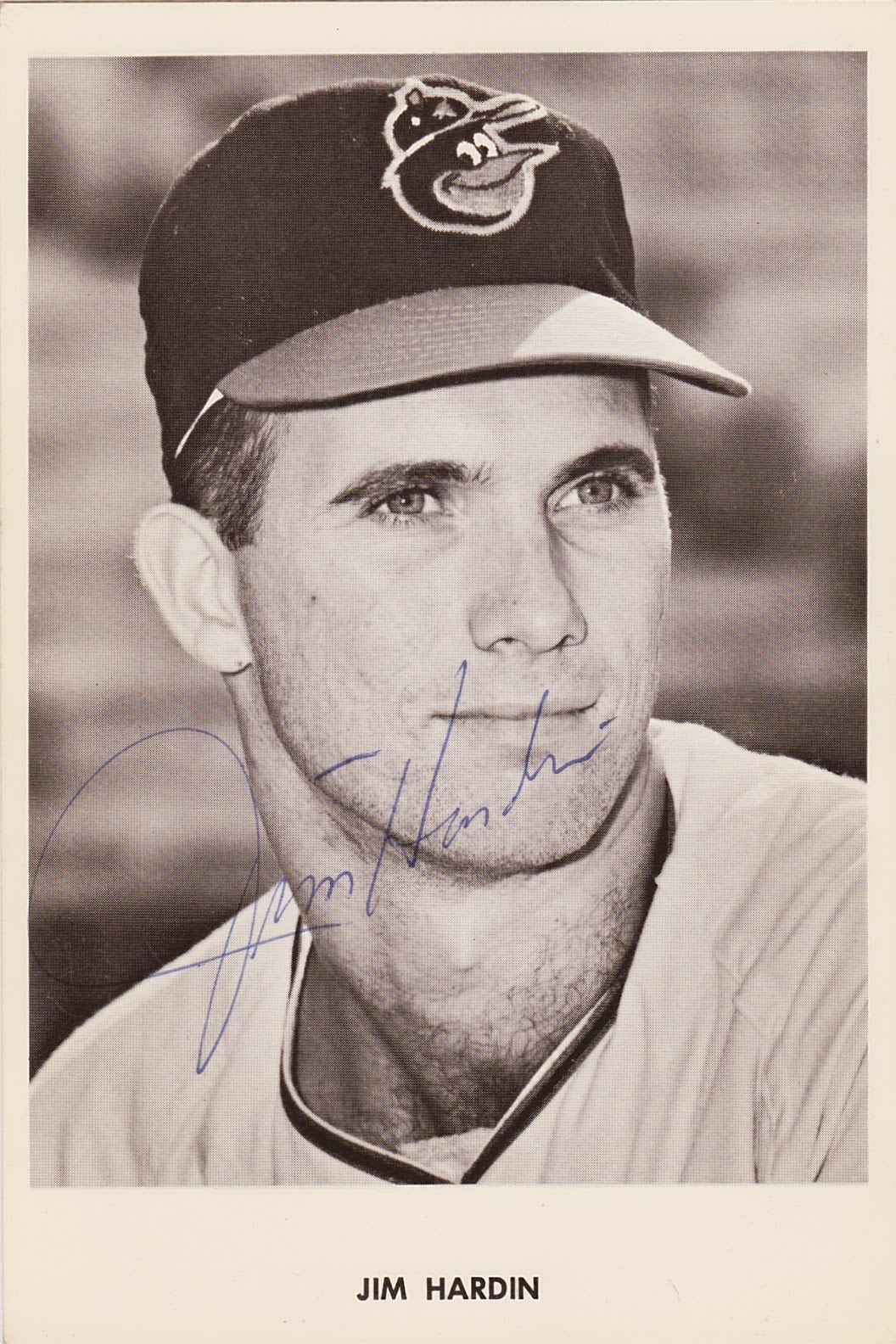 I have the identical cards in their color versions (although that typeface on the Hardin is unique (much smaller) among my Oriole postcards. I don't know if the team gave these B&W cards to the players to send out with autograph requests. If so, why not use the color variety that are so prevalent? The two guys who have compiled checklists of Orioles team issued postcards don't even list black and white ones. Interesting.

Both of these are blank-backed as were all the color versions from that era. Also blank-backed is the Harvey Haddix card below. It's interesting in that it it appears to follow exactly the format of almost all Orioles team-issued cards from my collection. But Haddix' time with the Orioles ended in 1965. I have no Oriole postcards in that style from earlier than 1970. I know the team issued them since 1954 but I have never seen one from the early/mid-60s in this style. Looks like some detective work is in order for me. 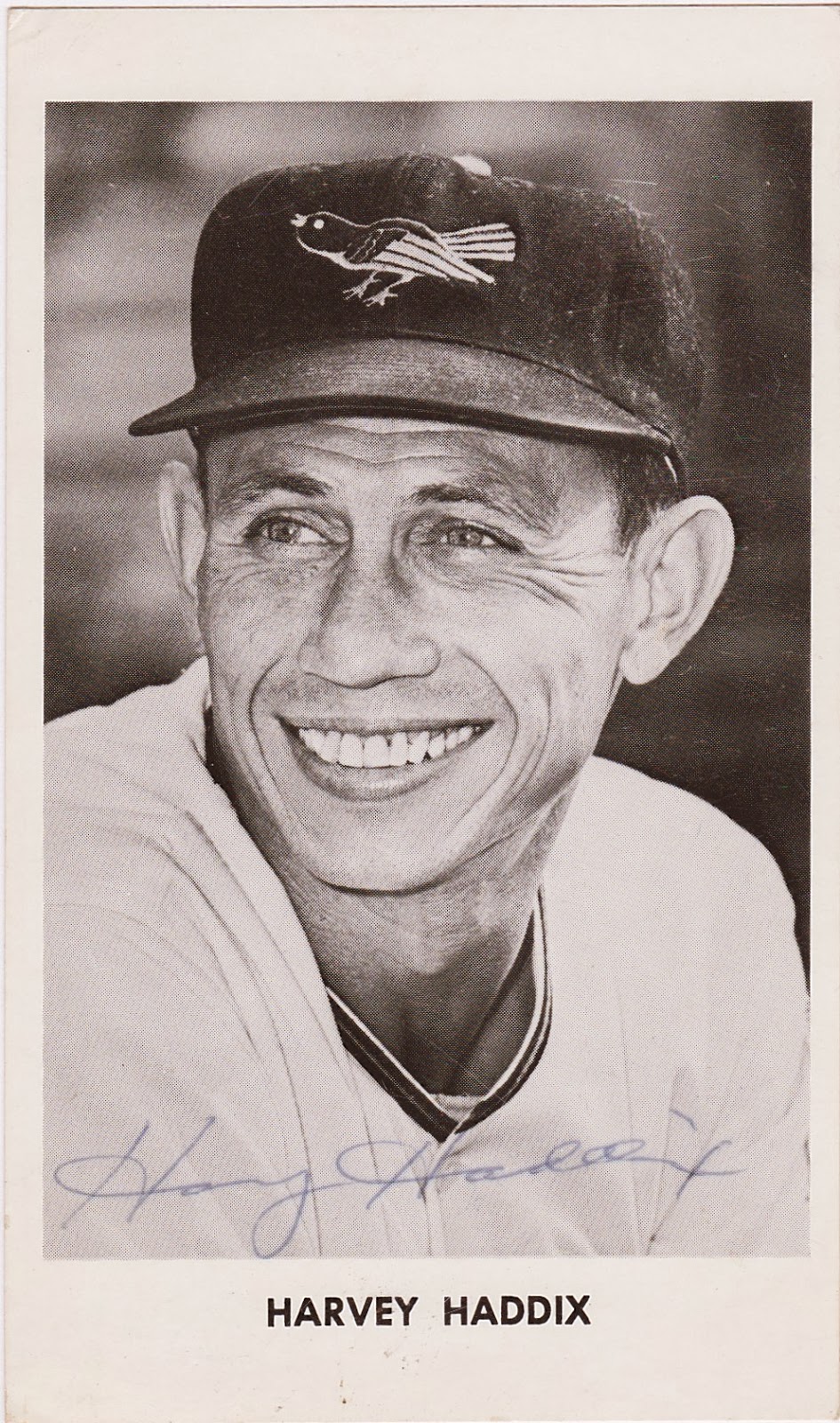 UPDATE: The Whitey Herzog postcard below was on eBay and follows the same style as the Haddix. So it looks like the Orioles used that same typeface and style quite a bit during the era of B&W postcards.

Bonus card... digging further in my binder I came across this Moe Drabowsky signed card stuck in the back with some color cards. It's a JD McCarthy card as evidenced by the name block and the 'JMD' logo that all his stuff has. I touched on the history McCarthy postcards a little bit in a previous post.

Gotta love Moe Drabowsky. Rare is the picture that doesn't show him grinning. He's make for a fun PC. Sounds like a plan. 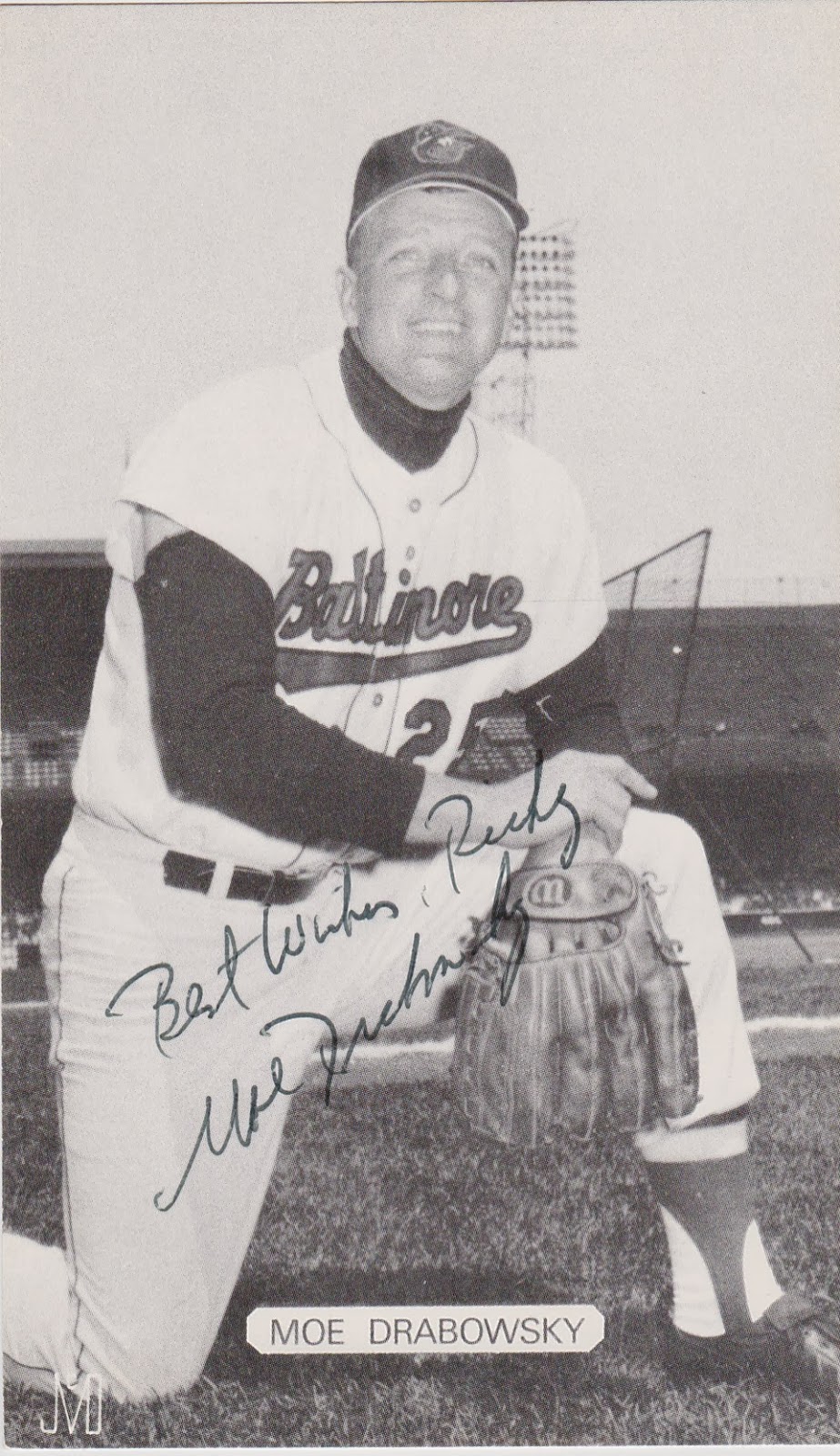