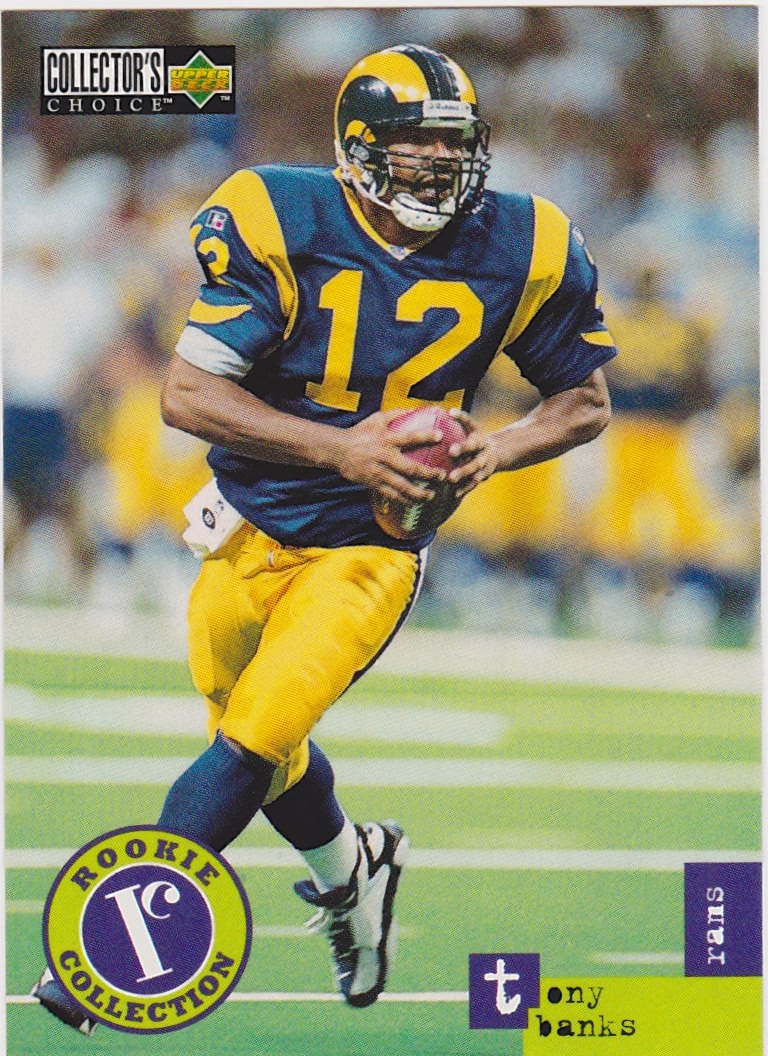 From the 'ying' of Dan Fouts in last weeks' initial post in this series we hit the 'yang'. This is the 1996 Upper Deck Collector's Choice card of Tony Banks.

NFL Info: Tony Banks played for four teams over nine seasons and currently works as a sideline reporter for the Big Ten Network. He was the Rams' starter for three years and started about half of the time during 1999/2000 seasons for the Ravens. He started 14 games for the Redskins in 2001. He finished up as a back-up to David Carr in Houston.

Fantasy Angle: I had Banks on my bench in 1996. I never had to use him. Drew Bledsoe took me to my second EHFL title playing each week other than his bye when Jeff Blake filled in and got me a win. 1996 was a sweet season for me, the first of back-to-back championships. 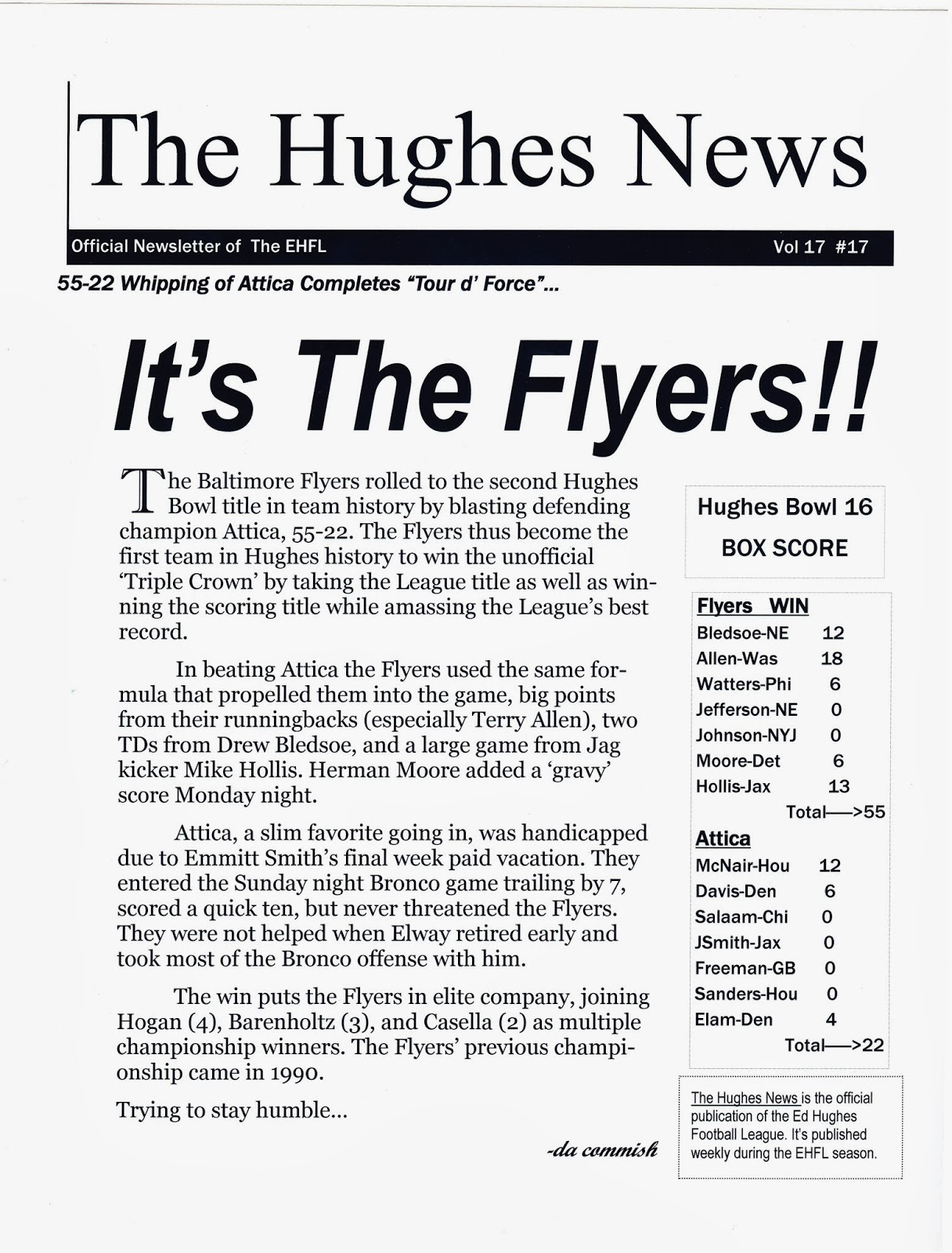 The Card: It's a hellish mess. The front is better than the reverse but that's just damning with faint praise. It would make a nice Sports Illustrated for Kids card. But it is from '96 and it's got Banks as a Ram so it's in my binder. 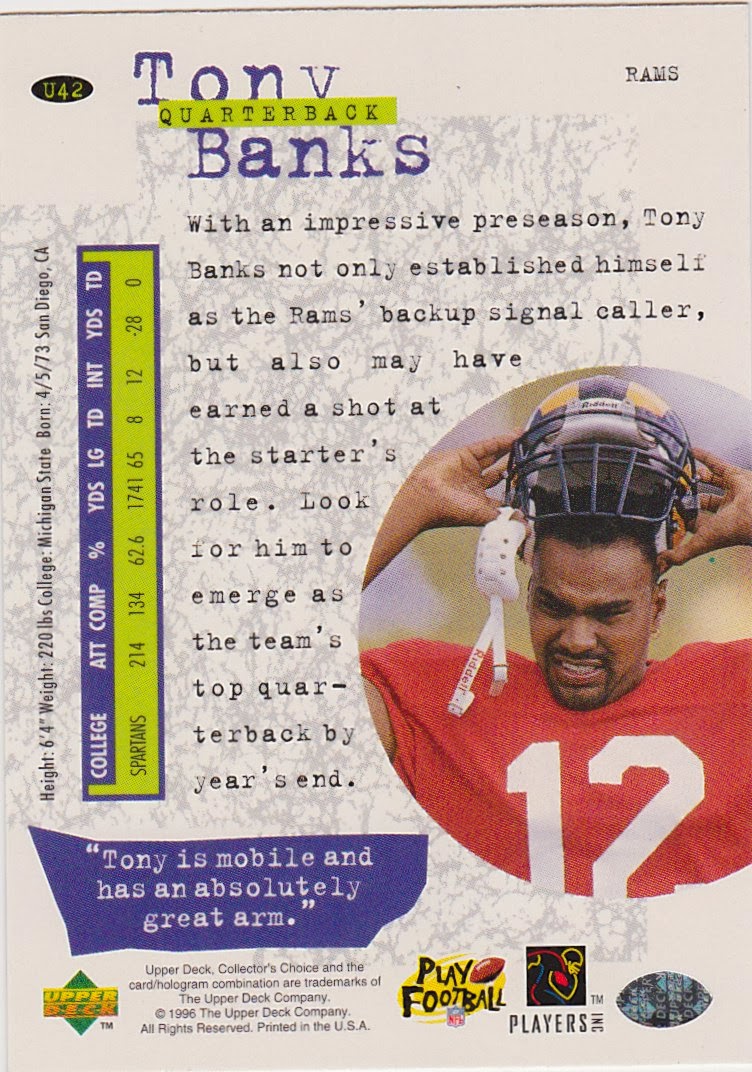