eBay is a funny place

(Alternate title: "Just what I need, another thing to collect")

On a whim I traded in my Ford Fusion last week while on Spring Break. Great car but I had put 75,000 miles on it in just under four years and I wanted to get something out of it before it depreciated to zip. I bought a Mustang. I had begun by looking at Fusions and the Taurus and ended up with this: 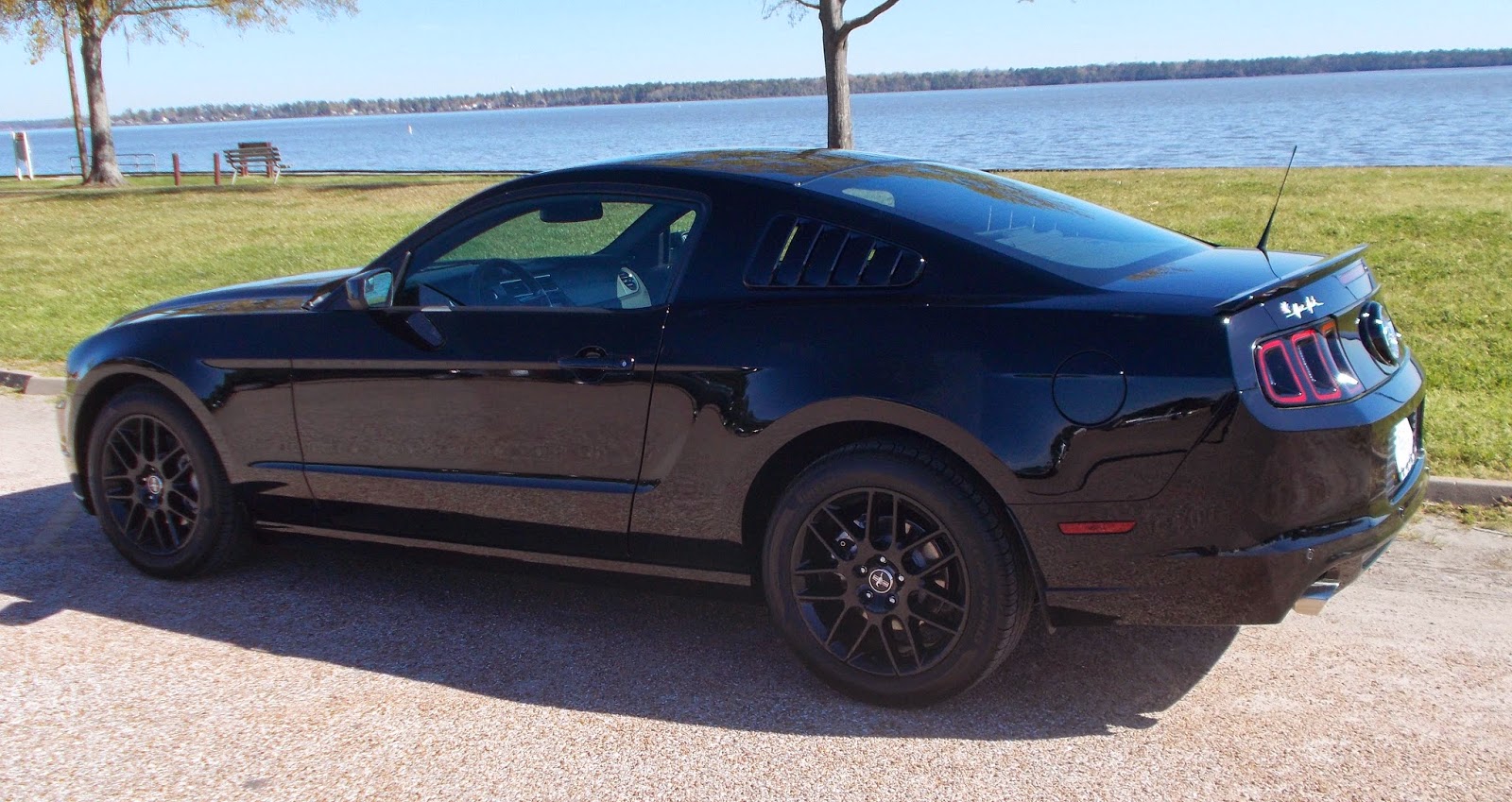 I figured "what better car to buy on Spring Break than a Mustang?" My wife's reaction was somewhere near the middle of this scale: 'annoyed' <-------> 'bemused' (married guys will know what I mean) but she's on board now finally decided not to kill me (I'll let her drive it....once). Anyway while visiting the showroom of the place I bought it I was struck by the fact that the dealer didn't have a table full of new car brochures. I have the brochure for every new car I've ever owned. The sales guy said he knew other dealers had them but they didn't see the benefit of giving them out.

So the other day on a whim I ran a Google search on "2014 Mustang brochure" and among the first listings I found this: 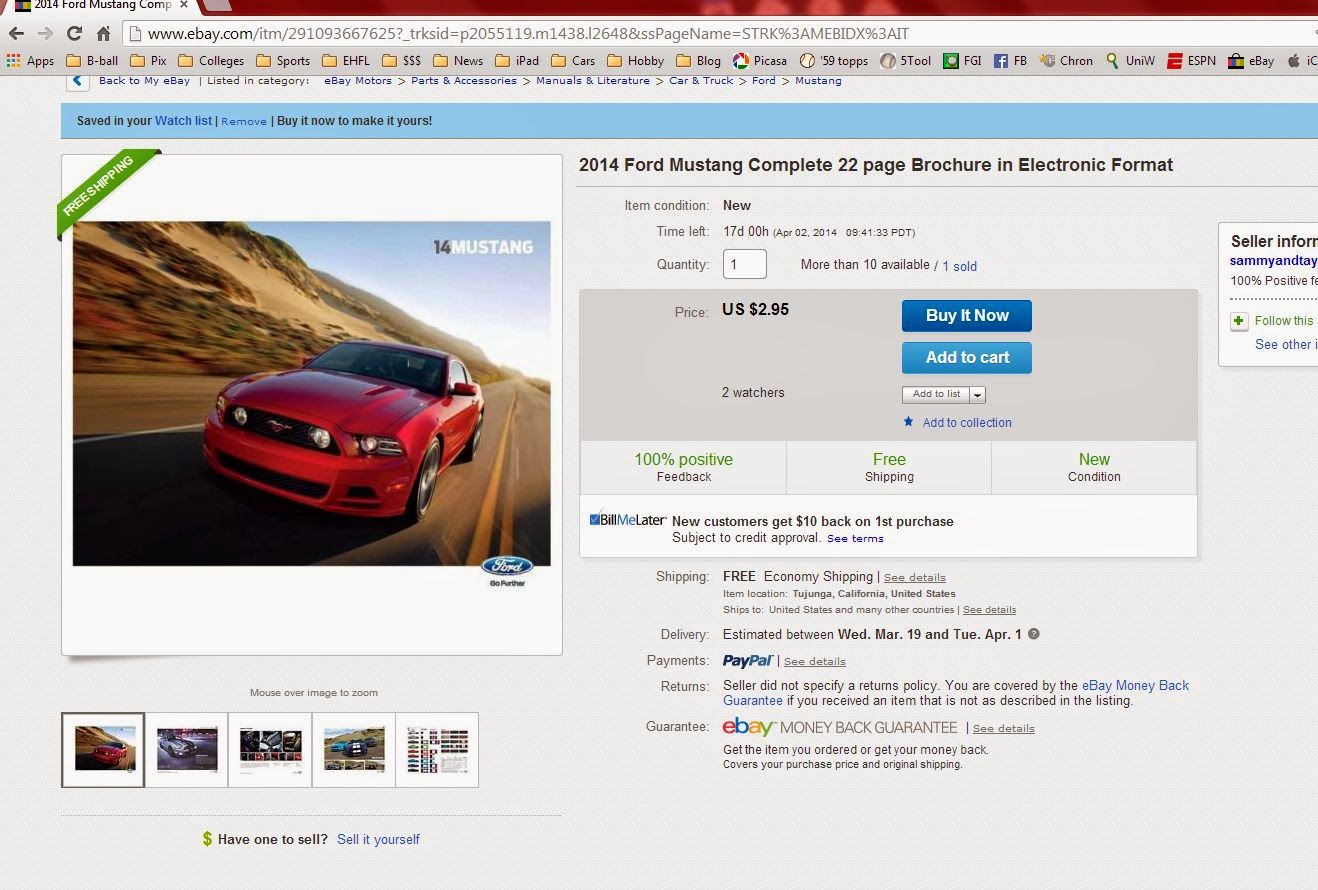 Someone was asking $3 for an electronic version of the '14 brochure. I figured I'd if there was one available I could find it elsewhere and I did in about 10 seconds. It's available for free from FoMoCo as a PDF. Same thing that guy was selling for three bucks.

I also found this: 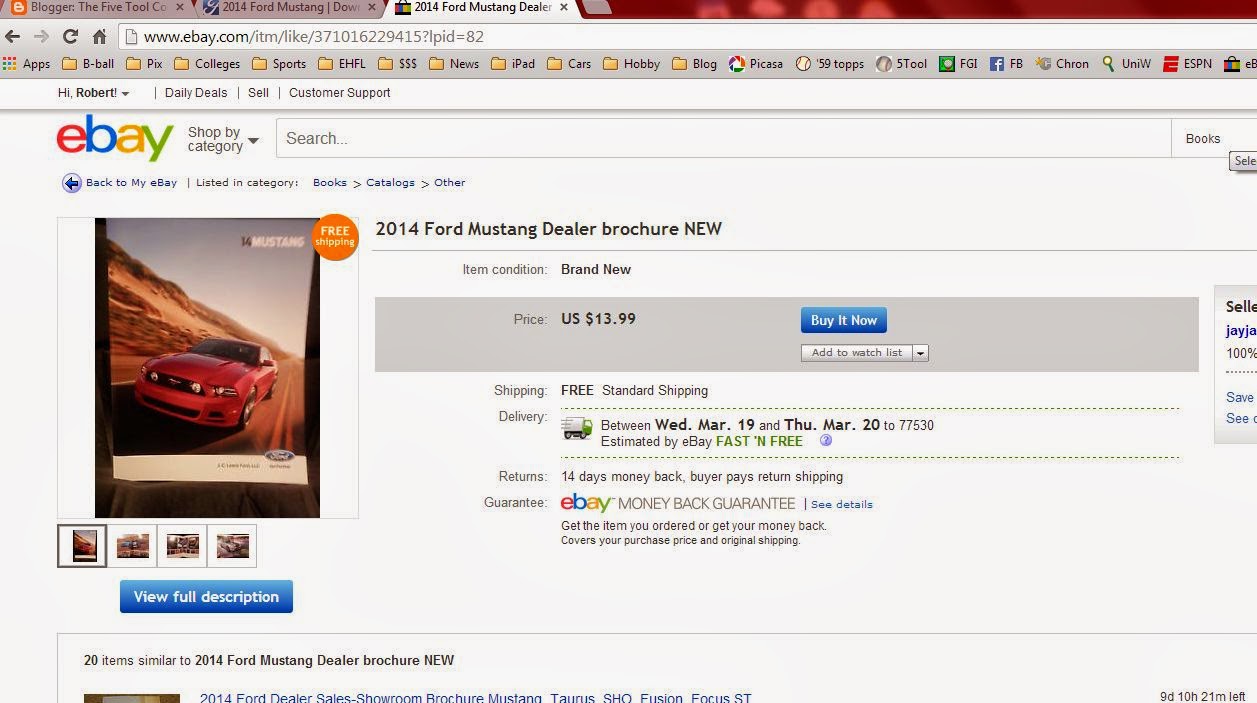 So for only $14 I can have the printed version. One problem. Ford will mail me the damn thing for the asking, for free.

I see my new source of retirement income. Going from showroom to showroom gathering car brochures and selling them to suckers online. What a country.

During my search I found all manner of vintage Mustang brochures, some were really cool. I'm considering picking up a few. You know how I feel about publications. Since the Mustang is celebrating it's 50th anniversary there is no way I could approach this with the idea of having a complete run(!) but adding one from each of the identifiable versions might be a cool thing to do. I need to give this some thought.
Posted by Commishbob at 5:00 AM