Jay Publishing, who put out the Yankees yearbook that I posted a week or so back, was better known for the Picture Packs they sold through the mail, at some retail outlets and especially at ballparks. I know they sold them at Yankee Stadium and I remember them at Manny's Baseball Land across Jerome Avenue under the elevated subway.

I'm guessing most collectors of vintage stuff are familiar with these. They were produced as far as I can tell from about 1956 through the mid-60's. All are 5'x7' and all were black and white. The sets usually contained 12 player pictures but many set had a manager's picture included. All are blank backed as far as I know.

I recall them in manila envelopes because I bought some through the mail but I see them on eBay and in auctions in plastic packaging. I suppose that's how they were sold in ballparks but I can only picture the photos being hung up individually at concession stands, probably as a way to advertise them.

I had some when I was a kid and I still have a couple of Orioles pictures from the sets. But within the last few months I've found a four picture Billy Pierce lot and a couple of single ones. I also bought a White Sox partial team set to get the Pierce.

This one with Pierce posed at Yankee Stadium is my favorite. Brings back memories of seeing him pitch there. 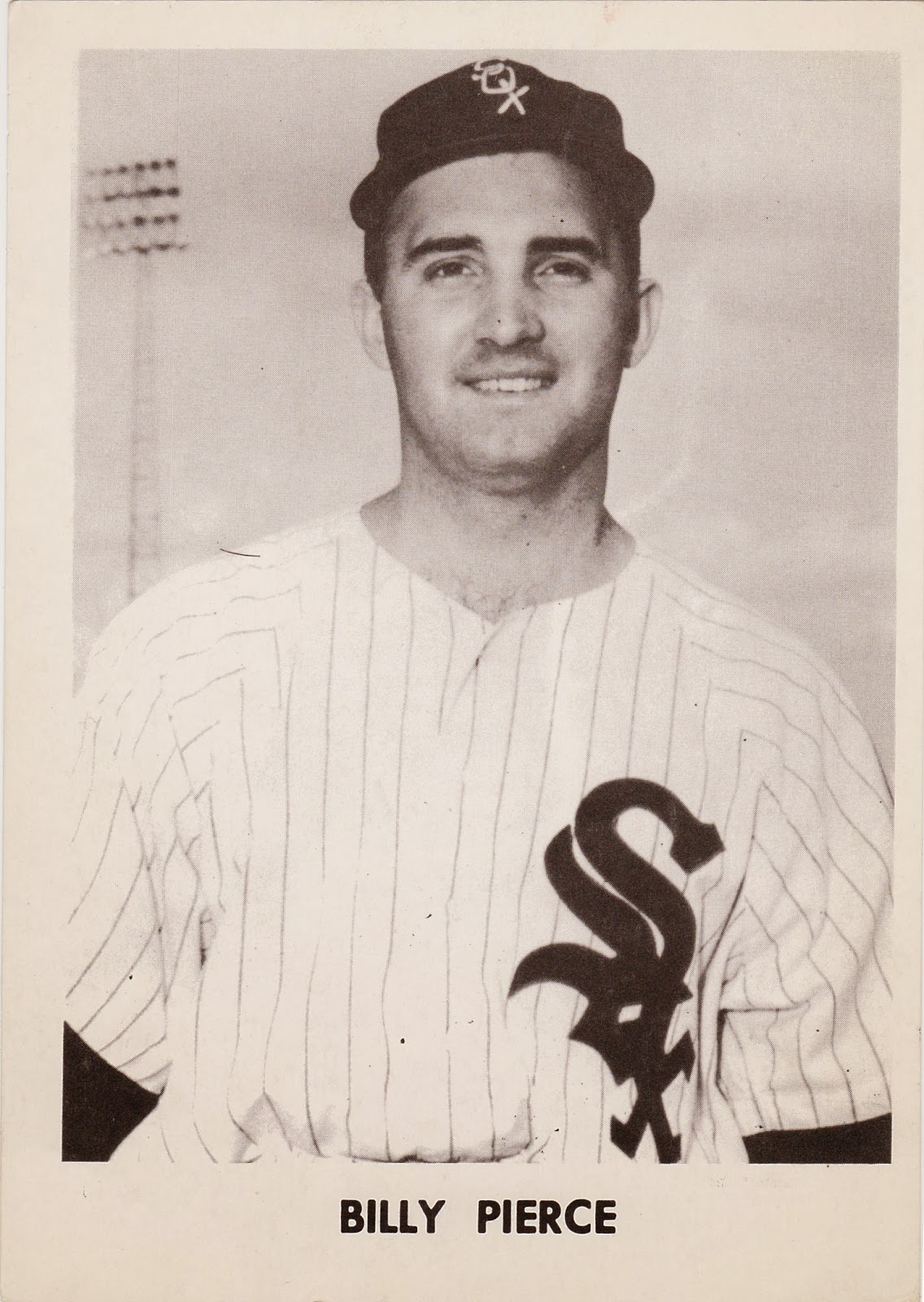 All the others are portraits. Funny thing about these Jay Publishing pictures. The paper stock varies. The type font varies. The caption varies (team, team w/city, no team). It's as if Jay Publishing put the production out for bids and chose a different contractor for each set or year. 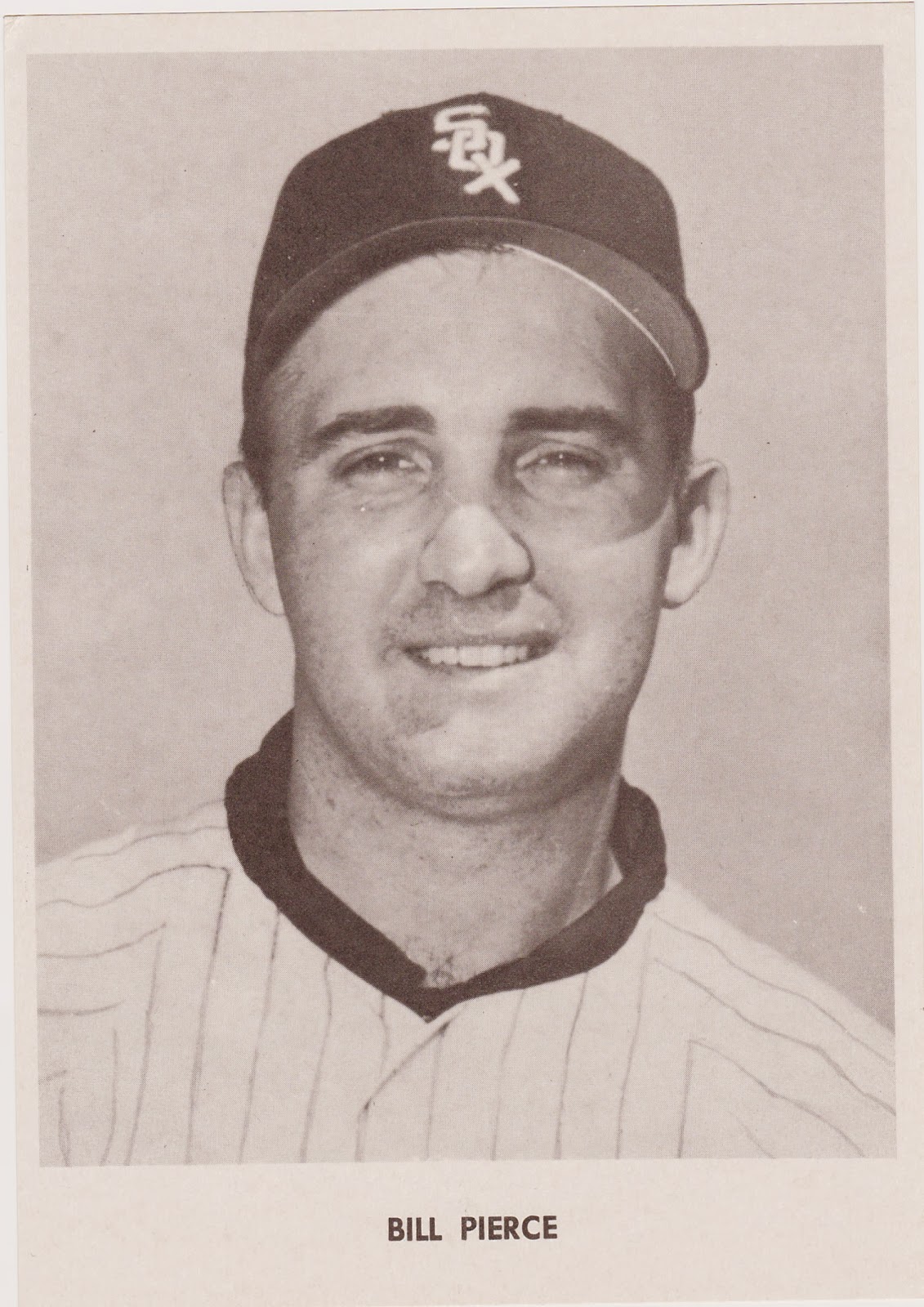 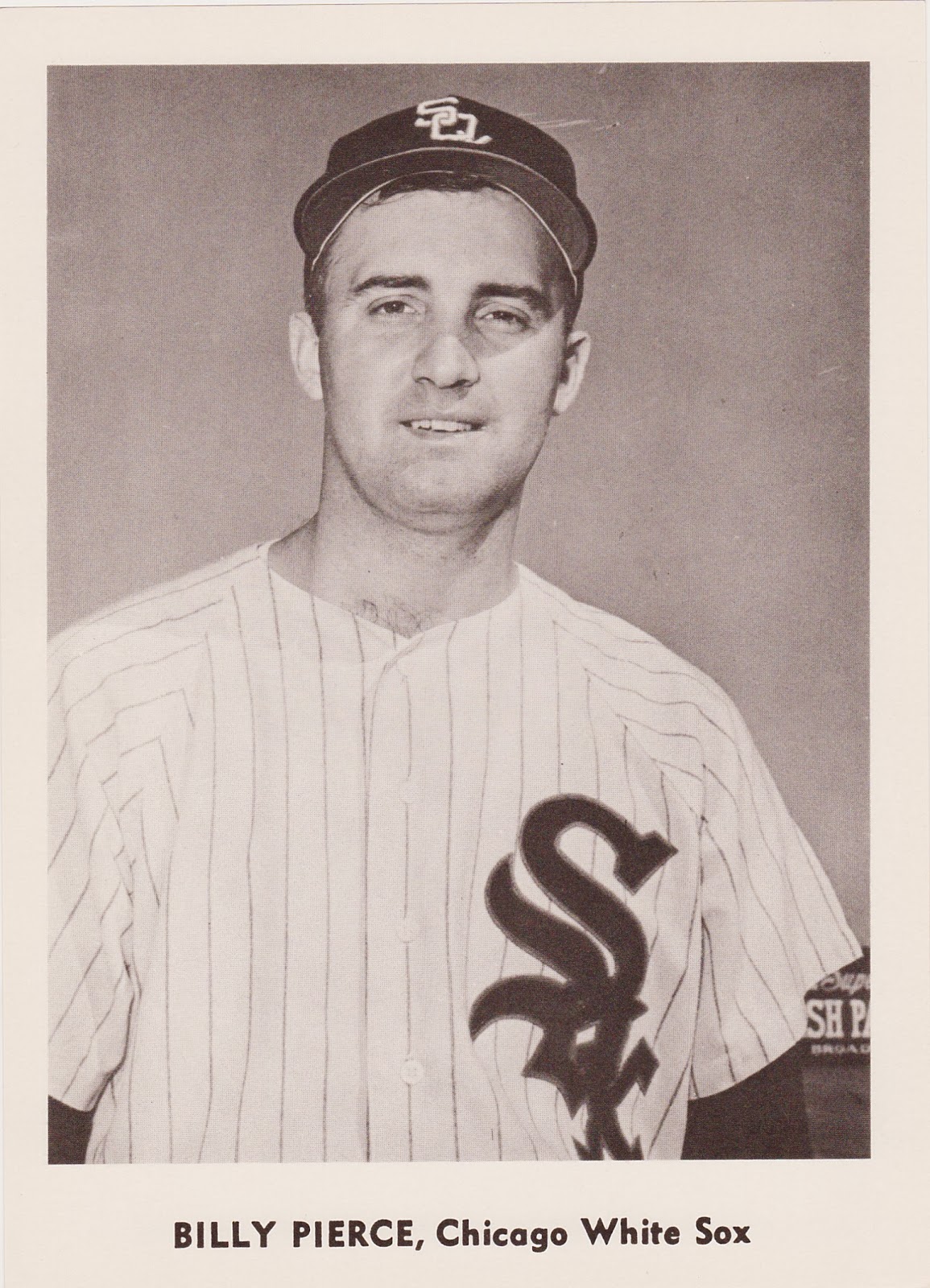 These last two are the same photo with slightly different cropping.

I have a few from Pierce's days in San Francisco and I'll post them separately.
Posted by Commishbob at 6:30 AM