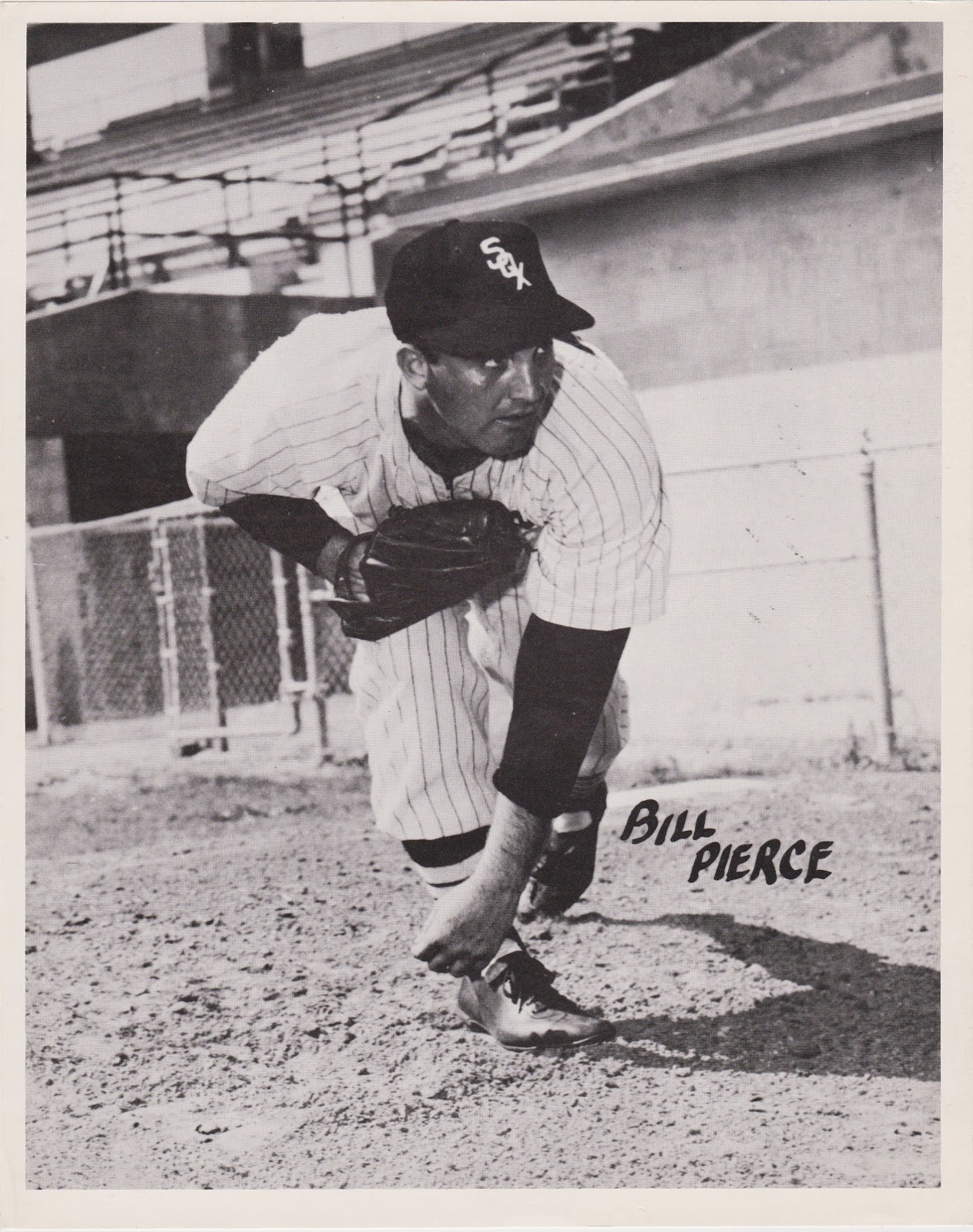 That right there is a Manny's Baseball Land 8x10 of Billy Pierce. Manny's was one of two retail sports related 'meccas' of my youth. The other being Gerry Cosby's which was located on the ground floor of Madison Square Garden.

Manny's took up a big chuck of River Avenue across the street (and under the elevated tracks) from Yankee Stadium. No trip to a game was complete without spending time at Manny's checking out the pennants, player picture albums, yearbooks, photo packs, pins and caps. Lord, it was the coolest place on earth to me and my friends.

Manny's also ran ads in sports magazines. We thought we were 'special' because we could get our hands on the myriad of sports treasures Manny's had live and in person while kids across America had to wait on the mailman for their authentic Braves cap. 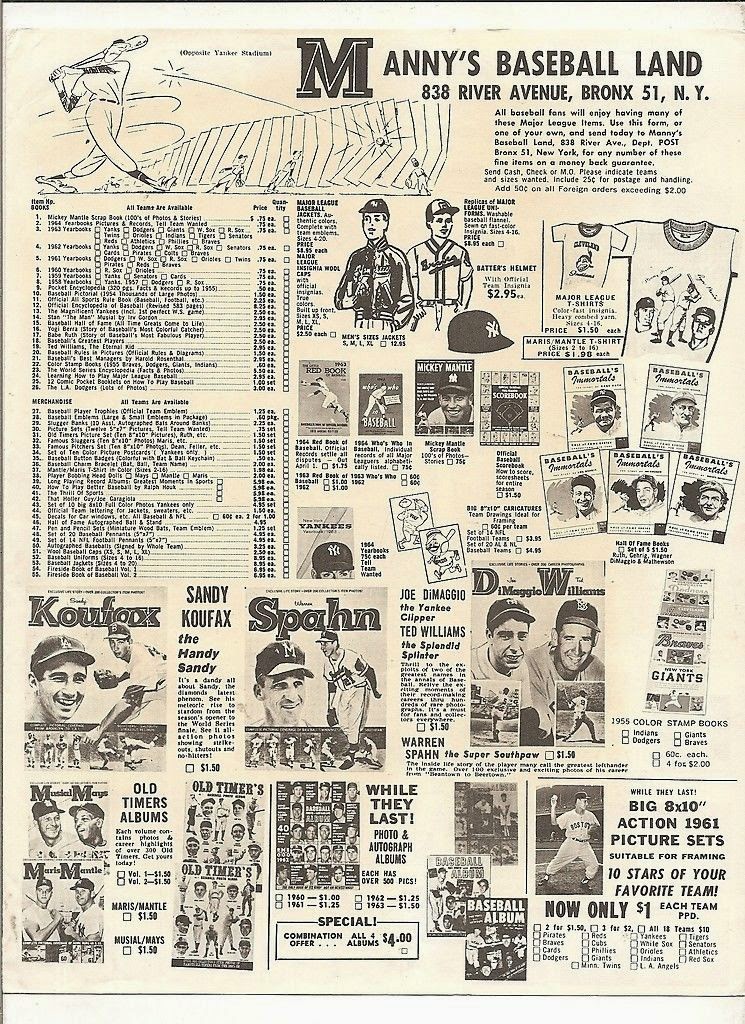 I can remember buying caps, yearbooks and pennants there but never any 8x10 photos. But I see references to them on eBay quite a bit. I grabbed this one of Pierce just as an 'oddball' item for my collection. I don't think I ever bought one as a kid. We plastered our walls with color pictures from Sport Magazine.

I remember reading that Manny's moved across the river to north Jersey and became strictly a mail order business. I may be wrong about that. The block that housed Manny's retail store in the Bronx is now occupied by about five different businesses all owned and operated by someone named 'Stan'. There is a bar/restaurant, a cap store, and various other baseball themed enterprises. They all look like crap. Hey Stan.... I knew Manny's, and you are no Manny.

Below is one of my three 2014 Topps cards. Too bad Manny Machado isn't going to play for a couple of weeks. Hopefully he doesn't suffer any setbacks in his knee rehab. I'm looking forward to seeing him play for four games against the Astros here in late May/early June. I've got my tickets and a new Orioles polo.

Yes, I already have my wardrobe planned for the series. Orange Orioles polo on Thursday, Baltimore Elite Giants t-shirt for Friday (that is MLB's annual Civil Rights Game night hosted this season by the Astros), Brooks Robinson 1962-style Mitchell & Ness jersey on Saturday and 'Macho Manny' tee on Sunday.

I think this Machado card is just a part of the regular base cards. But it's a pretty neat card nonetheless. 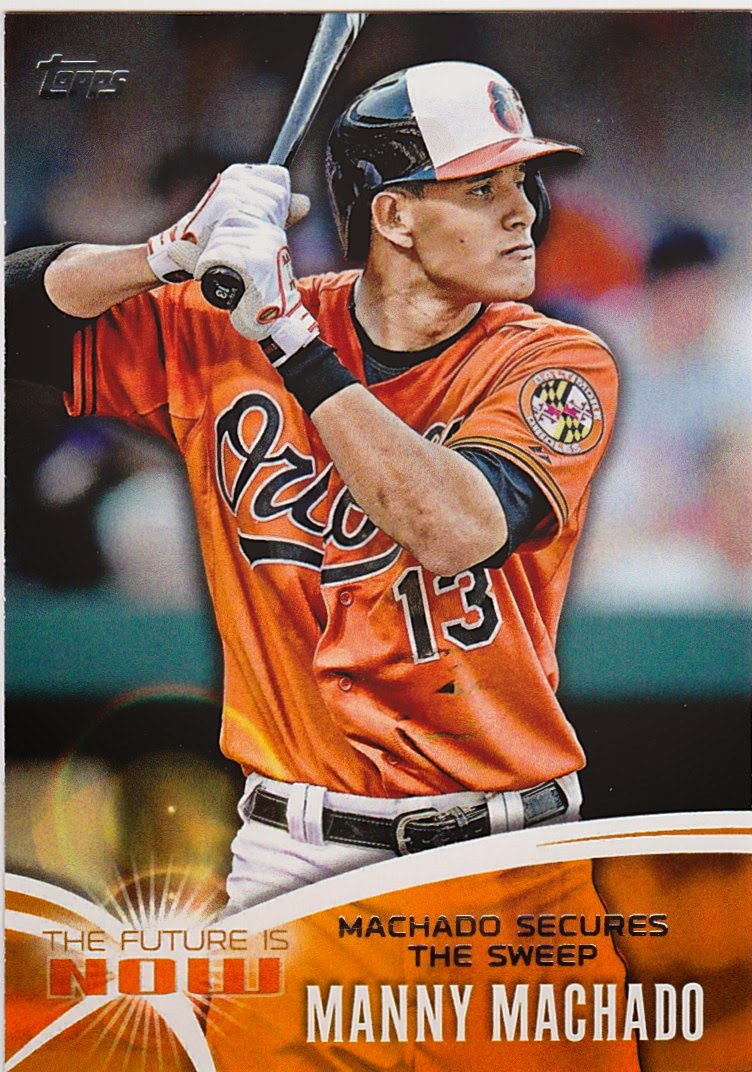 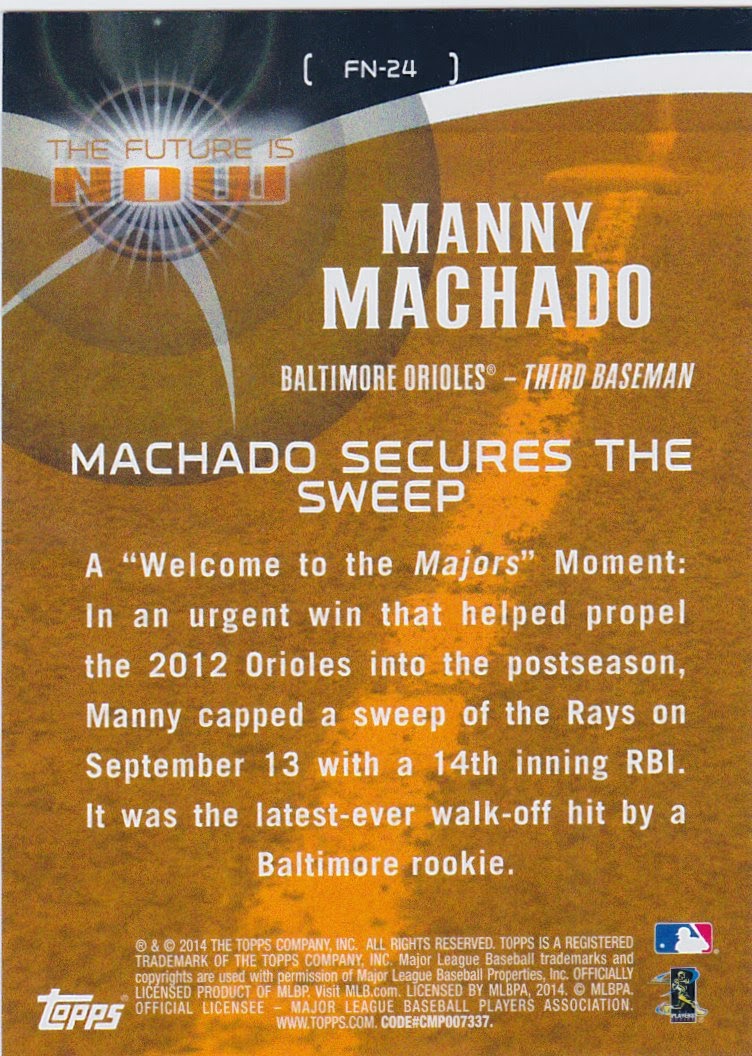