Blogger's note: I realize it's Spring Training time and nearing Opening Day for baseball but now that I've completed the posts for my lame duck '59 Topps blog I have time to pursue a few things over here that I've been kicking around in my head for awhile. Feel free to skip on past. 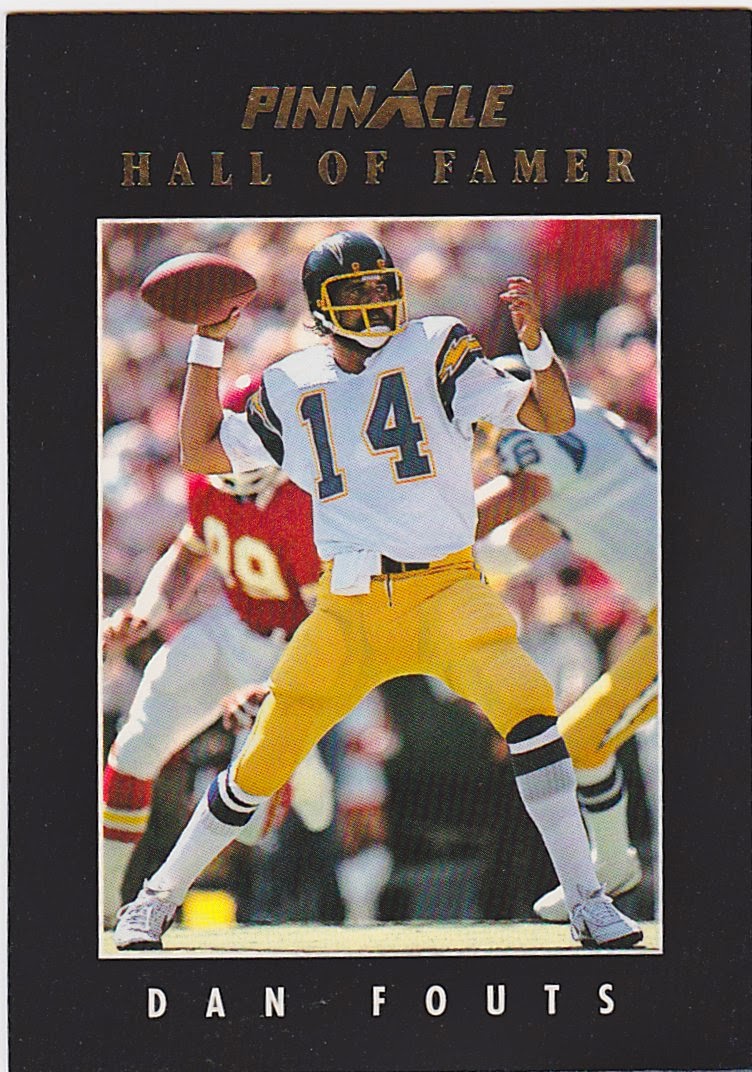 In this ongoing (weekly?) series of posts I am going to feature cards from my fantasy football player collection, specifically the 117 quarterbacks I've had on my team's roster since 1980. I have one selected card for each player in my All-Time Flyers binder. Through the years I've tried to use as many different card varieties as possible while holding on to my preference which is: a card issued in a year I owned the player showing him in the proper team uni in a vertical format. Card availability and my whims have had a big impact on that standard as we will see. Does this qualify as a 'fantasy football Frankenset'?

And right off the bat I'm showing a card that deviates from my standard. But Dan Fouts is a fantasy legend (as well as a football Hall of Fame player) and he played a role in the history of my league and my team. I wanted to kick things off with him.

NFL Info from Wikipedia: Fouts played his entire professional career with the San Diego Chargers from 1973 through 1987. He was one of the most prolific passing quarterbacks during the 1970s and 1980s, but the Chargers were unable to make it to the Super Bowl during his fifteen-year career. He led the NFL in passing yards four straight years from 1979 to 1982, and became the first player in history to throw for 4,000 yards in three consecutive seasons. He was inducted into the Pro Football Hall of Fame in 1993.

The Fantasy angle: Late in our initial season of 1980 I traded Bert Jones for Fouts. It was the leagues' first 'blockbuster'. Fouts helped me win a couple of late weeks as high scorer but I finished second in the standings as they were compiled that year. Four seasons later, having drafted him with the first overall pick of 1984, I traded him for Eric Dickerson in a deal that was (and probably still is) the only trade of NFL Hall of Famers we've ever completed. It was a huge transaction at the time.

The Card: This is a Pinnacle card comes from 1993, the year Fouts was elected to Canton. The four card subset featured Hall inductees Larry Little, Bill Walsh and Chuck Noll in addition to Fouts. I have many cards of him from during his career but I really like the look of this one and love both pictures they used. Plus, with him being a Hall of Famer in the NFL and my league (yes, my league has it's own Hall of Fame), I figured it was appropriate. 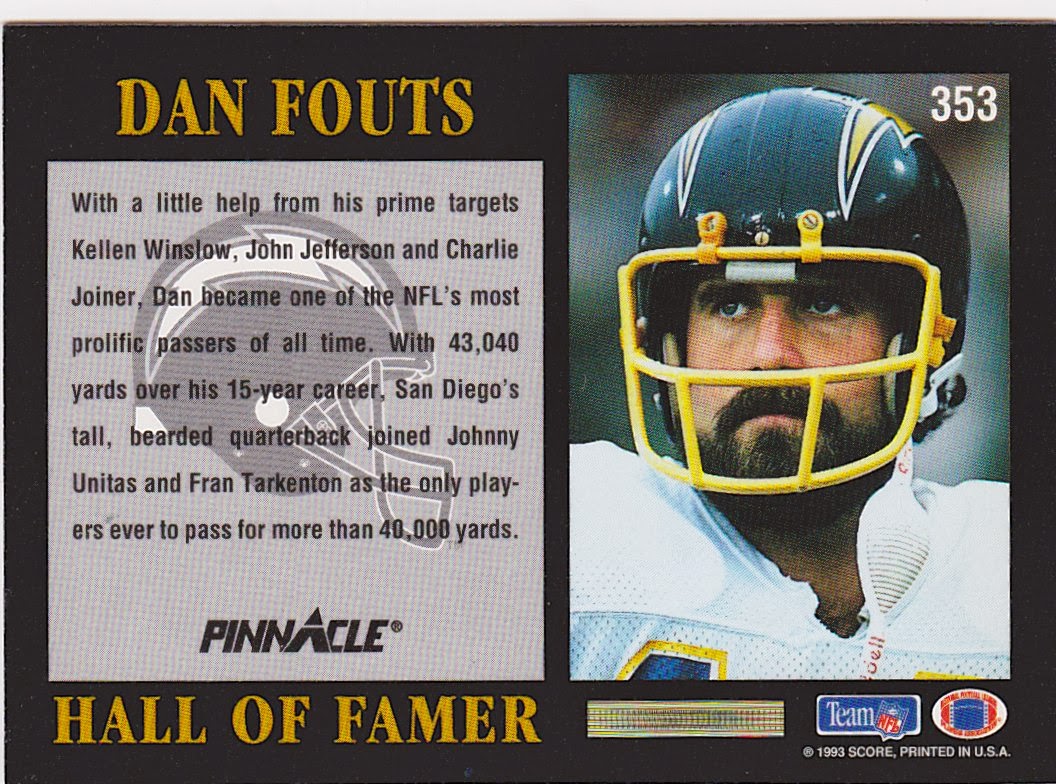 Posted by Commishbob at 3:28 AM