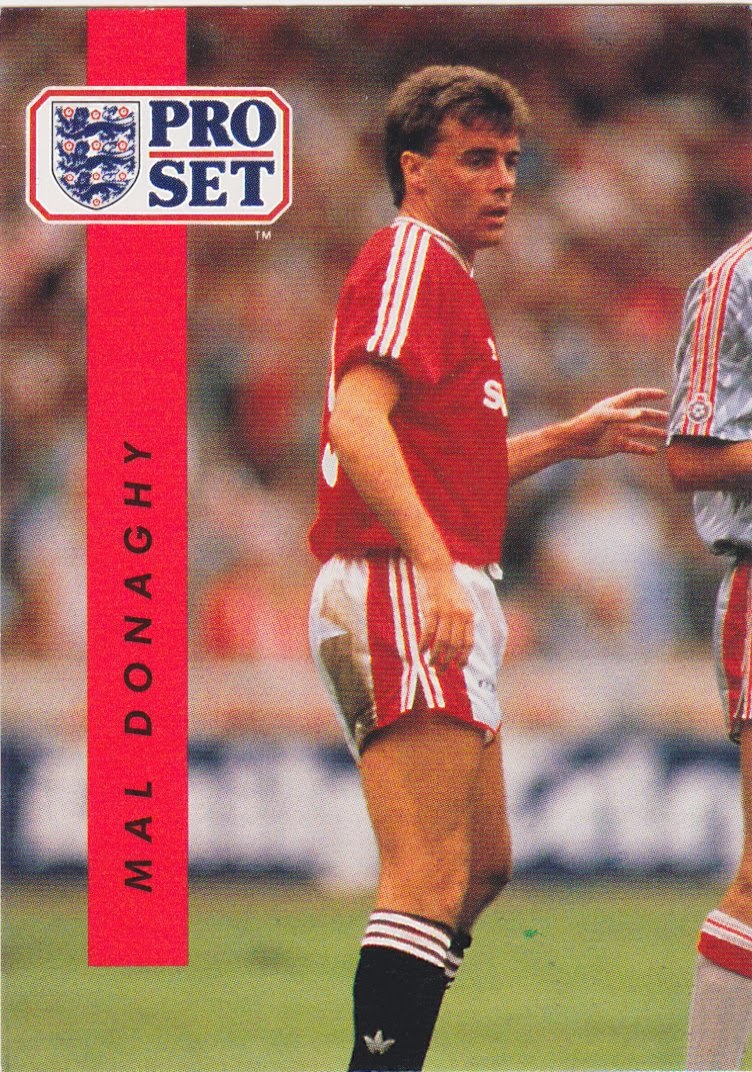 Certainly not me. But Fuji knew. Fuji knows a lot of stuff including how to buy a box of cards to finish a set he hadn't started. And he sent me these examples out of the 1990/91 set. There was a set issued the following season as well.

All are Manchester United players. That's my team and I make no apologies. One day I hope to make it to Manchester to see a match at Old Trafford. They are certainly struggling this season as they adjust to a new manager. It just doesn't look to be their year.

Man U. is touring here in the States this summer with matches in D.C. and Denver. I'm trying to figure out a way to make it to one of those. I've only seen Man U play live once, here in Houston against the MSL All Stars. I'd love to see them in an EPL setting.

Anyway here are the cards. None of the three players were stars but all had notable careers. Danny Wallace laft the game after it was discovered he suffered from MS. That hasn't slowed his post-career life any. 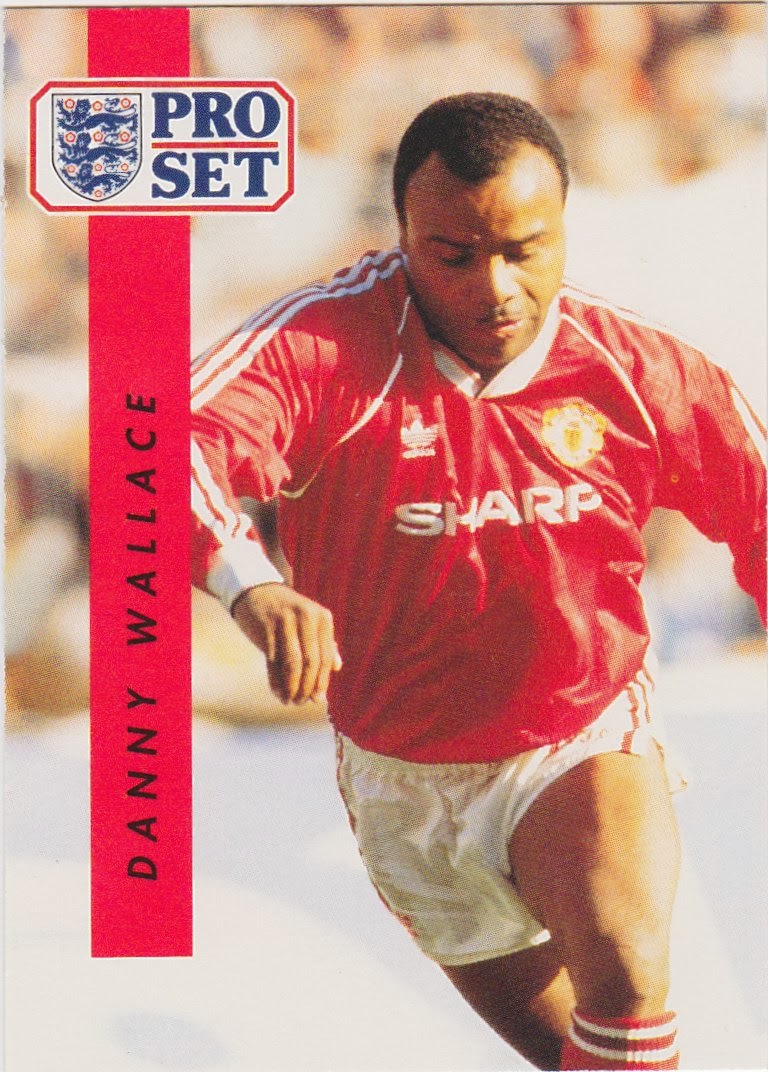 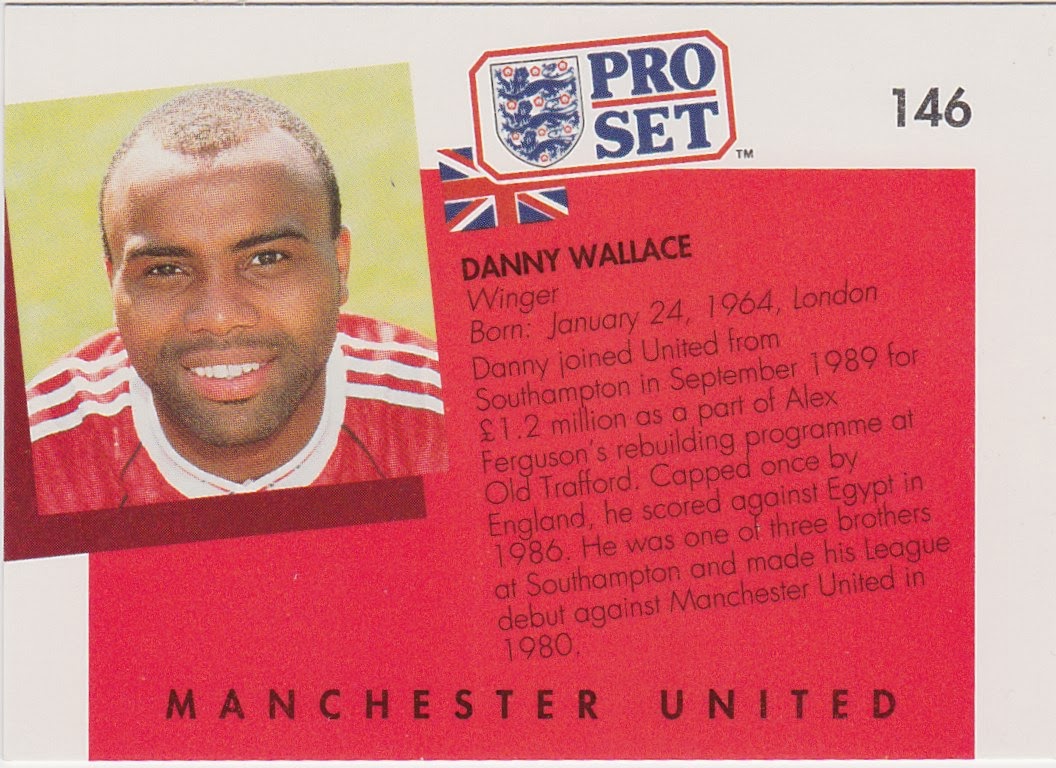 Mike Phelan came back to coach and manage with Man U under Alex Ferguson in 2008. He was let go when Sir Alex retired. 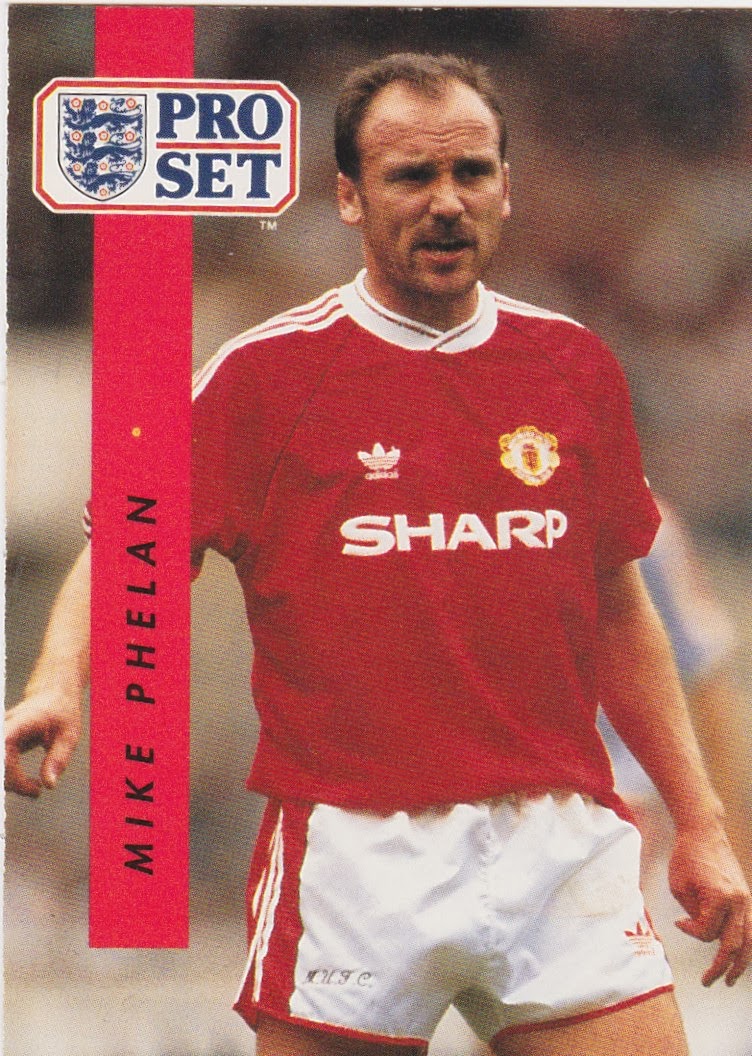 Thanks for the cards, Fuji. I hope you get the set(s) finished soon.
Posted by Commishbob at 6:00 AM